After $2.3 Billion Sale, Entrepreneur Shares the Secret to Growing His Business

Billionaire pet-food entrepreneur Clay Mathile says to really grow your business, you've got to learn how to let go at some point. He learned that lesson the hard way.

Mathile, an Ohio farm boy turned business magnate, came on board to manage pet-food company Iams in 1970 when it was doing $500,000 a year in sales. He put all his energy into the business, working 12 to 16-hour days. A decade later when he bought the company from the founder, sales had grown to approximately $10 million a year. By then, Mathile had gotten to the point where he couldn’t manage the business on his own. He scouted out the best plant manager he could find and hired a man named John Polson. 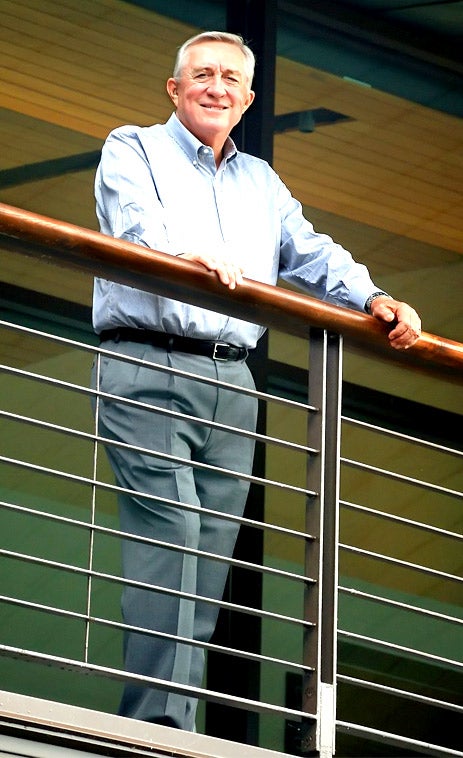 But even with an extra pair of hands on board, Mathile didn't slow down. About a month after he started, Polson took Mathile out to lunch and asked him, “Are you going to let me run this plant? I mean, you hired me to run this plant. You are running the plant. That is fine; it is your plant. But you hired me to run it." Mathile realized at that moment he had been unable to let go of control over his company, and it was actually turning into a detriment to the company’s success.

In an ensuing professional management program that Mathile signed up for in 1982, he was asked to write all of Iams’s production and manufacturing struggles on white boards. “Seventy-five percent of the problems that were up on that wall, I created,” recalls Mathile. “Most of the problems were mine.”

Over the next three decades, Mathile took Iams to a whopping $1 billion in annual sales. Part of what allowed him to turbocharge growth, he says, was to step back, look at what he was doing, let go of his desire to control and listen to the experts he had hired.

In his new book, Run Your Business, Don’t Let It Run You (Berrett-Koehler Publishers Inc., 2013), Mathile explains the importance of implementing a professional management system in your business, so that you can stop working those 16-hour days. “You need to let go instead of holding on so tightly,” says Mathile in the book. If you don’t bring on expert employees and begin delegating responsibility, you will prevent your business from growing to its full potential.

Mathile knows firsthand that ceding control can be a challenge for the passionate entrepreneur who has poured so much energy into the business. “This is a big shift, a shift in how you think of your role as the business owner and leader, as well as how you think of the roles of your employees and customers, vendors, distributors and others,” says Mathile. “More important, it’s a shift in how you behave, in what you get up in the morning and do each day.”

Related: Fran Tarkenton on Winning as a Self-Taught Entrepreneur 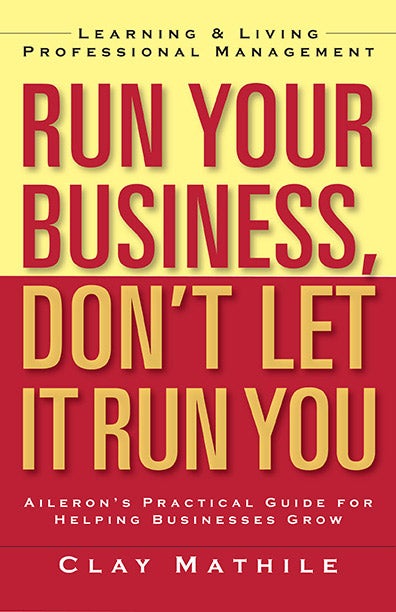 The business strategy that Mathile details in the book is also taught at Aileron, the nonprofit school for entrepreneurs that he founded in 1996. The school, located in Tipp City, Ohio, is named after the wing of an airplane because the teachings are meant to help entrepreneurs grow their businesses and “fly.” Aileron targets lower-tech businesses because high-tech entrepreneurs that are funded by venture-capital firms already get this kind of input, says Mathile. "They get this kind of training; they have a board,” he says. “The low-tech business owner has some of the same kinds of problems but has no place to go." Proceeds of the sale of Mathile’s book will go to Aileron.

To take your business from a startup to the next level, you have to create a clear growth strategy and align every single thing you do with that goal, says Mathile. Then you have to hire the right people to help you carry out that task.

At Iams, the mission was to enhance the wellbeing of dogs and cats by delivering world-class quality foods, says Mathile. Yet in the early days, he says he was making business decisions that didn’t align with that mission. For example, it took 15 years for Mathile to realize that Iams was employing salespeople who didn’t like dogs and cats. “We had people working in the sales area that didn’t like dogs, and they were working dog shows,” he says. They started making sure that the people they hired to work at Iams were passionate about pets.

“My whole career was a series of minor failures, and it was really just testing my way through,” says Mathile. All those failures, trials and errors, however, culminated in his three-pronged management strategy for making the transition from working “in” a business to working “on” a business. Here are the fundamentals of what Mathile learned, as described in his new book:

After selling Iams to Procter & Gamble for $2.3 billion in 1999, Mathile could very well have retired to a life of margaritas on the beach. But now, at age 72, he says he likes to give back to fellow business owners. “Most of the people I respect worked their entire life. They never stopped working and doing the things they loved to do, so I am doing the thing I love to do, which is helping entrepreneurs," says Mathile. "Why am I doing it? Well, because all those mentors that I had all my life, and I had them at every stage of my business life, most of those fellows are gone now. And I used to say to them, ‘What can I do to repay you for all those things you did for me?’ They all said pass it on to the next generation.”

Related: The World's Most Innovative Countries