10 Questions to Ask When Shopping for Your Next Smartphone

A smartphone is arguably the single most valuable tool for today's time-strapped entrepreneur. They help us navigate -- and hopefully dominate -- our overbooked professional and personal lives, instantly connecting us to everything we need on the go. Let's face it, without them we'd be lost.

"Behind every successful entrepreneur today is the right smartphone," says Jennifer Jolly, consumer technology journalist and author of USA Today's Tech Now series. "Finding the right one … can save you time, money and sanity."

But with a seemingly endless onslaught of bigger-better-faster smartphones bombarding the market, narrowing down the one that's the best fit for your unique requirements can be overwhelming. If you're over your current handset and itching for an upgrade, here are 10 questions to help you find your ideal smartphone:

1. Should I shop by carrier or by phone?
Most people stick with their carriers if they're happy with them. However, it should come down to which carriers offer the best coverage where you live, says Veronica Belmont, co-host of Tekzilla, a popular consumer tech help and how-to video podcast. "Ultimately, most big cities have a lot of options, so I'd go with the phone of your choosing," Belmont says.

If a new smartphone launches with an exclusive carrier, it's up to you to weigh the benefits and downsides of switching. Belmont advises that you "don't get locked into a contract for several years, an inferior coverage map or a data plan that doesn't give you unlimited access."

2. What about my contract? Am I eligible for an upgrade?

Or you could forgo a contract altogether. All national carriers offer prepaid no-contract plans.

3. How big of a screen do I need?
Size matters. If you're like Belmont, who likes to carry her smartphone in the front pocket of her skinny jeans, you might want to go for something slim and light, like the iPhone 5s or Motorola Droid Razr M, not something as hulking as the 5.3-inch display Galaxy Note.

"I used an HTC One this past summer and the biggest issue I found was using it with one hand," Belmont says. "I loved how the screen looked, but typing became a two-handed affair."

If you prefer a longer, wider screen, Jolly says Android offers the biggest of the big, including the tablet-like 5.5-inch display Samsung Galaxy Note II, and the 5.9-inch display, 1080p HD resolution HTC One max. Others in the mega screen crowd include: LG Nexus 5, Samsung Galaxy S4 Active and Nokia Lumia 1520 or 1320. 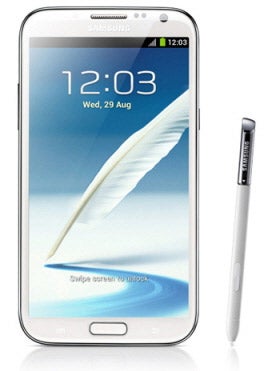 4. Should I get an iPhone or an Android?
Ah, the polarizing question you've probably been waiting for. It boils down to personal preference and brand loyalty, Belmont says. "Many people enjoy the openness and customization available with Android devices, and the iPhone is considerably more locked-down." App developers often release their products on iOS first, sometimes exclusively, so that could make iPhone a more attractive choice.

Belmont recommends that you hands-on test a smartphone before forking over any cash. "Either borrow one from a friend or spend some time checking one out in the store to see if the operating system feels good to you."

5. Which smartphone operating system is the most secure -- iPhone or Android?
Apple's iOS is generally regarded as more secure than Android operating systems. Plus, iOS is used more frequently in the mobile enterprise space, Belmont says. The openness of the Android platform "makes it easier for hackers to find a foothold." Malware threats to Android phones are up nearly 200 percent this year, and some 33 million Android devices worldwide are infected, according to a recent threat report by NQ Mobile.

Belmont points out that IT security companies like Sophos and Trend Micro have extensively detailed the ways in which iOS is more secure than Android.

6. Which bells and whistles should I be on the lookout for?
How you plan to use your phone will determine how fully featured it should be. Do you plan to use it as an all-in-one calling, texting, scheduling and entertainment center? Will you capture lots of voice memos, videos and pictures with it?

If so, then consider a top-shelf smartphone, like an Apple iPhone 5s, a Nokia Lumia 928, Samsung Galaxy S4, HTC One or LG Nexus 4. How big the price tag is depends on how big the screen is, how much data the phone can store, plus how high-res its camera is, how fast its processors are and how long its battery lasts.

7. How can I find the latest smartphone deals?
The best way is to sniff out last-minute internet-only discounts and holiday sales, Jolly says. This is especially important when springing for smartphones for everyone on your staff.

Scout out each carrier's main website for discounts and specials on Black Friday and again on Cyber Monday. 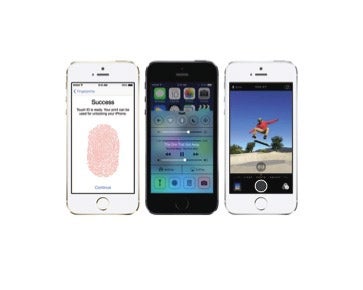 "They have phenomenal wireless tools for collaborating with others in the room or on a conference call," he says. "And their batteries, which can be easily swapped out, are among the longest lasting in our tests."

9. Which smartphone has the longest battery life?
Choosing a phone that won't conk out on you during long flights and other lengthy work commutes is critical for most business travelers.

The 4G Motorola Droid Razr Maxx HD boasts the best battery life on the market today, Jolly says. Starting at $649.99, it also packs one of the fattest price tags. But a single charge keeps users powered up for 32 hours.

10. What are the best smartphones for business right now?
Here are Jolly's top three picks for today's busy entrepreneurs. First, the Apple 5s. It has the smallest screen (4 inches) and weighs the least (less than 4 ounces). Jolly favors it because it "has fewer bugs and hacks than other operating systems." She also likes it because she can access information from all of her other Mac devices via AirDrop and iCloud.

Second is the Samsung Galaxy S4 Active, mainly due to its vibrant 5-inch screen and slick gesture control. Also, the improved S Voice is "much closer to being a reliable personal assistant in the palm of your hand than ever before."

Third is the Motorola Moto X. Jolly says it's the only truly hands-free, voice-activated smartphone for making calls, sending texts, checking emails and more -- all without touching it. "It allows you to stay connected while driving -- totally hands free."