Starting Up in the Developing World: More Risk, More Reward

Sarah Green
November 6, 2013 4 min read
Opinions expressed by Entrepreneur contributors are their own.

Starting up in challenging environments is obviously difficult, but the opportunities are often plentiful too.

Last month, I headed to Kaduna, Nigeria for multiple youth workshops on social entrepreneurship, which I conducted on behalf of the U.S. Embassy in Abuja and the Nigerian-American Chamber of Commerce.

During my trip, the overall spirit of those I met was of despair, frustration and anger. But that's not surprising. In a nation of almost 160 million, skyrocketing unemployment rates (estimated to be over 50 percent for Nigerian youth) threaten to sap an already beleaguered economy. The future that these young Nigerians had been promised is quickly disappearing.

But this is not a Nigerian phenomenon.  We’re experiencing it all over the world.

The new future of bright and eager young people hangs in a balance -- waiting for the world's economy to improve and meanwhile fueling the discontent and resentment that leads to potential destructive activities. It's also encouraging a new mentality, however. Young people are now attempting to move past their current situations and finding opportunities to challenge the status quo.

After a week of workshops on social entrepreneurship and meeting with local leaders about enhancing the entrepreneurial ecosystem, those who attended, pledged to choose the latter and here are a few of the opportunities we identified: 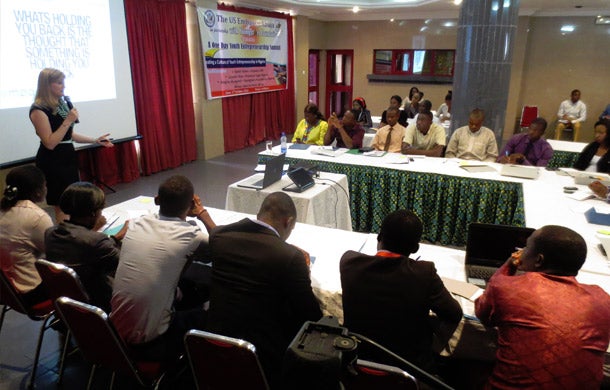 Youth unemployment rate in Nigeria is around 50 percent. As a way out of poverty, residents are looking to entrepreneurship.
Image credit: James Moolom

Finished products. Nigeria is a lush and fertile land with agriculture being a major industry. However, the output is either consumed on the spot or exported to neighboring countries like Niger with the surplus being wasted. And because there is a lack of machinery and an inconsistent power supply, which is necessary for refrigeration, few if any finished products are actually produced in the country. One project the Nigerian-American Chamber of Commerce is pursuing is purchasing the machinery needed to process, package and store excess tomatoes into tomato sauce.

Public transportation. The major roads in and around Abuja are fairly new and surprisingly well kept. But the public good doesn't end up helping as many people is it should, since the residents who live just outside the city center -- who would use the roads -- aren't able to commute in. Not only is it prohibitively expensive to own a car in Abuja, there's also no public transportation, besides a few taxis, motorcycle drivers or van-shares. 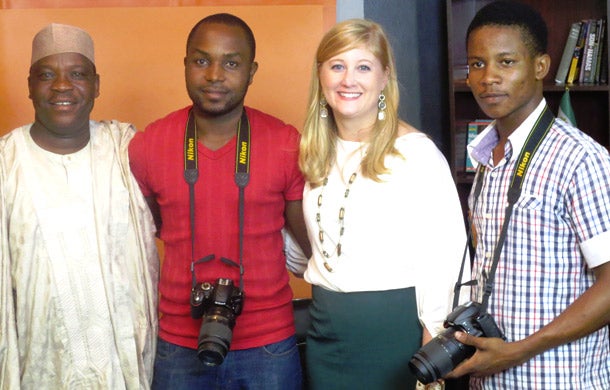 There is huge opportunity for a public/private bus system and railway; railroad tracks were actually laid years ago but never completed or used. The Chinese are taking advantage of this development for the time being. Nigerians need to step in and capitalize on the opportunity.

Middle class markets. It’s estimated that Nigerian oil money goes to approximately the top 10 percent of the population. Additionally, government employees compose the next 40 percent of the nation's population. This means that there's a sizeable middle class – providing a customer base for any number of businesses.

For starters, there's education. Parents are increasingly interested in providing private school funding for their children 1) because they see the value and importance of good education and 2) because of frequent public school closings. Teachers within the country have been known to strike repeatedly, as the government has often failed to follow through on promises.

Then there's real estate. As stated previously, the cost of living is high in Abuja, creating a great market for high-end residential living. Abuja is also a new capital city that isn’t very developed in comparison to other capital cities, so there could be room for new commercial properties too.

While there are many opportunities, the challenges still exist and are vast. Yet, I remain optimistic because the biggest value and resource Nigeria has to offer is this next generation. They have they energy, creativity and passion to create a country that sets an example for the rest of the continent and capitalizes on the opportunities that are waiting to be unleashed.