Turning Crisis Into Opportunity: 5 Ways to Deal With Hardship

Discover how to be an influential mentor through tips and advice based on the teachings of respected basketball coach John Wooden. 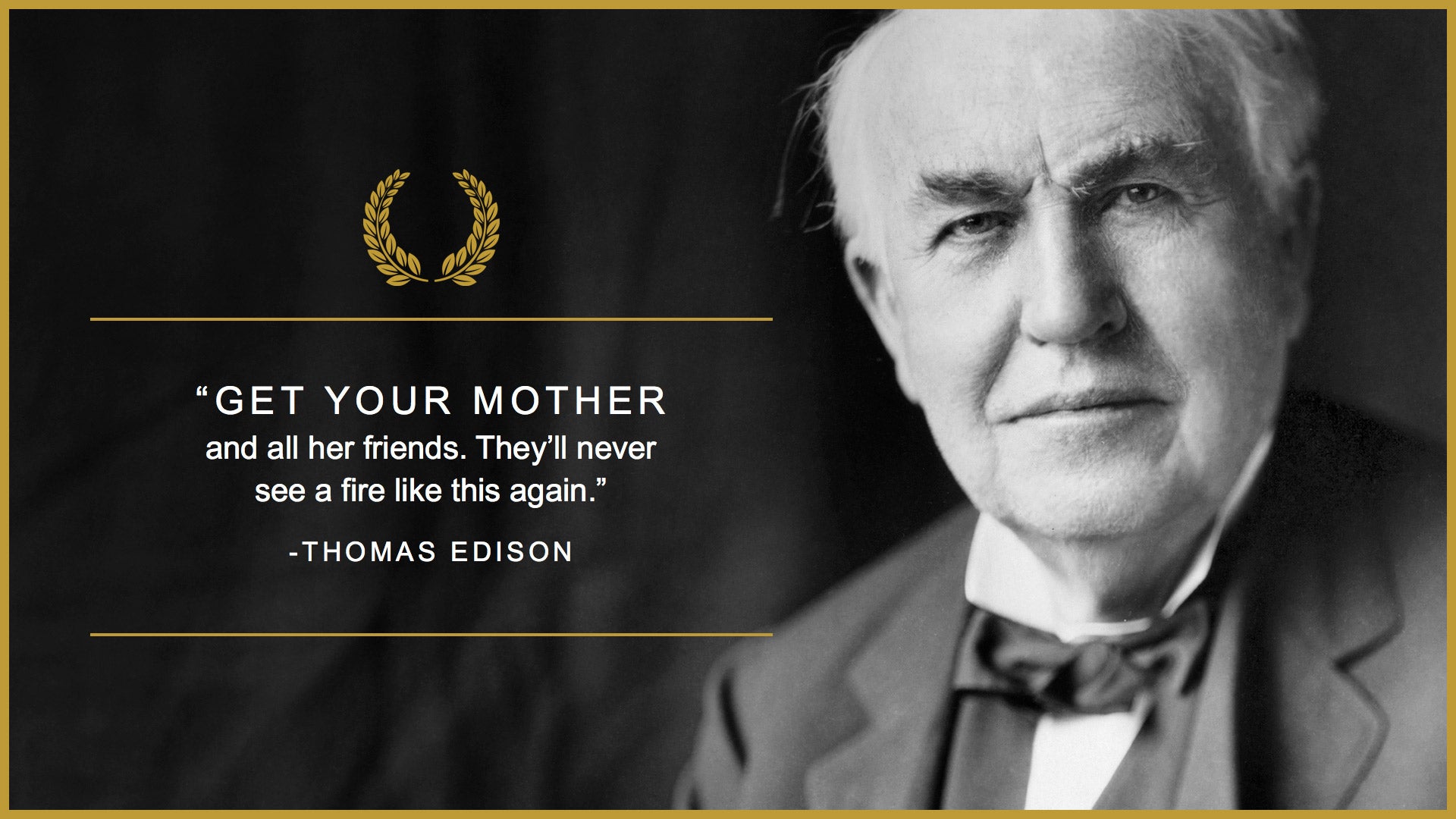 Entrepreneurs face obstacles from the moment they wake up in the morning, whether they're trying to satisfy investors, struggling to meet payroll, dealing with unexpected complications or delivering a new product to market.

Of course, not everyone is cut out for these rough seas. But some individuals stand out as being particularly well-suited for dealing with what investor and advisor Ben Horowitz calls the “hard things.”

It’s these entrepreneurs who turn what seems to be an unending stream of difficulty into advantage. They emerge from obstacles stronger and more successful. While others lose their heads (or their shirts), they not only remain calm but seize the offensive and the opportunities. Subjected to such obstacles, these entrepreneurs are transformed much in the way that Andy Grove, former Intel CEO, observed, “Bad companies are destroyed by crisis. Good companies survive them. Great companies are improved by them.”

Related: Celebrating Failure: How to Make a Hit Out of Misses

As it turns out, there is a method for understanding and acting upon the obstacles that life throws at us. There is a way to be improved by them. Roman Emperor Marcus Aurelius forged this formula centuries ago and wrote it to himself as a daily reminder:

Willing acceptance -- now at this very moment -- of all external events.

That’s all you need.”

Iconic entrepreneurs like John D. Rockefeller, Thomas Edison and Steve Jobs all used this same formula when obstacles confronted them, even using the situation to fueli their immense ambitions. For them, the obstacle was the way.

What follows are five strategies born of this ancient maxim. Forged over centuries, this framework contains timeless wisdom that we all can use to turn the challenges we face into great triumphs for ourselves and our companies. It’s the one thing that all great entrepreneurs have in common.

1. Keep a cool head. John D. Rockefeller was barely two years into his first job when the Panic of 1857 struck. Rockefeller could have become depressed and paralyzed by the unfortunate circumstances he faced. But instead of bemoaning the timing of the economic upheaval, he chose to perceive events differently than his peers. He looked at them as an opportunity to learn, to experience a baptism by the market. He was inclined to see opportunity in every disaster, as he once put it.

Within 20 years of that first crisis, Rockefeller alone controlled 90 percent of the oil market.

Like Rockefeller, today's entrepreneurs live in turbulent times. Instead of letting our perception of events cloud our judgment, we can look to companies like LinkedIn and Microsoft, that were both founded during times of economic crisis. When others become lost worrying about a competitor’s latest acquisition or an investor having a fit, we can channel Rockefeller's coolness under pressure and look for the opportunity in a crisis.

2. Think differently. Steve Jobs was famous for what observers called his “reality distortion field,” which made him dismissive of phrases like “It can’t be done.” When he ordered a special kind of glass for the first iPhone, manufacturers were aghast at the aggressive deadline. “Don’t be afraid,” Jobs said. “You can do it. Get your mind around it. You can do it.”

Nearly overnight, manufacturers transformed their facilities into glassmaking behemoths, and within six months they had made enough for the whole first run of the phone. His insistence pushed them past what they thought was possible.

We can choose to reject our first judgments and the objections that spring out of them by insisting that obstacles are in fact malleable not concrete. Like, Apple's leader we must have faith in our ability to make something where there was nothing before. To companies like Facebook and Google in their startup years, the idea that no one had ever done something was a good thing. It meant there was an opportunity to own it themselves.

Related: Taking the Bite Out of a Workplace Crisis

3. Ignore the rules. Samuel Zemurray, the owner of a small upstart fruit company, was once told he couldn’t build the bridge he needed across the river in Central America. This was because government officials had been bribed by United Fruit, one of the most powerful companies in the United States at the time.

So Zemurray had his engineers build two long piers that reached far into the center of the river instead. When needed they strung a temporary pontoon that could connect them in a matter of hours. When United Fruit complained, Zemurray simply laughed and replied, “Why, that’s no bridge. It’s just a couple old wharfs.” We can see this type of stoic ingenuity in startups like Uber and Tesla. There are times that we must take bold action that requires ignorance of outdated or oppressive regulations to accomplish our business goals. What’s right is what works.

4. Anticipate (think negatively). There is a popular technique being used by individuals at startups and Fortune 500 companies that the Harvard Business Review has called the pre-mortem. This premortem technique, designed by psychologist Gary Klein, is an exercise in practicing hindsight in advance. But like all great ideas, it's actually nothing new. The credit goes to the ancient Stoics. They even had a better name for it: premeditatio malorum (premeditation of evils).

Our plans rarely resemble the way things turn out. But as stoic entrepreneurs, we can rehearse in our minds what could go wrong and not be caught by surprise. Using this process, we surpass our competitors who are shocked and fall back, devastated by what they did not imagine coming.

5. Amor fati  (or love your fate). When Thomas Edison's entire research and production campus burned to the ground, he didn’t get angry or become despondent. Instead, he became energized and invigorated. In only three weeks the factory was partially back up and running, all because Edison practiced what the ancient Stoics called amor fati, love of fate.

In our own lives, we can follow Edison's example when we lose an investor or an employee unexpectedly leaves our startup. When Jack Dorsey was replaced as CEO at Twitter, he didn’t become paralyzed or depressed. Instead he accepted it and went on to found Square, one of the largest payment-processing startups in the world. We don’t benefit from tears, anger or despair. We always get something out of passionate intensity and energy.

These great entrepreneurs all used strategies from the ancient Stoics to flip obstacles upside and find opportunities within them. They lived out the axioms of Marcus Aurelius and followed a group that Cicero called the only “real philosophers” -- the ancient Stoics -- even if they had never read them.

You might not see yourself as a “philosopher,” but then again neither did most of these men and women. They were not academics, but men of action. But the essence of philosophy is action, making good on the ability to turn the obstacle upside down with our minds. Today author and investor Tim Ferriss refers to Stoicism as his “operating system” --  and, in the tradition of those who came before him, he has successfully driven its adoption throughout Silicon Valley. We too can follow his example and use what others see as roadblocks as fuel for our ambitions and inevitable success.

'Max' Brenner Was Pushed Out of His Own Company, Financially Destroyed, and Banned From Making Chocolate For Five Years. But He Learned: 'Hell Has Benefits.'

Why Running From Your Problems Is Not Always an Option

Want to Reprogram Your Mind for Handling Adversity? Try These 5 Tips From an Elite Leadership Coach.