Think Seattle's Only Claim to Fame Is Starbucks? Think Again.

SEATTLE -- I’m on vacation and just arrived in the Emerald City after a three-hour drive from Portland, Ore. Not 15 minutes after dropping my bags at the hotel, I find myself waiting in line at a Starbucks store in the historic and tourist-crammed Pike Place Market.

A few curious things are visible immediately upon walking through the door. First, there are no tables or chairs. There’s no food on the menu in this store, only beverages. Then there’s the manual espresso machine in the back. These features are all holdovers from Starbucks' early days in the 1970s. Turns out, this is the very first Starbucks store. (Well, after it relocated from its first location at 2000 Western Avenue.)

Now that I’m thinking about Seattle and history and startups, my curiosity really fires up. After a little research, I learn the greater Seattle area has been the birthplace to many fascinating entrepreneurs and their startups. Unlike Amazon and Microsoft, the stories below are ones you might not be immediately familiar with.

One hundred dollars and a dream
One of the most inspiring startup stories was about entrepreneur James E. Casey. The child of Irish immigrants living in Seattle, Casey was forced into the workforce at age 11 after his father fell ill and later died. He bounced between delivery jobs for several years, delivering telegrams, packages, food, even pitchers of beer to people’s houses.

By age 19, Casey was quite familiar with the delivery business and had a dream to be his own boss. In 1907 he borrowed $100 from a friend and with a partner started the American Messenger Company. 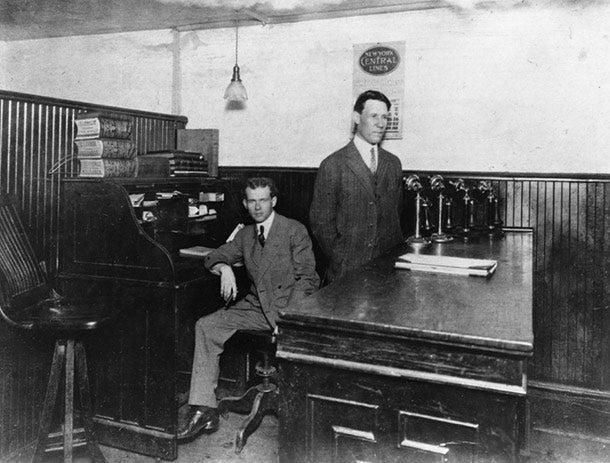 In 1910, a young Jim Casey (right), with his partner Claude Ryan, stay close to the phones at the Seattle-based American Messenger Company, a company that would later become United Parcel Service.
Image credit: The UPS Archives

The business would grow from a team of boys on foot to a full crew on motorcycles and eventually delivery cars. By 1922 the company had outgrown the demand in Seattle and relocated to Los Angeles. It also adopted a new name that is a bit more recognizable to the modern person: the United Parcel Service (UPS).

Related: Why UPS Should Be Very Afraid of Amazon's Delivery Plans

Now based in Atlanta, UPS is a $50 billion company that serves 8 million customers a day. Not too shabby for an entrepreneurial dream made good.

An entrepreneur with sky-high aspirations
Another company you might not know started in Seattle is commercial airplanes, defense, space and security giant The Boeing Company. Its startup story begins with William Boeing, a man who became fascinated with airplanes after purchasing -- and later crashing -- a "Flying Bird Cage" seaplane.

Convinced that he could rebuild his damaged plane faster and better than anyone else, Boeing partnered with a U.S. naval engineer named George Conrad Westervelt and in 1916 incorporated a company called Pacific Aero Products Co. in Seattle.

Related: Could This Plant Shake Up the Biofuel Industry? 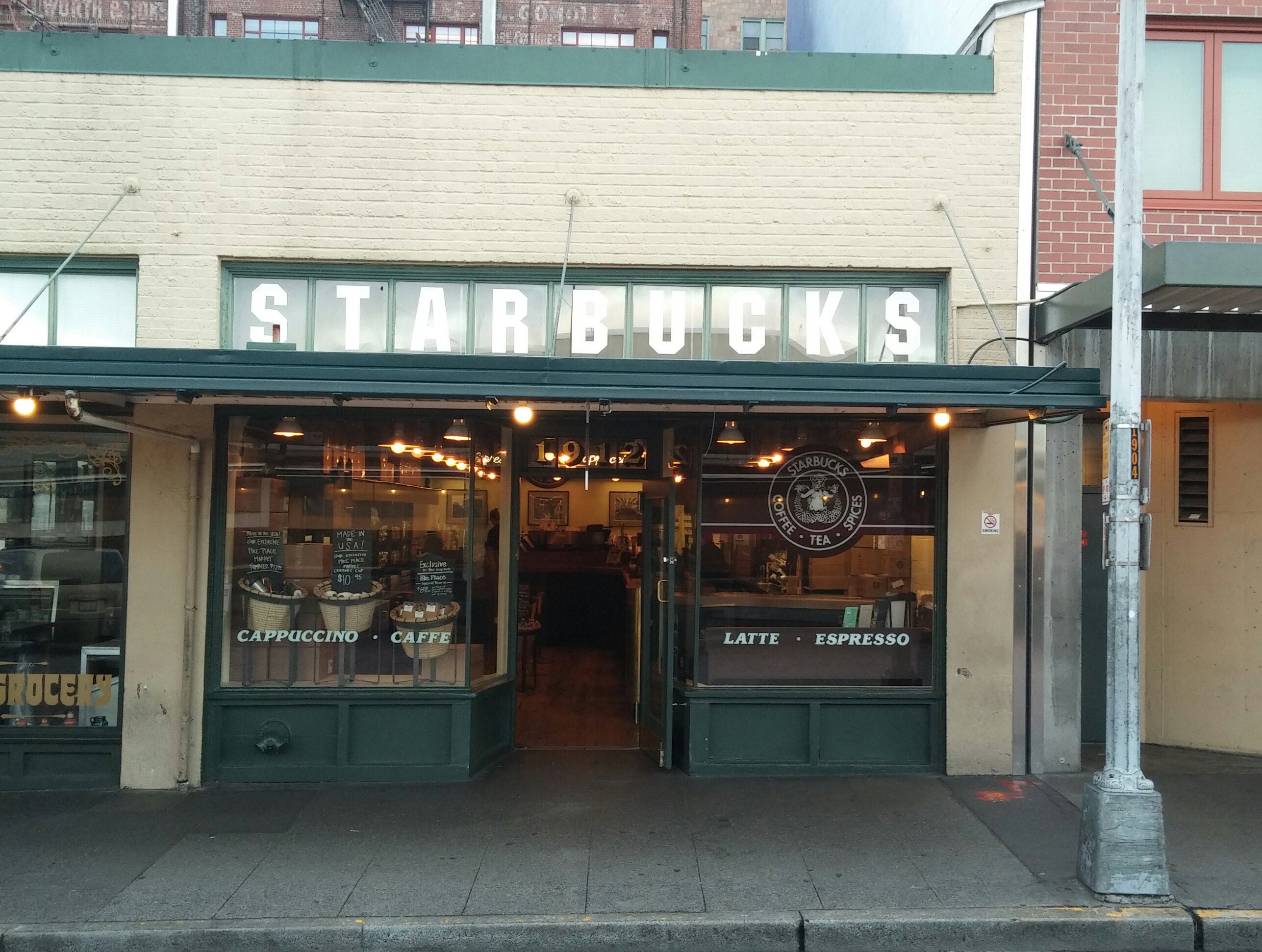 Boeing became famous for its design and manufacturing of commercial and military aircraft -- including its 737, 747, 767, 777 and 787 models -- as well as rockets and satellites. Though the company relocated to Chicago in a cost-cutting effort in 2001, Boeing’s startup story exemplifies the confident, “I can do this better than you can” attitude of so many successful entrepreneurs.

From one startup comes another
For a lot of people, coffee is synonymous with Starbucks and Seattle. Admittedly, though, I had no idea its startup story originates with another coffee company: San Francisco-based Peet’s Coffee & Tea.

Jerry Baldwin, Zev Siegl and Gordon Bowker were students at the University of San Francisco when they met Alfred Peet, the entrepreneur behind Peet’s Coffee & Tea.

Related: Did You Say 'Charbucks'? 7 Big Chains That Battled the Name Game

Peet taught Baldwin, Siegel and Bowker his style of roasting coffee beans (a process focused on darker roasts), which inspired the trio to launch their own coffee company in Seattle. Starbucks was opened in 1971.

Seattle startups are heating up
In 2013, Bloomberg named Washington as the most innovative state. And for good reason. Drawn to Seattle's natural beauty and affordable living costs, many big tech companies are either based or have offices in the area, attracting engineers from all over the country.

The presence of these companies also attracts its share of entrepreneurs -- especially in mobile, cloud computing, gaming, big data and enterprise software. Additionally, a network of startup accelerators and investment groups have cropped up in Seattle, including TechStars, 9Mile Labs and the Founder's Co-op.

"We have incredible hotbeds of activity around the city and a real desire to help one another," says Rebecca Lovell, startup liaison for the city of Seattle, within the Office of Economic Development. "We have great ingredients of startup success: talent, research capacity, anchor tenants such as Microsoft, Amazon, Tableau, Zillow, Zulily and more.

Lovell says Seattle has big plans for its entrepreneurs over the next five years. She is hoping high-growth startup companies will have access to ideas and talent from Seattle's educational institutions, an endeavor that would be supported by local big-name tech companies, nonprofits and leaders. "If we succeed, we'll have more purposefully connected startup communities and hubs of innovation," she says.