The Secret to Career Success Is Knowing Your 'Fascination Advantage'

By Laura Entis May 16, 2014
Opinions expressed by Entrepreneur contributors are their own.

“You don’t want to change who you are,” Sally Hogshead tells a rapt audience at the C-Suite Network conference in Dallas last week.  “You just want to become more of who you already are.”

On the surface, this seems identical to the ethos often attached to millennials, a generation accused of forsaking practical stuff (like, you know, making a living) in the quest to discover -- and then stay true to – their authentic selves.

But Hogshead isn’t recommending that everyone quit their day jobs quite yet. “It’s not a matter of woo, woo! Be yourself,” she tells me after her presentation. “You don’t live on a desert island. It’s about figuring out the specific aspects of who you are that are very valuable to people, and the ones that aren’t.”

Hogshead has built a career around coaching individuals to isolate what makes them both unique and valuable, what she calls their “fascination advantage,” a term she coined during her time working as a creative director for brands such as Coca-Cola, BMW, Nike and Mini Cooper. The best brands, she says, are exceptionally good at identifying what sets them apart from the pack, and then laser-focusing their resources on maintaining and strengthening that single characteristic.

People, on the other hand, kind of stink at this. Instead of honing and marketing our innate competitive advantage, Hogshead finds, most of us are too busy measuring how we stack up against everyone else. “Skills can be taught – they’re a commodity,” she says. “Who you are, though? That’s not replicable.”

Related: Want to Stand Out From the Crowd? Know Your Unique Value Proposition. 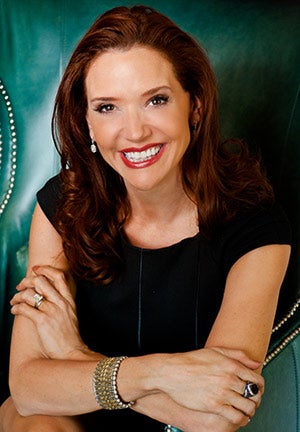 Say you’re a salesperson; instead of simply focusing on being good at your job in a generic sense, identify the sales tactic that comes most naturally to you. Do you make more sales when you’re aggressive? Observant? Creative?  How can you do your job in a way that both adds value and is different than the way everyone else approaches the same task?

Unlike many business experts, Hogshead does not advise that we try to win at everything. If you hate networking, instead of wasting energy trying to become a master small-talker, don't build a career around networking, she says. “It’s going to feel like quicksand to you. Stop trying to build an image. Instead, identify what makes you naturally different, and apply that to your career.”

In a job market that often demands we excel at all things, her advice is at once radical and incredibly comforting. “Being who you are does not take effort,” Hogshead says. What she’s peddling – the ability to do what we’re already effortlessly doing, just more of it– and create a successful, rewarding career is intoxicating. Can it really be that easy?

Hogshead outlines how to discover you inner fascination advantage– i.e. what you should be selling– in her book, Fascinate: Your Seven Triggers to Persuasion and Captivation (HarperBusiness, 2010). A second book, How the World Sees You, (HarperBusiness, 2014) which expands on the research, will be released in July.

Drawing from her experience as a creative director, she identifies seven triggers -- passion, power, trust, mystique, prestige, alert and innovation--that transform a brand from a commodity into something that inspires loyalty and emotion from customers.

These same attributes can work on people, and once we identify our primary and secondary advantages -- Hogshead offers a personality test on her site for users to pinpoint what she calls their "fascination archetype” -- we’ll be able to understand what makes us valuable, what sets us apart from the rest of the pack, and present that face to the world.

Related: The Pitfalls of Personal Branding

What’s more, Hogshead says, to truly distinguish ourselves it’s best if we take another cue from the advertising playbook. “Brands know that consumers are very busy and very distracted – if they want to communicate in a way that will slice through all the noise, they have to distill their brand into two or three words.” The best slogans – Nike’s “Just Do It”, or Apple’s “Think Different” – boil down an entire brand into an easily digestible, actionable message.

“Too many people try to be everything to everyone,” Hogshead says. “What we find is that everybody wants to add value, but if you don’t know how you naturally deliver, it’s very hard to over deliver.”

Much like a slogan, your anthem identifies “your singular area of contribution” in two or three words, max. According to Hogshead’s site, “You can orient your whole career around [your anthem], because it points to your personality’s strongest area of performance. It’s your core specialty.”

Depending on your archetype, Hogshead provides specific adjectives that you then pair with a noun to create your anthem. (Examples include:  Ambitious results, methodical strategies, fiercely confident, skilled influence, forward-thinking creativity, progressive solutions, and sincere relationships.)

“It’s an incredibly powerful moment, when you can summarize your greatest qualities into just two or three words,” Hogshead’s website reads, a statement that’s at once incredibly freeing and constraining.

The idea that anyone can boil himself or herself down into a tagline is, of course, overly simplistic (and if you take it literally, suffocating). But Hogshead does a great job following her own advice. By condensing a complex, fairly messy question into a neatly packaged, easily digestible answer, she makes her message more memorable and more fascinating.

Related: Why You Don't Need the Biggest Budget to Win