This Luxe Smartphone Could Be Yours for $10,000

By Matt Clinch June 3, 2014
This story originally appeared on CNBC

There's a new high-end smartphone in town with the release of luxury mobile phone manufacturer Vertu's new Signature Touch model. But be warned, before you trade in your old Apple or Samsung it's worth noting that prices for this new good-looking gadget currently start at 7,900 euros ($10,750).

Marketing itself as a "luxury company which happens to produce mobile phones," the new Vertu model claims to boast state of the art technology, superior craftsmanship and materials as well as its bespoke services - including its most popular concierge service which provides 24-hour worldwide assistance to users.

"It's the combination of these three things that make a superior luxury phone," Max Pogliani, CEO of Vertu told CNBC Tuesday. He refuted claims that it's style over substance too, stating that this new "pinnacle" smartphone is now equipped with "state of the art technology" that can rival the latest models from the high-end market. 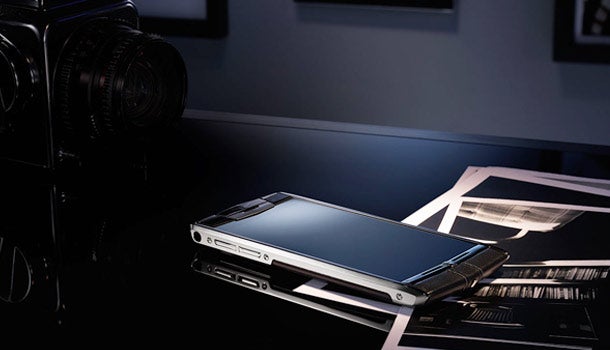 This new Signature Touch model follows on from the company's Constellation model, which came out in October priced at 4,900 euros, and the Vertu Ti was launched in early 2013, starting at 7,900 euros.

"It really depends on how you look at it, because especially today a mobile phone is something which is with you day and night," Pogliani said.

"It's something very personal and the intensity of usage in these two to three years is large compared to other luxury items. If you take a nice bottle of Chateau Lafite you can have it finished in one hour and the price could be the same," Pogliani said.

Previously part of Nokia, the company is now privately owned which Pogliani says gives it more freedom to integrate the best technology available to it. Handmade in England, the phones are available in 66 countries across the globe.