By Jaia Thomas June 9, 2014
Opinions expressed by Entrepreneur contributors are their own. 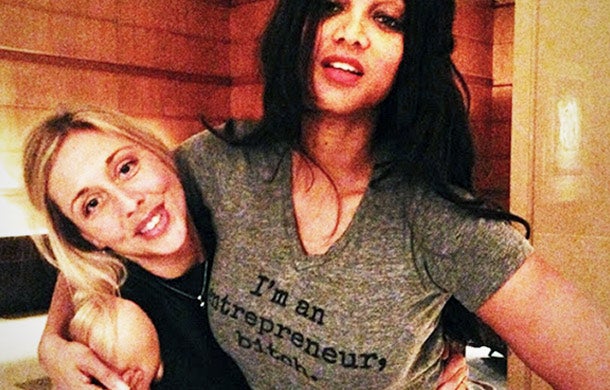 None other than Tyra Banks has been spotted in a clever T-shirt emblazoned with the slogan "I'm an entrepreneur, bitch." It's also been worn by media moguls in Los Angeles and budding business owners in New York. The brainchild of a Washington, D.C., privacy and data security attorney, the top comes in one color, gray, and is available for a modest price via her website.

The home page of the site carries the following statement: "I live in a one-industry city, where the first thing people want to know is who you are and what you do. Sometimes I just want to say: I'm an entrepreneur, bitch. Who are you?"

Related: What My Mom Taught Me About Being a Female Entrepreneur

A graduate of Stanford University and Harvard Law School, Meena Harris initially created the T-shirt line to raise capital for a larger venture that she and a friend were preparing to launch. The T-shirt line soon catapulted from a fundraising platform to an empowerment platform, especially for female entrepreneurs.

A former employee at Facebook, Harris was initially inspired by CEO Mark Zuckerberg's infamous business card declaring, "I'm CEO, Bitch." Harris says, however, that the mission of her T-shirt line is to promote female entrepreneurship. She has reappropriated the word "bitch" to use it in a way that is emphatic and empowering.

Related: Why It Is Important to Teach Girls About Entrepreneurship

Harris believes that there is a lack of women and people of color in the entrepreneur space and she hopes to use the phrase as an empowerment tool. She wants her T-shirt line to imbue women with the confidence and courage required to succeed as business owners.

When the T-shirt line first launched, Harris primarily relied on word-of-mouth to market the line. She also briefly toyed with Facebook advertising for a few months. Instagram eventually proved to be one of the most effective marketing tools (the Imanentrepreneurbitch account currently has more than 800 followers).

As of right now, Harris has no immediate plans to expand the phrase onto other clothing items. But she does have a few ideas for other T-shirt phrases. Stay tuned.

Related: Do Women Leaders Walk a Tightrope to Be Seen as Effective and Likable?