How Sam Adams Is Thriving as a Pony Among Clydesdales

In 1984, when Jim Koch started Boston Beer Company, maker of Sam Adams craft beer, he had wild and crazy dreams of doing $1 million in annual sales. That would mean selling about 5,000 barrels of beer and having a staff that topped out at about eight employees.

Despite the once unthinkable success of its Samuel Adams brand, the Boston brew house is still a wee drop in the bucket of the beer industry overall. As Boston Beer celebrates its 30th anniversary, it tops out at about 1 percent of the U.S. beer market, according to the company. Last year, brewing giants MillerCoors and Anheuser-Busch InBev earned $7.8 billion and $43.2 billion, respectively.

Related: Success Secrets From the Entrepreneur Behind a Billion-Dollar Business Who Started Out as a Dishwasher

“We are reminded every day that we are still a small business,” Koch told Entrepreneur.com in Washington D.C. during National Small Business Week. “We have to compete with these enormous global companies that are 50, 100 times our size, and you have to bring the small business game to that -- just innovate, try to think of a better way to do things, try to be more nimble and smarter about all your decisions.”

Koch (pronounced “Cook”) and his Sam Adams beer ignited the craft brewing movement in the United States. Koch's father was a brewmaster, as were the previous four generations of Koch’s before him, but when Koch told his dad that he planned to pursue the family dream, his father was unenthused. "I thought he would maybe put his arm around me or give me a hug or something like that, and he just shook his head and looked at me and said, ‘Jim, you have done some stupid things, this is just about the stupidest,’” Koch said.

There was real reason for his concern. When his father had graduated from brewmaster school in 1948, there were 1,000 brew houses in the U.S. By 1984, when Koch decided to become a brewer, there were but 50, said Koch. Beer had become an industry of behemoths.

Koch was convinced that he could change the industry. He had visions of giving U.S. beer drinkers something they did not have at the time: rich, flavorful beer delivered fresh. And so he got to work, brewing his great-great grandfather's recipe for Louis Koch Lager from his kitchen table.

In its first 12 years, The Boston Beer Company grew between 30 and 60 percent a year, says Koch. He remembers going from two to three employees and being tickled. “It was me and Rhonda, and then one day we hired Dean. And I thought, ‘Oh! We just grew 50 percent. We went from two people to three people! That’s pretty cool!'”

Related: Papa John's Founder: 'I Am the American Dream'

While the company was growing rapidly, it was still a teeny dot on the map of the U.S. beer business overall. After a dozen years in business, Sam Adams represented one three-hundredth of the beer business in the U.S., says Koch. “It wasn’t like we became Amazon or Google. We just became the leading craft brewer. But we were all small. We were the tallest pygmy.” 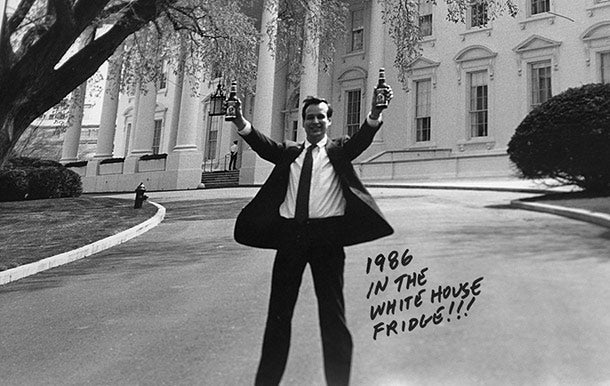 As it grew, Koch took great pains to keep the culture of his kitchen-table operation alive. He remembers taking as long as 18 months to find just the right sales representative for Arizona. “That was maybe 15 years ago. She is still with us today,” Koch said with pride.

Hiring is a slow and careful process at Boston Beer Company. Potential hires are sought out for culture and values above resume lines and previous experience. Koch says he knows almost all of the 1,000 employees by name.

In addition to hiring just the right people, Boston Beer Company has maintained its tight knit culture thanks to Koch’s team leadership skills. Prior to launching his business, Koch spent years working as an outward bound instructor, where he lead groups on wilderness trekking adventures. That time in the mountains has informed his time as a CEO. “The leader is never tired. The leader never has a bad day, and the leader has to have more energy than anybody else. Because you can’t expect more of your people than you expect of yourself. And you can’t ever be depressed or scared or have morale [issues] because that just reverberates through everybody else,” Koch said. “People don’t care what you tell them, they look at what you do.”

Related: Managing People Is an Art: 32 Ways to Do it Right.

In his characteristic warm, self-deprecating manner, Koch chuckles that his line of work helps keep him happy. “I am in the beer business, so I never have a bad day.”

As the Boston Beer Company has grown, so too has the craft beer business. From 2010 through 2014, estimated revenue growth in the craft beer industry is 12.6 percent per year on average, according to a recent report from Los Angeles-based industry research firm, IBISWorld.

The Boston Beer Company has a loan and mentorship program, Brewing the American Dream, that supports small hospitality and beer businesses. In a way, Koch is helping his competition. But the way he looks at it, the better the craft beer business does overall, the better Sam Adams will do, too. Today, 3,000 craft brewers have between 7 and 8 percent of the U.S. beer market. Koch would like to see the industry double that. He considers it his duty to bring along the upstarts.

"As a small-business owner, this is my life. I don’t want to hate my competitors. I want to enjoy their company,” says Koch. “I want to be able to have a beer with them.”