By Kareem Chehayeb November 13, 2014
Opinions expressed by Entrepreneur contributors are their own.
You're reading Entrepreneur Middle East, an international franchise of Entrepreneur Media.

It took two things to get Jalel Ghayaza to launch the now-successful Delice Confectionery. "To me it was like a treasure," says Ghayaza explaining that his love of Tunisian sweets was one factor. The second reason, according to the brand's founder, was opportunity: "I noticed a big gap in the market in UAE, where chocolatier and sweet shops lacked decent packaging and quality of service." Delice Confectionary is now a successful Dubai-based franchise operating in several countries. Ghayaza, who has a degree in Mechanical Engineering, had worked in the F&B and Horeca spaces (Iranian caviar, anyone?) for a while before starting developing his own concept back in 2004. 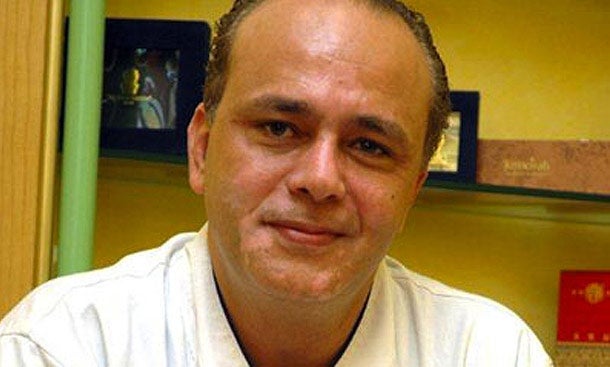 While the founder didn't talk much about the business side of setting up Delice, he does point out that it wasn't an easy experience. Ghayaza says that for the first six years, producing all of Delice's products were just four employees clocking 16 hours a day, seven days a week. We assume that his staff has grown in significant numbers, now that Delice has numerous franchises. Two of Delice's earliest franchises are located in Bahrain and Armenia. According to Ghayaza, both countries are gateways to bigger markets, claiming that Armenia is a "gateway to Moscow" where he believes Delice could gain real brand traction. His choice of Bahrain reflects wider- GCC ambitions, calling the small Gulf state "the gateway to KSA." Saudi Arabia is on Ghayaza's priority list when it comes to regional expansion, and it's just a matter of finding the right franchisee that will do the brand justice. "We received a lot of enquiries, but taking into consideration the very upmarket positioning of our concept, selecting the right franchisees will be an important element in the success of the brand."

Outside of the Middle East and Armenia, Delice has managed to open a branch at London's Harrods last July- impressive to say the least. Harrods first approved Delice in October 2013, and have now positioned the Middle East brand up in their chocolate room next to some of the world's foremost confectioners. Ghayaza boldly claims that "the six biggest chocolatiers in the world are complaining from their lack of sales" ever since Delice set up shop there. The founder also told us that as of this month, Delice will be part of the Harrods "Personal Shopping Lounge", only accessible to the high-end department store's shoppers who spend significant (and somewhat obscene) amounts of money.

The entrepreneur's plans for growth don't end there. We should expect a Delice Confectionary branch opening up in CIS- goldmine Baku, Azerbaijan this Christmas. Ghayaza has also hinted that there are "great opportunities" in New York, Miami, and Seoul in the offing, and that we can expect to hear more about those branches in early 2015. Despite having numerous franchises operational, Delice only has one center of production: the Dubai Deira City Center branch. Considering Ghayaza's claims that they've centralized production in UAE for quality assurance and control purposes, I couldn't help but wonder
if this has been the cause of many burdens that the company faces in terms of logistics. Apparently I'm wrong; Ghayaza quickly interjects that quality assurance via micromanagement is part of the brand.

"That is about Delice culture, to make things happen, to do things in 24 hours which others cannot do in two weeks." While it seems like an easy task for neighboring Bahrain, it seems tedious and inefficient for their farther-flung outlets. Then again I'm contradicted, as Ghayaza also claims that orders from Harrods are delivered a mere 18 hours after they've been placed from the United Kingdom. And he's not worried about the extra costs either adding that "the freight is not a burden, as the cost of the freight is minor to compare the cost of our luxury product." 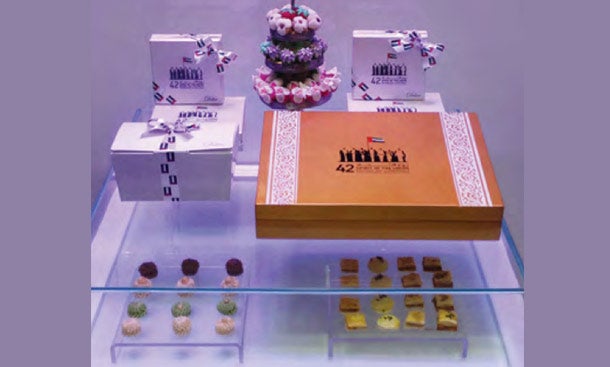 Delice Confectionary is one of the few but growing number of cases of franchises that are based in the UAE demonstrating outward growth. While Ghayaza says that there aren't many brands in the UAE that franchise globally as yet, he believes that "the UAE government and rulers offered an excellent atmosphere to the investors to grow and to expand in excellent conditions." Despite franchising globally being a highly challenging experience, Ghayaza says that it has been a positive learning journey for him. He talks about how opening in Armenia was nothing like opening at Harrods in London; while they dealt with very supportive management, they also had to deal with the huge luxury organization's internal rules that he describes as "usually not flexible."

On the other hand, Armenia's small population meant that Delice's target demographic was a very small percentage considering the number of luxury clients and purchasing power. He does point out that doing business with different cultures dictates different methodologies and brand adaptation. Setting cultural barriers and differences aside, Ghayaza said that it was also a challenge to train the franchisee teams. 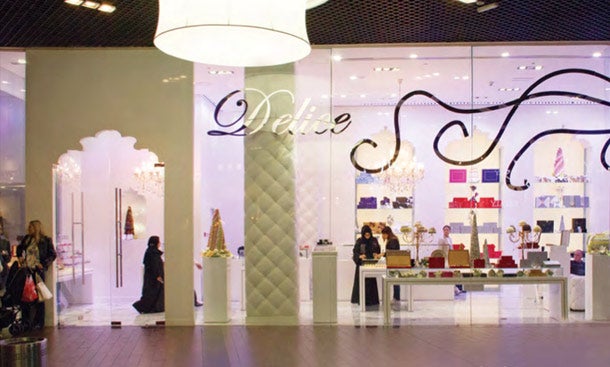 Delice's agenda for now, according to Ghayaza, is that he and his team are directing their energies on global progression in the aforementioned Saudi Arabia, Azerbaijan, Russia, in addition to the U.S. and South Korea. That said, they're not just sticking to franchise expansions, as they do have plans for further brand development; Ghayaza admits that once Delice Confectionary reaches "maturity globally", there will be further exploration of the brand including a "Delice cafe? concept." The taste of success is sweet, and perhaps sooner than later we'll be witnessing a Middle East launch of Ghayaza's homegrown hospitality outlets.