How One Investor Is Finding Profit in Social Change

By David Bank December 2, 2014
Opinions expressed by Entrepreneur contributors are their own. 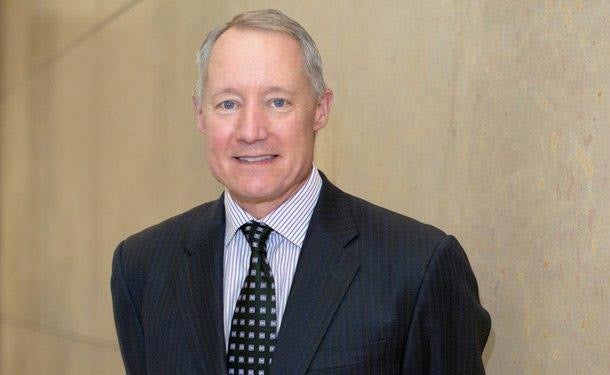 Ron Cordes used to get patronizing pats on the head from the traditional financial advisors he once worked with. Now, many of his former colleagues are asking him to help them get smarter about impact investing.

“They used to say, ‘That’s great, you’re solving the big problems. We’re just slogging away in the traditional investment world,’” says Cordes, who built AssetMark Investment Services to about $9 billion in assets, sold it to Genworth Financial Inc. in 2006, and last year was part of an investment group that re-acquired the company.  “Now I’m getting a lot more folks from my prior world saying, ‘How can I get involved in this?’”

Cordes and his wife, Marty, set up the Cordes Foundation with some of the proceeds of the sale of AssetMark. Frustrated by the traditional foundation model in which programmatic impact is limited to the small grants budget, the foundation’s board agreed to invest some endowment assets in ventures and funds that generated social and environmental benefits along with attractive returns. By the time the global financial crisis hit in 2008, the foundation had 20 percent of its portfolio in microfinance and other impact-driven debt and equity vehicles.

Mainstream investments in global banks with heavy mortgage investments took a big hit. In contrast, Cordes says, “Unsecured loans to small borrowers in countries I can’t name or find on the map paid off just fine, 100 percent plus accrued interest. That was the wake-up call for me to say, ‘Here’s a totally uncorrelated asset class that in the worst financial crisis in my lifetime was the only thing I had invested in that was immune to the crisis.’”

The impact portfolio is now approaching 40 percent of the foundation’s approximately $11 million in assets, roughly split between debt and equity. It includes MicroVest Holdings, which directs capital to low-income microfinance institutions; Bridge International Academies, a network of ultra-low-income private schools in Africa; and Sarona Asset Management, a frontier-market private equity firm that invests in businesses that serve lower-middle class or “base of the pyramid” customers or workers.

ImpactAlpha recently caught up with Cordes to get an update on his investments and his thinking.

How is your impact portfolio doing, now that you’re a few years in?
Cordes: We continue to have the same positive results in the debt portfolio. We haven’t had anything blow up. The people to whom we loaned money are paying it back. So that’s a good thing.

The foundation is moving more heavily into impact investing. What about your other assets?
Cordes: It has now migrated a bit to our personal portfolio. In one case, we took a majority interest in an operating business (the entity that runs the Opportunity Collaboration, an annual gathering of anti-poverty funders and social entrepreneurs). Our foundation counsel had a lot of issues with holding that within the foundation. So we said, to heck with it, and created a family office investment vehicle and put it in there. But our druthers are to use the foundation portfolio as our primary impact investment vehicle.

How do you find deals?
Cordes: In 2008, it was the Wild West. It was very, very difficult to even find impact funds to look at because they weren’t organized in any meaningful way. That’s become easier. We get 300 applications a year for the ImpactAssets 50 (an annual directory of top impact funds released by ImpactAssets, a nonprofit financial services firm that Cordes co-founded). So I can see any fund that’s out there. On the individual deal side, we get three to five deals presented to us a week.

What’s an example of a deal that is both a financial and social fit?
Cordes: We have three overarching themes. One is supporting game-changing social entrepreneurs. Two is economic empowerment globally. And three is an overall lens on women and girls.

For example, Bridge International Academies, an ultra low-cost private school in East Africa, we invested in an early round. They started in Kenya and are now in four countries. It’s a really interesting school-in-a-box concept, a franchise model that is massively scaling and replicating low-cost private schools. If it can work in Kenya, then it can work in India, in Latin America, in Bangladesh. So it has a high degree of scalability.

The economic empowerment -- it all starts from education. And the argument is that when educational opportunities aren’t there, it’s women and girls who suffer the most. Just a one-hour conversation with Jay Kimmelman (Bridge’s founder) at the Clinton Global Initiative checked enough boxes that we were interested in pursuing it.

How has your impact investing informed your philanthropy?
Cordes: We’re trying to look at our portfolio holistically. There are cases where a young social entrepreneur has come to us for what they believed were impact investing opportunities and we’ve created capacity-building grants. We’re saying, “You’re not ready for commercial capital. You still may need philanthropic capital to build your organization to the point where you’re investment-ready.” I see that as a catalytic way to try to support the field.

There are cases where at the very, very early stage you might be taking an incredibly big risk. But that risk could have a huge social and/or environmental payoff if the system change idea could take hold. The way I look at it is: where more important to take that risk than in your philanthropic grant budget? Isn’t that what that money is there for?

San Francisco-based David Bank is editor of ImpactAlpha.com and CEO of its parent company, Impact IQ Inc. Earlier, he was a technology reporter for the Wall Street Journal and a vice president of Encore.org.