Apple appears to be tinkering with virtual reality, perhaps finally playing catch-up with fellow tech pioneers Microsoft, Samsung, Facebook and Google, all at the forefront of the trendy VR market.

News broke on Apple Insider on Tuesday that the Cupertino, Calif. tech titan was recently granted a patent for a head-mounted VR display that looks similar to Samsung’s Gear VR goggles. The device -- no surprise here -- is essentially a goggles-style headset that would hold an iPhone directly before the wearer’s eyes.

U.S. patent number 8,957,835, filed way back in September 2008, illuminates the the plans for a “Head-Mounted Display Apparatus for Retaining a Portable Electronic Device with Display." Think a cross between Gear VR and Google Cardboard (thankfully without the cardboard) and you’re basically there. 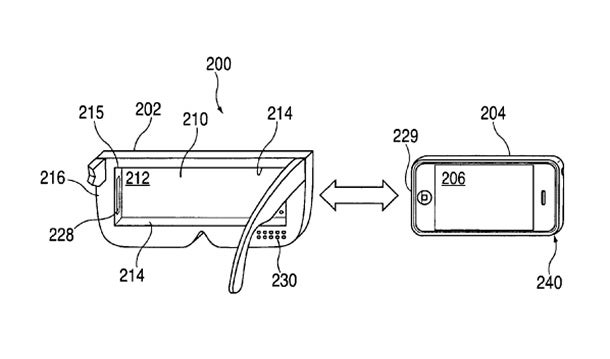 Before you get too excited, remember that a patent does not an actual product make. Just because a patent exists, doesn’t mean the device will come to market, in its originally proposed form or otherwise.

In related news, Facebook’s head of product said at a Re/code conference in Dana Point, Calif. yesterday that the social media giant is creating versions of its apps for virtual reality. Facebook scooped up virtual reality startup Oculus VR for $2 billion last year.

Related: Hate Flying? This Dreamy (or Dorky) Virtual Reality Helmet Could Help You Escape the Experience.