Since its launch in 2013, fast-casual Japanese restaurant Chez Sushi has managed to find a loyal following in the UAE, and after having opened three outlets in the country, it’s now gearing itself up for further growth. “Both the loyal sushi-loving customer and a growing customer base have taken to Chez Sushi’s fast-casual dining concept, driving popularity for the brand,” says Hiba Kosta, Chez Sushi co-founder and Managing Partner. “The evidence of this is that Chez Sushi has seen market demand drive a growth rate that has seen a new location open, on average, every six months since opening in 2013. There are also a further two outlets set to open in Q1 2015.”

But the UAE is not the only country that Chez Sushi is targeting as part of its expansion drive- in December, the brand launched its first non-UAE franchise in Oman. Kosta reveals that Chez Sushi has partnered with Abu-Mai LLC, a sister company of the OHI Group, for its operations in Oman, and even as the first outlet secures its place in the market, plans are already underway for a second branch to be opened in Muscat in the next five months. “When we first announced that we were franchising, we started to get a lot of emails from Oman asking us to open there, [and] we realized that the market in Oman needed Chez Sushi,” Kosta says. “We were ready to open outside of the UAE. Oman came at the right time, [and its] geographical proximity to Dubai made it even easier for us to set up and allow [our partners] to send their team to train with us in Dubai.” 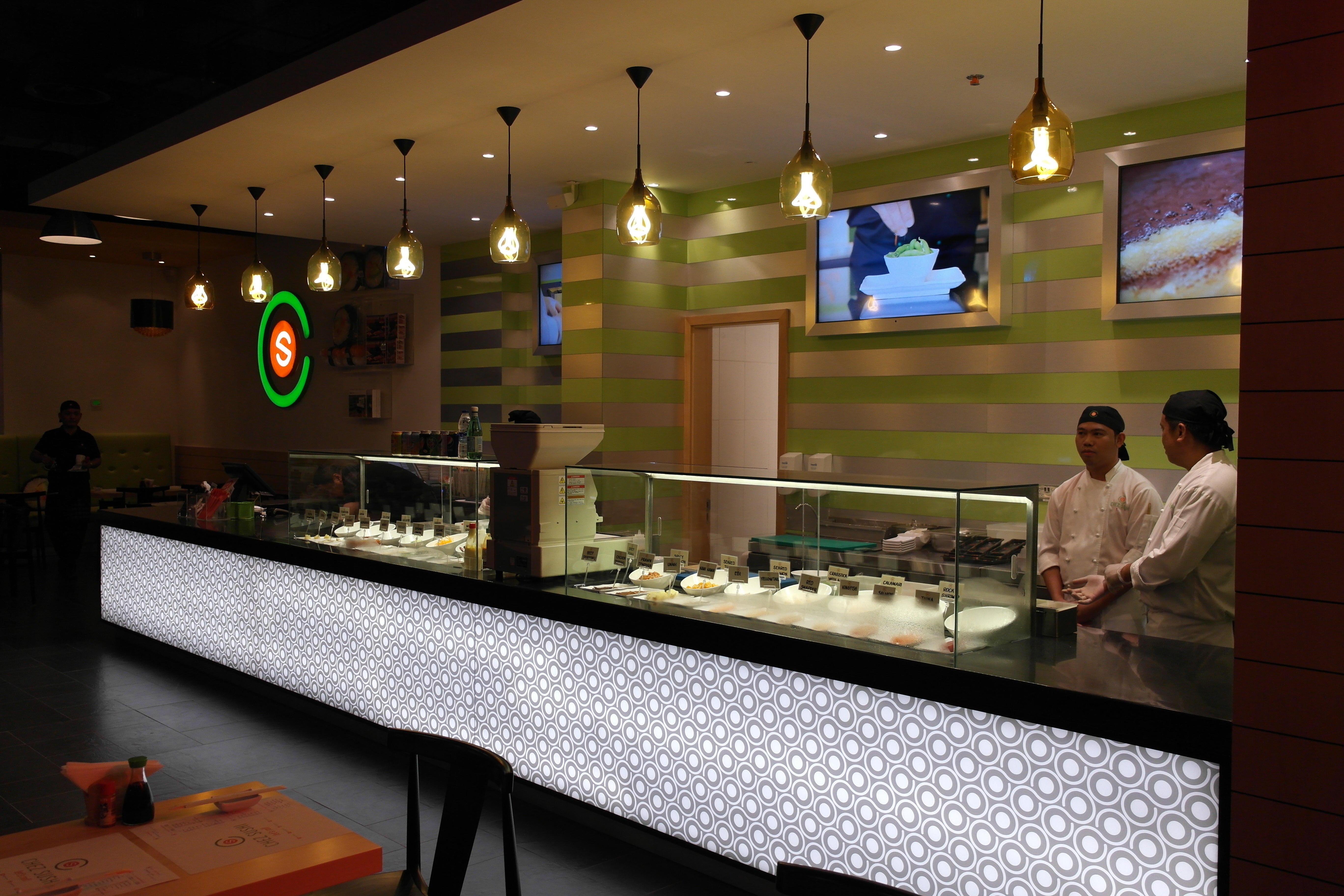 Oman just marks the beginning of Chez Sushi’s regional expansion plans. Kosta says that plans are underway for a presence in Bahrain in the next two months, with the company having signed a deal with a local F&B management company, Eatcorp.“The plan is to take Chez Sushi to markets that show a gap in the market for the fastcasual dining concept,” Kosta explains. “Having started in the UAE, the regional markets are the more obvious destinations to explore, as there are certain similarities in these markets that can be learned from. That is not to say, however, that we would limit growth to the region. We need to be assured of the need factor and demand in the markets we are assessing. In fact, that will always be the driving factor for any growth– whether we can add value to a given market, not growth for growth’s sake.”

Kosta also says that while Chez Sushi’s model for expansion has been firmly in place from the start, she and her team have been cautious about driving its expansion as well. “In order to look at a franchise model for international growth, then it is vital that you have 100% certainty over the essence of the brand,” she explains. “It is only if you have that confidence, backed up with guidelines, that you can ensure a quality maintained to the same level as those owned, in the home market. I would not have the confidence to expand onto the international scene without having faith in the brand’s identity and transferability into multiple markets. However, I still take a personal interest and I’m involved in the launch of every new location that opens, so I can see for myself that everything is as it should be.”