As the purveyor of the Applebee’s Neighborhood Grill & Bar and IHOP brands of restaurants, DineEquity is one of the largest full-service restaurant companies in the world. And for such a global company, DineEquity is doing pretty well for itself- its unaudited restaurant sales for 2013 totaled approximately US$7.3 billion. Its presence in the Middle East has been steadily growing as well, with DineEquity Chairman and CEO Julia Stewart recently visiting the region to meet with the company’s franchisee partners here and explore future strategies and avenues for growth.

When asked about DineEquity’s formula for success, Stewart pointed toward the excellent work done by their franchise partners in the business, noting that her Glendale, California-based company took a lot of care when choosing partners, especially in the case of its international franchisees. “I think it’s fair to say –and I can’t speak for other brands, but certainly for us- that when you are 15,000 miles away from corporate headquarters, you better pick a partner that you are going to be married to for 25 years, whose levels, whose values and whose standards are stellar,” she said. “We tend to say that our international partners are of a different ilk. Their pristine standards and level of excellence is, for the most part, of a different ilk, because of the nature of the beast. So we want [to partner with] someone whose standards are beyond reproach.” 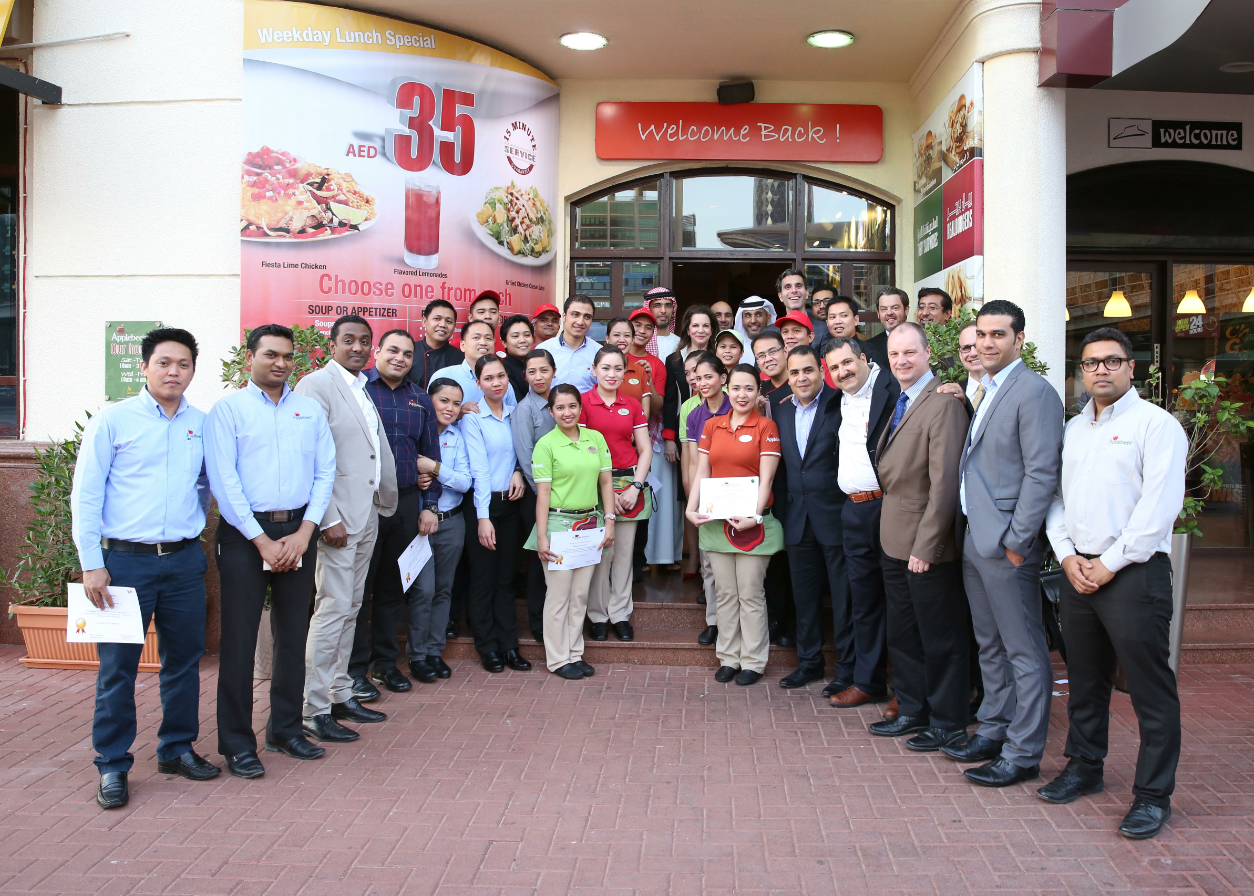 Julia Stewart with the team of an Applebee's outlet in Dubai. Image credit: DineEquity

And DineEquity’s Middle East partners certainly fit that particular description- for instance, Applebee’s franchise partner in the UAE, Jananah Investment LLC, was recently named the brand’s International Franchisee of the Year. “I think, for me, overall, the Middle East is a huge opportunity for us, for both brands,” Stewart said. “And I think [that’s] one of the reasons I’ve given this mandate [to our partners here] about really standing out. So it’s not take whatever we do in the United States, slap it in the Middle East and call it a done deal. It’s this notion of how do you keep this brand fresh and differentiate it based on the consumer insights, and stay steps ahead of the competition. I think that is critical. And I think we have successfully done that with both brands, in the process of taking it to a whole another level.”

So, how does DineEquity ensure that its franchises thousands of miles away from headquarters are working the way that they should? “I get that question all the time,” Stewart replied, smiling. “I’d like to believe that after almost 57 years at IHOP and at least 35 years at Applebee’s, we’ve got this down. But I do give us high marks for our ability to hold people to a standard. And I think that’s [because of] a couple of things- we’ve just gotten good over the years, [with] infrastructure, systems and processes, holding people accountable. We have a very stringent process that we take all of our franchisees through on an ongoing basis. And then, once we get everybody to a pretty good standard, guess what we do? We raise the bar. So we are known for getting everybody to an A or B [in terms of grades]- we don’t really believe in Cs, Ds, and Fs. And once we get people there, we raise the bar and make the standards even higher. So I like to believe that we have done that very successfully.” 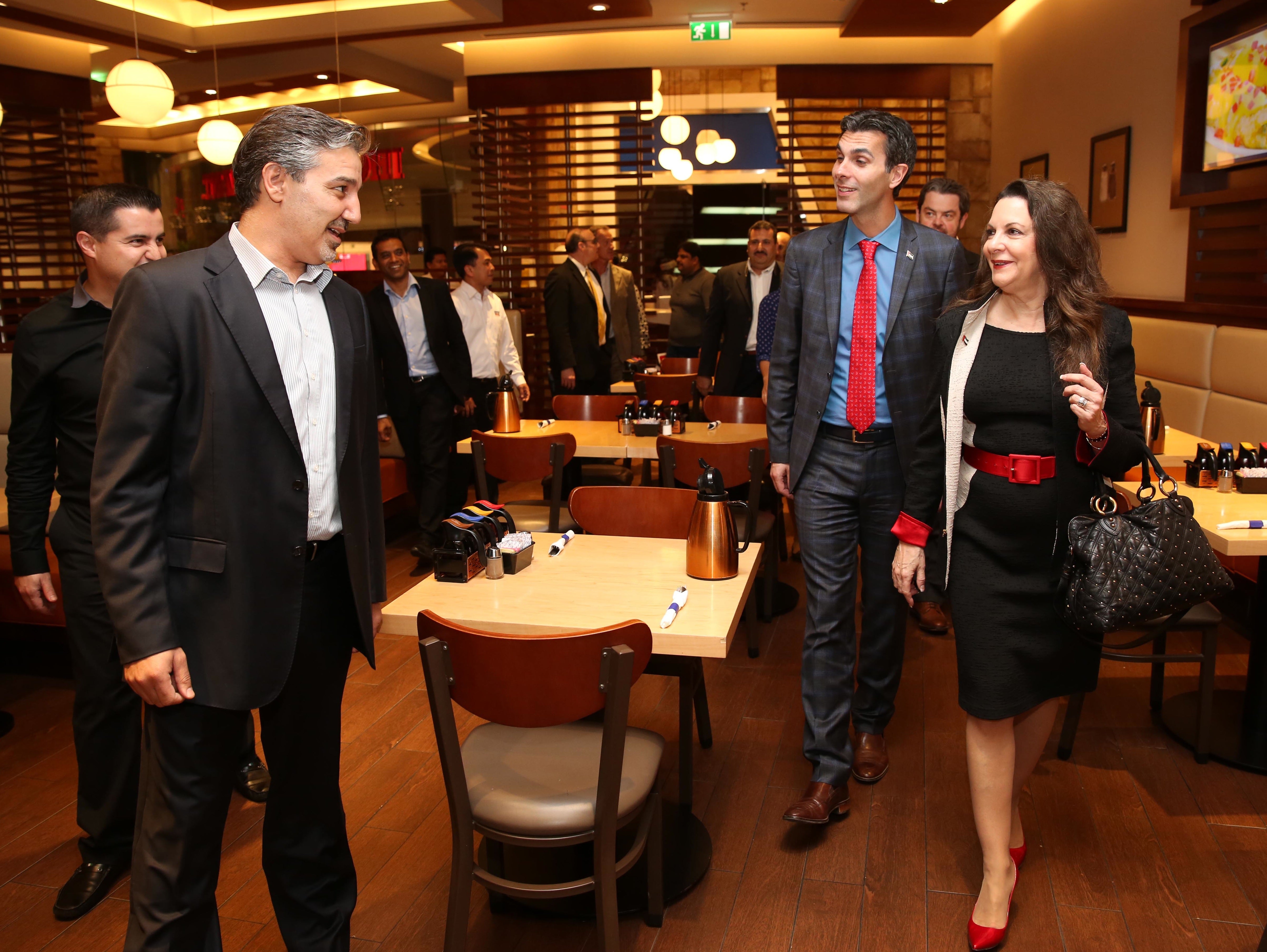 “Candidly, our culture is to manage by the relationship and not by the contract,” Stewart added. “So we are not known as being contractual people; rather, we are about the relationship. My job isn’t to try to make you fail; it’s to help you be successful. So we have systems, processes, infrastructure, tools… The idea is to how to make it better. But fundamentally I have to think we are good at it… We have a core competency in branding, franchising and upholding standards. I would say that that’s our core competency- I didn’t say it was running restaurants. So I happen to think this business model works best for us, because we take so much of our resources, and reinvest it in improving tools, systems and processes.”

According to Stewart, it is this commitment to excellence that’s going to drive DineEquity’s growth in the future. “There’s only three ways you really get growth: you get it organically, that is to say that your existing franchises do more sales to drive more traffic; you develop, you have more restaurants, more sites; and you extend your capability into an area where you are currently not… So we think between the organic growth that we are currently doing successfully, developing more restaurants and then expanding ourselves whether it’s into non-traditional, or other forms, or even new concepts, we think we have a huge opportunity. Daniel [del Olmo, President – International, DineEquity] has been challenged with tripling the business in the next five years outside the U.S.; I have every confidence that it is possible, but I do think it comes down to our partners.” Julia Stewart with the team of an IHOP outlet in Dubai. Image credit: DineEquity

A nearly 40-year veteran of the restaurant industry, Julia A. Stewart serves as Chairman and CEO of DineEquity, Inc, one of the world’s largest full-service restaurant companies, which she led the creation of in 2007 by merging Applebee’s Neighborhood Grill & Bar and IHOP Restaurants into a $7 billion system sales company. Prior to creating DineEquity, she was the first female CEO of IHOP in the chain’s 54-year history, and before that, she served as the President of Applebee’s. Earlier in her career, she also held key executive positions with Taco Bell, Burger King, Carl’s Jr., Black Angus/ Cattle Company and Spoons Grill & Bar. Stewart’s lifelong passion for the restaurant business started with her first job as a teenage food server at IHOP in her native California. Stewart is also a founding member of the Women’s Foodservice Forum (WFF), a vital industry organization dedicated to the development and advancement of women, and is the recipient of numerous industry awards.

Based in Glendale, California, DineEquity, Inc., through its subsidiaries, franchises and operates restaurants under the Applebee’s Neighborhood Grill & Bar® and IHOP® brands.

200,000+ The approximate number of DineEquity team members including franchisee and company-operated restaurant employees