With the United Kingdom being home to 55% of the world's major retail brands, it's fairly easy to see why Gulf businesses in this particular sector would be interested in the country as a launch pad of sorts for the globalization of their respective operations. The city of London especially is a major draw for retailers wanting to grow their customer bases- besides boasting of 8.6 million residents who are known to be avid shoppers, the UK capital also attracts more than 16 million international visitors every year.

"London is a natural gateway to Europe," said Sir Edward Lister, Chief of Staff and Deputy Mayor, Policy and Planning, London, when asked to give a reason why Gulf businesses looking to expand should consider the city as their next stop on their road to growth. "You have the English language [here], and we have the rule of law, which is very important from an investor's point of view. And it's the right time zone too, both for the Gulf on one side and the Americas on the other. So, if you are a business [in the process of] expansion, it's just a good place to be."

But while the benefits of setting up shop in London may be many, one simply cannot afford to ignore the high costs one will have to take on to start a business in the city. Besides the fact that London is indeed one of the world's most expensive cities to live in, international real estate consultancy CBRE also recently listed it as one of the world's most expensive high-street retail destinations, with retailers having to shell out rents that go as high as US$1,328 per sq. ft. per annum. 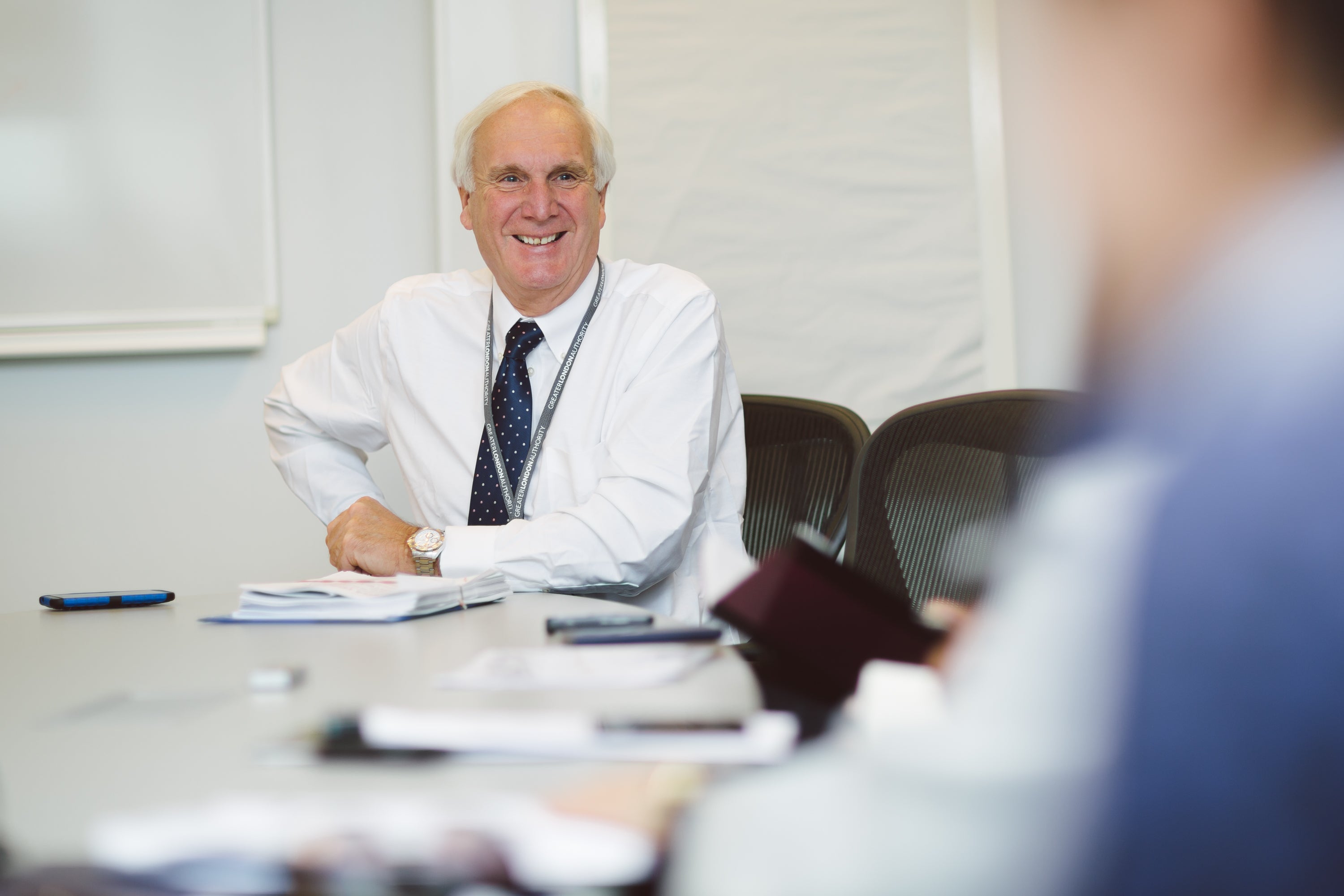 Given the aforementioned figures, starting up a retail business in London is definitely a rather pricey proposition- but Sir Lister insisted that the rewards one could expect from investing in the city make it well worth the investment. "Costs are high, but so is the population," he explained. "The potential purchases [here] are so much higher. I mean- this is a city of 8.6 million people. There are not many markets with 8.6 million [people] in them, all close at hand, and they are here. Indeed, London is an expensive city, but it's an even playing field."

Lister also pointed toward the efforts being taken by the UK government in making it easier for overseas companies to invest in the country. For starters, there is its UK Trade and Investment (UKTI) department, which is focused on supporting foreign companies seeking to set up their businesses in the UK. For the city of London per se, the city's official promotional company, London & Partners, plays a key role in aiding foreign direct investment and helping overseas companies with their operations in the city.

"So we're all there willing to help people get themselves established, get their business going, put them in touch with companies that provide them the kind of professional services to buy property, rent property, lawyers, accountants, all the rest of it, we can help you find those people," Lister said. "And, of course, the great thing is that you can get a company registered in this country in a matter of days. It's not a long process to get established here—it's easy. I challenge you to do that in many other countries in Europe—this will be far quicker."

And for businesses that want to start up in London, the city does have its own share of startup-friendly attributes that can be very enticing, especially for those in the retail sector. Elizabetta Camilleri, co-founder and CEO of SalesGossip, a digital marketing service that aggregates information on fashion, beauty and shopping, started up her company in London in 2011, after noting how the city's thriving retail sector was just the right landscape she needed for her app and online service, which she aims to make "the Spotify of fashion."

"We knew we needed to be somewhere where we can incubate the idea, grow it and then take it globally," Camilleri said. "So London was perfect, because [of] its massive tradition in retail- if we could not make it work in London, we could not make it work in other places… London has an ecosystem of startups, but there is also the ecosystem of amazing long traditions of retail and businesses that are very transparent, very open, and interestingly enough, very supportive of small and innovative businesses. So being in London is perfect."

When asked why overseas businesses should consider the UK to grow their operations, Camilleri, who is originally from Malta, replied, "What the UK, I think, has different from most other countries I have lived and worked in is that everyone at one point comes here… It's super easy to open a business here, and it's very, very transparent. It's not complex- you get all the support you need, whether it's from private organizations or government organizations. It's amazing the amount of support you end up getting." 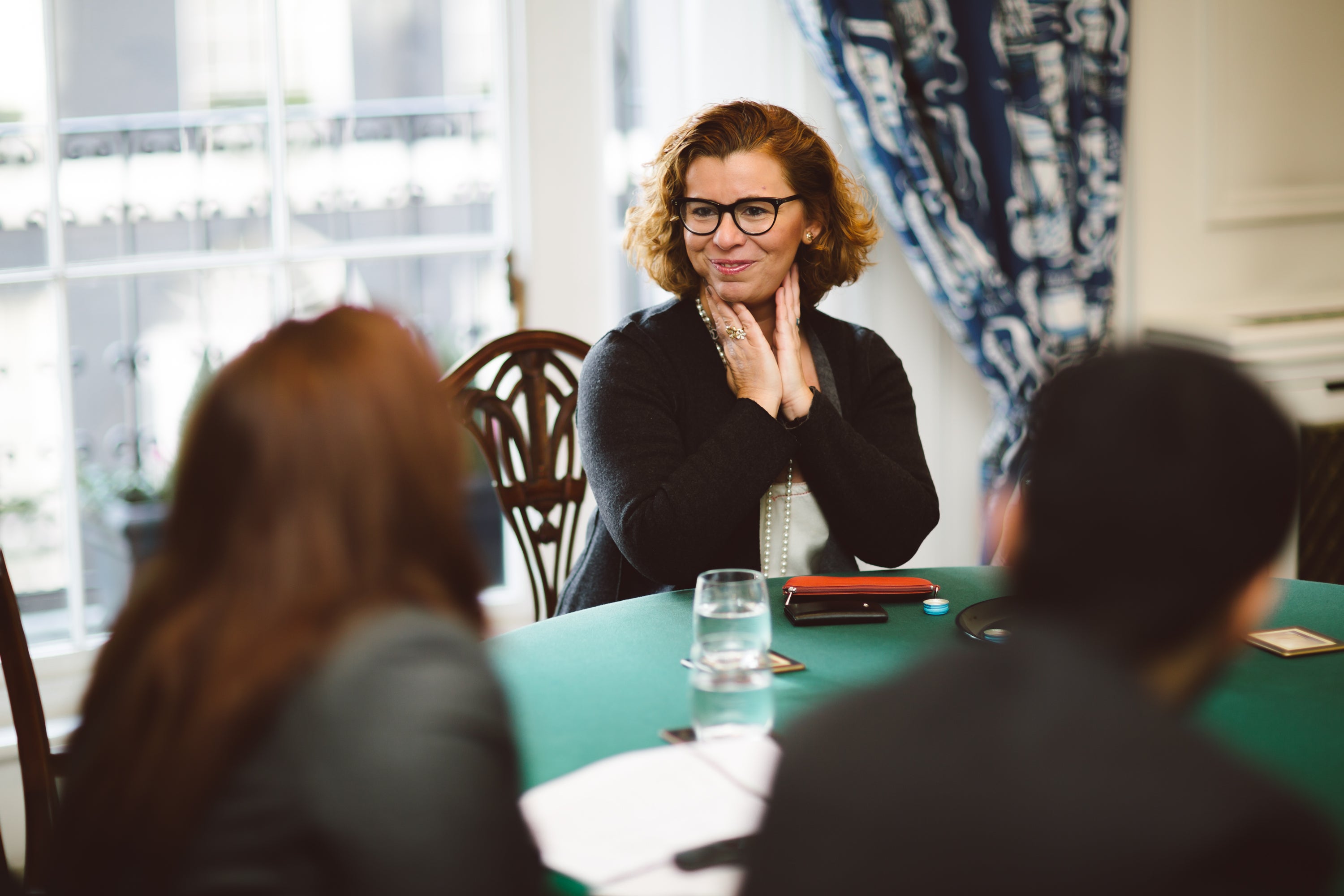 This support that Camilleri talks about is clearly evident in the efforts UKTI has been making to woo businesses in the Gulf to launch their international expansions in the UK. One of these has been the 2015 GREAT Business Award, launched by UKTI in January this year, which offers business owners and entrepreneurs in the Gulf the chance to visit the UK and "benefit from a bespoke, three-day program of meetings with UKTI specialist business advisors and internationally recognized figures from the prestigious UK retail sector."

The competition, which runs until March 31, is a great chance for business owners in the Gulf to check out what the UK has to offer in terms of business potential, and, at the same time, get their ambition and plans for their respective companies in the UK validated by a panel of judges that includes Camilleri, acclaimed British chef and restaurateur Gary Rhodes, Group CFO and Commercial Director of The Toy Store Mark Handley and British Ambassador to the UAE HMA Philip Parham.

Handley's presence on the judging panel could be particularly interesting for Gulf business wanting to make inroads into the UK- after having made quite an impression in the GCC retail sector over the last ten years, his company, The Toy Store, is now gearing up for its launch in London on one of the city's most famous shopping locations, Oxford Street. "It's a great opportunity," Handley said, in a video created by UKTI for the 2015 GREAT Business Award. "And it puts The Toy Store as a major player globally."

The Toy Store is clearly hoping to follow in the footsteps of other GCC-originated businesses that have made it big on London's high streets- these include perfume company Arabian Oud and gourmet confectionary maker Bateel, both of which started out in Saudi Arabia, slowly established their presence in the wider GCC region, and then staked their claim in the UK market. But while their success stories are indeed inspiring, business owners looking to start up in the UK would be wise to prepare themselves for an arduous journey ahead all the same.

"It took us three years to find the right location," said Mohammed (Oliver) Zeitoun, Founder and Managing Director of the Maki Restaurant Group, when asked about his efforts in setting up a branch of his hugely popular GCC-born enterprise (it has locations in Kuwait and Bahrain) in London. In fact, Zeitoun only recently finalized a location for his restaurant in the city's fashionable Soho neighborhood- the acclaimed restaurateur is now moving ahead with a plan to open the Japanese-fusion establishment in the summer this year.

But while it may have taken a long while for Zeitoun to get to this particular point, he also noted that he wasn't willing to compromise on his standards, or the dream he had for the London location of Maki. "Our requirements were very specific, and we are passionate about our business- we don't want it to be just another business," he said. "So it took us three years. We were fortunate to find a location, but the premium is very high, cost of investment is extremely high. So that's the biggest challenge." 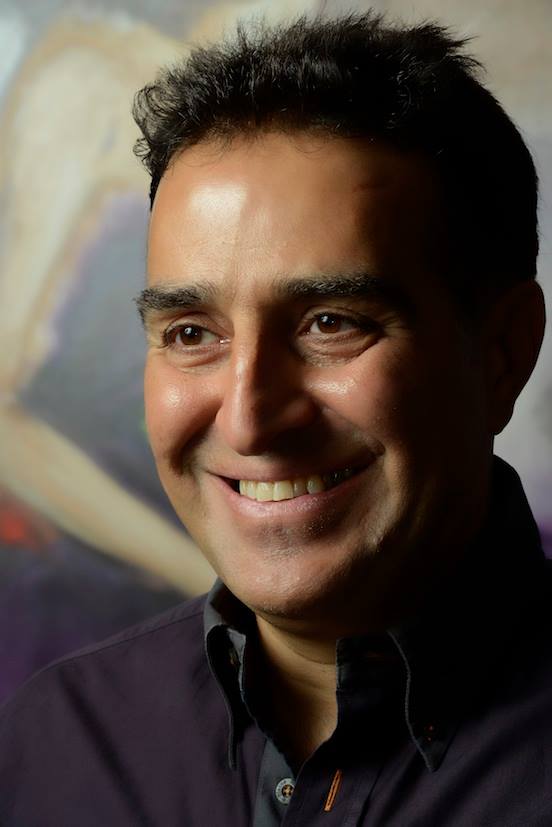 However, once that particular hurdle is crossed, Zeitoun noted that the rest of the process is a lot less complicated that what one might expect. "Everything else is extremely easy, as far as setting up the business, legalities, setting up an establishment, etc.," he explained. "All these processes are very simple, straightforward… Once you get the appropriate connections -be it the lawyers, auditors, etc.- they will give you the proper advice, and they will [also] help with the setting up of your business."

With help like that on hand -and not to mention the lure of the potential return of investment- it's not too hard to make a case for why Gulf retail businesses looking to expand overseas should consider the UK as their first port of call. The costs involved may be rather worrisome in the beginning, and there may be stumbles along the way as well, but at the end of the day, London does represent a very valuable opportunity in terms of business growth- and Gulf businesses shouldn't be wary of taking on the challenge head on.

The 2015 GREAT Business Award offers nationals and residents of the United Arab Emirates (UAE), Saudi Arabia, Qatar, Kuwait, Bahrain, and Oman unique access to the UK market to build their retail businesses. Entries for the competition are being accepted until March 31, 2015; more details about the same can be found by clicking here.