By Kareem Chehayeb April 16, 2015
Opinions expressed by Entrepreneur contributors are their own.
You're reading Entrepreneur Middle East, an international franchise of Entrepreneur Media.

Another year, another packed Arabnet Conference. While Beirut might not be considered the region’s business hub, Arabnet Beirut 2015 could easily make doubters think otherwise. The three-day conference took place in mid-March, and was comprised of a series of workshops, discussion panels, and startup pitches, meaning that attendees were in for a treat.

Among the most interesting workshops on the first day was focused on accelerators, which we’ve seen blossoming throughout the region. Dina Shawar from MENA accelerator giant Oasis 500 had an interesting talk about the role of accelerators in the region’s current entrepreneurial ecosystem. Interestingly enough, she claimed that despite the recent influx in startup accelerators, the region still has ample room for more. This is obviously something still debatable among entrepreneurs and industry leaders, many claiming that accelerators will “fizzle out”—we’ll see.

Of course, you can’t have a conference that focuses on digital without talking mobile. The second day had an interesting discussion panel on mobile trends, and the whole thing got heated in just a matter of minutes. It was arguably the most engaging discussion panel. The mobile era, which they described as Web 3.0, was covered in its entirety. There was discussion about how television channels are starting to transition or adjust to mobile, and there was much talk about what they called the m-commerce revolution, and whether they should just call it “commerce” from now on. And of course, tons of talk about wearable tech, though I’m still not fully convinced about the usefulness of wearables. 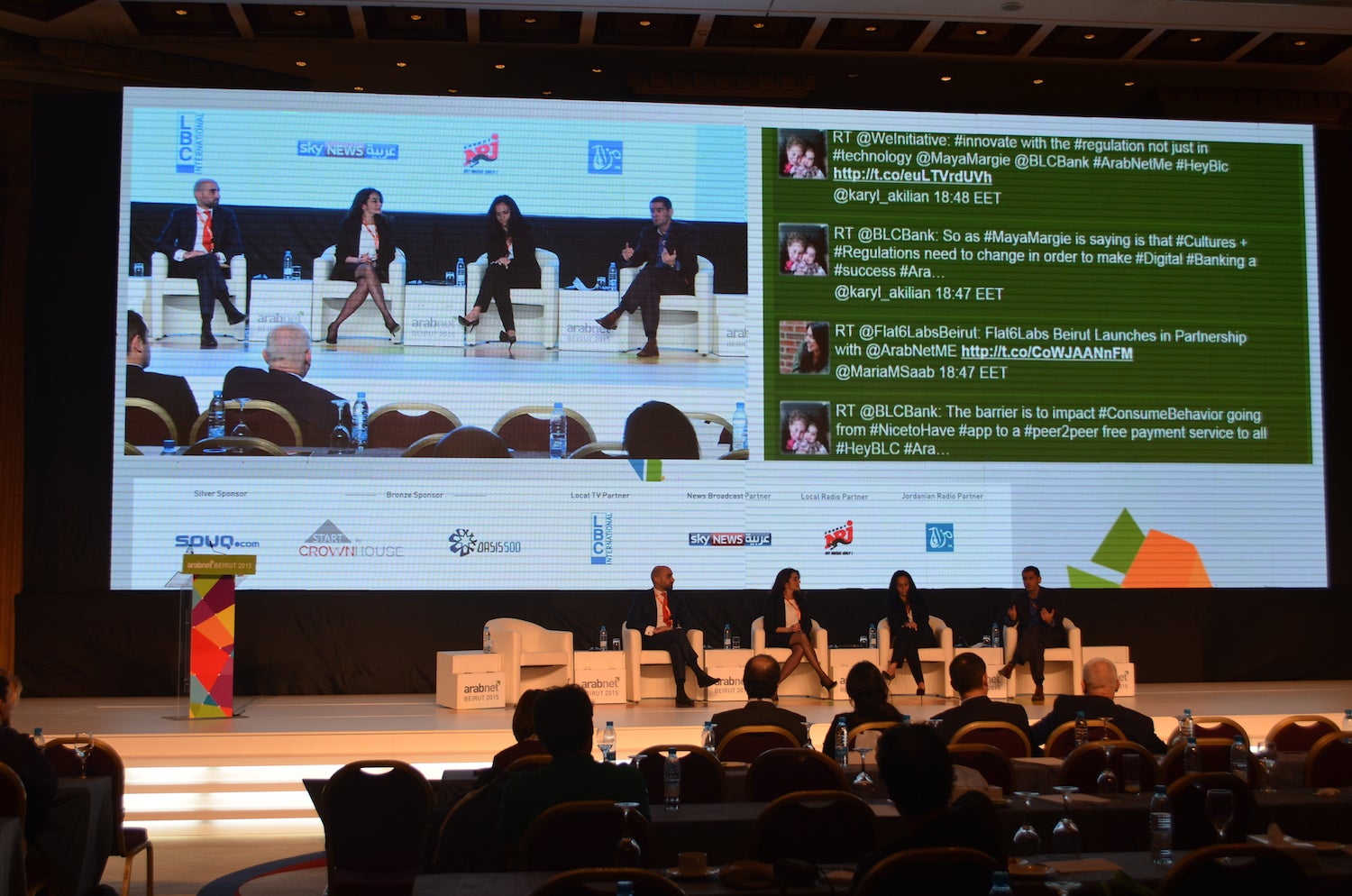 Moderated by the Chair of the Pan Arab MIT Enterprise Forum Hala Fadel, the panel featured Monty Mumford, founder of Mob76 and tech writer on various publications, including The Economist, Forbes, and Mashable, CEO and founder of Blackbox VC Fadi Bishara, Hasan Zainal from Arzan Venture Capital, and Kelly Hoey, who many know as one of the most influential women in VC today.

The third day wasn’t any less interesting, with talks on e-commerce and social media standing out. Young entrepreneur and co-founder of Cup and Roll Wassim El Haddad, an F&B brand, talked about how his micro-business turned into an active small business through proper social media practice. That’s right, he actually used social media as a marketing tool, without hiring an external team, and by building an audience (organically).  Later on, there was also a discussion about social media crises, which I particularly enjoyed because I find these sorts of SNAFUs hilarious, though I don’t wish that kind of ill on anyone. 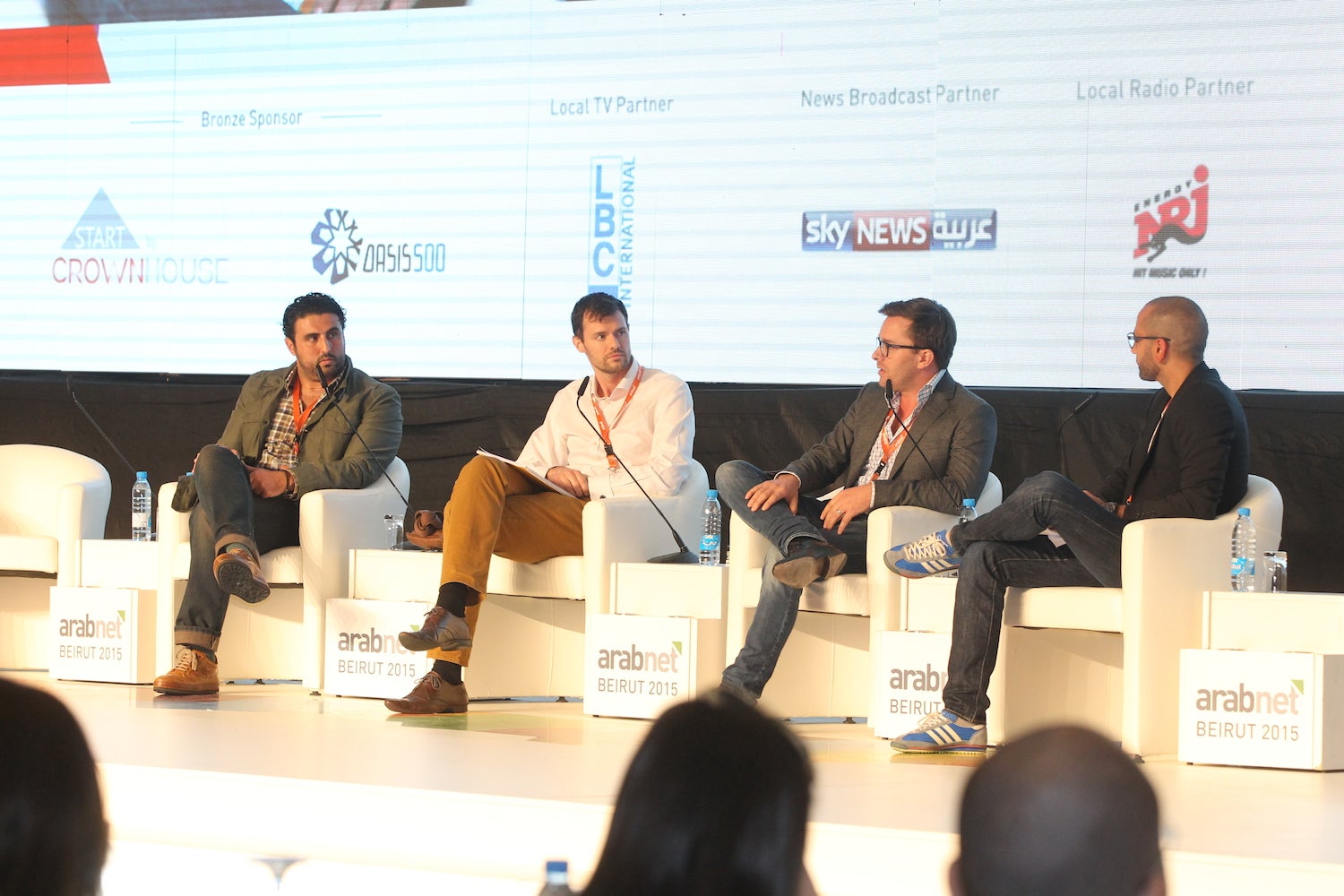 And of course, I discovered an interesting new m-commerce business called T-Pay (not T-Pain). You pay through direct carrier billing; this could be a huge hit outside the GCC, where credit card usage is still very low. That said, it seems to be a hit in Saudi Arabia for small-scale purchases, so keep your eyes peeled for more news on that.

Finally, I have to mention all the interesting startups that pitched in, a few of whom were familiar to the folks at Entrepreneur Middle East, notably MICEit.

ArabNet Digital Summit in Dubai takes place from May 27-28.