Making Productivity A Priority: Silatech Is Working Toward Developing the Qatari Workforce

By Erika Widen April 21, 2015
Opinions expressed by Entrepreneur contributors are their own.
You're reading Entrepreneur Middle East, an international franchise of Entrepreneur Media.

Since its establishment in 2008 to expand opportunities for young people between the ages of 18-30 throughout the Arab world, Silatech has financed more than 85,000 youth-owned businesses, and created or sustained more than 134,000 jobs. “We promote large-scale job creation, entrepreneurship, access to capital and markets, and the participation and engagement of young people in economic and social development,” says Stephen Brannon, Director of Communications of Silatech. “We have trained around 3,800 staff from youth-serving NGOs, reached more than 8.4 million people through campaigns, and engaged around 920,000 youth through Silatech programs.”

These numbers are especially significant when considering the fact that the Arab world, according to Brannon, has the highest youth unemployment rate of any region worldwide, at 29%. “This unemployment keeps young people excluded from many of the common stages of adult life, as they are unable to afford marriage and forming a family,” he says. As a result, this ‘youth exclusion’ causes tremendous social stress, but at the same time, if the productive potential of this ‘excluded’ group can be put to work, the region can benefit greatly. “Our role at Silatech is to innovate new approaches to youth employment, test what works and what doesn’t, and then scale up, replicate, and spread the word to others about the programs and policies that make real impact for young people,” Brannon explains.

Silatech strongly believes in an all-hands-on-deck approach, and as a result, works with governments, NGOs, financial institutions, the private sector, academia and training centers, and the media, in addition to working with anyone who is keen about combatting youth unemployment in the region. “The problem is simply too massive for any one sector to address alone,” Brannon says. “We take a holistic approach to youth employment and entrepreneurship programs. It is important to note that Silatech works almost entirely through partners. We see ourselves as a catalyst, or an enabler, that brings together partners and provides the necessary ‘missing ingredient’ -often in the form of technical expertise and experience- to launch and sustain successful programs. We have approximately 150 or so partners, from the region as well as internationally.” 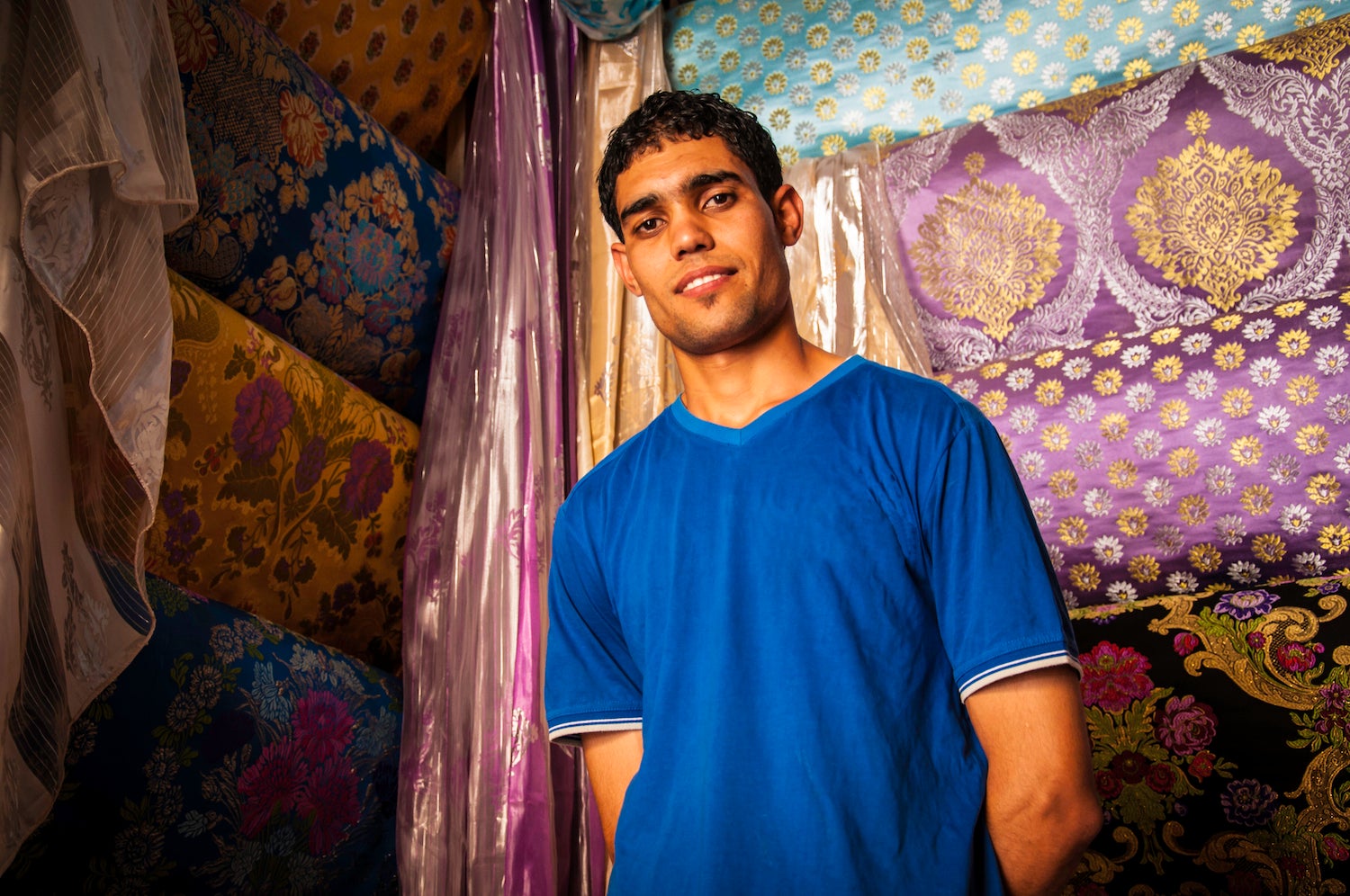 Interestingly enough, Brannon notes that prior to 2011, it was often difficult to get policy makers to pay attention at the national level to the issue of youth employment- it was simply not high on their agenda. However, this is no longer the case, as extremely high levels of youth unemployment became associated with instability and unrest. Having said that, while youth unemployment is now certainly on the mind of many more policy makers in the region, they are generally more focused on short-term crisis management. As a result, Silatech decided to change its modus operandi as well. “We shifted our strategy at Silatech away from a heavy reliance on governments toward a greater variety of partnerships with other NGOs and the private sector,” Brannon says. “We’ve also increased our reliance on technology, which helps to overcome physical barriers, and we’ve implemented programs across a wide range of countries. This enables us to be able to shift geographic focus quickly—in case unrest puts a halt or slows down programs in one country, we can rapidly ramp them up in places where the situation is more promising.”

Currently, Silatech has some programmatic presence in 15 nations out of the 22 countries of the Arab League. In addition, they have offices in Morocco, Tunisia, Yemen, Egypt, Palestine and Jordan, but their headquarters is based in Doha. In fact, Silatech’s closest and oldest partner is Qatar Development Bank (QDB), with whom they also co-founded the Bedaya Center for Entrepreneurship and Career Development in 2011. “Truly, we are a regional organization,” Brannon says. “We’ve deliberately tried to engage in a large number of Arab countries so far, but at this stage in our development we are planning to focus our efforts more intensively in selected countries.” Brannon further explains how each country is unique, including its economic situation for the youth, legal requirements and regulations, in addition to the availability of local partners to work with. “Some need our help more than others, and we are able to achieve more in line with our mission in some places than others,” he says. However, Silatech tries to build their programs with the right partners and in the right environments in order to achieve the most impact they can for young people. “We are operationally independent, and our decisions on where to work and whom to partner with are always based on these criteria, not on any political considerations,” underlines Brannon.

Silatech has also focused with a substantial degree of success on the micro-enterprise level. For instance, Brannon describes how young entrepreneurs have traditionally been considered a very high risk by banks in the region, and often have a very difficult time accessing the finance required to either start a new business or expand an existing one. “So we work with financial institution partners to help them develop financial products specially designed for young entrepreneurs,” he explains. “We help them adjust their criteria for loan recipients, thereby providing more young people with access to finance, while at the same time reducing the risk our partners face from defaulting loans to very low levels. To show that we are committed and have skin in the game, we invest seed money from Silatech as well.”

In addition, Silatech helps increase the young entrepreneur’s chances of success by offering mentorship programs and various business support services. “Again, this is a win-win situation for both young entrepreneurs and the financial institutions serving them,” Brannon says. “By demonstrating our successes together with partners such as Al Amal Microfinance Bank (Yemen), Al Barid Bank (Morocco), Microfund for Women (Jordan), and many, many others, we are changing the landscape of microfinance in the MENA region.”

On the other hand, career guidance is largely an unknown concept in the region, hence many young people take a career for which they are neither suited for or even enjoy. Additionally, family and societal pressure also plays a big role. It’s to tackle this issue that the Tamheed career program was designed. It’s an initiative that assists young people to figure out what type of career they might find rewarding, in addition to figuring out what they are good at doing, and what careers are in demand. Trained Tamheed advisors work individually with each young individual Silatech blog to find a viable career path that will lead not only to gainful employment, but to a good fit with their personality and skills as well. “Conducted through partnerships with universities, youth-serving NGOs, governments, etc., our Tamheed programs are usually conducted in conjunction with actual job placements,” Brannon says.

At present, Silatech has three core areas, and each of these has a variety of programs in different countries. Its Enterprise unit partners with financial institutions, training centers and designed programs to help young Arab entrepreneurs receive financing and assistance, often for small or ‘micro’ enterprises requiring US$1,000 or less. “Silatech is the largest provider of youth-focused microenterprise support services in the region,” Brannon says. In addition, Silatech’s Employment unit helps young people decide what career path best suit their abilities, and match them to job opening via an online portal ta3mal.com, and its Policy and Research unit analyzes which programs work best and why. “Some of our programs are regional, covering multiple countries, but most are developed in partnership with institutions that serve only one particular country,” adds Brannon. By mid-2015, Silatech will also unveil Narwi (www.narwi.org), the first online micro-endowment (or Waqf) platform. “It will allow users to create a personal endowment that they can contribute toward financing the young Arab micro-entrepreneur of their choice,” he says.

Brannon highlights how their approach within Qatar is notably different since while Silatech primordial goal is to fight youth unemployment, the country itself has one of the lowest unemployment rates in the world. Career guidance, and a volunteer network known as Tamm is used instead to promote a culture of civic service and volunteerism, and via their Policy and Research program, Silatech supports the development of a diversified entrepreneurial economy. “We also work to support the development of the Qatari workforce, both through an active program to train young Qataris to work at Silatech, and in conjunction with partners in universities and the private sector.”