“The beautiful thing about Qatar is that it’s a country to get your entrepreneurial juices flowing. Many people come up with great ideas and looking to collaborate, I formed HUG as a holding company to place all the different ventures I partner or invest,” says Khalifa Saleh Al Haroon. In 2008, Al Haroon launched Haroon United Group (HUG) and the popular I Love Qatar network. Despite having numerous distinctions and awards under his belt, this serial ‘trep is convinced that he can do more, both for his company’s brand proliferation and portfolio diversity. At present HUG owns shares in a variety of different business sectors– including Qatar National Occupational Safety and Health Center, HUG Properties, Global Food Concepts (which focuses on F&B concepts), Shake SHAKE (a healthy fast food brand), King Koil, Carrot Social, and Creative Space to name a few. The I Love Qatar network is a group of websites such as Qatar News, Qatar Events and Dine Out Doha. “The I Love Qatar Network kind of just happened. There was no master plan in the beginning,” recalls Al Haroon. “However, as I saw the potential of what I had, it evolved into a great media channel. My sights grew to online, content creation, either building or acquiring websites within my network, or even expanding into video content and radio.” Al Haroon has recently been focusing substantially on YouTube content as well. Among the shows include QTips, Event Round Up, Mr. Q Visits, IgnitionME, Karak Time, Raqami TV, and soon launching a weekly YouTube show called Top 5 Everything. “QTips has grown in popularity, honestly, I didn’t expect how popular the show would become internationally. We’re about to hit three million views. Every Sunday, we release Bite-Sized Cultural Tips for approximately two minutes. Each show usually has a humorous twist to it too.”

The idea of QTips videos commenced when a foreigner entered into an elevator and Al Haroon was standing on his right-hand side. “At first, I considered the person to be rude, however, it then dawned on me that the person probably didn’t know the ‘right side-first’ rule. There are a lot of people out there that don’t know our culture and basic etiquette, and it’s important to know.” He adds how when they first got started, there wasn’t a lot of Qatari activity on YouTube so they put together a quick video calling out on people who might potentially be interested in being a host. “After a while of waiting, I decided to just host it myself, the rest is history.” Today, Al Haroon has a number of people who are contributing to make the weekly videos possible. Among those include Hamad Al Amari, Saad Al Nuami, Mohammad Al Jufairi, Aziz Al Dorani, Alex Klim and Ramy Khalaf. “It’s been heartwarming to see the number of people who have been willing to contribute and help us bridge the gap between expatriates and locals,” adds Al Haroon.

In addition, Raqami TV is the latest channel to join their network, where a group of talented individuals share news, reviews, comparison, and advice on anything technological related in Arabic. Referring back to the challenges he faced in creating the I Love Qatar Network in 2008 as a young man in his early 20’s was a challenge. “I built the first version of ILoveQatar.net on my own, learning as I went along– in a tiny room behind my Dad’s home. Sadly, whether you are a traditional business or not, you still have the same requirements from the Ministry of Economy and Commerce, and the Ministry of Business and Trade.” The founder explains that he had to come up with QR200,000 of capital and get a physical office space: “Even though I didn’t need it, and pay for licenses, which I wasn’t sure I needed either. However, doing that made my website one of the first legally operating websites in the country.”

Al Haroon recalls going to several banks and governmental institutions to inquire for support and funding. “Sadly, it was hard for them to wrap their head around a business that didn’t sell anything and just generated revenue off advertising.” Even though he underlines how it
was never his goal to only make money. “I knew that to generate revenue off the site, I would need to come up with a plan for expansion and reach a critical mass; since growing a brand takes time, many investors didn’t want to wait... I am glad that I didn’t take any investment now though, some of the same institutions I asked years ago now ask me for support.” In the light of a promising future for entrepreneurs, Al Haroon believes SMEs are crucial for any sustainable economy, since, around the world, SMEs contribute to employment growth at a higher rate than even bigger organizations. “Globally SMEs contribute to anywhere  between 50% to 80% of the workforce. Qatar is investing heavily in a knowledge-based economy; we want people to be independent and to reach for the stars. To do so, SMEs are most definitely needed.” He also adds how smaller businesses take risks, promote competition, and contribute to society at a micro-level. “There are loads of organizations that have been set up to educate and inspire young entrepreneurs, and we see special competitions that try to kick start projects in the country, so, the entrepreneurship energy is in the air.” But, he does acknowledge the difficulty of accessing commercial spaces in Qatar in addition to the high cost of rent. “Setting up a business can be costly and confusing, and honestly, doing business in Qatar isn’t very easy.”

For instance, setting up a restaurant is difficult, such as finding a good location and decent lease, adding to the difficulties to acquire high-quality ingredients and the difficulties faced to import goods. “Want to set up an online business? Payment gateways are expensive, many banks don’t allow customers to use debit cards online, leaving credit cards as the only option, and only a small percentage of the population have one.” Al Haroon agrees that these challenges can be met as long as smaller businesses demonstrate that there is a need for change, and then things will happen. “You can’t fight progress. Of course, this is just based on my opinion and observations.” The young entrepreneur strongly believes that the country’s National Vision 2030 is what helped enable his ventures to exist. “I believe my projects touch upon all the pillars of the 2030 vision; they are economic, social, environment and human development.” In addition, he highlights how when he invests in either projects or businesses, he always asks the person he will partner with to invest at least 10% of the overall profit to support charitable causes or the com- munity. “I’m proud to give back to the country that’s given me so much.” Currently, one of his focus points is trying to identify local talent and encourage more YouTube content creators. He is working with a team to set up a new facility called The Creative Space, where people can feel free to bring some of their ideas to life, without fear of being judged for failure. The facility has three floors, first is Chill, a space where anybody can just hang out and work on whatever is on their mind. The second is Create, where they will have a fully equipped video and sound studios, and the third floor is Collaborate, a space where people can rent desks with an open plan model, and work on building the next big step. “We’re still in the process of finalizing the design of the location and identifying key partners and sponsors and we’re super excited to see what cool ideas are born out of this space.” 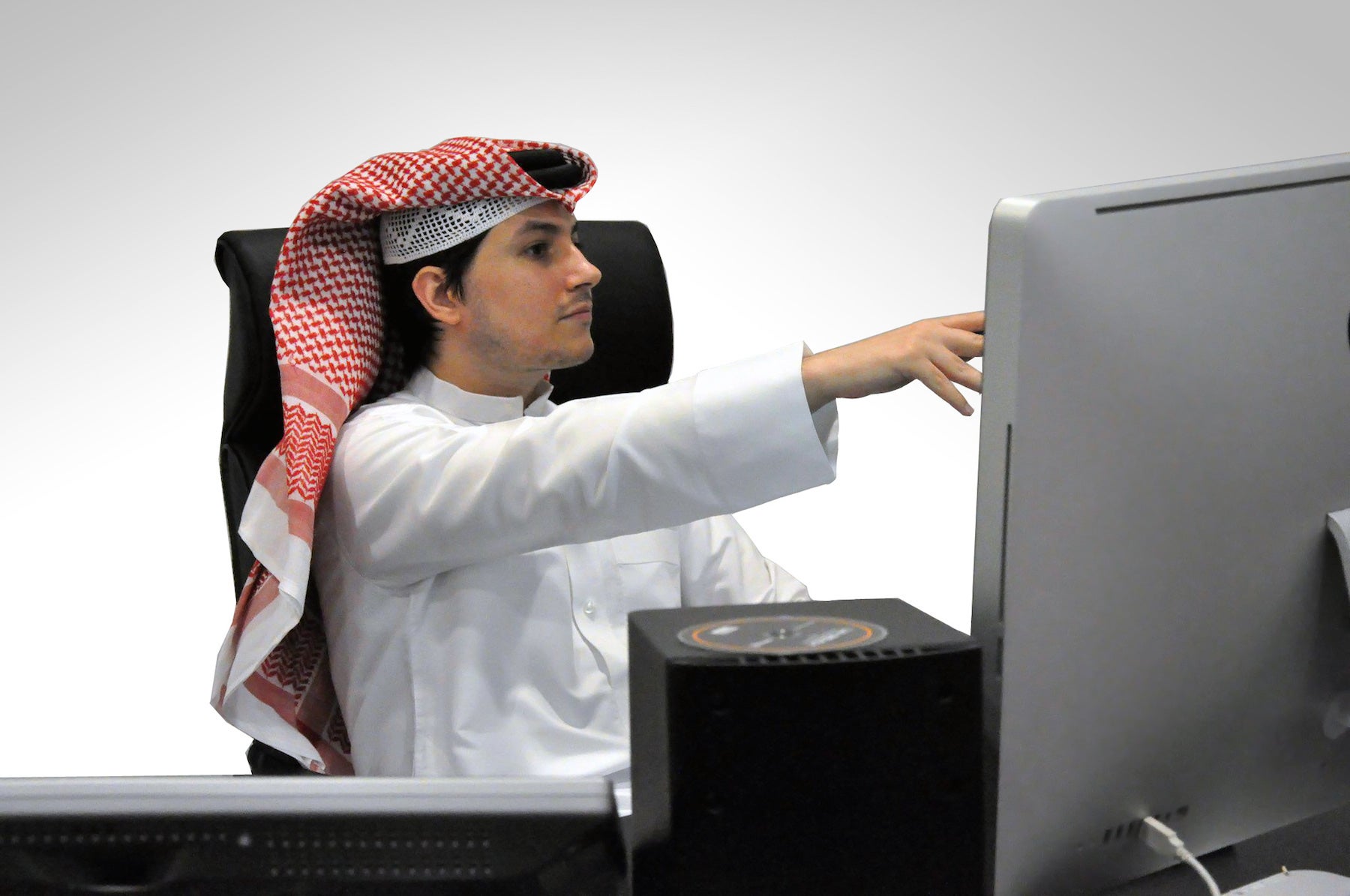 Simultaneously, in the pipeline, the QTips team is hoping to launch a book of QTips, and have QTips televised, and they’re hoping to receive additional support from institutions such as Qatar’s Tourism Authority and The Ministry of Culture. “I’ve got the Creative Space project, the YouTube Network, and a couple of more cool media and advertising related projects that are soon to be unveiled. However, on my list of businesses I want to invest or own a share in a radio station, a boutique hotel, and a café with a large stage where people can showcase their talents. Imagine having a laugh while enjoying a great lemon and mint smoothie,” adds Al Haroon. And his advice for those interested in getting into the world of startups? First, he says that focus is needed: pick a niche, select a demographic, and provide a solution or product that fills a need. Secondly, ensure one’s business is scalable. In other words, ‘treps should themselves: can your business grow outside of Doha, Qatar, the Gulf region and the Middle East? But before doing so, decide if growing your business is something you want to do. “I know some people who set up a couple of restaurants and are happy with the income they generate. This brings me to the third point– do what makes you happy. We’re constantly told what to do, what to say and how to think from the moment we’re born to when we get our first job. Most entrepreneurs realize that they don’t have to do what they don’t want to do, and that thinking leads to some of the world’s best innovations.”

Although Al Haroon holds a LL.B (Hons) in Law from the Anglia Ruskin University in the U.K., various certificates in banking, and a Microsoft certification, he never felt bound to enter a field based on his degree or certificates, and has always had an interest in developing websites and the Internet in general. “I create new businesses because I want to see them exist in the world. I love seeing customers enjoy my projects, and the idea of Qatar exporting brands and services to the world.” While he likes a lot of the international franchises that are brought to Doha, he is even more personally fond of promoting businesses born in Qatar. “When I travel to countries such as Korea, I actively seek local brands, and I want people to do the same when they’re here in Qatar.”