While Carnegie Mellon University in Qatar (CMU-Q) doesn’t currently offer a MBA program, it’s interesting to note that students in the school’s undergraduate degrees have been making inroads into the country’s as well as the region’s startup space- these include like Jinanne Tabra, founder, Araboh.com, and Haris Aghadi, Maahd Shahzad, Abdulla Khenji and Ali Naqi, co-founders, Meddy.co. “What many of these startups have in common is that they were the result of a class project or a proposal for a competition,” says Dr. S. Thomas Emerson, the school’s Distinguished Career Professor of Entrepreneurship and Director of Executive/Continuing Education. “From the moment a student joins Carnegie Mellon Qatar, they are met with a variety of engaging opportunities allowing them to further explore their entrepreneurial skills.” To this end, CMU-Q has also tied up with groups like the Entrepreneur’s Organization (EO), Bedaya Center, ICT Qatar, and others. In addition, the school’s business administration program also runs a Quick Startup challenge, which encourages students to conceive and develop a business idea within 72 hours, following which they get the opportunity to present their investor pitch to a judging panel of industry experts. 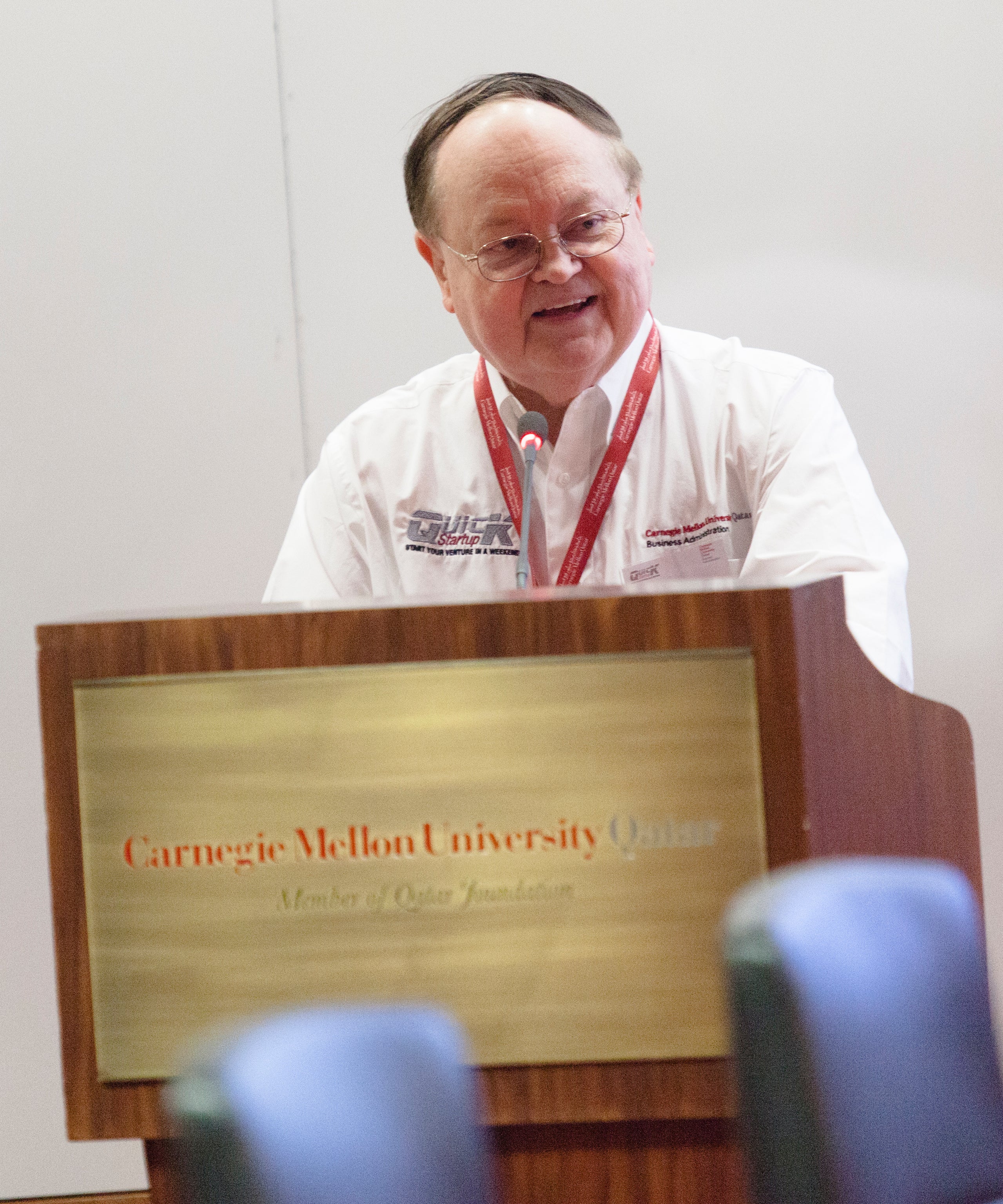 Barriers To Entrepreneurship In The GCC

According to Dr. Emerson, in the GCC, investment capital is relatively abundant, although a very small fraction of it is focused on early-stage companies. "The barriers to company formation in the GCC countries are more on the legal side of the equation, than the financial side," he says. "For example, in the U. S., an entrepreneur gets an idea for a new business and forms a team to pursue it. He/she can incorporate a new stock-issuing company online for a few hundred dollars with almost no legal barriers. He/she can then sell stock in the startup company to venture capitalists and/or qualified angel investors, and the venture has the capital resources to launch."

"In the GCC, there are substantial legal barriers to this process," Dr. Emerson explains. "For example, the simple act of incorporating a new company can take many months and is not certain of success. Further, the laws typically make no distinction between a startup company selling a few shares to qualified investors and a major company selling many shares to the general public. For example, in Qatar a company must be capitalized at a minimum of QR10,000,000 in order to be allowed to issue stock. That is a barrier virtually no startup company can meet. More than entrepreneurship education is needed to solve this problem. Creating an environment that is friendlier to business creation is required.”