Choosing Your Medium: Is Snapchat Right For Your Business?

Before you roll your eyes, for the sake of what little street cred I have, let me start by saying that my interest in Snapchat was piqued because my siblings (aged between 16 and 21 years old) kept talking about how much “fun” the platform was. Perhaps it’s the older sister in me who wants to prove them wrong about how it’s just another futile social platform, or as usual, I’m just curious to try out a digital novelty. Although I wouldn’t go as far to say it’s fun for me (yet), but I can see the messaging platform having potential benefits for certain types of businesses. Here are a few factors to consider before you launch a corporate Snapchat account:

1. YOUR CONSUMERS
First, think of your company’s consumers- customers who buy your services or products. Next, think of Snapchat’s user base: besides being consisting mostly of youth (75% of its users are younger than 25 years of age as of 2014, according to Business Insider), they’re also tech-savvy. They have a constant urge to take out their devices to record moments- this demographic is accustomed to receiving, sending and interacting with information this way. The instant gratification from a like is now replaced by being the first to tell a story about a moment. Snapchat users are also part of a demographic of social account users who want to shift away from mainstream platforms, and in a world where anything you put online will always be out there, there’s comfort in knowing that whatever shenanigans you post will somewhat (I say somewhat since there have been reports of leaked inappropriate pictures from the platform) disappear.

Unlike Instagram and Twitter, where what you post can cost your job, there’s a lesser likelihood of making mistakes on the ephemeral platform. So, ask yourself, are your customers interested enough to jump ship to turn to Snapchat as one of their main platforms? I’m more likely to consume news and content from my Twitter feed, so I am not your typical Snapchat user. Where does your audience gather?

2. YOUR COMPANY
Would your company benefit from starting a new line of communication? Would your consumers care enough that you are now present on another platform besides Facebook and Twitter? Sectors such as banking and government aren’t very well suited for Snapchat- it would be difficult to attract Snapchat’s users if you’re creating content that still relates back to certain industries (logistics and construction are two more examples of this). The creative industries (like media production) and businesses in retail and F&B can benefit from Snapchat. Mashable uses its Snapchat account to show behind the scenes snippets and tech coverage, whether it’s covering CES 2015 or giving a preview to the new gadget they’re reviewing. Before you sign your company up for an account, think twice whether those production resources are put to better use elsewhere.

3. YOUR CONTENT
It’s essential to have specific content for each platform, and make sure you offer something different from your other social media accounts. When producing content on Snapchat, often it’s the offbeat combination of photos, videos and the use of doodle features that creates engaging material, but it still should be aligned to the company’s vision. For example, General Electric (@generalelectric) still prioritizes promoting science on their Instagram, YouTube and Vine accounts, but caters to a younger audience on their Snapchat account. The Los Angeles County Museum of Art’s Snapchat account, @lacma_museum, opted for “Snap art,” pairing slang with classic masterpieces. So, just like you can’t use “tweep” lingo on Twitter without knowing what it means, know and speak the language used on platform you’re trying to penetrate.

WHAT IS SNAPCHAT?
Snapchat is a platform used to share ephemeral images and videos with the option of adding graphic doodles, dispersed through an account’s contact list. Snapchat has apps for both iOS and Android devices, and was designed by Evan Spiegel and Bobby Murphy during their time at Stanford. The popular medium recently made headlines as it is rumored to be seeking funding- one of the potential likely investors that has been reported? HRH Prince Alwaleed bin Talal, who already has shares in Twitter.

700 The number in millions of Snaps sent per day by Snapchat users. These users reportedly view one billion Stories per day.

17 The amount of time in minutes, according to a social media survey by Cowen, that U.S. users age 18 and older spend on Snapchat per day. The same survey reports that it’s neck and neck with Twitter at 17.1 minutes, and just behind Instagram at 21.2 minutes per day. 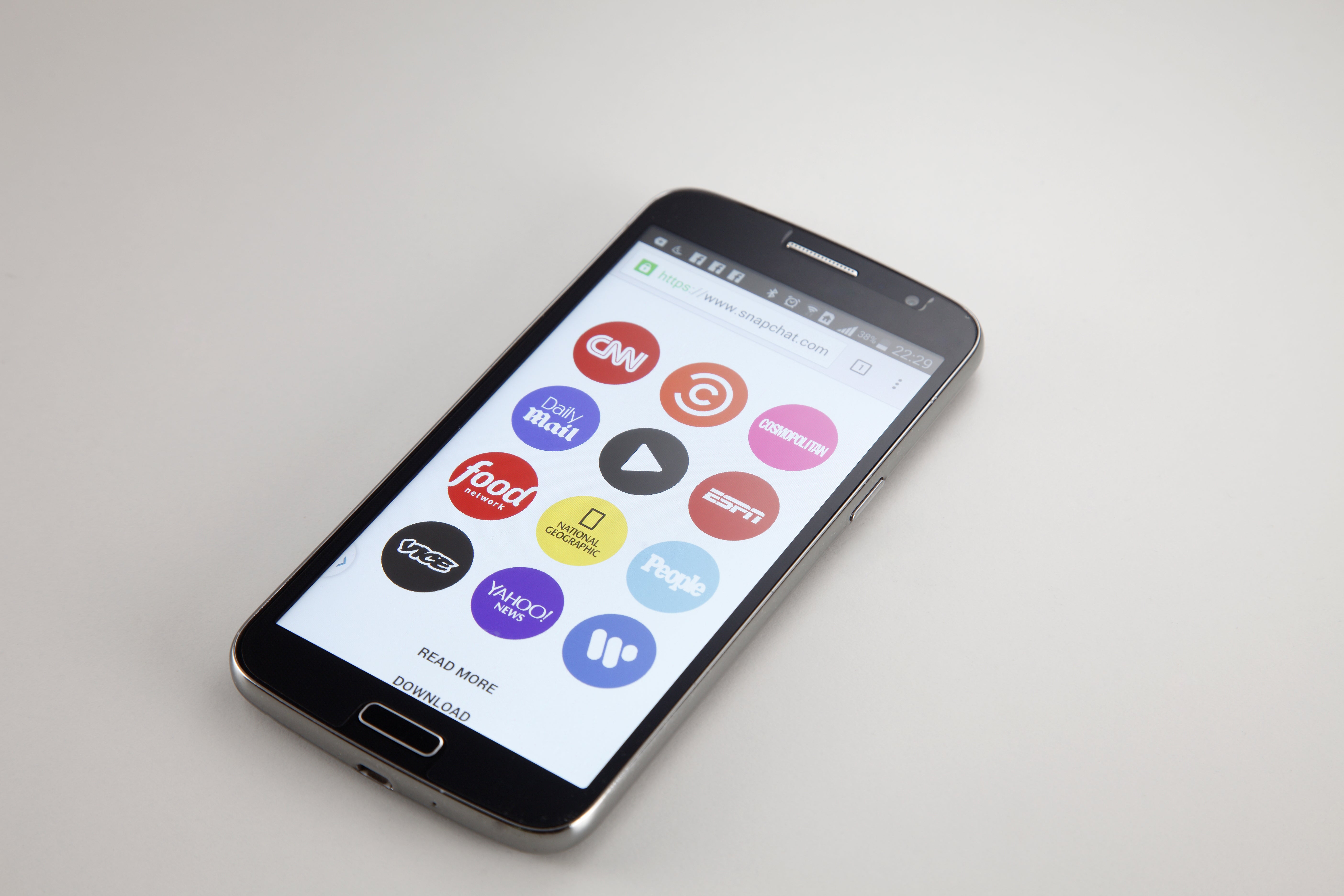 ADAPT THEN ADOPT: SUCCESSFUL SNAPCHAT STRATEGIES
Promote the process Show a project from start to finish, even the ones that didn’t made the cut- and invite others too! For Easter, artist @miologie invited others to submit their doodles on top of her initial doodle, resulting in a number of artworks that were eventually showcased on her public account.

Backstage pass Show what happens behind the scenes and bring your audience into the story. Take a tip from Mashable’s coverage of the Golden Globes- it showed its Snapchat audience inside the award ceremony’s control room.

How to Use Your Brand Story to Succeed With Facebook Advertising