The Dynamic New Trends Of Entrepreneurship

By Waddah Barkawi June 14, 2015
Opinions expressed by Entrepreneur contributors are their own.
You're reading Entrepreneur Middle East, an international franchise of Entrepreneur Media.

Entrepreneurship is fast emerging as a transformational megatrend of the 21st century given its capacity to reshape economies and industries throughout the world. As key drivers of economic growth, entrepreneurs are the lifeblood of any expanding economy, generating jobs, introducing new products and services, and promoting greater upstream and downstream value-chain activities.

In recent years, the global entrepreneurial landscape has witnessed a paradigm shift in terms of trends, with SMEs playing a pivotal role in social and economic advancement. According to the Organization for Economic Cooperation and Development, SMEs on average contribute around 50% or more to the GDP; provide employment to an estimated 60% of the local workforce; create up to 70% of new job opportunities; and account for about 30% of exports. As for Jordan, a report published by the Department of Statistics (DoS) in 2012 revealed that there are more than 100,000 SMEs in the Kingdom, representing some 97% of all companies, thus making them even more important to economic wellbeing when compared to other countries worldwide.

The factors spurring entrepreneurship differ between mature and rapid-growth markets, with the former being out of opportunity and the latter being out of necessity. Due to the prevalence of robust entrepreneurial structures offering access to capital and effective legislative and tax frameworks, mature markets commonly house progressive and impactful startups that have the power to disrupt existing industries and create entirely new ones, or at least new segments. Google, Facebook, Twitter and Virgin Airlines are among some of the examples that come to mind.

Alternatively, rapid-growth markets are starting to witness a fair share of high impact entrepreneurs. However, these markets have long enjoyed high rates of entrepreneurial activity - as measured by the Total Early Stage Entrepreneurial Activity Index (TEA Rate)- due to the lack of wage-based employment opportunities.

The Face of Entrepreneurship Today

High youth unemployment rates in many countries including Jordan, paired with changing work and lifestyle preferences, are creating a new class of young entrepreneurs. According to the 2013 Global Entrepreneurship Monitor , nearly 50% of the world’s entrepreneurs are between the ages of 25 and 44, with 25 to 34 year-olds showing the highest rates of entrepreneurial activity.

Moreover, women across the world are launching and operating new enterprises at a faster pace than ever, positioning entrepreneurial ventures spearheaded by females as an increasingly important source for new jobs. Today, roughly 126 million women are establishing or leading brand new businesses in 67 economies around the world, and at least 48 million female entrepreneurs and 64 million female business owners currently employ one or more people . Led by ambitious expansion strategies that rival their male counterparts, an estimated 7 million female entrepreneurs and 5 million female business owners worldwide plan to grow their businesses by at least six employees over the next five years, according to the Global Entrepreneurship Monitor. 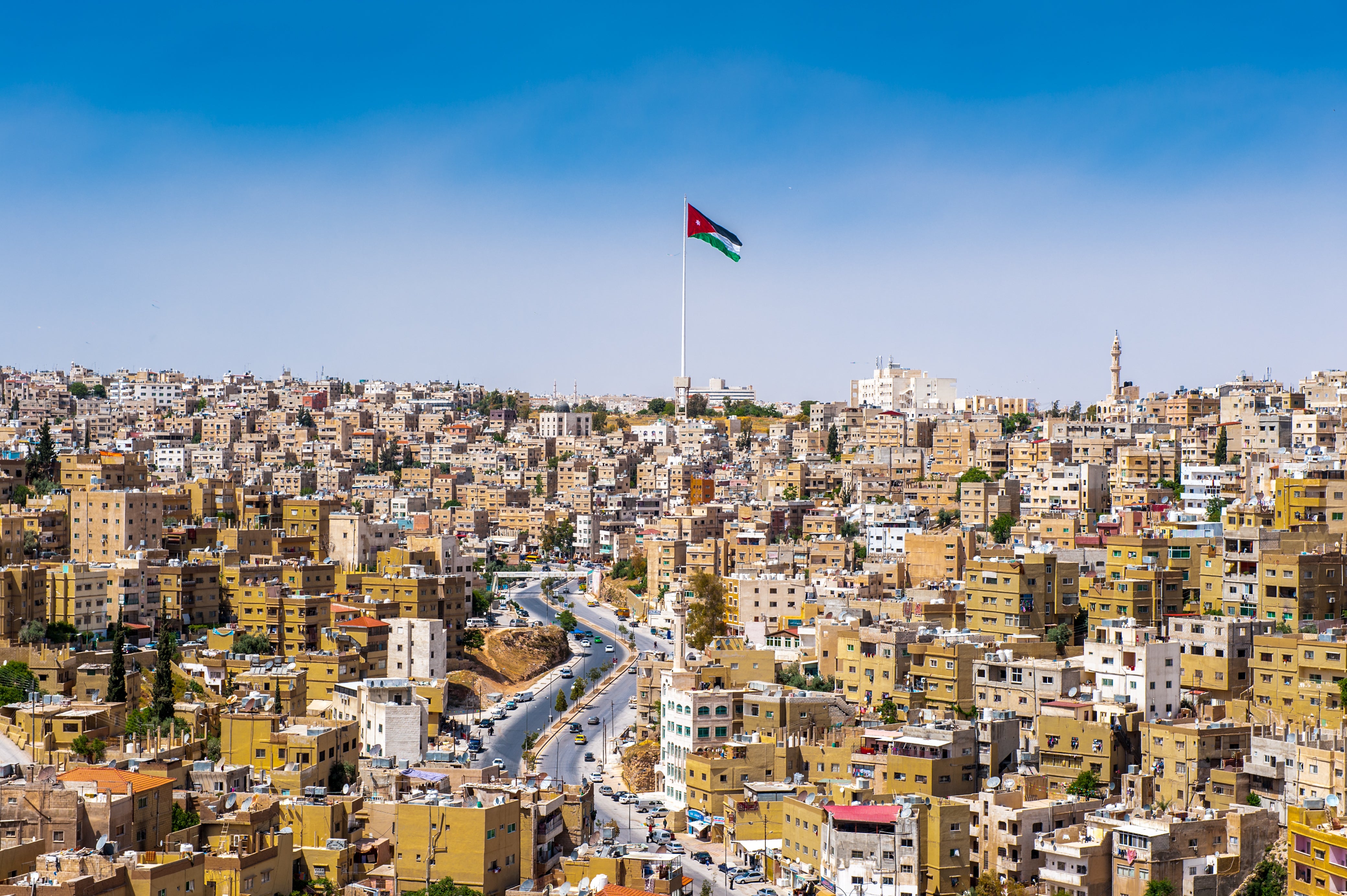 Panorama of the city of Amman, Jordan. Image credit: Shutterstock.

Supportive environments are increasingly essential to successful entrepreneurship and are steadily evolving throughout the world. The ideal entrepreneurial environment comprises five pillars: Access to funding; entrepreneurial culture; supportive regulatory and tax regimes; educational systems that support entrepreneurial mindsets; and a coordinated approach that links the public, private and voluntary sectors.

Naturally, developed economies are ahead of emerging markets in this regard. However, many rapid-growth markets are taking action in terms of the implementation of the mentioned pillars, and now boast high-profile projects across different sectors that are currently underway, consequently stimulating dynamic clusters of entrepreneurial activity.

According to a report published by the Jordanian Ministry of Planning and International Cooperation (MoPIC) and the United Nations Development Program (UNDP), the contribution of the Micro, Small and Medium Enterprise (MSME) sector to the GDP in developing countries, including Jordan, ranges between 50% and 70%. MSMEs are where many entrepreneurs and future large companies start, thus supporting them is vital in terms of economic development.

Furthermore, and given the instrumental role entrepreneurs play in stimulating economic growth, policymakers are moving towards actively promoting entrepreneurship opportunities based on an integrated approach that brings together both government and industry entities. The approach targets unemployed youth and educates them about potential entrepreneurial prospects, publicly celebrating young entrepreneurial successes, promoting domestic startups on an international level, integrating media and cultural campaigns within a broader national strategy, and creating initiatives that offer alternative sources of capital. Progressive policymakers are also developing fund mentoring programs that establish strong relationships with and provide incentives from venture capitalists, incubators, loan guarantee schemes and angel investors.

While the venture capital industry continues to globalize, governments and markets are exploring a range of financing strategies to provide capital to entrepreneurs, including micro financing, crowdfunding and credit guarantee schemes.

Along with failure to be profitable, lack of funding is cited as the primary reason for business discontinuance around the world. As entrepreneurial businesses grow and develop, the sources of finance they rely on change. As such, smart governments are creating a range of mechanisms and institutions to extend to entrepreneurs financing options that meet these changing requirements. They are establishing targeted venture capital funds and encouraging private sector investors to focus more on startups through improved tax incentives. Furthermore, alternative funding platforms, such as crowdfunding and microfinance, are gaining traction for seed and early-stage companies, but require regulatory support to achieve scale.

The global microfinance market also has the potential to help small enterprises become tax-paying members of the formal economy. In many countries, Credit Guarantee Schemes (CGS) are used by banks, often with public sector support, to ease the constraints SMEs face in accessing finance. Government startup programs have become some of the most valuable sources of help. Public money is a powerful catalyst, particularly when delivered in partnership with private sector funds. Corporate venturing also continues to grow, with almost 1,000 units worldwide and becoming more widespread in rapid-growth markets.

More than ever before, it is imperative that governments, policymakers and business leaders come together to support and advance entrepreneurship, which has proven to be essential to socioeconomic development worldwide, especially in a country such as Jordan that has massive entrepreneurial potential and depends almost entirely on SMEs to grow its national economy.