Retrofit: Tracking Forrey And Galland's Journey From Paris To Dubai

It is one thing to take a working, established concept from Europe or the Americas and employ a version of it in the Middle East, but it is a whole other ballgame to revive what was once a famous brand in the West, and then attempt to relaunch it in this particular region. The latter is arguably a more difficult task to take on, but that’s the route Isabelle Jaouen and her husband Vincent Moret chose when they launched Forrey & Galland in Dubai in 2008.

Forrey & Galland was originally a luxury chocolate house established in Paris, France in 1912, with its offerings sold at shops in Rue du Faubourg Saint-Honoré and Avenue Victor Hugo, two locations that the Francophiles among you will recognize as being among the most prestigious neighborhoods in the city. While the shops did manage to make their presence felt in Paris (they were in business for more than 40 years), Forrey & Galland found itself shuttering its doors in 1953. Now, that would have been the end of Forrey & Galland’s story, had it not been for Jaouen and Moret in Dubai, who, in 2008, were brainstorming for a name for a high-end chocolate boutique they were planning to set up. It was then that Moret’s father revealed that his family is one with a lineage of chocolate makers, who, once upon a time, ran a Parisian confectionary house named –no prizes for guessing- Forrey & Galland. 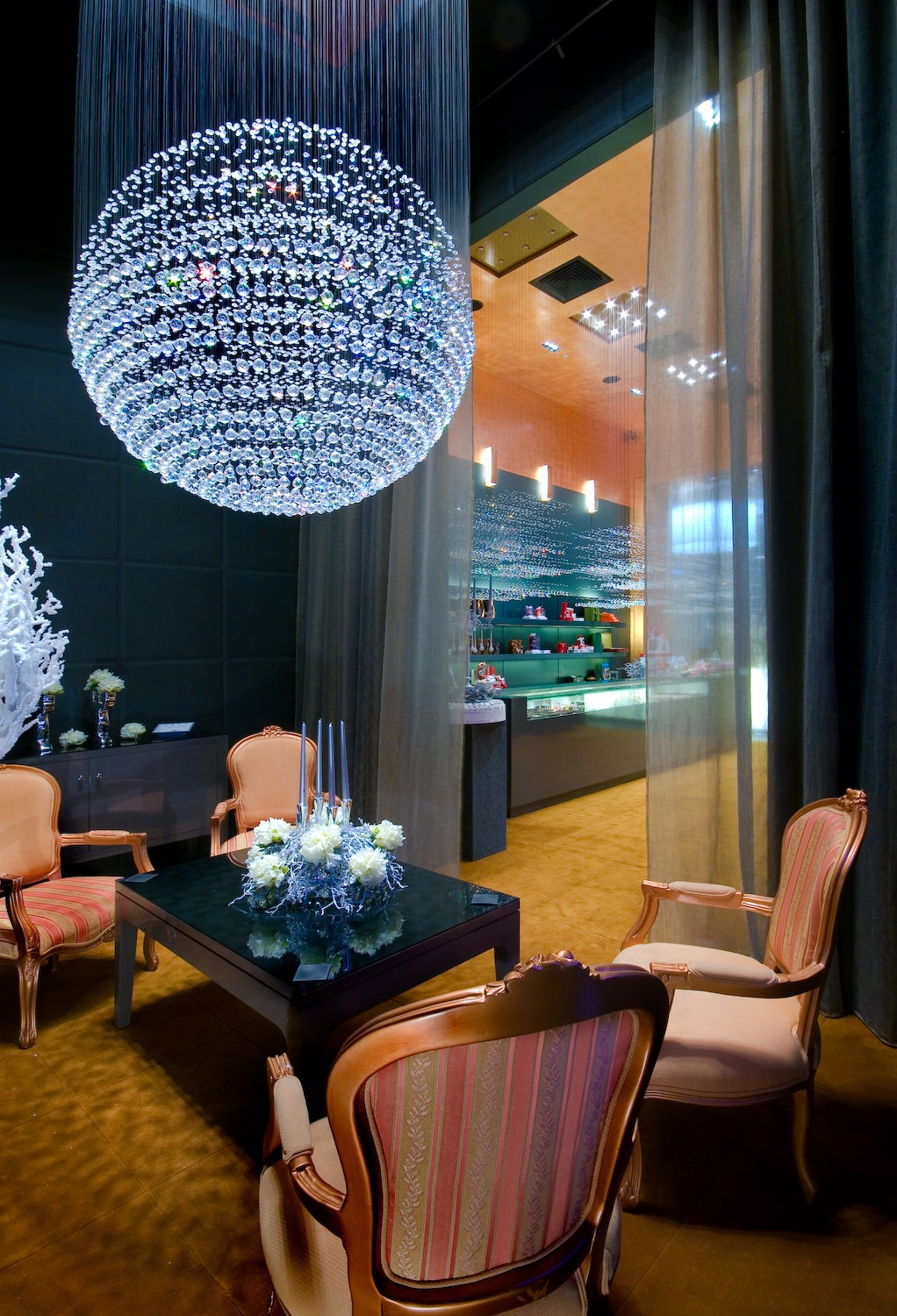 “The story is one of a sweet coincidence,” says Jaouen, as she remembers the origins of her enterprise. “We were inspired by Dubai, and found that here was the right place to revive it. We took [the original Forrey & Galland’s] spirit of luxury, fine chocolate making, and the name, of course, and revived it here. It was our task and challenge to reaffirm this positioning in its revival, and [we] are proud to have successfully done so. Dubai has been the perfect grounds for this.”

A visit to Forrey & Galland’s flagship boutique in Dubai Mall is enough to understand why Jaouen is so satisfied with Dubai as the location for her enterprise. As a luxury outlet, the store holds its own amid the big brands that populate the mall, with customers drawn in by its well-designed space, its innovative product arrangements, and, of course, its delicious culinary creations, which include everything from fine chocolates to an assortment of macaroons. “The response [to Forrey & Galland] has been an overwhelming success, and we attribute this to our commitment to our local environment,” Jaouen says. “Forrey & Galland is about flavors. We apply our French chocolate-making expertise to a selection of flavors only available in the region, to create a truly exceptional collection. Forrey & Galland has committed itself to an excellence that could not have been attained without the adaptation of local tastes into its products. One of our star products has in fact been our Halwa chocolates, which follows a secret recipe of ours that highlights some of the most premium Royal Omani Halwa we could get our hands on!” 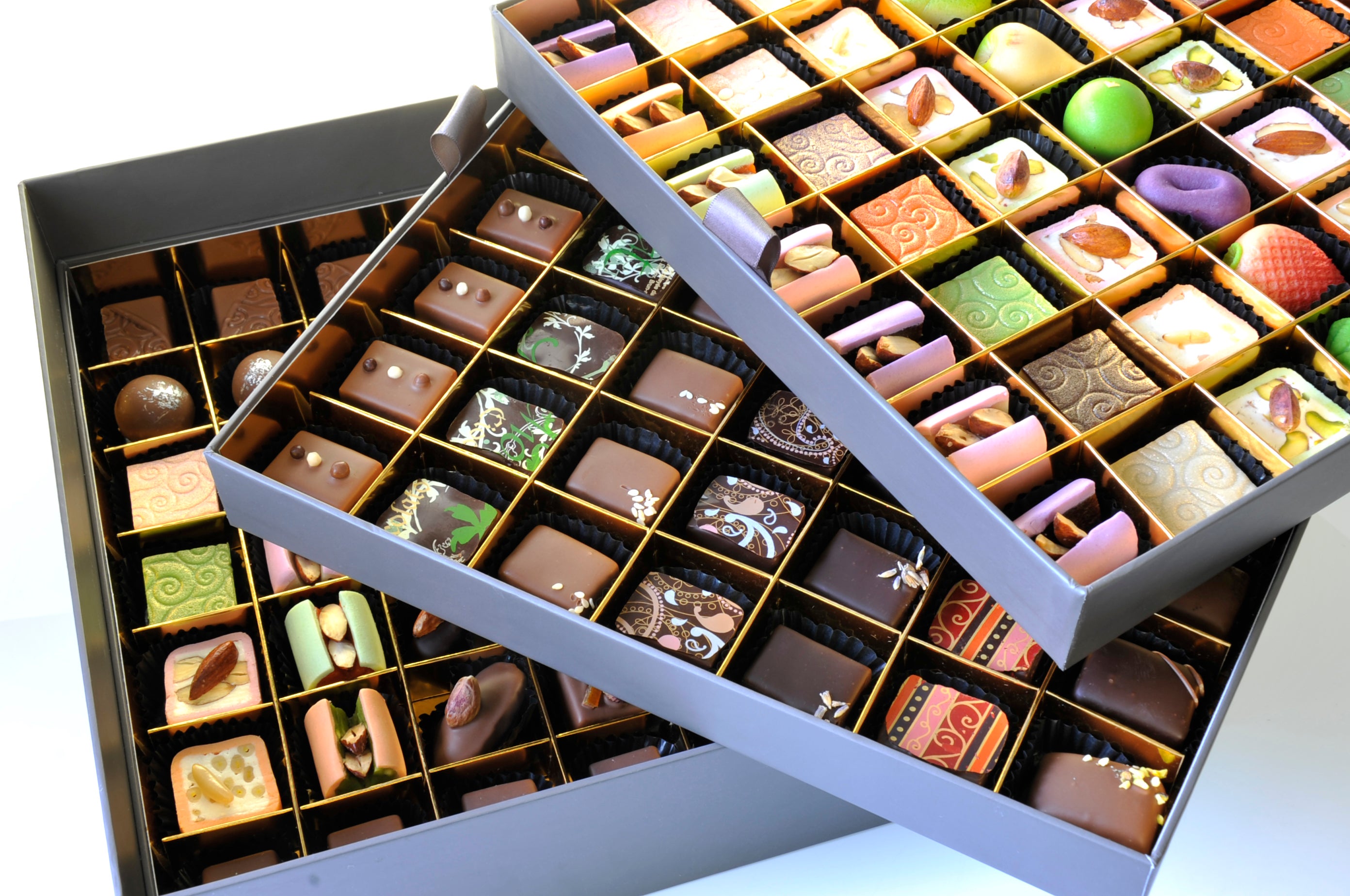 Jaouen also credits the discerning clientele Forrey & Galland has been privy to as another reason for the store’s success. “Apart from committing our self to the local culture, an increasingly sophisticated palate in the GCC has definitely led to our success,” she says. “Today, we see an audience who are looking for a more exquisite chocolate experience, and thanks to our chocolate-making expertise, this is something we can give them! This was not the case a few years ago when we first opened, so we are very happy to see this shift into appreciating what it means to have handmade chocolate.”

Forrey & Galland’s years in business has also allowed it to broaden and expand on its initial goals- Jaouen says that it is not known as just a Parisian chocolate house now. “We have really transformed Forrey & Galland from a chocolatier, to a sort of a philosophy to a richer life,” she explains. “Today, we are a luxury gifting destination; whether it is to gift yourself a handmade chocolate, enjoy pastries on our luxury porcelain, plan your wedding in the most elegant way, we have widened our offer to all things luxury. We believe this ‘holistic’ approach with a wider offering has really set us apart, because we have become a destination for all those looking to experience what it means to be in a luxurious, haute couture environment.” 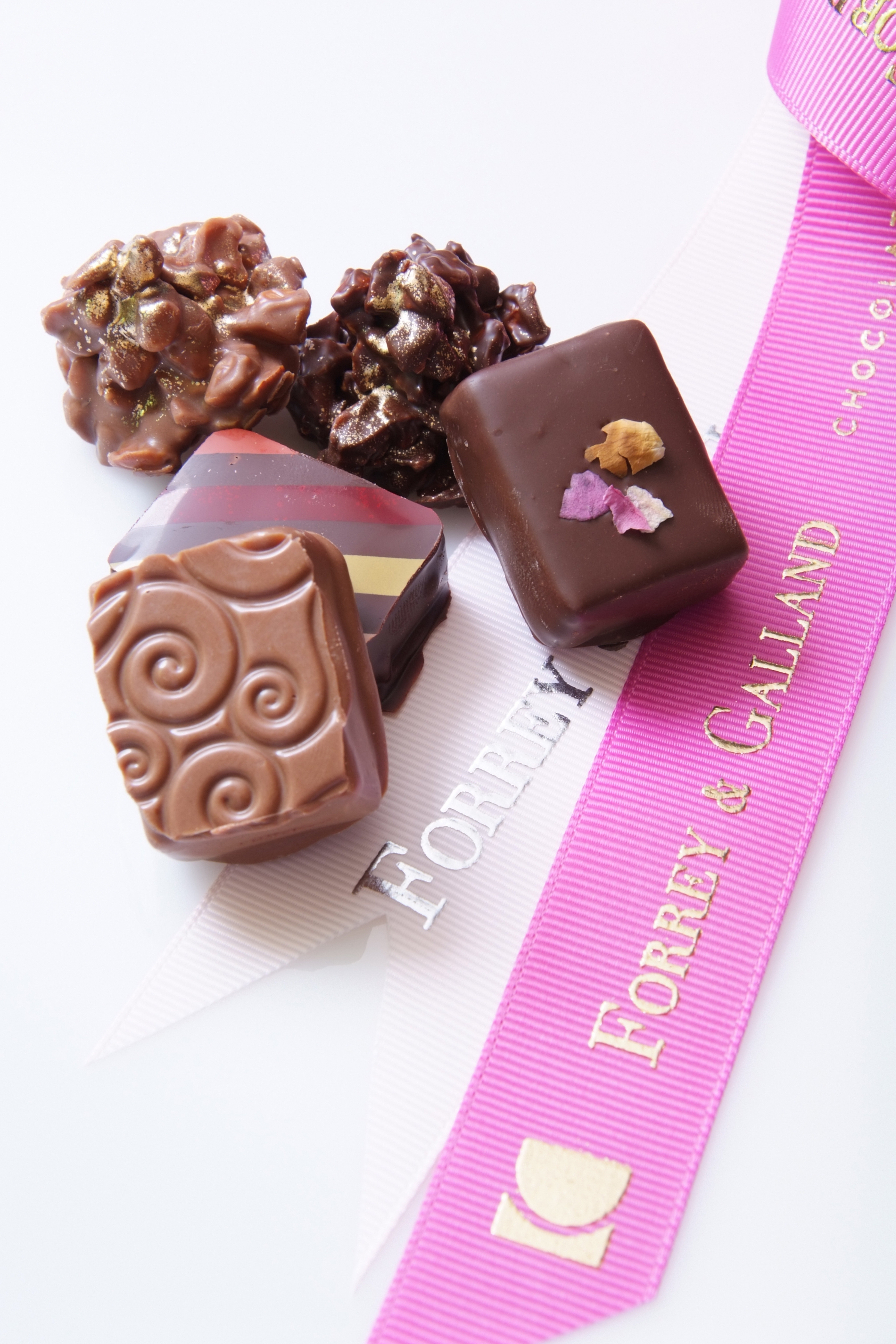 But while Forrey & Galland’s offerings are certainly worthy of applause, it must also be noted that Dubai is home to a host of similar luxury establishments (both homegrown and international). So what makes this particular store stand out? According to Jaouen, Forrey & Galland’s USP is in its originality. “We are so different in our offerings, from the chocolate-making techniques and flavors, to the wide array of packaging we offer,” she says. “Our chocolates are entirely handmade, and the way we infuse our flavors is a real expertise- it genuinely results in a tangible difference in taste that we are so proud to be noticed for! It looks like today though, our difference has influenced the industry around us, which is very complimentary for us.”

“We always strive to be unique,” Jaouen continues. “Dubai is an incredible place, and there is so much choice all the time. With our qualified team of designers, we are always looking for creative ways to package our sweets, not to mention new flavors to entice people. For example, we were the first to launch the trend of combining flowers with chocolates. We see this with so many others now, but we believe that our position as leaders in this domain has really set us apart from the start. It is our challenge now to maintain this positioning, and rise even more.” 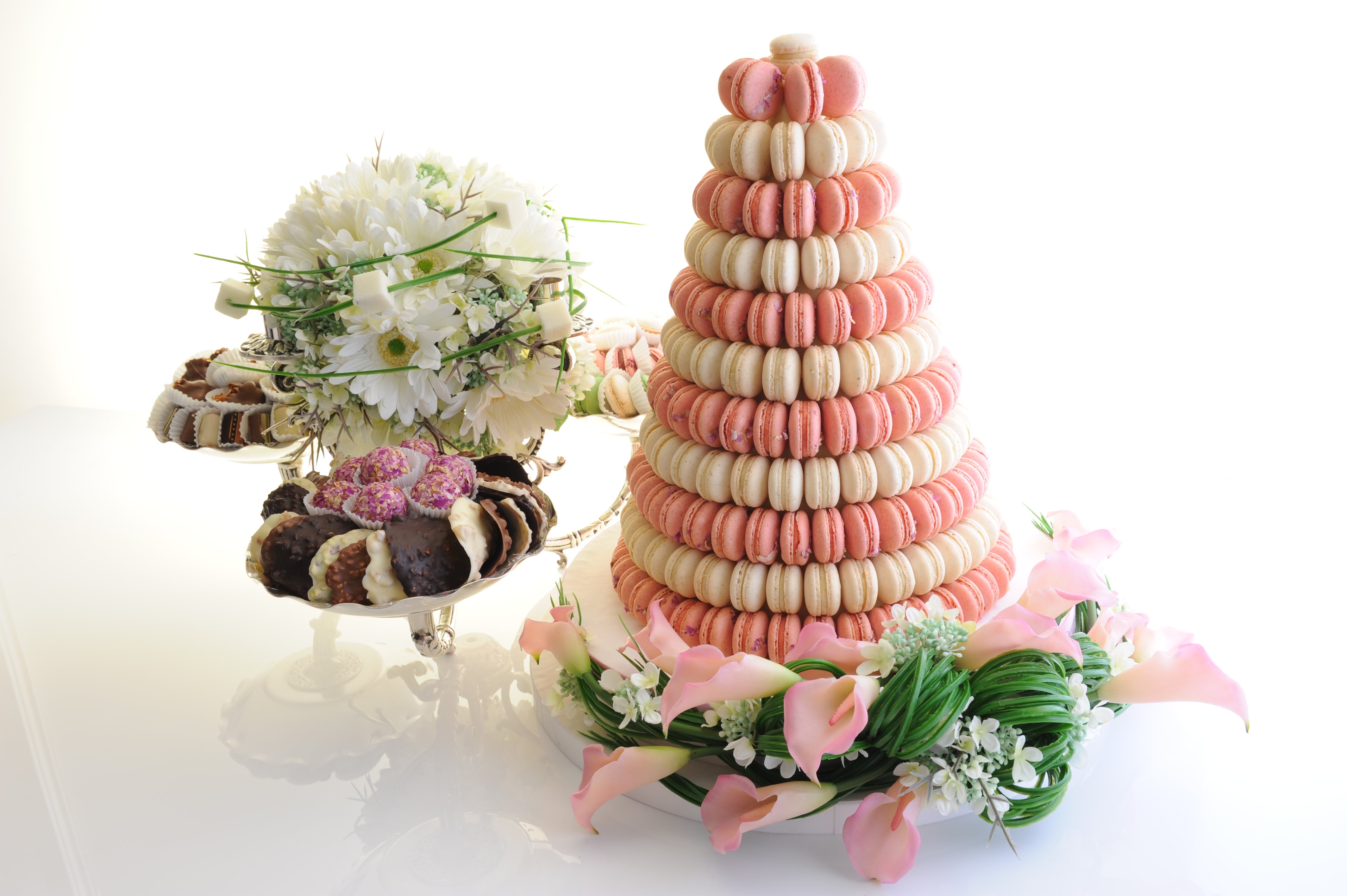 For what it’s worth, it does look like Forrey & Galland is firmly on an upward curve in terms of its growth- besides its boutique in Dubai Mall, the chocolatier today also sells its creations at kiosks in Dubai Festival City, Mercato Mall in Dubai, and Abu Dhabi Mall. Earlier this year, the store made its presence felt outside of the UAE for the first time as well- and that was at Harrods in London, with Forrey & Galland enjoying a dedicated space at the famous British store to showcase and sell its creations.

With Jaouen noting that Harrods had invited Forrey & Galland to design an exclusive collection for them, she says that the experience was “a true testament” to all of their hard work behind the scenes at the store. “It is incredible validation to see that our striving for excellence and [our] commitment to perfection and quality is recognized on a worldwide level,” she says. “We also had the honor of being invited to be a part of their window display; an incredible feature considering that this is the first time in Harrods history that food brands were allowed to take up window space! Needless to say, the entire experience has been an incredible honor for us, and a positive step for our growth.” But the growth story doesn’t stop there. Forrey & Galland is now expanding into Saudi Arabia, with its second flagship boutique to be open in September at the Fiorenza La Plaza in Riyadh. The new outlet will feature all of the Parisian haute couture luxury elements that Forrey & Galland is keen on being known for- for instance, the boutique will feature more than 20 chandeliers lighting up the 220 sq.m. space spread over two floors. In addition, the store is keeping an eye out for its VIP clientele by having a private, exclusive room for its, well, VIP guests. 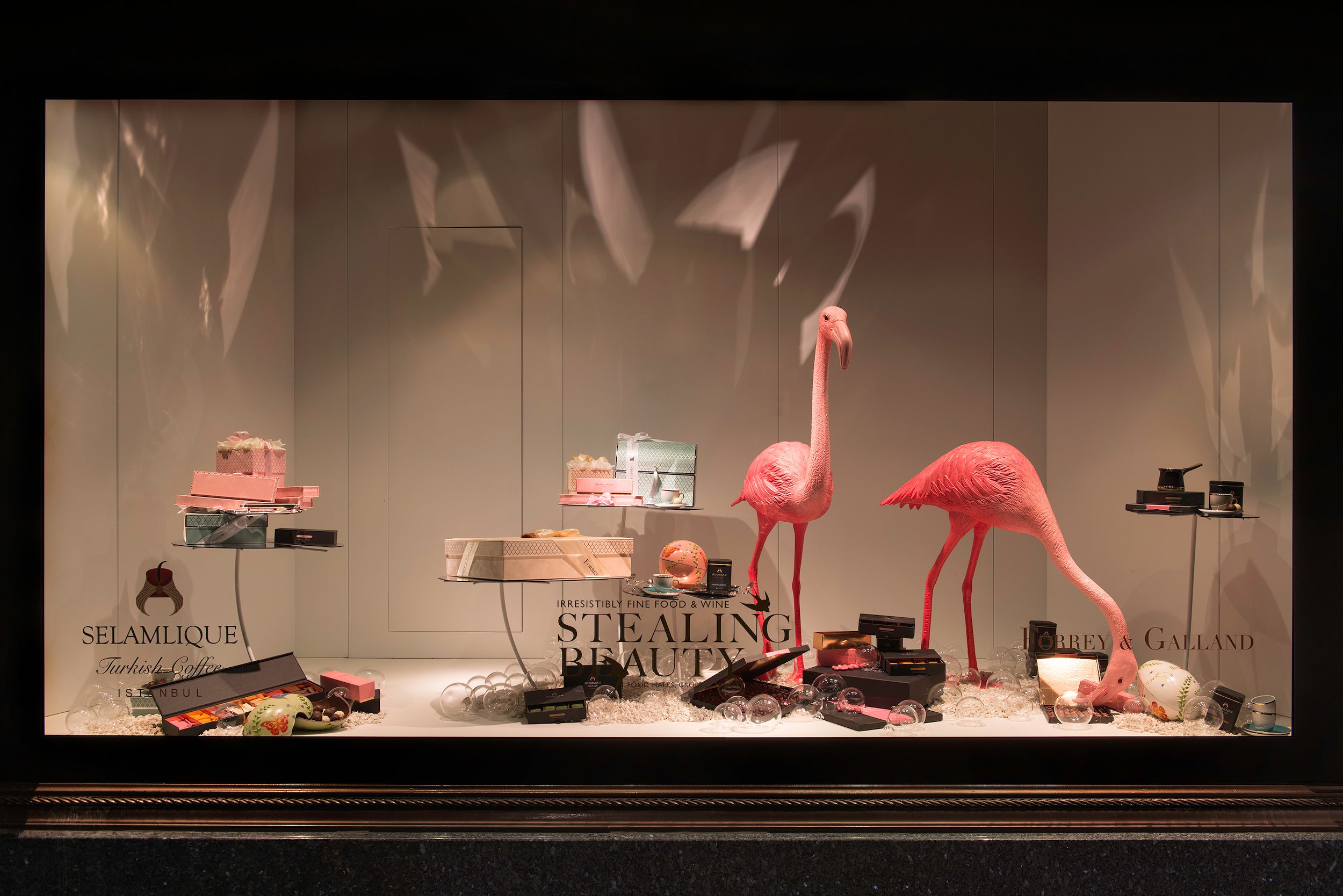 When asked why they chose Saudi Arabia to launch their GCC expansion, Jaouen puts it down to just a matter of following customer demand. “We were keen on expanding beyond Dubai, and the response we have had from Saudis has really been phenomenal,” she says. “Without boasting, but it was really due to popular demand that we decided to set up shop over there. The boutique there will really be something else, and we are so excited to finally reveal it. We are also keen on expanding within the GCC, Asia and perhaps the U.S., but of course, this is something we have to work on in due course. For the moment, we are concentrating on our KSA launch, and taking things step by step. Each and every Forrey & Galland we hope to open needs to maintain the quality and standards of our flagship store, and this takes very careful consideration.”

While its origin story itself makes Forrey & Galland’s success in today’s market an inspirational one, it’s also worth noting that the store came into being thanks to, literally, the drive and dedication of its owners. “The project was certainly a challenge for us, as it was entirely selffinanced,” Jaouen says, as she remembers how Forrey & Galland began its second innings in Dubai. “We had a vision, and certainly the passion, and [we] wanted to make it come true without compromising quality on any level.” 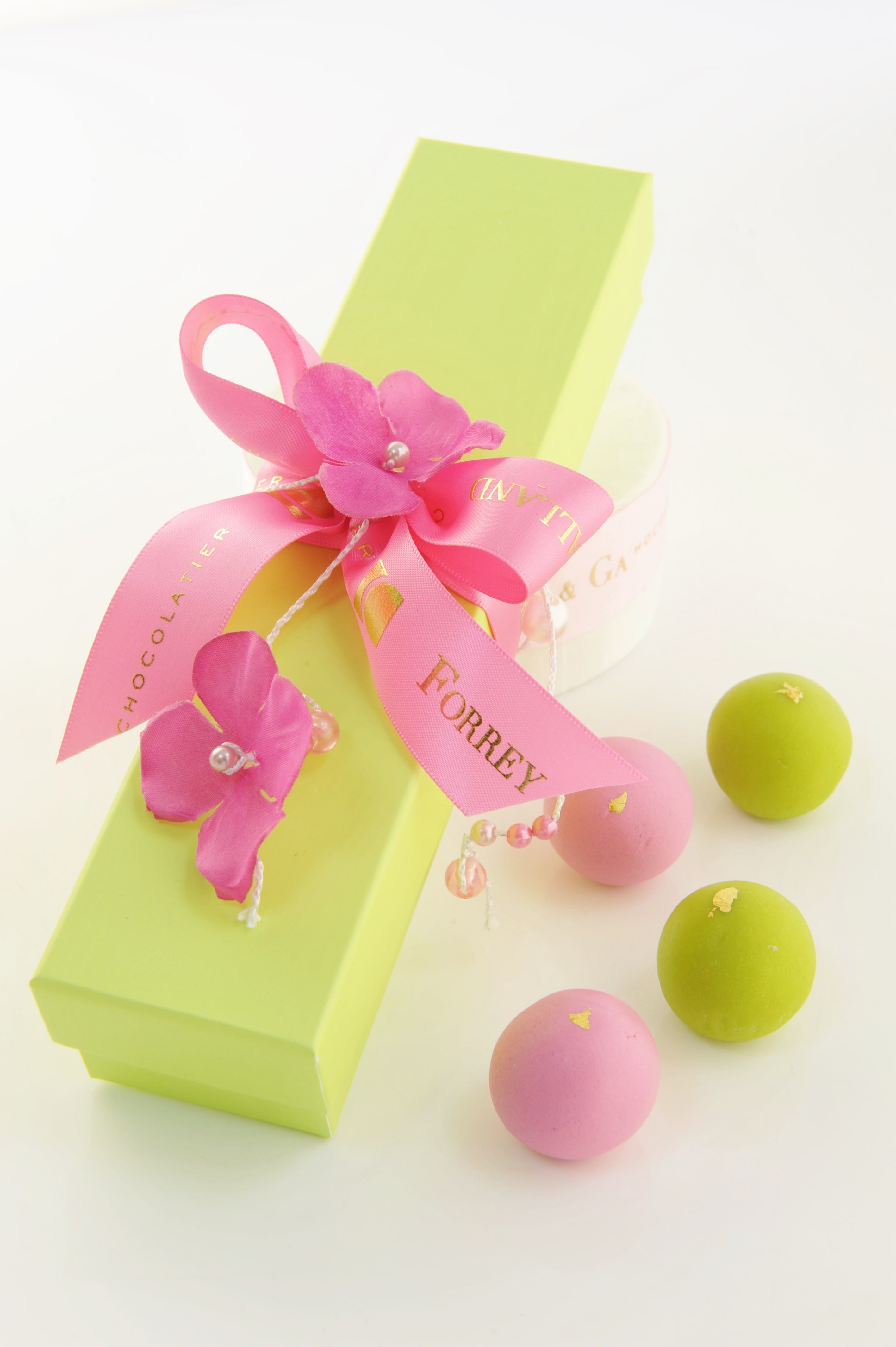 Fortunately for Jaouen and Moret, all of their effort is indeed paying off, with Forrey & Galland continuing to grow its customer base in the region, while at the same time, getting further noticed by the world at large through its award wins at various industry events. “We invested quite a lot of time and effort into creating the perfect concept, which today for us, has led Forrey & Galland to become the quintessential gifting destination,” Jaouen says. “When we designed the shop, we designed it with the idea of recreating a universe. This is what we believe Forrey & Galland stands for: a universe with its own beliefs, where all things luxury exist, and where one can be lost in the seduction of haute couture.” 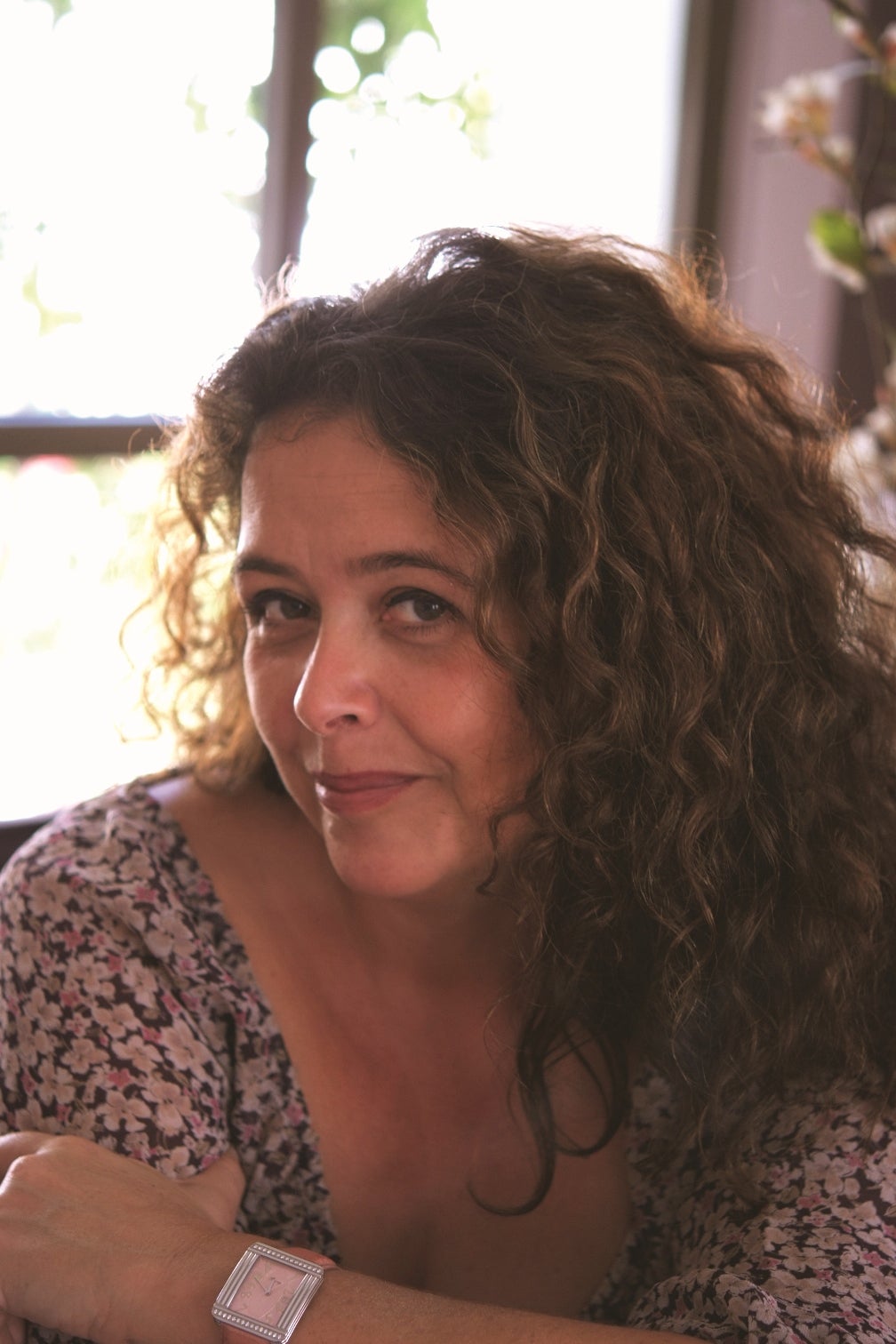 “I would recommend they try the Rahash- it is something else! We are out of stock of this every day, and it is simply so mesmerizing. Other products I would recommend are, of course, the Florentine, which comes with caramelized almonds, and the Rose Truffle, which is dipped in real rose petals!”