Married To The (Startup) Mob: Couples As Co-Founders

By Sharene Lee August 27, 2015
Opinions expressed by Entrepreneur contributors are their own.
You're reading Entrepreneur Middle East, an international franchise of Entrepreneur Media.

Startup trivia: what do Eventbrite, ModCloth, and PopSugar Inc. have in common?

Answer: in addition to valuations in the US$1 billion range, all three startups were founded by married couples.

The term “startup co-founder” evokes images of young, single, (primarily) male hackers working furiously out of their college dorm rooms, slurping cup-o-noodles. Married couples -worse, married with children- don’t usually enter the equation in the public headspace. Fortunately, the startup demographic is diversifying. In the MENA region, women account for 35% of all startups, and married co-founding couples are the new demographic to watch.

I’m married to my co-founder Morad Irsane- together, we built Melltoo from scratch. When we first landed in Dubai, we thought we would be the only married couple in the startup scene. Since then, we’ve met others like us, Guiddoo being one of them. I spoke to Nidhi Varma and Vineet Budki of Guiddoo in a bid to understand how being married to our co-founders makes us different from other teams.

Shared experiences are at the root of couple startups

Couples founding startups are not as counter-intuitive as it seems. The most successful startups are founded by people trying to solve a problem they personally encountered. As it turns out, there are no individual problems for couples- one spouse’s problem inevitably becomes the other spouse’s concern.

In our case, Melltoo was born out of Morrad’s experience with buying a used car in Dubai. His two-month ordeal of tracking down sellers, weeding out lemons, and scribbling notes on scraps of paper strewn all over the house was as frustrating for me as it was for him. We knew there had to be a better way, so we decided to build a mobile app that makes buying and selling social and enjoyable. Similarly, the idea for Guiddoo developed from one couple’s ruined trip to the Eiffel tower. Nidhi’s dream of visiting the French monument with her husband Vineet was ruined when they were misdirected and ended up on the wrong floor- they lacked the ease of having someone to direct them. That’s when they came up with the idea of a tour guide that they could take with them everywhere—Guiddoo, a personal tour guide in your pocket.

Emotional empathy, trust, and role clarity is capital for startups

Workplace romances are generally frowned upon- some VCs have stated outright state that they will not invest teams that are family-based. The perception is that emotional engagement impairs judgment in a professional setting. This might be the case for employees in the corporate world, but startups are the antithesis. Building a startup is an emotionally-charged experience likened to a rollercoaster ride. All startup founders will testify to the constant ebb and flow of highs and lows. The most effective founders are those who can maintain an even key most of the time. As a result, emotional empathy is highly prized in such an environment.

There are times when the amount of work seems overwhelming and I feel like throwing in the towel. That’s when I need to vent, and yes, even “lose it” before I can get back on track. If my co-founder in Melltoo were not my husband, he would probably not understand my “process,” he’d most likely lose faith and start looking for someone else to work with that doesn’t exhibit emotional waves. Fortunately, Morrad knows how to get me to snap out of it! 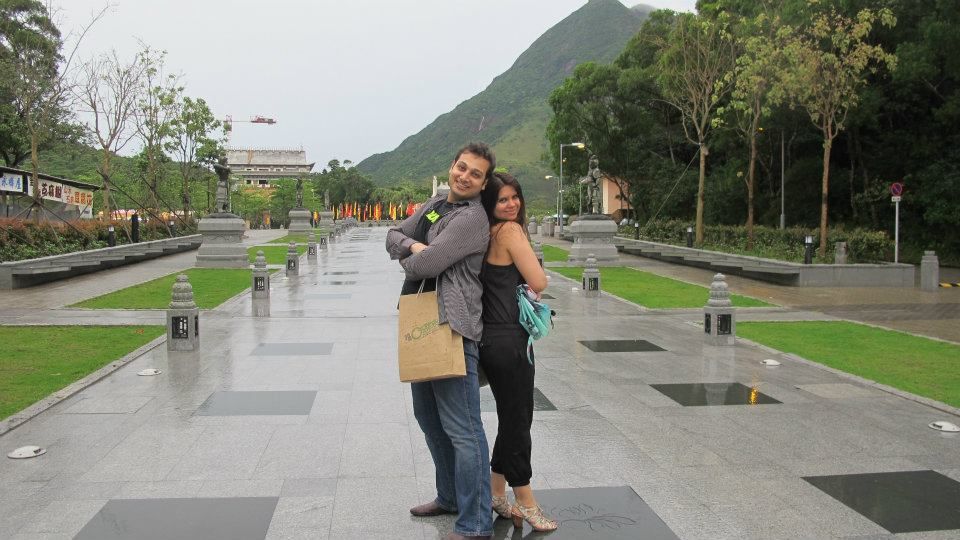 Trust and commitment are heightened in married startup scenarios

Too often, startups fail before they even start because co-founders are not equally committed, or trust is broken. With married co-founders, there is much more at stake than the health of a business. Firstly, married often means that you’re done with college and have other financial commitments. Secondly, working against your co-founder is equivalent to working against yourself, not to mention an attempt at marital suicide. Guiddoo echoes this sentiment: “The major strength of married co-founders is the commitment to the startup, because both of us know what is at stake and are in the same boat.”

Successful co-founders have complimentary skillsets and well-defined roles- think Steve Jobs and Steve Wozniak. Startups, especially those in the early stage, don’t have extra resources to squander, meaning that each co-founder should be adding value in whatever he/she is doing. If role clarity is absent and two or more co-founders are doing the same job, then work is most likely being replicated and resources wasted or underutilized. In the case of married co-founders, each spouse is well aware of the other’s abilities and knows where not to tread.

Morrad is the ideas guy, the visionary, the one who motivates and inspires. I’m the one knee-deep in the logistics, turning ideas into actionable plans. At the idea stage, Morrad knew he wanted Melltoo to be a platform for buying and selling with an Instagram-like interface with WhatsApp integration. I wrote up the comprehensive feature-set, created wire-frames and screen flows, and made sure the end product matched the initial idea. Being married and knowing each other’s strengths and weaknesses helps establish role clarity early on to maximize available resources.

Conflict management is a valuable skill for every startup founder

Co-founders butt heads about everything, from major aspects like developmental priorities and market segmentation to minutia like the color of the business cards. Conflict between married co-founders usually pans out in one of two ways: Either your marriage has taught you how to handle conflict between yourselves, or professional conflict can evolve into personal drama. Guiddoo cautions that “disagreements can turn into a full-blown arguments, and it is important not to take each other for granted.” At Melltoo, we take turns to speak- not only does this resolve conflict, but we’ve also come up with many brilliant ideas when we’re forced to hear each other out.

Make an effort to separate work and family by allotting time

The startup journey is so consuming that it’s easy to forget that anything else exists. Non-married startup founders are jolted back to reality when they go home to their families, but married co-founders often don’t have this escape. Other married couples talk about baby’s first steps or their 10 year-old’s great test score. My husband and I talk about user privacy on Melltoo, and our kids are chanting lines from our video explainer! We have to enforce “No Melltoo” hours and zones in the house. Definitely make time for your family, especially for the kids. Adults can postpone emotional fulfillment but children cannot. Guiddoo’s summation of this particular challenge? “There are endless possibilities and the sky’s the limit when a married couple works together for the same goal. Take advantage of each other’s skillsets, and aim for balance between work and home- [but that's] easier said than done!”