Going Glocal: Home Grown Brands Have Distinct Advantages Over Its Competitors In The Market

By Oksana Tashakova October 15, 2015
Opinions expressed by Entrepreneur contributors are their own.
You're reading Entrepreneur Middle East, an international franchise of Entrepreneur Media.

Here’s a new buzzword for you: glocalization. That’s not a typo: glocalization refers to the increasing market advantage of local businesses versus global companies. It’s the triumph of the little guy in the face of globalization and an opportunity for would-be entrepreneurs to tap into their hometown markets and then scale.

Glocalization is an extension of the “Think Global, Act Local” grassroots movement. The phrase is thought to have started with Scottish city planner Patrick Geddes, which was then adopted by environmentalists, and later applied to corporations in the form of corporate social responsibility (CSR).  Businesses were caught out if they didn’t consider the triple bottom line: people, planet and profits. “Think Global, Act Local” is about taking larger responsibility as citizens of the world and how much individual impact can affect policies and practices on a wider scale.

As Ddumitrescu Luigi and Vinerean Simona explain in The Glocal Strategy of Global Brands, the term “glocalization” has its roots in the Japanese business term “dochakuka,” which describes the way products and services are produced and distributed according to local tastes. Sociologist Roland Robertson either popularized or coined the term, and he describes glocalization as “the tempering effects of local conditions on global pressures” and “the simultaneity -the co-presence- of both universalizing and particularizing tendencies.”

Rather than globalization being the homogenizing tidal wave people fear, glocalization describes the reality of the world today: a system of forces that works as all things in nature, a kind of ebb and flow, expansion and inclusion, fed by universal values and localized idiosyncrasies. Glocalization describes the two-way nature of this system and the pervasive influence of the unique and different.

Glocalization has mostly been applied to the marketing tactics of global brands in specific countries. It’s why McDonalds offers Spam breakfasts in Honolulu and Seaweed Shake Shake Fries in Hong Kong. It’s why Nokia offers a dust resistant keypad to those in rural India or why Ikea’s beds are smaller in their Chinese stores. As Luigi and Simona explain: “In the end, people want both global and local brands- brands that make them feel part of a broader international community, but also brands that root them in their home culture, respect and represent their tastes.”

While glocalization was coined to describe how multinational corporations can tap into local markets, it can also be used to describe how local businesses can grab market share in their regional economies, and potentially, end up going global themselves.

It is the personal and unique lens that a local business offers of a country and culture that provides the best brand differentiation and value for SMEs. And this powerful brand narrative can become the source of scalability and sustainability for a small business. Businesses with good branding, clearly defined niches, and a process for measuring and increasing value can grow across many geographic boundaries, customer segments and even industries.

As global and international management professors Jose Santos and Peter Williamson report, while many once feared that global corporations were going to take over the world, they’ve found increasing evidence that multinationals are falling steadily behind local brands. “Something strange seems to be happening as globalization marches forward: increasingly, powerful local companies are winning out against multinational competitors,” they write in The New Mission for Multinationals. “This is especially true in emerging markets, where multinationals are assumed to enjoy superiority and their CEOs are counting on growth. Unilever CEO Paul Polman recently pointed out that his stiffest competition comes from fast-growing local companies. ‘We don’t see Procter & Gamble as our toughest competitor,’ he noted. ‘Most of our competitors in emerging markets are regional players.’ This sentiment appears widespread: according to one survey, 73% of executives at large multinational companies considered that ‘local economies are more effective competitors than other multinationals in emerging markets.’”

For example, “after decades of investment,” Unilever holds only 7% of China’s ice cream market, while two local companies most have never heard of command 14% and 19% of the market. Top multinationals have also been overtaken by China-based companies in the laundry detergent and home appliances sector. “China isn’t the only market where multinationals are losing ground to local companies,” Santos and Williamson report. “The same pattern is being repeated in other emerging markets: in India’s ice cream and beer markets; in “brick-and-mortar” retailing in Brazil, Russia, India and China; in smartphones in India and China; and even in e-commerce, where locally based companies including China’s Alibaba, India’s Flipkart and Russia’s Ulmart have dominated Amazon and eBay.” 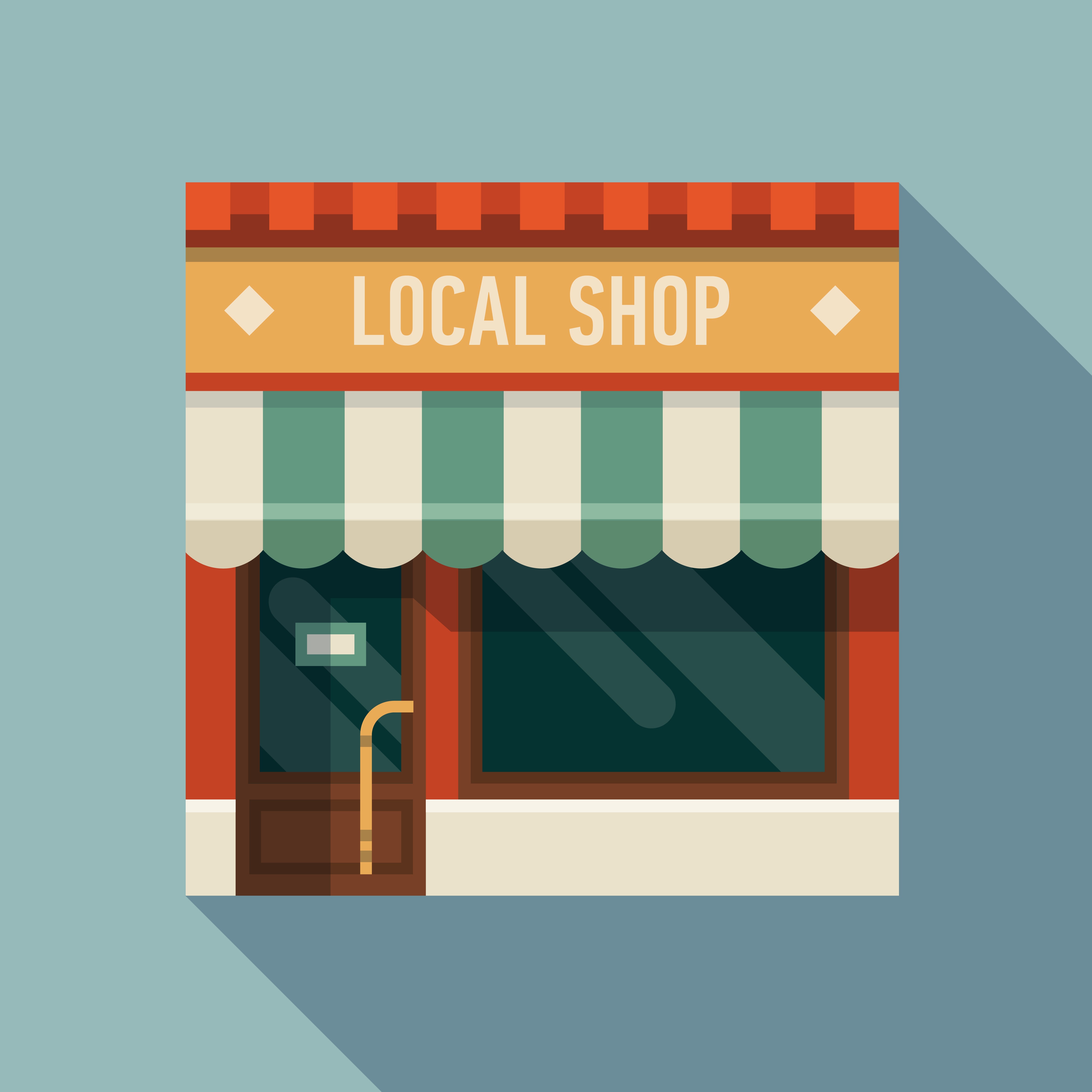 So what advantages do local brands have? Marty Huggins, editor of TheLocalBrand.com, believes that local brands work best because they contribute to the local economy and they’re more trusted than multinationals. He lists the “why glocal?” advantages as follows:

Santos and Williamson also enumerate the advantages of local businesses as follows:

Local businesses have much greater awareness of the local market and are better able to tailor their products and services to the local market. Because they’re smaller, they’re more agile, adaptable and responsive. They can get insights into their customers from local suppliers and tap into a variety of local networks.

Multinationals find it harder to develop the kind of close and long-term relationships with local suppliers needed to develop a business within a country. As local businesses grow, they can co-create and innovate with suppliers to better supply chains.

Besides entrepreneurial educators, local businesses themselves can become sources of training and development for local people. The skills residents acquire from working for local businesses improve the knowledge base for the country and resident employees are a potent source for insights into the market.

Local businesses are a valuable source of information and evolutionary change for the entrepreneurial ecosystem. The obstacles and opportunities they encounter can help leaders and governmental bodies to improve laws and regulations affecting business success.

Local businesses have the ability to create new markets to help their countries advance. Rather than being viewed as pursuing their own financial interests as multinationals often are, local entrepreneurs are best positioned to contribute in a multitude of ways to increasing social cohesion and the betterment of all residents. Most of all, local brands are a source of civic pride.

Small businesses still are, and always will be, the drivers of the economy. What opportunities do you see in your local market? Is there a cultural or country advantage for your small business? What do you know about the consumers in your area? Do you know what they need, how they like things, what big brands don’t know about them?

(Adapted from From Consumer to Creator: Advancing Entrepreneurship in the UAE by Oksana Tashakova & Sumei Fitzgerald.)

Oksana Tashakova is a serial entrepreneur with a flair for communications, branding and building relationships. A leading personal branding expert, entrepreneurship educator and business startup specialist, Oksana is also a regular columnist with a range of high end publications in UAE and other parts of the world.

She believes in helping business owners achieve growth in a stagnant economy and this has led her to establish and co-found Quid Pro Quo, an Exclusive Business Networking Platform for Serious Players and bespoke business matchmaking for a select group of discerning and distinguished players in the B2B arena. The revolutionary concept is poised to help businesses find real and meaningful connections in today’s volatile economy leading them to the road of success.

In her previous ventures as a founder of Wealth Dynamics Unlimited, a premier entrepreneurship education company, she has organized the Millionaire Summit events where influential entrepreneurs enlighten business owners on hands-on strategies and ideas to grow existing business or build a successful business from ground up.