By Pamella de Leon January 19, 2016
Opinions expressed by Entrepreneur contributors are their own.
You're reading Entrepreneur Middle East, an international franchise of Entrepreneur Media.

“Instead of creating another charity company or e-commerce website with static images of products that are only bought during [the] holidays,” Christine Souffrant was keen on thinking differently when creating her social enterprise, Vendedy. The founder and CEO says that the core motivation behind her startup, which connects street sellers with consumers, was to try and meet the challenge of creating a stable consumer base for those forced to turn to touristic, traffic-heavy streets to sell their wares in cities around the world that are rife with economic challenges.

Vendedy’s sellers, street vendors targeting tourists who seek locally-made, authentic products in street markets, are a segment isolated from the digital space. With Vendedy’s app, street vendors can upload photos of their wares online, giving them exposure to consumers who can bid on the products. Vendedy’s kiosk shipping networks give consumers access to artisan designs from over 150 countries on its database, and once an order has been delivered, sellers are able to receive their payments via SMS. 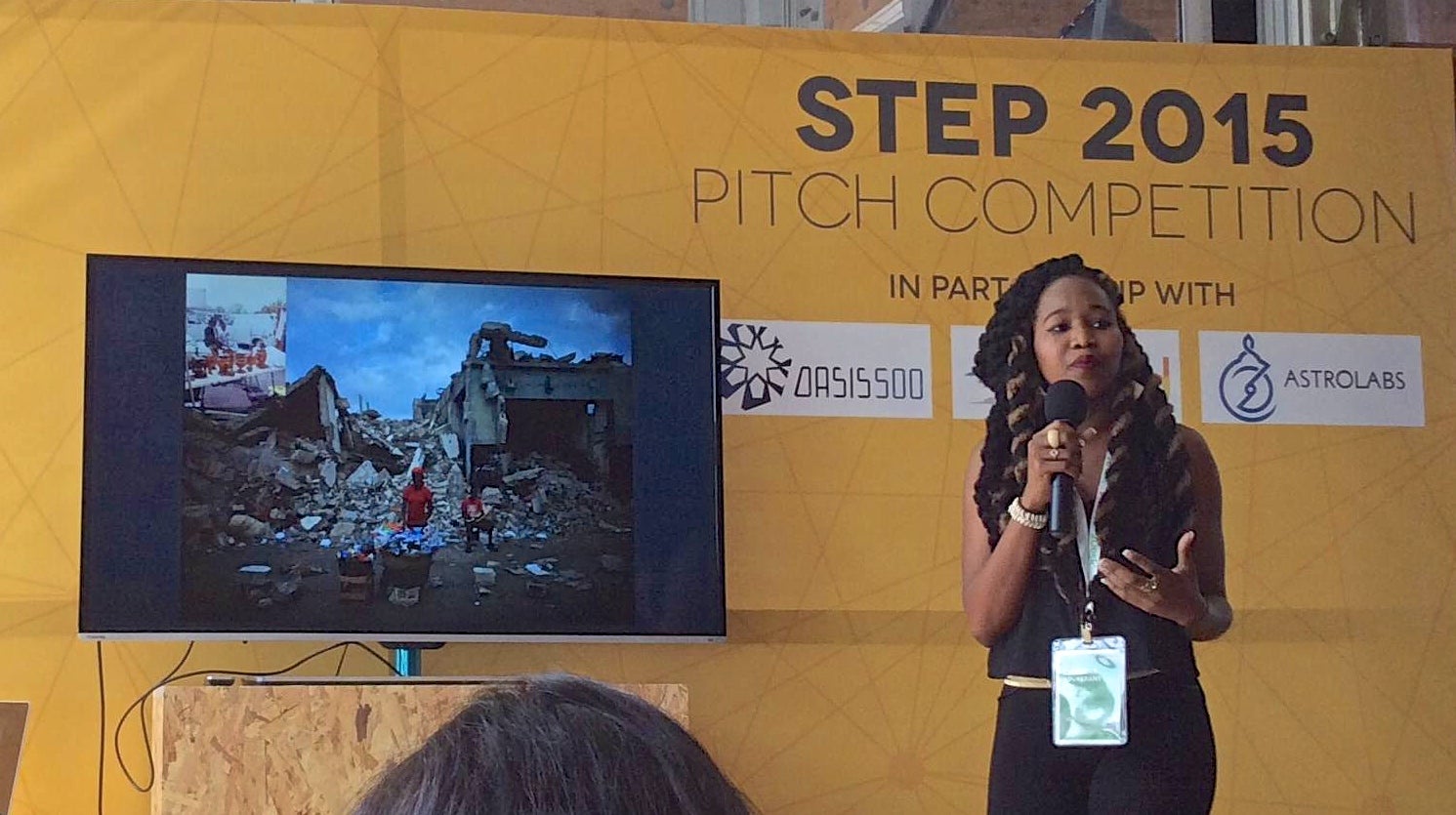 Souffrant notes that Vendedy is also a win for the fintech industry as the platform digitizes the informal economy of street vendors. The company also provides payment partners data transactions in low-income populations. Vendedy’s added benefit is that it can be great for culling data on consumer spends by giving insight into the preferences of travelers and tourists on street products that are often sold off the grid- and therefore enables for some type of inventory tracking helping these microenterprises focus more on what actually sells, when, and to who.

Though Vendedy only launched in June 2014, it has gained recognition in startup and pitch competitions, notably as the 2015 U.S. finalist for The Venture by Chivas, a global social entrepreneurship competition. In partnership with giants like IBM and Microsoft, Vendedy is closing its Series A round in June this year. “Investors didn’t want to listen until they saw the capability of the beta version in Haiti -one of the hardest markets to launch a mobile network connecting informal vendors to traveling consumers- due to poor Wi-Fi and infrastructure.” The founder adds that her potential to scale is also a point of contention with potential investors, calling the latter the “let’s wait and see camp. We, as a team, keep going and follow this rule: ‘If 99% of people don’t believe in your idea, you are either gravely wrong or about to make history.’”

What motivated you to start Vendedy?

The journey of launching Vendedy started from childhood. As a daughter of three generations of Haitian female street vendors, I grew up understanding that the ways of life for many was selling in the streets. My mother immigrated to New York City and did what she knew best- sell Haitian artwork in Manhattan. By 1998, she owned a boutique and it seemed like our street vending years were over- until I got to college. I earned a Bill Gates Scholarship to Dartmouth and travelled to over 22 countries- witnessing the stories of street vendors across Africa, Asia and the Caribbean. I became obsessed with the street vending industry, and when the earthquake hit Haiti in 2010, I made it my life goal to transform it for the better. By 2013, I quit banking to move to Dubai to study social entrepreneurship with the goal of launching a startup post graduation- little did I know that it would be Vendedy.

What methods do you use for street vendors who don’t have access to Internet or aren’t so digitally savvy to get them to the platform?

People truly underestimate street vendors in developing countries- and it is truly frustrating when explaining the business model to uninformed investors as a result. Street vendors can interact with the network via simple SMS. Furthermore, because of sales on the platform they are able to afford the local smartphones that are priced at US$25-35. Many find a friend or relative to upload pictures- but it’s not necessary, since the interface makes it easy for vendors to connect with SMS. The photos [are] uploaded [on the network] by tourists and locals who get discount points for sharing photos of vendor products on their smartphones.

How has your professional background helped with the development of your business?

My background in banking and international development gave me the intuitive knowledge expertise to construct the business model of Vendedy. Many times when stakeholders ask hard questions about the practicality of the business model, my answers come from experience and not research- which makes it a lot easier to not only onboard partners, but also scale intuitively.