What Makes Indians So App Friendly?

By Rustam Singh January 21, 2016
Opinions expressed by Entrepreneur contributors are their own.
You're reading Entrepreneur India, an international franchise of Entrepreneur Media.

Are you one of those Indians who have a cell phone that costs more than Rs. 50,000 but cannot wrap their head around how expensive 3G packs are? In the constant debate between net neutrality and on an average paying Re. 1 for peanut-sized 2MBs of data, cellular internet is ridiculously expensive without doubt.

Related:Net Neutrality Is Essential to Growing Your Business and Brand

Besides Airtel, Vodafone, and BSNL too is planning to launch the 4G spectrum. However, the prices for these data packs are beyond the scope of being unlimited- or a replacement of scrolling one hotspot to another for a WiFi router to another. It goes without saying given this scarcity of truly unlimited data that every click on an app on-the-go is conserved until one reaches the safe cocoon of truly unlimited usage at a WiFi.

Some interesting statics by Gigato have emerged showcasing how cell phone data is utilized in India and it is titled “What makes Indians appy friendly” based on Indians app usage surveys in 2015. Take a look. 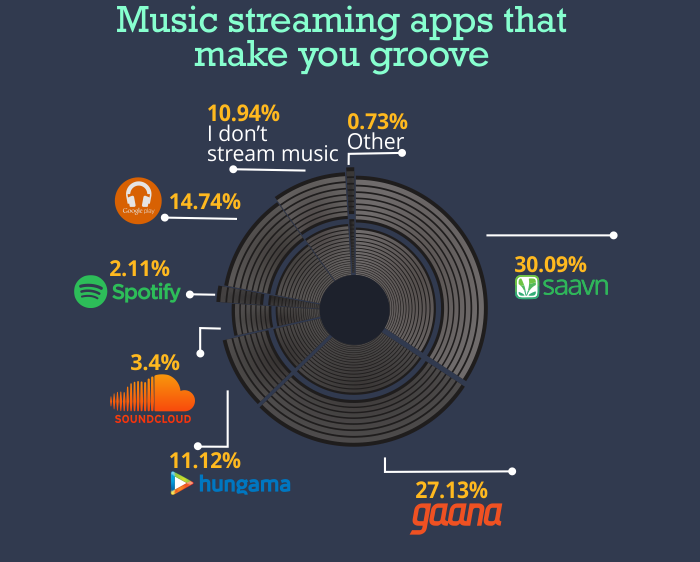 When it comes to munchies, dozens of start-ups have tried to shake Foodpanda’s strong grip on app based food delivery service but failed. Foodpanda still holds 56.98% users, while Zomato is only a few steps behind at 13.60% followed by Tinyowl at 12.27%.

Flipkart has emerged as the most popular amongst shopping apps with 28.85% market share whereas Snapdeal and Amazon are at 2nd and 3rd place respectively pushing international giant eBay to the fourth position.

Prioritizing Shopping Over Recharging and Music

Almost 80% of people use data packs over WiFi when using smart phones at home, which is also surprising. 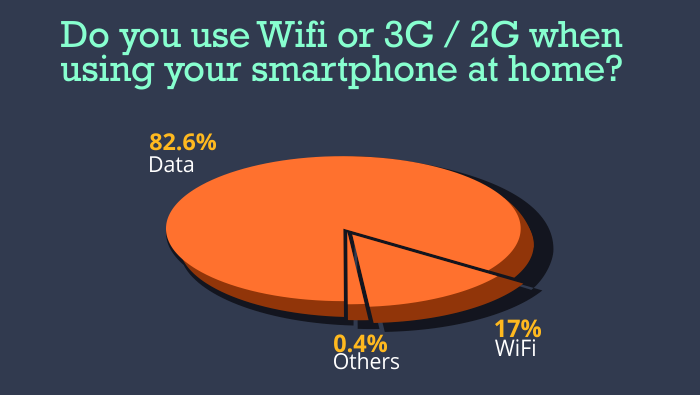 Gigato is a mobile application that allows app publishers to reward its users with recharge packs of unrestricted mobile data, based on the data usage incurred on the app. This allows consumers to experience their favourite apps without worrying about the cost or limits of data usage.

App developers can use Gigato to reward their most loyal users with mobile data instead of offering cash back or coupons. Data credited to the user is deployable across all apps and data consuming services. Gigato functions pan operator but is only available for Android devices.
Although it’s still in its Beta phase, so only 5 recharges are allowed everyday in a 24 hour period and for 1000 users a day, it looks promising.