By Kareem Chehayeb February 8, 2016
Opinions expressed by Entrepreneur contributors are their own.
You're reading Entrepreneur Middle East, an international franchise of Entrepreneur Media.

Meet Amer and Mohamed Yaghi: not only are the Jeddah-based teens tech lovers, they’re also among the region’s youngest entrepreneurs. That’s right; the ambitious Yaghi brothers are 16 and 15 years old respectively, and they’re prepared to pitch their ideas at you at any given opportunity.

Before getting bit by the entrepreneurial bug, the Jeddah-based Jordanian ‘treps were (and still are) working hard at school, enjoying the outdoors and playing sports. What inspired them to start up an enterprise of their own was a combination of their passion for tech and a tiny bit of teenage angst. The young duo “hated the fact that our parents were constantly bothering us and invading our privacy on social media,” so they designed Chillax, a social network “just for teenagers.” Unlike most major social media platforms, Chillax allows its users to control all sorts of privacy levels, all the way from their parents to potential cyber bullies.

Yaghi brothers at Endeavor DealMakers 2015 in Amman getting feedback on their pitch
Their passion for Chillax, together with the support of their forward-thinking parents, paved the way for burning passion for entrepreneurship, and it became a life-changing experience. Unfortunately, Chillax didn’t work out in the long run, but the tenacious ‘treps didn’t give up: “Failing is a stepping stone to success.” They were right, given that they later developed a more successful app, AidMaid. Several experiences inspired them to develop the app, but what really “triggered” them to have a go at their second venture is a somewhat traumatizing experience for the younger brother.

Mohamed was riding his bike and was nearly hit by a speeding truck driver. While discussing the event with Amer, they both realized the need for “an emergency application which would allow users to ask for help” by pushing a button or shaking their phone. That’s what the AidMaid app is all about, and it is today available for download on iOS and Android devices. 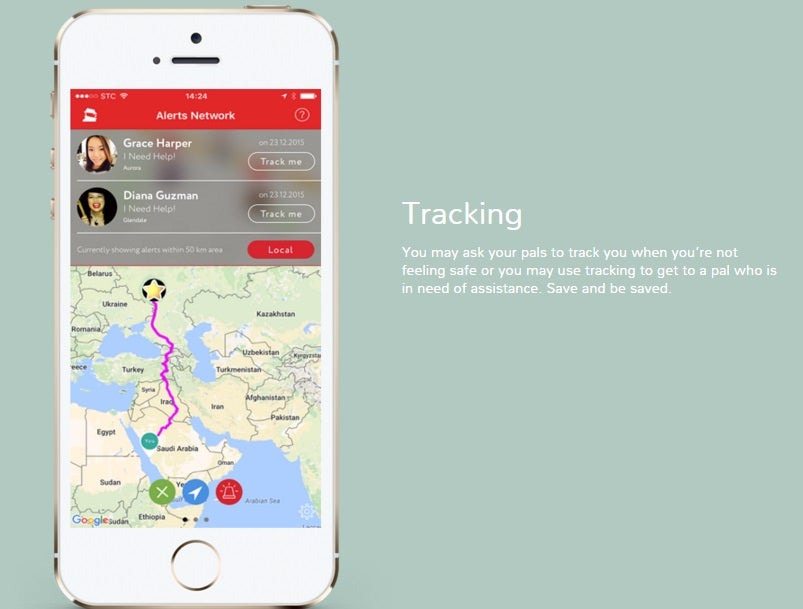 As for co-founder dynamics, how do Amer and Mohamad work together on a venture as entrepreneurs? While they both have similar passions and the same admirable work ethic, they do have their differences.  Whether its “different management styles” or whether it’s a greater passion for tech or business administration, the Yaghis maintain that their differences make them stronger as a team. The brothers occasionally need a mediator and older mentor, and “that’s when we go to dad for help.”

All in all, it’s rather impressive that these two young innovators are able to pursue their enterprising inclinations without it affecting their academic performances or negatively impacting their lifestyles in any way. According to the Yaghi bros, the question that most entrepreneurs, investors, and teachers ask them is: how do you balance time between school and work?

Yaghi brothers at Endeavor DealMakers 2015 in Amman
The brothers believe that most people are wrong when they “think that it’s impossible for someone to attend school [and get high grades] while also working tirelessly on a venture.” That said, they are able to pull it off, and give credit to two main factors: “strategic planning and eliminating non-essentials.”