A group of students from New York University Abu Dhabi (NYUAD) were declared the winners of the UAE Best m-government Service Award for their RoadWatch application at the fourth edition of the World Government Summit held in Dubai in February. The annual award, which presented the RoadWatch team with a prize of AED1 million, is part of the Smart Government vision of HH Sheikh Mohammed bin Rashid Al Maktoum, Vice President, Prime Minister and Ruler of Dubai, that rewards innovative tech solutions that aid public service. The team of students, comprising of Maitha Salem Al Memari, Quan Ho Vuong, Kai-Erik Marechal Jensen, Kenny Song and Lingliang Zhang, won in the university category, which saw 94 entries from 21 universities. 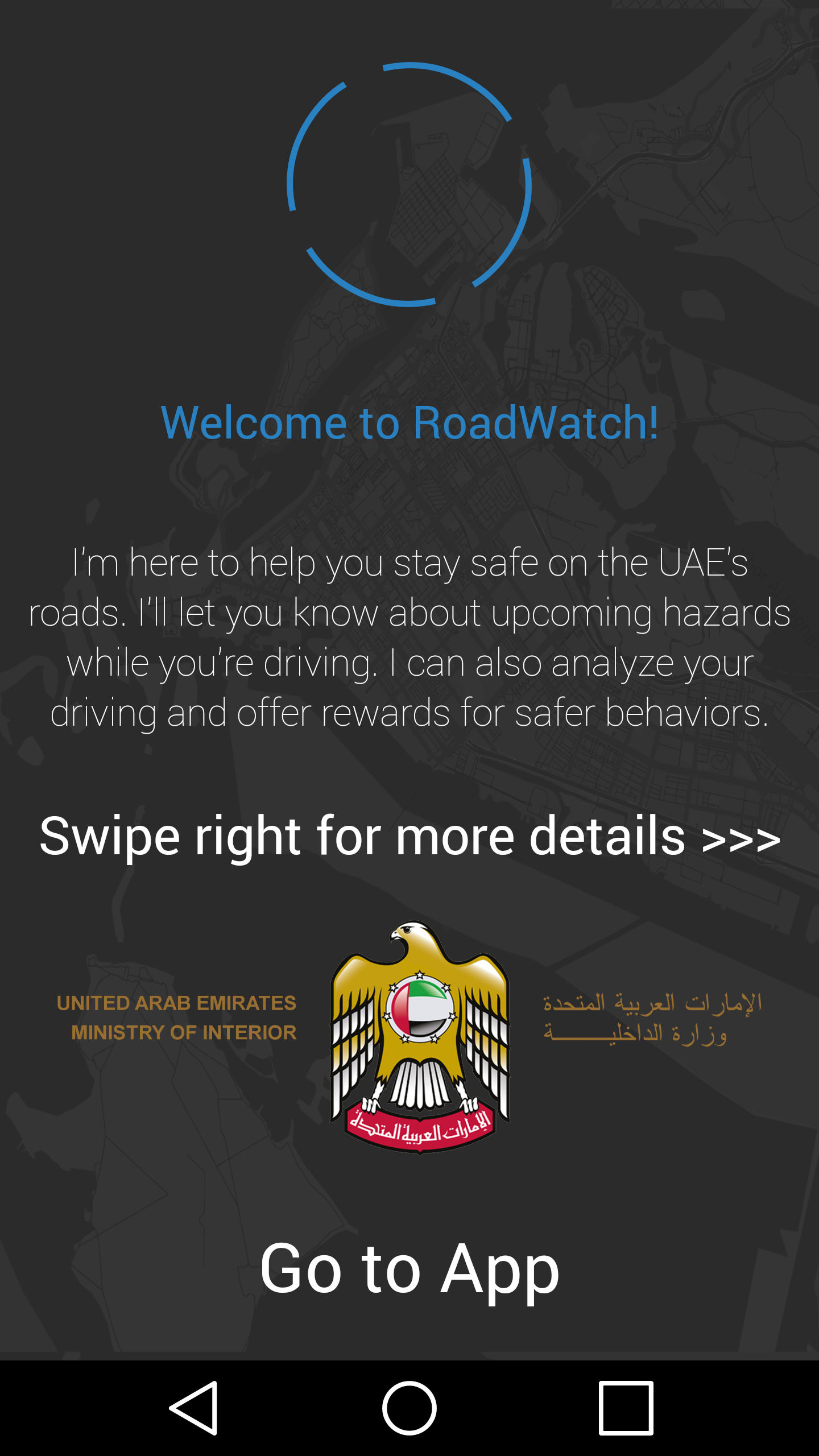 Image credit: RoadWatch App.
RoadWatch is a personal driving assistant app that provides real-time information and data on the condition of roads for drivers, built with aim to steer driver behavior to one that is more safety-oriented. The mobile, web and wearable app monitors driver behavior, warns them when they exceed speed limits, informs them when emergency services vehicles approach and also gives them a heads-up on critical conditions on their route like road accidents or adverse environmental conditions. The smartwatch feature of the app also monitors driver heart rate and hand movements, and raises an alarm if it senses driver distractions or fatigue. What sets RoadWatch apart from similar smartphone apps in this space though, is its ability to help authorities in planning and development of road infrastructure. The app will anonymously feed the UAE Ministry of Interior, data and patterns on driver behavior to help identify problematic locations and road safety trends in the region’s roads. 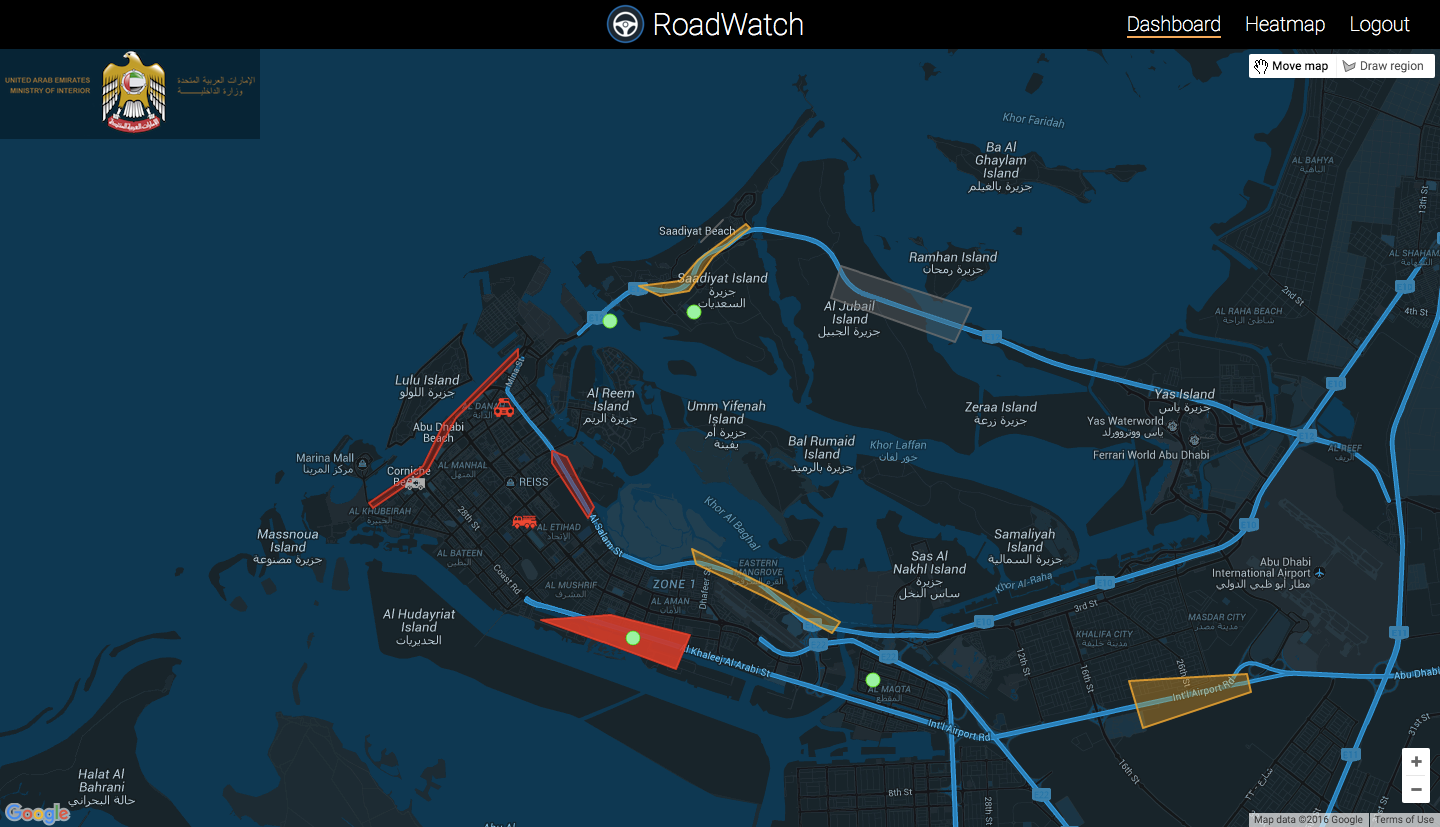