Why I Failed & What I Learnt From It?

By Punita Sabharwal February 17, 2016
Opinions expressed by Entrepreneur contributors are their own.
You're reading Entrepreneur India, an international franchise of Entrepreneur Media.

The faster we fail, the faster we succeed. Talking about failures takes guts but more importantly where
you went wrong and realizing it makes the difference. Sharing their tales, some leading entrepreneurs
tell us why failure is also a part of success.

Have A Champion Mindset 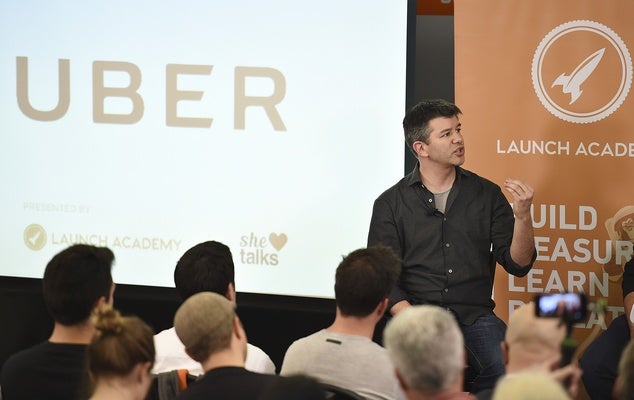 “Put everything that you have on the field, every ounce of energy and passion that you have. And when you get knocked down, because inevitably you will, get back up. And if you put everything in and keep
getting back up, it’s very hard to fail. We can only bend reality, not break it.” Travis Kalanick, CEO &
Founder, Uber “We fail every day. You do tons of things 90 percent of them work while 10 percent don’t. I will not call Dubai
incident a failure or setback. It was a learning. In a startup, you can’t really expect everything to work. For Google, Google Plus didn’t work. There are 500 things so some of them will work. My learning has been that I should learn from others and not try to make too many mistakes. Startups have to fight all odds to get things done. The first three years of a start-up actually teaches what you can expect going forward. Life is not that easy when you are starting a company. For example, if 30 percent of our efforts are going in
managing 2 percent of our revenue, we would actually get rid of that 2 percent and actually focus
all our efforts on what really matters.” Deepinder Goyal, Founder, Zomato “Failure seems super scary looking forward but perhaps enjoyable looking backward. To prove my credentials at failing, let me give you a non exhaustive list first. I failed in class 11th, got into engineering in third attempt, my first business attempted to make bio-diesel from black soldier fly larvae failed, followed by the second one, which was to develop electricity from chicken poop. Third one had zero revenues for
over a year before it finally worked.

Very few people care whether you fail or succeed. And those who do, want to see you succeed. So,
the whole world (that matters) wants to see you succeed. Isn’t that a powerful motivation to keep going? I was lucky to be surrounded by those who never judged me. I remember my dad telling me when I had just given up on the poop-to-electricity idea, ‘Must be impossible if you can’t figure it out.’ That’s the kind of crazy people you got to stay around. You have to succeed only once. People will always know you by your biggest success. Success only gives you short-lived adrenaline jolts rather than true happiness. Failure, thus also is only short lived and won’t keep you sad for long. Most entrepreneurs do what they do for the kick,
they get from solving problems. Finally, the best way to learn about success and failure is to experience it.
As long as you are surrounded by people who care for you, failure is good.” Samar Singla, CEO & Founder, Jugnoo

A Part of Journey “We had a couple of falls, a couple of drop-offs. But that’s a part of the journey. Consumption habits are changing fundamentally. Value is being added. India is the place for us.”  - Radhika Aggarwal, Founder, Shopclues “1  Deploy Right Resources at Right Time: An entrepreneur needs to deploy the right level of resources, especially capital, at the right time. One should have a clear strategy and road map of where you need to reach, what you need to do to create the value and what resources are needed to get there. Once that is clear, one should move as quickly towards deploying the capital and other resources, as the immediate action sets the tone for a high level of growth, success and future valuation. Sometimes enterprises save on capital and make the mistake of not deploying right resources at right time. This can potentially be one of the biggest pitfalls to your growth strategy as the first spurt of growth is necessary to propel you faster.

2  Attitude beats Skill in early days: Most entrepreneurs don’t seem to realize this on day one as we are focussed on hiring the best talent for that position from early on. However, I have realized that the while skills are important, but the attitude of success in your team  is more vital. Once an enterprise is scaled to some level, the people with right skill set become important and can be brought on board. Don’t fret about it on day one.

3  Finding the right set of people/ Investors to raise funding: Yet another key learning that I have had is on whom to reach out to for funding of your enterprise. During early days, when raising capital, we may end up asking money from someone who does not understand the investment space well or whose values are not the same as yours. What I have learnt is that it is better to refuse the capital from someone who is not aligned to your growth strategy and does not understand your values. If you don’t, you will most probably end up wasting a few years of your life with not much to show for it.” Mrigank Tripathi, Founder & CEO, Qustn Technologies “After graduating from IIM B, I joined a very prominent and well-funded start up in business development. Everything seemed right – strategy, team and funding. One of my projects was to enable cars to be sold online via our portal, and I remember we had made some detailed processes. The dot com bust of 2001 happened followed by layoffs, eventually the company was shut down. My key learning was that externalities matter – sometimes customers and markets are just not ready yet; so you need to factor that into your
plans. Then I remember, once around late 2000, along with a bunch of friends, I had planned my first education venture; we thought we had a great idea.

Just when we were about to start work, another start-up launched and with the same idea. My belief in my venture wavered and I was unable to convince myself or keep the team together. As it happened, this other company eventually went on a different path visa- vis our plans. And, further, shut down after a while. I learnt the hard way, not to judge and jump to conclusions based on an idea. Similar ideas may be executed very differently by different teams. Probably, the more important lesson was that ideas do not determine success or failure – what matters instead are the choices you make as you get deeper into the business and discipline of your execution.

After these two start-up adventures, I worked at some great companies, for about 11 years. All through, I believed that there were unmet needs waiting to be addressed which I eventually found. That belief, and finding co-founders who believed in the same vision, eventually led to Spanedea. This is the other thing I want to share – it is never too late. The way I would interpret the link between success and failure is that lasting success or multiple successful events can only happen through experimentation, and experimentation is directly linked to a large number of failures and a few successes.

Often, we arrive at truth by eliminating what doesn’t work. In business, the truth emerges from honestly answering a couple of questions: Does your offering fulfil a customer need? Does your offering satisfies that need better than available alternatives? As a start-up makes a journey towards serving a large enough market, all hypotheses get tested and many hunches get destroyed. So the only way to discover a product/market fit is through experimentation; this should be viewed as a research activity and like all such projects, lots of failures are likely. One can even say that if there are not enough failures, you are not experimenting enough.” Sanjay Bhadra, Founder & CEO, Spanedea “I started Yebhi.com in 2009, when  e-commerce was just beginning in India. By 2013, Yebhi was the largest
online fashion store, generating GMV of Rs 200 crore per year. We had raised $30 million from some of
the best-known investors, and had an excellent team of 2,500 Yebhites. At that height, imagining that the company would suddenly fail, looked like a improbability. By 2015, that improbability was a reality. There were a few reasons why we failed, but at the root of it, we failed because we thought we couldn’t fail. Five learnings from Yebhi: Team: Companies are built by people – Not the best, but the right.  Focus: Know what you mean to your customers and be the absolute best at it. Value capital: Build self-sustaining business and spend carefully.

Speed: Talent and capital chase winners, so if you’re not going up, you’re going down.
Innovate: No one is too big to fail. In the start-up era, you survive till someone brings a better solution.
At Shopsity, that learning is coming to great use. I’ve the most passionate, hard working and humble team that I’ve ever worked with. We’re building a self-sustaining, profitable business.  We’re raising capital only to grow, not to survive. We’ve reiterated a 100 times till we got the right product-market mix, and we’re by
far the best at it. Very few people are lucky to get second chances, and mostly, they succeed at it.”
Danish Ahmed, CEO, Shopsity

3 Life-Changing Lessons To Learn From Your Failures