By Sindhu Hariharan April 21, 2016
Opinions expressed by Entrepreneur contributors are their own.
You're reading Entrepreneur Middle East, an international franchise of Entrepreneur Media.

Sensing an imminent growth explosion in Southeast Asia’s e-commerce industry, The Abraaj Group has been busy ramping up its portfolio in the last two months, investing in the region’s e-commerce and related sectors. While Abraaj led a US$150 million funding in Indian e-grocery startup Bigbasket in March, the Group anchored a $30 million round of fundraising in Singapore-based Ninja Van, a tech enabled logistics provider in countries including Singapore, Malaysia and Indonesia in April. The Group did not divulge its share of the total funding in both deals but said that they are leading investors in both investments alongside other existing and new investors. The two deals take Abraaj’s Southeast Asia portfolio up to 28 companies.

Image credit: Ninja Van.
“The Southeast Asia e-commerce sector is estimated to double in the next four years, with total e-commerce parcel delivery estimated to grow in line with the sector. Last-mile logistics, which is the backbone of e-commerce, remains a bottleneck, and Ninja Van is well-positioned to enhance the e-commerce experience for customers and businesses,” Omar Lodhi, Partner and Head of Asia, The Abraaj Group, said in a statement. As for Bigbasket, it is reportedly Abraaj’s third’s investment in India over the past five months. Both e-commerce and logistics have been sectors of interest for Abraaj, with its prior investments including Turkish online retailer Hepsiburada, Dubai-based cab aggregator Careem, Urbano, a courier service provider in Peru, and Aramex, a leading logistics company in the Middle East, among others. Abraaj does not seem to be alone in pursuing the region, given Chinese giant Alibaba’s recent $1billion investment in Singapore-based e-commerce firm Lazada. 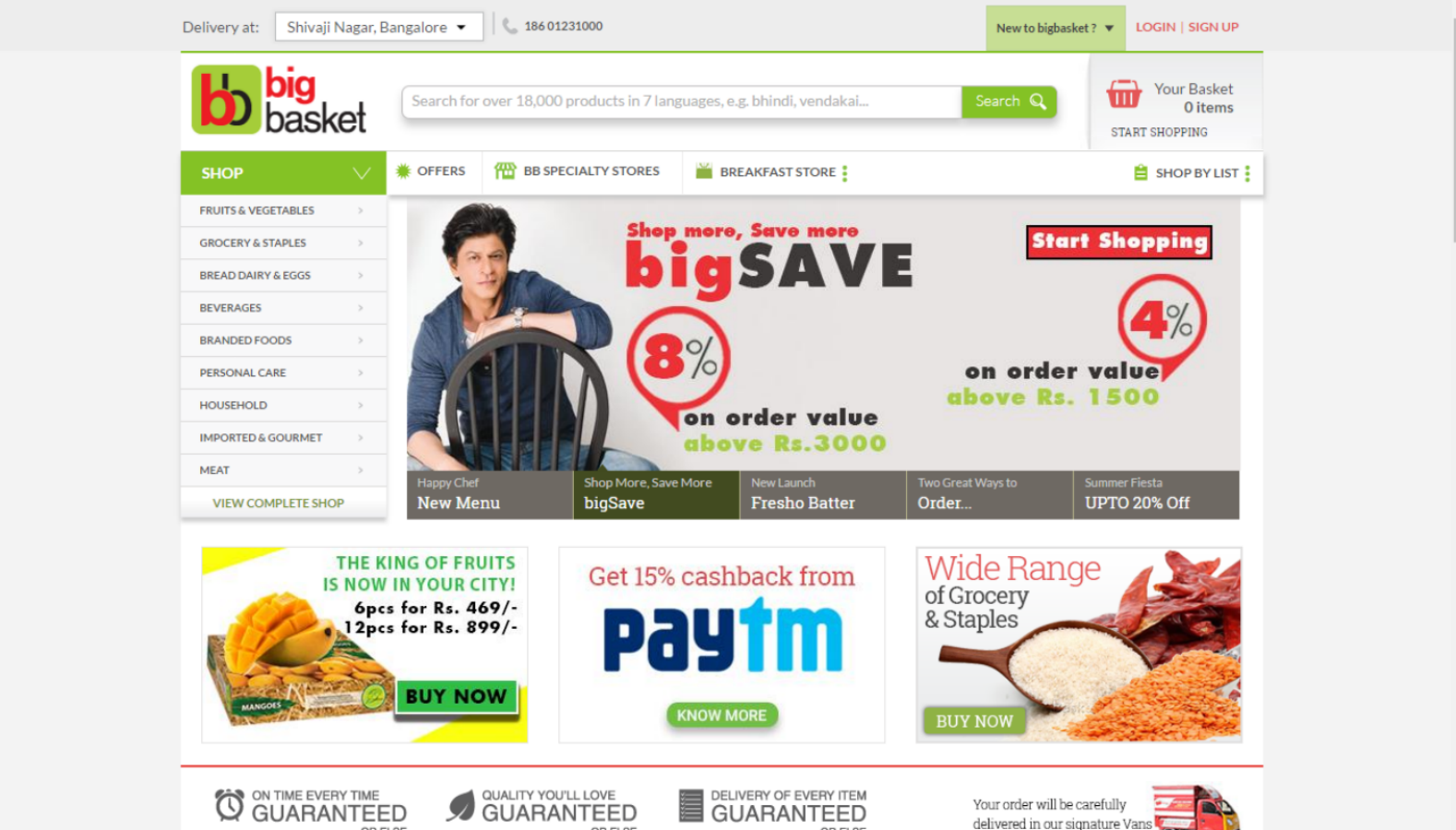 Ninja Van uses a proprietary technology to solve issues related to last-mile logistics and plans to use the capital to roll-out their delivery model in new markets, including Thailand, Vietnam and the Philippines, by the end of 2016. Bigbasket, headquartered in the Indian city of Bangalore, claims to average five million monthly unique visitors and execute over one million e-grocery orders every month, and intends to use the proceeds of this round to finance its further expansion across Tier II Indian cities, and increase its product range among other purposes. Interestingly, the startup’s fundraising comes at a time when its key competitor Grofers reportedly scaled back its operations by pulling out of numerous Indian cities citing obstacles in scaling up and inefficient demand as key reasons. A recent survey conducted by Bain & Company and Google found that consumers in the emerging market of Southeast Asia are highly influenced by digital content.“While 100 million consumers in Southeast Asia have made a digital purchase, a far larger group -150 million - has taken the first big step of researching products or engaging with sellers online,” notes the report.