These Are the Most Influential Business People on the TIME 100

Get a glimpse of how to overcome the mental and physical fatigue that is standing between you and your full potential.
Michal Addady
Writer at Fortune.com
April 22, 2016 4 min read
This story originally appeared on Fortune Magazine


TIME unveiled its list of the 100 most influential people on Wednesday.

The TIME 100 isn’t a ranking, perhaps because it’s an amalgamation of public figures from various different fields who have had some kind of significant impact on the world, but would be hard to compare. Or perhaps because TIME is too timid. (Notice that our list of World’s Greatest Leaders is ranked.) The list has a wide range spanning models, musicians and chefs, as well as tech titans and business giants.

Here are the most notable business people on this year’s list:

Their individual achievements aside -- she’s a pediatrician and he’s the founder and CEO of Facebook -- this power couple’s influence comes from committing 99 percent of their wealth towards making strides in the advancement of society. Through their Chan Zuckerberg Initiative they’ve led efforts to improve education, cure disease and build stronger and more connected communities.

The CEO of Apple, Fortune‘s most admired company for nine years running, is also one of the only widely known CEOs to be openly gay. Already in 2016 Cook has led his company through a major clash with the FBI over encryption, a debate that some say is far from over. 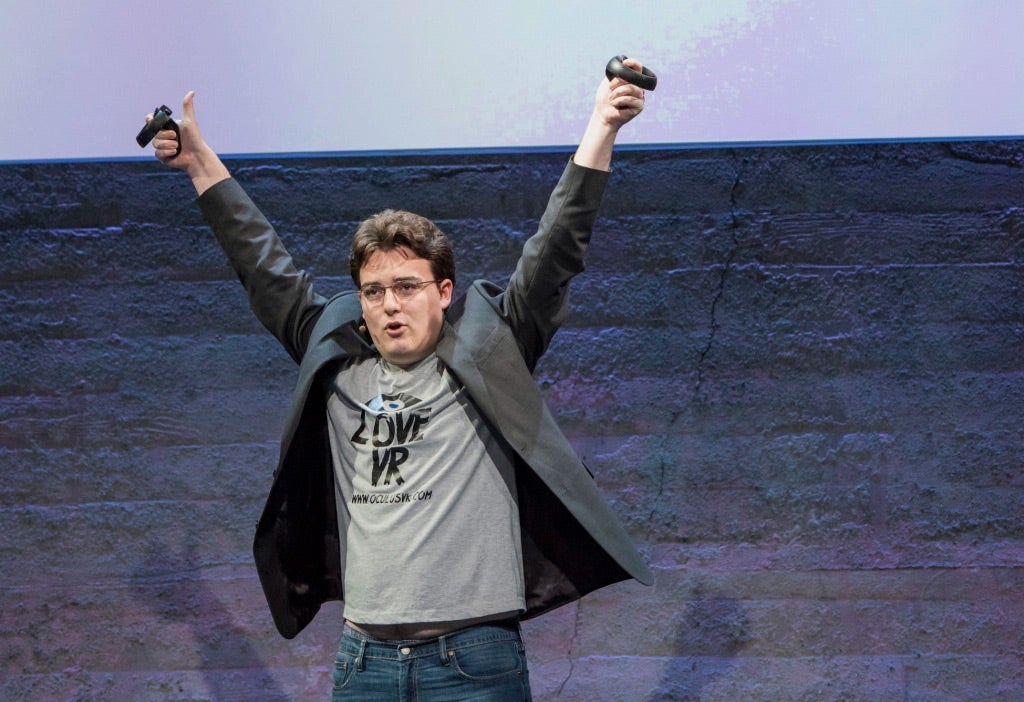 Palmer Luckey, co-founder of Oculus VR. Inc. and creator of the Oculus Rift, holds up the Oculus Touch controller as he speaks during the Oculus VR Inc. “Step Into The Rift” event.
Image credit: David Paul Morris © 2015 Bloomberg Finance LP

At just 23 years old, Palmer Luckey, the founder of Oculus VR and creator of the Oculus Rift, has helped change the face of technology. Virtual reality is here, and it’s not going away any time soon.

PewDiePie’s real identity is Felix Kjellberg, a 26-year-old Swedish video producer. He went from being the most-watched person on YouTube, with over 43 million subscribers, to signing a deal with Disney to create his own network.

Pichai started out as an engineer and became the CEO of Google this past August, just before announcing the formation of its new parent company, Alphabet. Among its other ventures, Google has been making significant strides this year in self-driving technology.

While not technically a business figure, Rousey’s ability to turn herself into a brand is a skill that any business leader should admire. The UFC fighter’s perfect record was tarnished last November when she lost against Holly Holm, but it’s not her athleticism that won her a place on TIME‘s list. As Fortune previously wrote, her words and perspective are what make her such an inspiration to both men and women alike.

TIME calls Trump in their write-up for the list a “force of nature” in business. And if they were thinking of a tornado, that leaves nothing in its wake, not even profits, then we would agree.

Still, the GOP frontrunner certainly deserves to be on the list of most influential this year. Though some predicted that his controversial comments wouldn’t get him very far in the race, they have appeared to only strengthen his support base. But whether or not his business acumen will be enough to make America great again is still up for debate.