BMW, Mobileye And Intel Team Up To Build Self-Driving Cars

A new contender has joined the race to bring out autonomous cars on urban roads. Automotive giant BMW Group, chip manufacturer Intel, and machine learning firm Mobileye have signed a partnership to manufacture a fully autonomous self-driving car. According to a statement, the companies will jointly develop required systems to bring self-driving vehicle BMW iNEXT into production by 2021. “The BMW iNEXT model will be the foundation for BMW Group’s autonomous driving strategy and set the basis for fleets of fully autonomous vehicles, not only on highways but also in urban environments for the purpose of automated ridesharing solutions,” BMW says in the statement. While BMW will bring in its automotive expertise, Mobileye will contribute with its machine-learning and sensor capabilities, and Intel will provide the technology framework required to make connected cars.

Recognizing the need for end-to-end solutions to achieve complete automation in cars, the trio aim to set an industry standard and define “an open platform for autonomous driving.”  Addressing a gathering at the BMW’s headquarters in Munich on July 01, the company representatives said that the iNEXT model would be capable of achieving “level 3 to level 5” of self-driving, and the technology will also be made available to other auto manufacturers at a later stage. In self-driving vehicle parlance, level 3 refers to a stage that enables drivers to not only take their hands off the steering wheel, but also achieve “eyes off.” Level 4 refers to taking the “mind off,” meaning drivers can use their time in the car for leisure or work. Level 5, the final stage, signifies a car navigating the roads without any human driver. 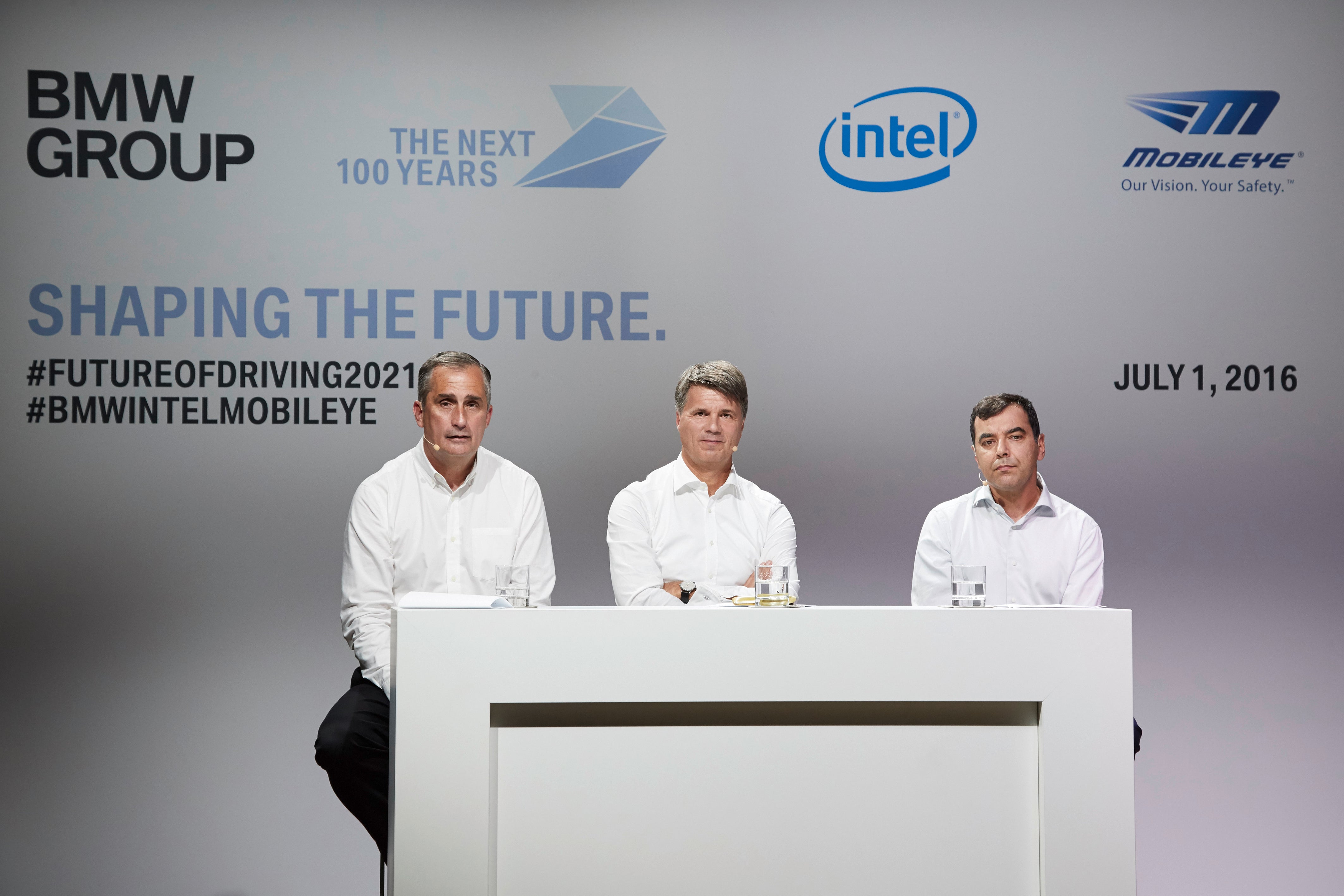 Though the announcement comes at a time when a fatal crash of a Tesla Autopilot technology car has raised questions on the safety of self-driving cars, BMW, Intel and Mobileye are “convinced that automated driving technologies will make travel safer and easier.” In recent years, buyers are placing increased emphasis on the technological features of a car while buying, leading to a rise in collaborations between auto companies and tech firms in car manufacture. Manufacturers such as Audi, General Motors, Daimler and others, have all announced plans to be a part of the driverless cars wave, and tech giants like Google and Tesla have made notable progress.

Related: 10 Things To Expect At Google's City Of The Future: Project Sidewalk