By Erika Widen July 17, 2016
Opinions expressed by Entrepreneur contributors are their own.
You're reading Entrepreneur Middle East, an international franchise of Entrepreneur Media.

As a startup, Urban Point officially launched in Qatar at a press event held by Vodafone Qatar in May at the Four Seasons Hotel in Doha. “Our story is perhaps much different than most Qatar-based startups,” recalls Saif Qazi, Urban Point’s Managing Director and co-founder. “Our idea was sparked when I met Susanna Ingalls during our MBA studies at the Mannheim Business School in Germany.” The motivation behind the idea was solving the issues of under exposure and low resource utilization amongst small businesses. “We wanted to deliver them targeted traffic for free, and this vision got us working towards an idea that would address that. We got special permission from program management to pursue and develop a solution as part of our MBA master project, and after months of research and deliberation, our idea was formed.”

Subsequently, a few months after graduation, they decided to move to Qatar to implement their plan, despite the fact that none of them had ever lived nor visited Doha before. They were, however, aware that Qatar was a fast-growing market with lots of governmental support for entrepreneurial initiatives. “Since Qatar is a small country with all the elements of an effective ecosystem, we wanted introduce something innovative in this market, iterate as necessary, and then take our product to other markets in the region.” After Urban Point launched, they began to compile analytics to better comprehend the market and all of the stakeholders. This resulted in pivoting to a different business model: “We essentially combined the attractive power of the discounts industry with the penetrative strength of the cellular industry, and by securing a partnership with Vodafone Qatar, we re-launched in Qatar with a unique offering which provides consumers and merchants the most effective way of discovering each other in Qatar.”

Among the major challenges that they faced was that none of the founders, including Azam Farooqui, had ever been to Doha and had to simultaneously learn to adapt to a different culture and style of doing business. “There was some adjustment required given most of our professional background was from Europe and the United States, so it was a bit of an adjustment. The bureaucracy, cost of living and the legal requirements around hiring were some hurdles that we had to encounter, but nothing was too challenging that it could not be overcome,” adds Qazi. Initially, the founders were backed by a Qatari investor whom they first met when they were studying in Germany. “At present, we are currently incubated at the Digital Incubation Center, which is a government funded center to support promising startups in Qatar by providing them training, mentorship and office space.” Qazi recalls how many people are surprised, even shocked, to learn that they had moved from Germany to Qatar to launch their business. “While Qatar is not exactly considered the go-to destination for entrepreneurship, there are a lot of excellent support systems that exist in Qatar to help young entrepreneurs flourish.” He adds that there is a very strong government focus on backing of entrepreneurial activities. “Although some laws can still be further enhanced to support entrepreneurs, we are extremely satisfied with our decision to choose Qatar as our launch market.” Qazi also believes that there are a lot of advantages considering the Gulf nation’s small market size. “[Doha] has all the right ingredients that you need to test a new idea; technological penetration, diverse population, quick feedback loops and government support for startups, which allows entrepreneurs to quickly test their idea and innovate according to the market needs, and then jump into other markets with a fully developed and tested product.” 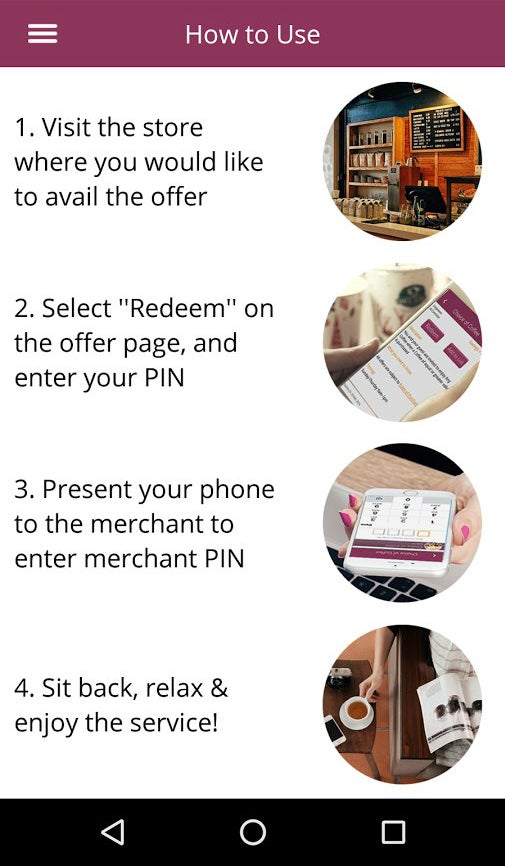 Urban Point aims to serve as an everyday life companion for Qatar residents, and as an exposure platform for small businesses in Qatar. “Our mobile app provides offers from local businesses ranging from beauty salons, restaurants, art studios, health clinics and many other types of service oriented businesses.” According to Qazi, the Qatari market has only a few options, which are in the business of providing new customers to local business through promotion of special discounts. However, the business models are structured such that consumers and merchants both pay a high price in discovering each other. “The ‘matchmaker’ companies make considerable profits through the process of connecting consumers and merchants. We felt that there was a much more cost effective way of connecting consumers and businesses, and Urban Point was thus born,” explains Qazi.

In reference to how Urban Point differs from other players within the market, Qazi says their competitors have business models that are based on either international or regional copies of other successful companies. In other words, there has been very little innovation in the discounts industry in the past five years. As a result, Urban Point approached it from the vision of providing the maximum value possible for consumers and businesses, and eliminating the bulk of the cost that is borne by businesses and consumers. “We did this by partnering with Vodafone Qatar, and launching Urban Point in such a way that we made it completely free for merchants, a market first, and not only reducing the consumer cost by more than 60%, but actually providing them way more value for their money,” Qazi says. “Our innovative billing solution allows most of our customers to simply pay for our service on their monthly cell phone bill, so they don’t need a credit or debit card anymore to purchase a digital service, something that the competition does not offer.”

Urban Point aims to be the starting point of commerce for local services, meaning, any time you would like to avail a service from a local business in your city, you start your search via their platform. “Qatar is our first market, and we hope to rapidly export our model to other countries within the next year.” And what was a great boon along their startup journey? Co-founder compatibility and chemistry; the positive dynamic between the core team proved extremely helpful for support and covering off bases in the different segments of the business. “Finally, we had an amazing investor, who despite some of our failures, continued to believe in us. We were therefore blessed by having the right conditions around us to continue to think different, refusing to settle, and innovating until we finally achieved the model that we desired.”

And what are his thoughts on the difficult odds that startups face? Qazi strongly believes that success is really based down to a combination of hard work, passion, and lots of luck and providence. “Many people enjoy the security and comfort of their jobs, and will choose to work in different corporate structures throughout their life, even if that makes them unhappy. They sacrifice their happiness in exchange for (delusional) certainty.” He adds how an entrepreneur should not be afraid to choose uncertainty over unhappiness. “Uncertainty excites them, and they are not daunted by the idea failing. A quote that has struck with us is ‘A reasonable man adapts himself to the world, but the unreasonable tries to adapt the world to himself. Therefore, all progress depends on the unreasonable man.’ Be unreasonable.”

MEET THE FOUNDERS OF URBAN POINT

“We have gone through some really tough times, often with no light at the end of the tunnel in sight. We always wanted to do things differently, and refused to settle for copying another business’s successful model, even when our own innovative models were not working.”

Saif Qazi is Urban Point’s Managing Director. Qazi has educational and work experience in Germany, France, Singapore, USA, Scotland, Saudi Arabia, and Pakistan. He has an MBA from the Mannehim Business School in Germany, and a BSc in Industrial Engineering from the University of Houston.

Susanna Ingalls is Urban Point’s Business Development Manager. Ingalls has educational and work experience from Germany, USA, France, Spain, Australia, Argentina and India. She has a BSc in Math and Econ-Accounting from Claremont McKenna College, and an MBA from the Mannheim Business School in Germany.

Azam Farooqui is Urban Point’s Operations Manager. Farooqui has a degree in Finance from Texas Southern University and an MBA from St. Thomas University in the United States.