There are many factors at play that culminate in a sort of "perfect storm" of events when it comes to someone achieving greatness in their field: circumstance, innate talent, extreme intelligence, luck– to name but a few of the key ingredients.

But there is also one very important thing that many on the outside looking in don't always fully appreciate the extent of, and that has to do with the sheer effort these individuals put in. We can also of course call it by another name: discipline.

Most of us can no doubt recount examples from our own lives of how we demonstrate discipline. For example, making sure we visit the gym enough times each week, or skipping the after work get-together with colleagues because we have a deadline to meet. But real, raw, hardcore discipline applied towards achieving a success that can in fact only be realized over the course of many years or decades is something very different indeed.

If we look at the greats across all fields, be it our sporting heroes, our favorite musicians, or the business titans that we admire so much, one thing that is often not considered when we are doling out our admiration is just how much effort went into achieving what was achieved.

And it's something that all aspiring entrepreneurs need to fully appreciate. To paraphrase one of my favorite quotes: exercising self-discipline means to live much of your life like most people won’t in order to live the rest of it like most people can’t.

I thought we'd have a little fun with this article by looking at three examples of "extreme discipline" in action. We will start with a review of a business legend from our day and age, before moving on to a sporting hero of the past, and then rounding things out by detailing the habits of an author who made a name for himself as perhaps the greatest writer ever in his genre.

There are truly few greater self-made success stories than Elon Musk's. Born in modest surroundings in South Africa in 1971, Musk’s intensity and discipline shone through from an early age. At 10 he developed an interest in computing, becoming a proficient, self-taught programmer within just a few months. A couple of years later, at the age of 12, he had come so far along that he was able to develop video games and start selling his code.

This, of course, was just a teaser of the incredible success stories that would be a constant throughout Musk's life. From his involvement in software company Zip2 (sold for US$300 million), to PayPal (sold for $1.5 billion), to Tesla, to SpaceX, to the numerous other projects and inventions in the works, he is, in a word, relentless.

Musk will tell you himself that he puts his successes down to, among other things, his ability to make sacrifices and exercise discipline– skills which he believes allow “ordinary people to choose to be extraordinary.” An example of his self-discipline and sacrifice: when he was starting up one of his first businesses in the 90s with just a little bit of savings and no fixed salary, his instinct told him that his path would involve a lot of setbacks along the way and that this could take a while, so he decided to test his mettle (or prepare himself for these potential setbacks and the overall required timeframe) by allotting himself a food allowance of just one dollar a day.

Musk did not need to spend so little on food, but his thinking was that if he could prove to himself that he could get by on next to nothing, he would never experience the fear of having to get a job simply to pay the bills– a fear that he wanted to remove as a distraction once and for all.

The world of sport is naturally full of tales of incredible discipline, and none more so than the hyper-competitive arena of American football. Now usually when the football season wraps up in January, most players use the six months that follow to do a fair bit of relaxing until the next season’s training camp begins again in July. But time travel back to the 1970s and the world of Walter Payton –the greatest running back of his time (and arguably of all time)– and we are presented with a very different picture. Payton would essentially keep on going, training year round, and with no let up in terms of intensity.

Payton was no doubt born with this sort of mindset. Back in high school when the thought of becoming a pro was just a distant dream, he would run grueling workouts in the Mississippi heat all summer long. He used a sandbank by the Pearl River near his hometown of Columbia that stretched for 65 yards and had a 45-degree incline. Payton would run countless sprints through the hot sand to build his legs in readiness for the pro leagues.

And when he did make pro, he carried that determination and discipline throughout at all times. This man literally never let up. Upon moving to Chicago in 1975, he immediately sought out similar conditioning opportunities that he had in Columbia, and soon found “The Hill,” now known as "Payton’s Hill.” And this one was a monster, at 92 feet high and as steep as they come.

Payton would sprint the hill countless times each session, regularly taking his Chicago Bears teammates with him. And while Payton would scoot up and down the almost vertical terrain over and over, many of his teammates could only manage a handful of repetitions before vomiting.

The workouts and Payton’s dedication to being the greatest are now the stuff of legend, and many of today’s NFL running backs still follow Payton’s example. LaDanian Tomlinson, himself a potential Hall of Fame player, even had an exact replica of Payton’s Hill built in his back garden! 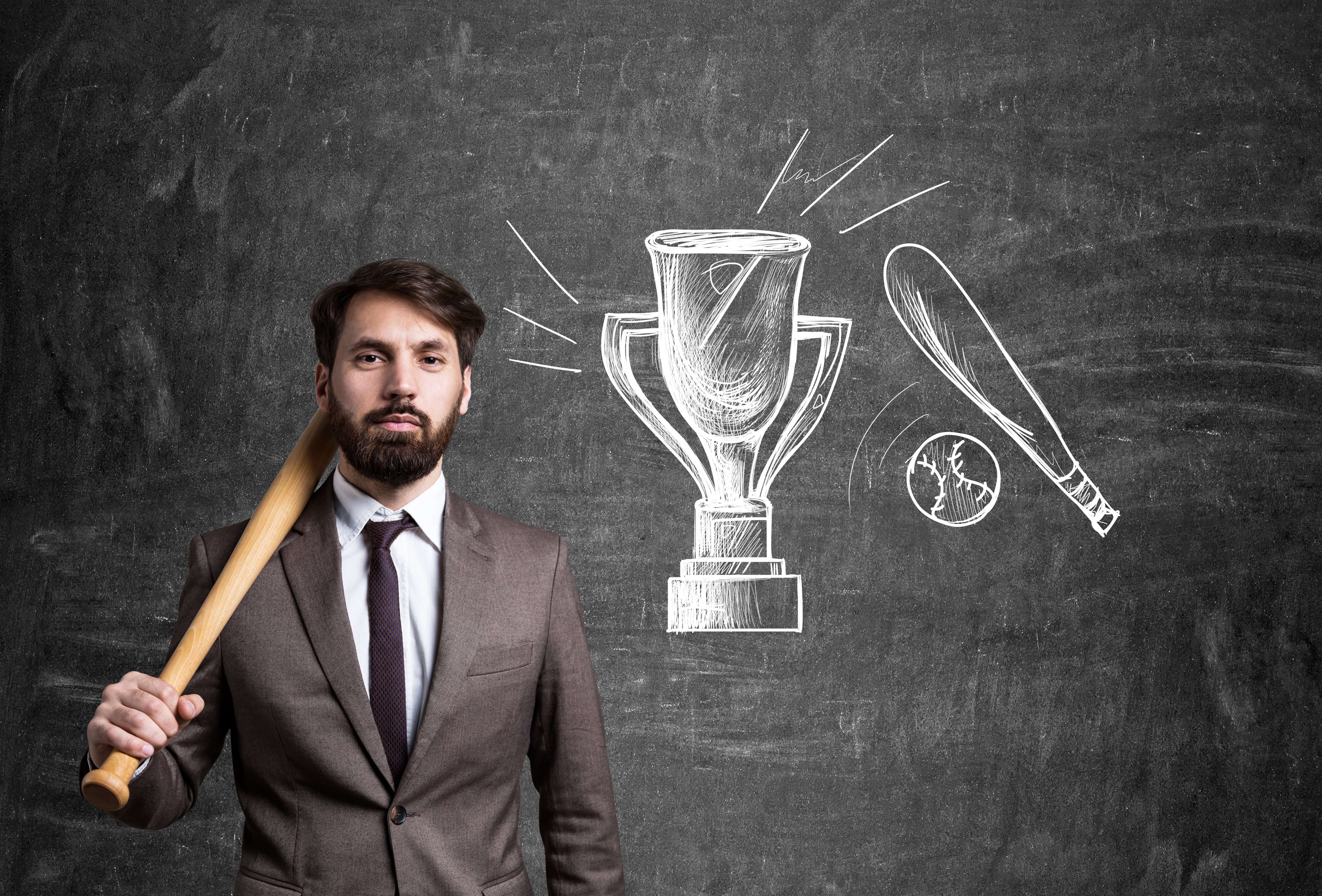 One of the most prolific writers of his generation, King has written over 55 novels and 200 short stories, with many of them –including Carrie, The Shining, The Shawshank Redemption, The Green Mile, and Misery– being made into Hollywood movies.

King credits his disciplined approach to writing as the primary reason for his many accolades. “I write [at minimum] ten pages a day, without fail,” says King in his book called On Writing, "including on my birthday and all public holidays."

For over four decades in fact King has stuck meticulously to this practice, taking to his desk in a small corner of his office and cutting himself off from the outside world –no phone, no email, no interruptions– until he reached his daily quota.

King also does not believe in writer’s block, calling it "an excuse". Writer’s block, he says, is no more than a lack of motivation to write, and it is when we are not motivated to work that self-discipline really needs to come into its own. King's honesty in recounting his journey also highlights how maintaining discipline is very much an emotional struggle, and something we must all keep in mind. He explains that there have been long periods when he has had to push through to maintain his consistent output even though he felt completely miserable.

This was clearly not always a love for writing. I think there is often an assumption by many that those in creative fields in particular –be they authors or actors or artists– are driven by a true passion at all times. King shows us that this is not at all the case, and most of the time he viewed his work as something that simply "had to get done,” a job like anyone else's.

It's a mind game

King's is a great example in which to wrap up this article. Having the discipline to push through day after day, even when "miserable" and with no motivation to work, is what has led him to publish multiple books each year with such consistency, and to complete every first draft (even for his longer works such as It and The Stand) within three months. The end result? Greatness in his field lasting decades.

Now while perhaps King's is an extreme example of the emotional trials and tribulations, it is one we can use to hammer home the point that success on this level is so incredibly rare because to be a champion in your field you have to display that level of discipline day in and day out for as long as it takes, refining your craft by much of the time doing the same thing over and over– and powering through whether you have the motivation or not.

Ultimately, there is perhaps a bit of madness in it all. Eating what amounts to table scraps when you don't have to, never giving yourself a day off of training in your entire professional football career, and writing while miserable even though you have made enough money off of previously published works to live like a king for multiple lifetimes.

One way to look at it is that these individuals are driven by such a need to succeed that they adopt routines that almost make it impossible for them not to succeed. And sure, those routines are often agonizing, but they certainly answer that question of what real discipline looks like.

Related: Nine Rules For The Entrepreneur To Live By