Enter The Vault Of Funds With Your Startup Pitch

By Samiksha Jain September 29, 2016
Opinions expressed by Entrepreneur contributors are their own.
You're reading Entrepreneur India, an international franchise of Entrepreneur Media.

The Startup –Investor relationship has now moved to the small silver screen in India and promises to make our young and risk-taking innovators the ultimate entrepreneurial heroes and darlings of the small screen.

What does it really entail? You may take an example of "Shark Tank' series, a popular American reality television show, wherein aspiring entrepreneur-contestants pitch their businesses to the investors referred to as Sharks, The Vault promises to be the Indian idol of Startups and Investors.

Through "The Vault', Jatin Goel is creating more than just another avenue of investment for aspiring entrepreneurs. He aims to offer them a platform that will help establish a robust startup ecosystem that fosters innovation and drives growth for promising business ideas.

Open to SMEs, the student community, household & rural ventures, and startups at an incubation stage, The Vault will offer a platform for entrepreneurs in the making to pitch their business ideas in front of a panel of investors and secure on-the-spot funding. 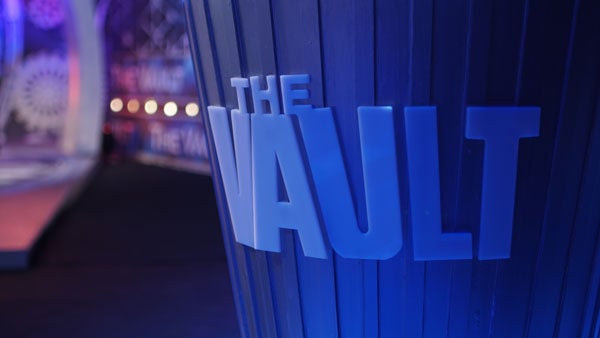 The first season of the Vault has distinguished names and professionals who have proven their entrepreneurial excellence time and again in the Indian Business ecosystem.

Joining this league of investors are Vivek Bhargava, a prominent figure in the field of digital marketing and brand strategies with nearly two decades of experience, while Rahul Singh is an entrepreneur who, in 2012, mortgaged his house to fund his business with a vision to establish an all-day beer-focused dining destination. Sudip Bandopadhyay, Chairman, Inditrade Capital, who has built and managed business verticals for leading companies such as Reliance, ITC, ICI and HLL, joins hands as an investor on the show with Ameera Shah, Managing Director & CEO, Metropolis Healthcare Limited, who is a veteran in the healthcare space and is on the show to boost all our women entrepreneurs to lead from the front.

Mohit Goel, CEO, Omaxe Limited, a hardcore real estate developer would be seen in his first avatar as an investor and promises to rock the startup ecosystem with some big deals that he will buy on the show.

Guest Investors ,who would only attend some episodes in the season include Anupam Mittal, Founder and CEO of People Group and owner of Shaadi.com, Makaan.com, and mobile internet company, Mauj Mobile. As an angel investor, Anupam has also been associated with Ola Cabs and Interactive Avenues at the seed stage, along with 75 investments he made in the startup space. Devansh Jain, Director, Inox Wind Limited and Inox cinemas will also be seen at The Vault, making investments in consumer-facing business startups.

One of the distinguishing features of The VAULT will give an option to startups to consult Business Mentors .The Leading successful mentors are Ritu Marya, Editor-in-Chief, Entrepreneur Media (India Region); Ajeet Khurana, Advisor, Kalaari Capital and Rajat Tandon, Vice President NASSCOM.

What can you expect from Season One

The show will curate and present 50 of the most innovative and disruptive business ideas to emerge from Indian households. The investors will draw upon their own entrepreneurial experiences to evaluate each pitch on aspects such as innovation, novelty, growth prospects and viability of the idea before deciding on whether they want to invest in it or not.

With a television launch scheduled for October 2016, the show will provide an insider's perspective of how investment deals are cracked and what it takes to achieve entrepreneurial success across multiple verticals.