Ali Mansoor, co-founder and CEO, Baroque -a new entrant to the burgeoning creative production market in the UAE- is extremely clear and candid in conveying what the company stands for, and how it plans to stand out. “Advertising has moved into a new era where truth and real value have become the prerequisite for success in the advertising industry,” says Mansoor. “The time has come to cut out the crap and the fake superficial glitter, and to be real and relevant in a very entertaining and engaging way in the communication between brands and consumers.”

Baroque may be a new kid on the block, but steered by a wealth of industry experience in the form of its founders, Baroque specializes in a wide range of disciplines including broadcast and digital production, branded content, interactive film, virtual reality, gaming and more. While Mansoor brings over 15 years of global experience in the advertising industry, and is a name to reckon with in the region’s advertising space, co-founder Bjarne O. Henriksen is a Danish screenwriter and composer who met Mansoor on a project, with the collaboration then turning into a business partnership. Baroque (signifying an “unpolished pearl”) took its time to launch, with Mansoor noting that time and effort was spent in formulating “Baroque’s DNA” and finding people “who could help bring that DNA to life.” And what exactly is the production company’s DNA? “Our unique selling point is a focus on technology, heart and guts,” says Mansoor. “We believe that the only way to achieve success in this new era of advertising is to let consumer behavior dictate strategy.” Mansoor believes that while advertising was earlier about fabricating “a reality around the product and the needs of the consumers,” the digital revolution has turned it more real. “Now we have to tell the truth about products and, not only that, in a more entertaining and interactive way,” he notes. 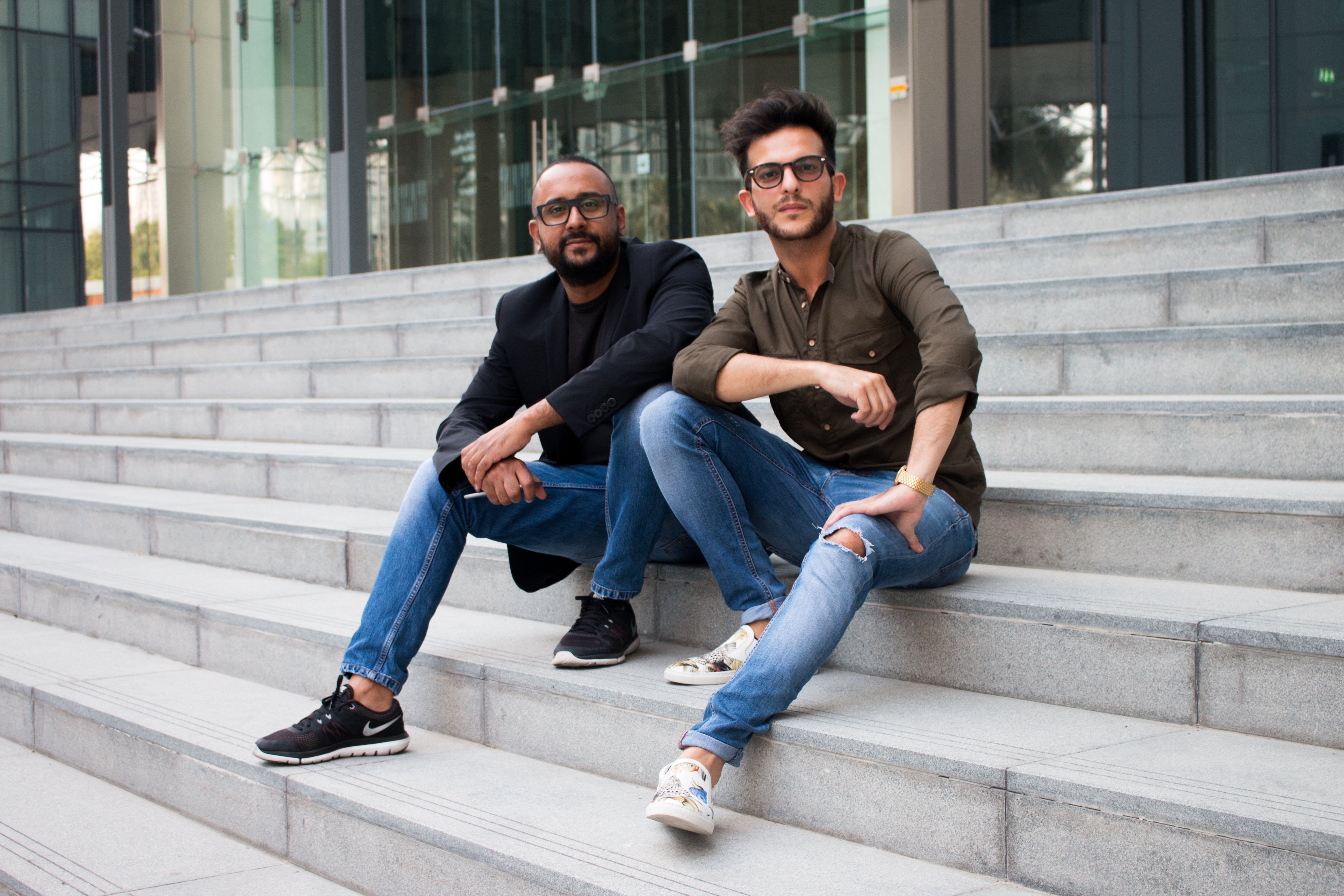 Having launched in March this year, “unexpected demand and happy clients” has accelerated Baroque’s expansion efforts, the details of which Mansoor says will be revealed soon. Similarly, without naming the projects, Mansoor says Baroque is working on “several exciting virtual reality experiences,” relating to gaming and other experiential areas. “We are also developing mobile apps, interactive on-ground activations, an interactive animation campaign, and so on.” In meeting this objective, Baroque has also launched a Baroque Film unit, which aims to develop quality content created by international filmmakers, headed by Lorenzo Bassano, an award-winning creative director. Baroque Film’s roster of directors includes Cannes Lion-winning Ivan Vaccaro, Luigi Pane, Pascal Dash, and many others. With its “power plant” in Dubai, Baroque’s operations reflect the changing organizational structures, with their network of 70+ employees spread across the world from New York to London to Singapore, Beirut and others. Baroque’s team comprises of a mix of creative directors (with background in tech, and not just advertising), technologists, designers, digital producers, and also street artists.

Counting the team as a key strength that keeps Baroque going, Mansoor says that for a growing creative venture such as Baroque, “finding talent that think like entrepreneurs” continues to be a challenge. Given the impact of digital revolution in every industry, and with the creative field experiencing transformation with every blink of an eye, Mansoor is convinced that the industry’s legacy processes “will be rendered obsolete” by emerging players. Commenting on how Baroque hopes to take on the challenges head on, Mansoor says, “We don’t have to adapt [to] anything. We have been born into this new world as digital natives.” He also considers the “perpetual advances in technology and the internet” to be a boon for them, as it ensures that the field is “finally open for creative entrepreneurs who dare think out of the box.” 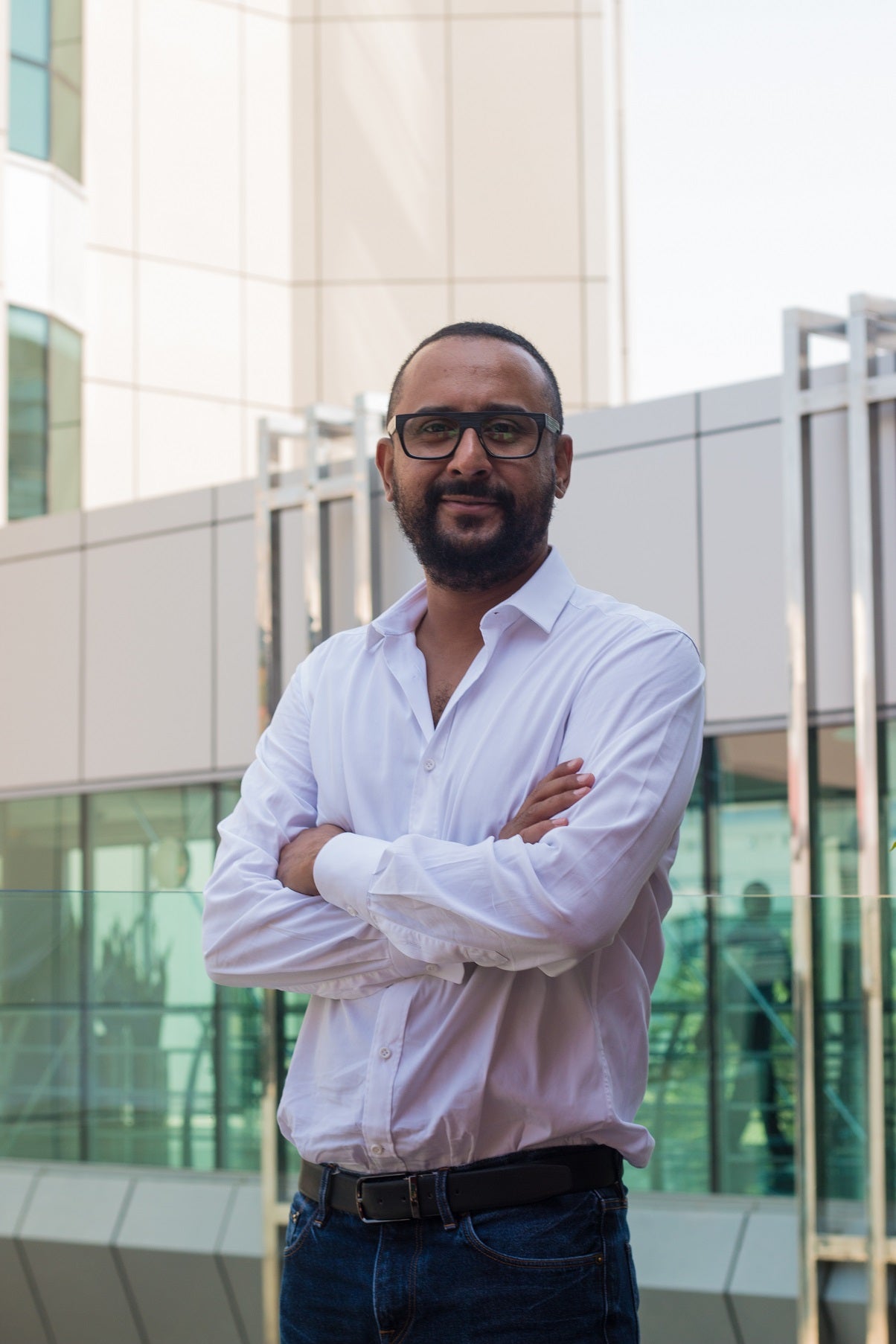 What influences your creative process?

“First and foremost, thinking out of the box. To only accept the best and most original ideas. [Second], trusting our “pearls” enough to give them a totally free hand, to come up with new ideas, always pushing their imagination to the edge. Keeping an open mind as long as possible in the process and always having a clear sense that the mindset of Baroque is always present as the spine in anything we do. It is always the idea that dictates the tools, the technology we use, not the other way around, and it is always the Baroque mindset, at the end of the day, that will determine if an idea is going to be put to life. No matter how amazing the idea is.”

What are some interesting trends and changes do you notice in your industry?

“Technologically I would say virtual reality is the most interesting new tool for commercials, but the fact that we now can reach people on multiple platforms, anywhere at any time and that we can design things in a way that consumers can -and have to- be interactively part of, opens a whole new and vast universe of possibilities. This also has an impact on the cost of things- a commercial doesn’t have to cost hundreds of thousands anymore, which means that more companies can afford to have commercials made and, at the same time, be more sure that their investment has a real impact and won’t be a waste of money.”

What would you say is the region’s biggest challenge for entrepreneurs in the creative field?

“There are three main challenges, and they apply to us as much as they do to anybody else.  Firstly, talent- finding talent is not easy, and once you find the right talent, conveying to them the Baroque mindset is also not easy. Our business is a taste, and no taste can be the same. Our business consists of details, and every individual talent has a different idea of what their details are. It’s a mix of great ideas based on moral imagination and excellent execution. Finding all this in one person is a challenge. Secondly, securing cash flow. The market is used to a traditional financial structure, which affects any new plans. The new era requires talent, not machines. Every month salaries are paid. Payment terms need to be considered so people that craft ideas can survive. Our products are ideas, not a beautiful automatic machine with spare parts. And that product is costly because it is valuable. Thirdly, education. We are proud to be counted as educators. But it is not easy to convince others when they are used to the old ways of doing things. It is a big shift that requires patience and time. Every member of Baroque is partly an educator. For example, there is a continued misunderstanding of the meaning of ‘digital producer’ or ‘digital’ itself, when it comes to advertising. Digital is not just a video for social media. It is an entire platform.”

What are your top three tips for an entrepreneur to start a business in MENA?

“Tip number one is that there are no limits anymore. Nothing is impossible. Both technology and organization-wise. You can run a company from your bedroom or front porch. The internet has made it easier and more fun to become an entrepreneur by giving us constant access to the best and newest knowledge right in our hands. Creativity now has the most optimal life conditions and inspirational resources. So tip number two is educate yourself constantly – get used to getting smarter every day. And tip number three is don’t be afraid of failure. Have the guts to follow your visions and to enter uncharted territory, to do crazy things, to do things opposite of what is the norm. Tip number four, don’t only have three tips to offer. So my fourth tip is never lose sight of what it’s all about: people, fellow human beings. Communicate value to your fellow human beings in order to improve their lives – not to make you look sexy and important in a Porsche. There’s nothing more important than enriching other people’s lives.”