To Drive Massive Online Traffic, Start With What Your Audience Loves

If your goal is drive long-term, sustainable traffic, win their hearts before trying to win their dollars.

By Aaron Orendorff March 19, 2017
Opinions expressed by Entrepreneur contributors are their own.

With content overload at an all time high, competing with heavy-hitting media sites seems impossible. They’ve staked their claim, and all the rest of us can hope for is to pick up the leftovers and eke out a meager living.

On August 17th of 2016, Arthur Tubman and the team at Monday Monday Network did the impossible. Within the first 45 days of launch, their site attracted just under 9 million visitors and today their daily average visitor count clocks in over 600k.

The question is: How? Answer: By adopting a them-first approach before pushing go on a single piece of monetized content.

Related:  50 Easy Ways to Drive Traffic to Your Website

While much of their approach centered around Facebook, there’s nothing magical about Facebook ads and there are plenty of other creative ways to drive traffic. The lessons from the launch, however,  prove that the bedrock principle of all marketing is still true: it’s not about you … it’s about them. Here’s how you can take that advice to heart.

Start with what you love.

When it comes to social media, brands are notorious for taking one of two misguided paths: “dominating” or “dumping.”

With the first, businesses -- particularly e-commerce -- dominate their feed with heavy-handed promotions, pitches, and products. With the second, social is treated as little more than a repository for that same business’ usual onsite content -- i.e., a digital dumping ground.

Both approaches, while well-intentioned, amount to a social-media presence that screams, “Me first.” In contrast, consider Monday Monday Network’s approach.

Today, the site hosts 24 separate topics -- basically channels to which they post roughly 30 articles a day. Each of those topics began its life not as a column or blog, but as an individual Community Page on Facebook. Some communities they took over -- like Addicted 2 Big Bang Theory -- others they created from scratch -- i.e., I Love Meditation.

Why communities? Because, as Tubman told me when I caught wind of the site’s massive launch, “You don’t want to kill the party before the party starts.”

For every community, they focused on creating unique content exclusive to Facebook. This included updates (like the one below) but also extended to original infographics, videos, and gifs. From July to August of 2016, that was the game they played. 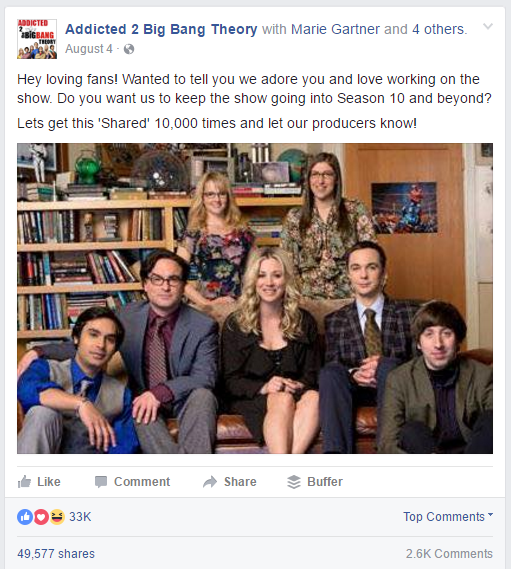 The insight here is obvious, but we often miss it.

Regardless of what you’re selling, some niche -- a specific group of real, live humans -- lies at its core. And people are the foundation, not products and promotions. Eventually, selfless content needs to be augmented with self-serving content, but if you get the order wrong, nothing else really matters.

Related:  8 Ways to Drive Traffic to Your Podcast On Social Media

Of course, piggybacking on your audience's current loves isn’t the only ingredient. After all, you can’t approach traffic with a “build it and they will come” mentality. If you're leaning on Facebook to connect, then you have to pay to play.

However, rather than craft ads with the immediate goal of driving traffic, Monday Monday Networks’ ad spend aimed at two goals often dismissed as vanity metrics.

First, they set their sights on “Likes,” which -- across their 20 plus communities -- eventually totaled over 5 million fans. Similar to their organic posts, the ads they developed majored on the genuine interests of the communities they were serving. 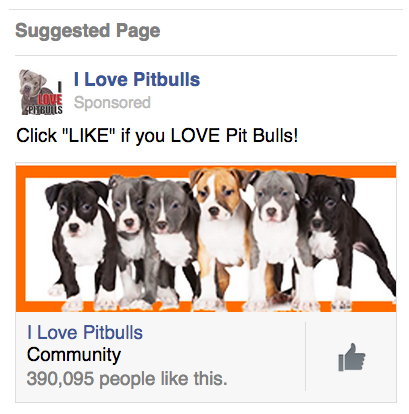 The second metric was “Engagement Rate.” As Entrepreneur’s tech reporter Rustam Singh explains, “What use are high amounts of likes if your engagement rate is extremely low?” Just like Likes, engagement is regularly regarded as pure vanity. Why? Because while it feeds your ego, it doesn’t pay the bills.

Or does it? Remember, if your goal is drive long-term, sustainable traffic, then your audience has to come first. That’s true both chronologically, which is why engagement matters, as well as philosophically in what you actually create.

Finally, turn them on.

Only after generating critical mass off-site can you then turn the traffic faucet on.On August 17th, Monday Monday Network began seeding their usual Facebook exclusive content -- images, jokes, tips, infographics, and questions -- with links to their brand new baby. They didn’t blast their audience but instead leaned on the engagement and trust they’d already established (like this ad for their Duck Dynasty page). 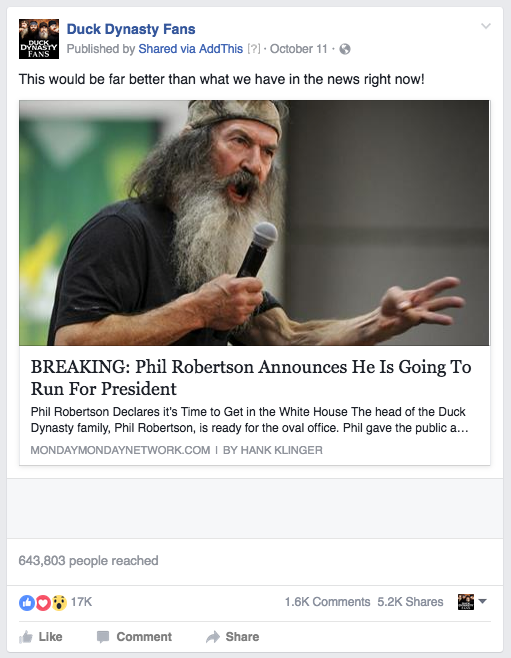 In the first week, they hit 3 million visitors and crashed their servers 15 times. By day 45, visitors were at nearly 9 million and today they average just over 600k uniques a day.

Creating that level of engagement and traffic isn’t easy and I don’t want to oversell this. To fund all that activity, Tubman and his team originally raised $750k in capital. But, that doesn’t mean the same lessons don’t apply to your business.

If you want to generate traffic, start with what your audience already loves, don’t be afraid to buy that love, and -- only after your audience loves you back -- invite them over to your place for more.

Great marketing -- just like any great relationship -- boils down to one thing: it’s not about you … it’s about them.