By Erika Widen December 28, 2016
Opinions expressed by Entrepreneur contributors are their own.
You're reading Entrepreneur Middle East, an international franchise of Entrepreneur Media. 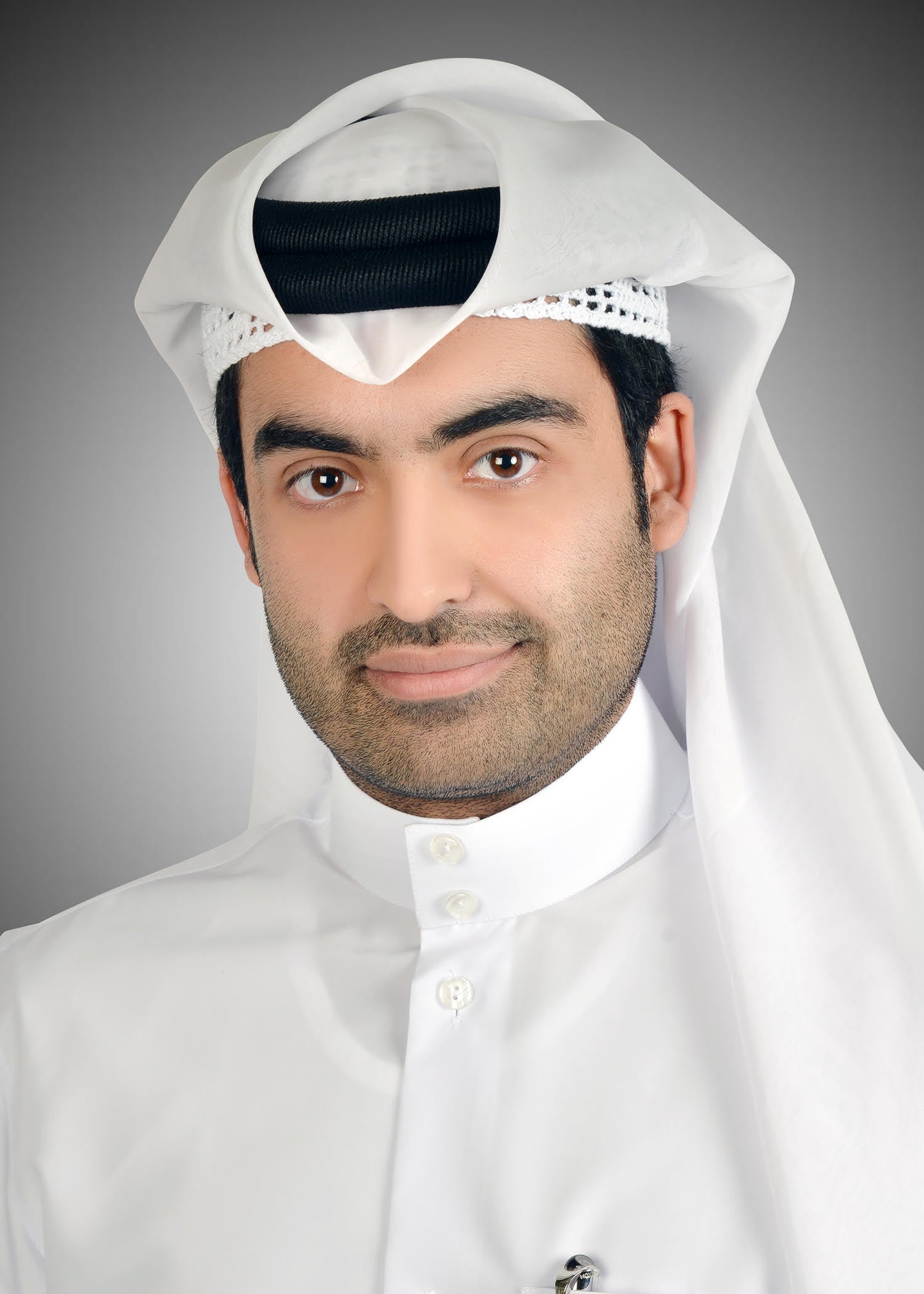 "When Elan was established 12 years ago, the advertising industry in Qatar was still nascent,” remembers Jaber Al Ansari, Group CEO, Elan Group. “Our company had a clear mandate to take advertising in Qatar to the next level, and we have been working towards achieving that goal since then. We understood very early on that to achieve this ambition, we needed an accelerated learning curve. This is why we partnered with JC Decaux, the global leader in outdoor advertising to bring the best in class expertise in the field.”

And it was a move that worked: Elan is today a diversified group that operates in the sectors of media, entertainment, and urban beautification, with the delivery of a number of major projects to its credit. For instance, its media arm has established more than 3,000 out-of-home (OOH) assets of various formats across the country, and is currently introducing digital OOH in the Mall of Qatar and Doha Festival City.

“We have a solid experience managing large scale advertising and working closely with brands to create and deliver innovative campaigns,” Al Ansari notes. In the entertainment arena, Al Ansari points toward Elan’s ownership of two major entities in the region: “We own Novo Cinemas, one of the strongest brands in the movie exhibition industry in the region, as well as Gulf Film, the largest movie distributor in the region… We have developed Novo Cinemas from a local to a regional super brand operating 148 screens by end of 2016.”

The company also has Elan Events under its umbrella, perhaps known best for organizing three consecutive editions of the Qatar Motor Show and Doha Jewelry and Watches Exhibition. Then there is Elan Urban, which has been working with Lusail City, the largest real estate development in Qatar, in order to deliver bespoke street furniture that will bring a unique personality to the city. “Also, on the infrastructure side, we are opening a new factory in Doha to manufacture road signs, way finding, and industrial signage under the brand, Elan Signage.”

According to Al Ansari, the advertising industry in Qatar is currently the second largest in Middle East and North Africa (MENA) in terms of ad spend per capita. In addition, it still has a lot of potential, whereas growth will mainly come from digital advertising. “The trend globally is showing a shift from print towards digital,” he says. “Qatar is clearly following the same trend, although at a slower pace, and we see a continuous growth in the share of OOH and digital in ad spend.” Clearly, then the industry is also a lot more structured than it used to be, and is reducing progressively its reliance on government spending, which will be positive for the market in the long-term.

“As a government-owned company, it’s our duty to contribute actively to the achievement of the objectives of Qatar’s National Vision 2030. Elan strives to bring to Qatar some of the most advanced knowledge in the industries where we operate,” says Al Ansari. As a result, the company has partnerships with several global companies such as JC Decaux for media, FiraBarcelona, MCI, and Live Nation for Events, and VIS Mobility for signage. “We have knowledge-sharing frameworks with all our partners, which allows us to develop the local expertise, and hence contribute to building a knowledge-based society as per the National Vision’s objectives.”

As for some of the challenges Elan Group has faced by introducing the latest media tools to the Qatari market, Al Ansari explains that new technologies and concepts always tend to bring the challenge of accepting and adapting to change- Qatar is no exception to this global rule. “In the case of new media platforms, you need advertisers and agencies to approach their creative work in a different way. You can’t simply take the artwork that you have designed for the press, resize it, and put it on a senior or a large format asset. The creativity has to be thought differently to deliver the message in an effective way. The same principle applies between static and digital OOH.”

He further adds how you need media buyers to include the newly introduced media in their thinking process, and plan their campaigns accordingly. “This requires a certain shift in mindsets, which we worked with our clients to achieve. Luckily for us, most of them understood that the change was to their benefit and adapted more enthusiastically.”

In 2015, Elan was awarded with their partner Fira Barcelona, the venue management contract of the new Doha Exhibition and Conference Center by Qatar’s Tourism Authority. Furthermore, Elan has recently been awarded the operation of two world-class arenas, which Al Ansari believes is a testimony of the trust that the government and business communities have in Elan and its partners. “It also expands our entertainment offering and opens new growth possibilities for the Group. Our joint venture with Live Nation will provide arena management, promotional, managerial, and facility maintenance support services for both venues. We will work to bring new world class family entertainment, sports, music, and other live events, to Qatar in order to offer the country’s residents new entertainment experiences,” adds Al Ansari.

However, one of the challenges often faced for the organization of large live events in Qatar is the availability of a venue capable of hosting the event in the best possible conditions. “The Ministry of Culture and Sports understood that and decided to open the two arenas to give a boost to the sector. By operating the two world-class arenas with the highest standards, Elan Live Nation will cover one of the main hurdles facing event organizers, hence creating the best conditions for international events to come to Qatar.”

In the pipeline, Elan has several large projects including new cinemas in the Mall of Qatar, and IMG Worlds of Adventure in Dubai. In addition, they are also venturing into movie production with EuropaCorp. “We have also recently been entrusted by the Qatari government to develop 15 new pedestrian bridges in various areas. Elan Urban will design and build the bridges, whilst Elan Media will use them to generate advertising revenue.”

According to Al Ansari, Elan Group’s diversification in industries that are “related” gives them an extended reach and allows them to be a full circle consumer experience for clients and partners. Al Ansari explains this with an example of how Elan can help a real estate developer launching a new mall: Novo Cinemas can help them attract footfall by having a multiplex as one of the anchor tenants, as Elan Events delivers entertainment to engage their visitors, and Elan Media will help them monetize their footfall through advertising. “All of this with a single partner,” he notes.

“The fact that we are backed by a strong shareholder, Qatar Development Bank, gives our partners the extra assurance about our financial stability, and our ability to deliver on large scale projects.” Al Ansari underlines how they have a very ambitious vision to become the most trusted and inspiring entertainment, urban beautification, and media group in the Middle East. And, from a human capital perspective, he strongly believes that the multitiered company’s vision can only be achieved by attracting and nurturing top talent. This, together with a strategy of joining forces with various global partners, continues to inspire Elan’s team to create interesting and innovative entertainment, urban beautification, and media experiences.

“We have also worked closely with our clients to introduce more creativity in the execution of their campaigns, which in turn enabled them to achieve greater impact from their advertising investment,” says Al Ansari. At the same time, thanks to the support of its shareholders as well as the dedication and resilience of the Elan Group team, the company today boasts of a rather solid position in the market today. “When I look back, I think of every time we lost a contract, and everyone worked so hard to get 10 new others,” Al Ansari says. “We never gave up and kept on fighting for the company’s success even when the times were hard. I think that resilience is engrained in our culture, and this is what fuels our success.”