Many of the 45th President's cabinet picks hail from the corporate world.

President Donald Trump is the first person to have been elected to the office without any prior government or military experience on his resume. Prior to his campaign, Trump traveled in the spheres of media, with his role as the host of The Apprentice, and in business, as the CEO of the Trump Organization.

As Trump’s cabinet takes shape, it’s become clear that those with experience in the corporate world will have a considerable amount of input and representation in the upcoming administration.

Name: Jared Kushner
Position: Senior advisor to the President
Experience: Kushner is married to Ivanka Trump. He runs his family’s real estate company, Kushner. Until recently, he was the publisher of The New York Observer. It was recently announced that he will be stepping down and selling his ownership stake in the newspaper to a family trust. There is a question of whether Kushner’s role in the new administration violates an anti-nepotism law passed in the 1960s. 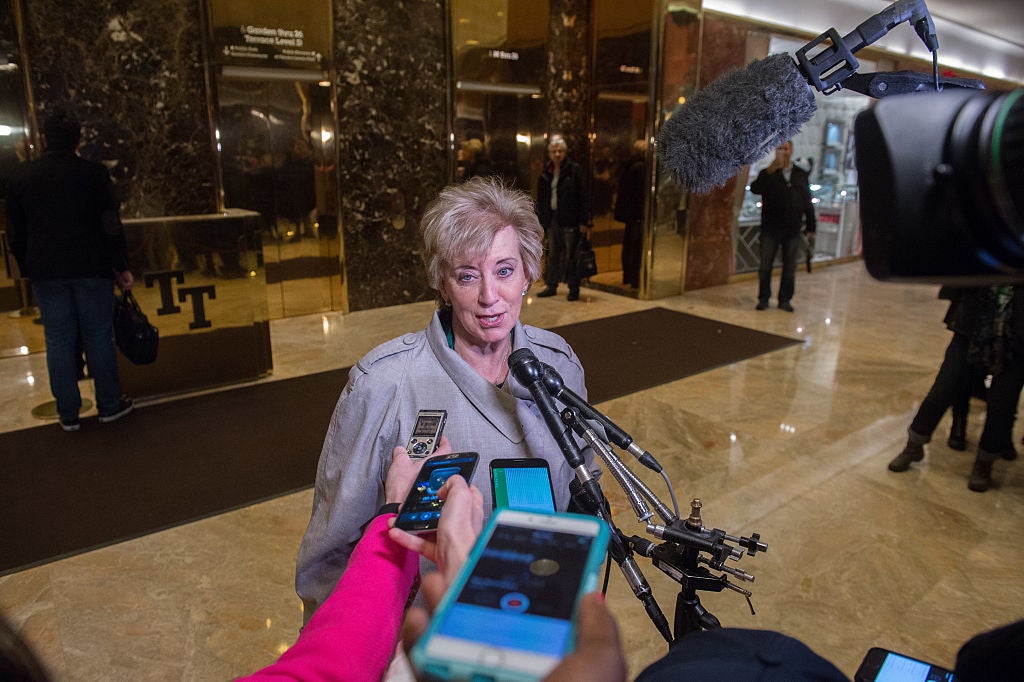 Name: Linda McMahon
Position: Administrator of the Small Business Administration (SBA)
Experience: McMahon co-founded and is the former CEO of World Wrestling Entertainment (WWE), and was a Republican Senate candidate from Connecticut in 2010 and 2012.

Name: Mike Pompeo
Position: CIA Director
Experience: Pompeo is currently a Republican congressman from Kansas’s fourth district, a role he’s held since 2011. Prior to his political career, he ran a company called Thayer Aerospace, which was sold in 2006. 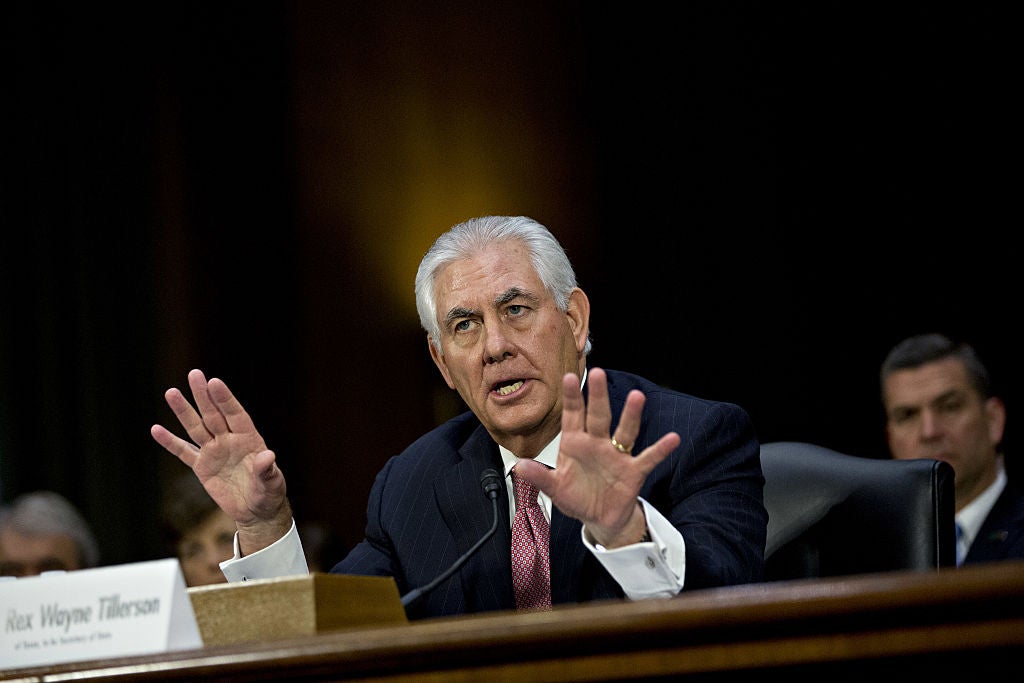 Name: Rex Tillerson
Position: Secretary of State
Experience: Tillerson has worked for oil and gas company ExxonMobil since 1975, and in 2006 he became the company’s CEO. In 2013, Tillerson received Russia’s Order of Friendship. According to The Washington Post, the award was given to Tillerson after Exxon completed a deal with Russian oil company Rosneft that involved drilling for fossil fuels in the Arctic.

Name: Steven Mnuchin
Position: Secretary of the Treasury
Experience: Mnuchin is the co-founder and CEO of Dune Capital Management. He is also the co-founder of OneWest Bank Group, which was sold in 2015. He was also a partner at Goldman Sachs, where he worked for 17 years. In recent years, Mnuchin has produced several films, including American Sniper, The Lego Movie and Suicide Squad.

Name: Wilbur Ross
Position: Secretary of Commerce
Experience: For 25 years, Ross worked at New York investment banking firm Rothschild Inc. In 2000, he founded WL Ross & Co, another investment firm, and sold it six years later, but stayed on as chief strategy officer and chairman. This summer, WL Ross & Co paid a $2.3 million fine to the Securities and Exchange Commission on charges that it didn’t properly disclose fees that the firm charged investors.

Name: Todd Ricketts
Position: Deputy secretary of commerce
Experience: Ricketts is the co-owner of the Chicago Cubs and also sat on the board of directors for TD Ameritrade. 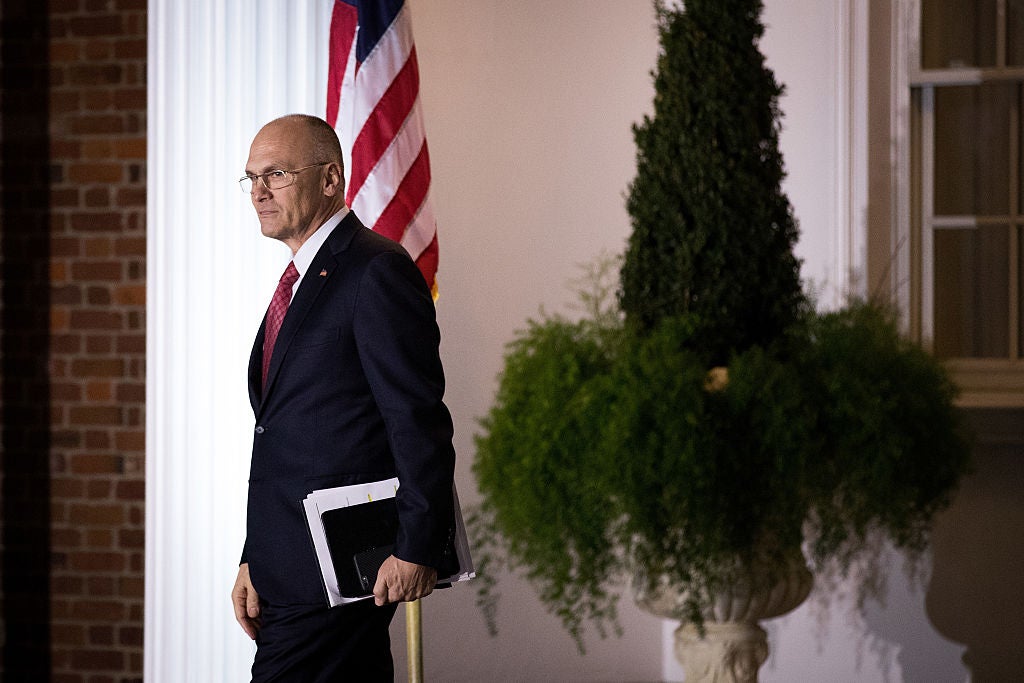 Name: Andrew Puzder
Position: Secretary of Labor
Experience: Puzder is the CEO of CKE Holdings, a position he’s held since 2000. Carl’s Jr. and Hardee’s are among the restaurant chains under the company’s auspices. In recent years, the company has been the subject of class action lawsuits dealing with the alleged unfair payment of employees.

Related: The CEO of Carl's Jr. Doesn't Care If You're Offended by the Chain's Sexy Ads

Name: David Shulkin
Position: Secretary of Veterans Affairs
Experience: Shulkin is currently the Under Secretary of Health for the U.S. Department of Veterans Affairs. Prior to that, Shulkin was the chief medical officer at Temple University Hospital in Philadelphia, president and CEO of of Beth Israel Medical Center in New York City, and president of Morristown Medical Center in New Jersey.

Name: Jay Clayton
Position: Securities and Exchange Commission Chairman
Experience: Clayton is an attorney and a partner at New York City law firm Sullivan and Cromwell. He has a background working on mergers and acquisitions as well as IPOs, such as the Alibaba Group’s in 2014. 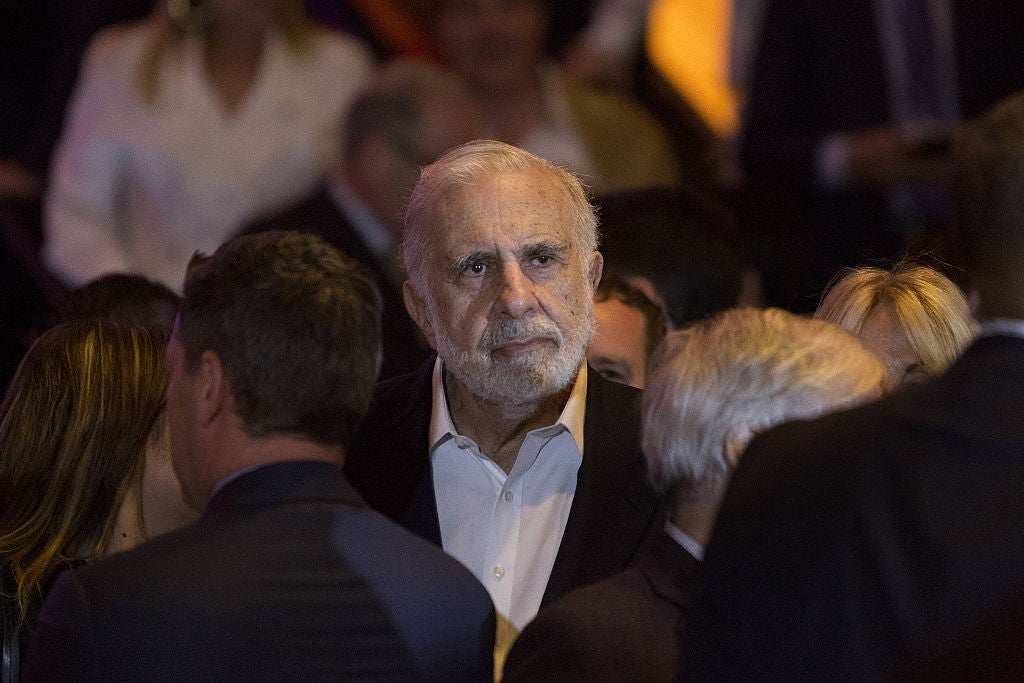 Name: Carl Icahn
Position: Special Advisor on Business Regulation
Experience: The controversial 80-year-old investor will not become a federal employee or receive a salary for his role in the administration. Icahn has held stakes in eBay, PayPal, Netflix, AIG and Cheniere Energy.

Related: For Carl Icahn, It's Splitsville With Netflix

Name: Seema Verma
Position: Administrator of the Centers for Medicare and Medicaid Services
Experience: Verma is the CEO and founder of SVC Inc., a health policy consulting firm.

Name: Dina Powell
Position: Senior counselor for economic initiatives and assistant to the president
Experience: Powell is currently the president of the Goldman Sachs Foundation and oversees the bank’s impact investing around the world.

Name: Anthony Scaramucci
Position: Advisor and liaison between the business community and the White House
Experience: Scaramucci is the founder of investment firm SkyBridge Capital and he was a vice president at Goldman Sachs.

Name: Elaine Chao
Position: Secretary of Transportation
Experience: Chao was the Secretary of Labor under George W. Bush and deputy secretary of transportation in George H.W. Bush's administration. She was the CEO and president of United Way of America from 1996 to 2001. She has been a member of Wells Fargo's board since 2011.

Name: Robert Wood “Woody” Johnson IV
Position:  U.S. ambassador to the United Kingdom
Past experience: Johnson is the owner of the New York Jets and CEO of investment firm Johnson Company Inc. He was also the National Finance Chairman for Jeb Bush’s campaign during the Republican Party primary race.

Name: Ike Perlmutter
Position: Informal advisor on veteran’s affairs
Experience: Perlmutter is the CEO of Marvel Entertainment, a position he's held since 2005. He is a veteran of the Israeli army and is known for being a very private person.