January 26, 2017
Opinions expressed by Entrepreneur contributors are their own.
You're reading Entrepreneur India, an international franchise of Entrepreneur Media.

I have witnessed tremendous innovation in the field of building and running online marketplaces.The success of platforms like Airbnb, Etsy and Fiverr have proven that the online marketplace model is very scalable, and can be applied to pretty much any area of business. After interacting with youngentrepreneurs under the mentorship program at National Entrepreneurship Network, I have seen a great level of enthusiasm among entrepreneurs in building an “Uber-for-X” or “AirBnB-for-X” startup. Notwithstanding the challenges faced by well-established marketplaces startups in India, they are even more determined to build one.

The interest is even more palpable when one sees the level of funding for projects that are part of the collaborative economy industry. The marketplace industry is ripe for an accelerated growth. As one of the top VC firms, Andreessen Horowitz, put it: “This is just the beginning.” 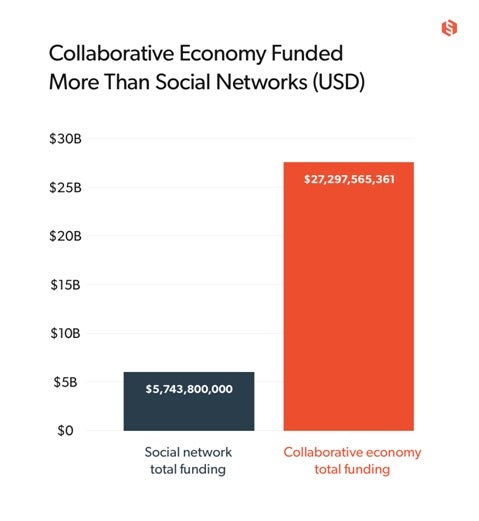 During myinteractions with a young entrepreneur, who wished to scale his peer-to-peer (P2P) onlinemarketplace for used-goods, I found that the challenges faced by P2P startups are even more pronounced than those faced by other marketplaces.Such startupsdon’t have a defined user needs to fulfil and nor do they have a strong control over the quality of listings, a key attribute in building the trust and reputation to facilitate the transactions over the platform.

Early-stage startups in the used-goods marketplace tend to focus more on having a large product assortment and less on building a niche. After researching the strategies of other well-established P2P startups in Singapore and USA, I found that those ventures had a specific target audience (TA) to begin their journey with. They focused more on showcasing the products catering to the short-term, immediate needs of their buyers and less on the long-tailed products, purchased less often.

The combination of liquidity and vertical-specific reputation offers greater value than a horizontal platform. Displaying the products that command strong purchase intent among buyers, no matter how small the TA size may be, is an important strategy to adopt. For my mentee, the focus on gadgets and household appliances reaped great benefits, registering almost 3X growth in user transactions within eight (8) weeks.

When you’re starting small, never underestimate the heightened expectations from the end users who’re transacting on your marketplace. It’s important to have good quality checks on the listings added by the consumers for such listings build the reputation of your marketplace among the users.

It's a problem faced by Odesk which had difficulties in scaling in the early days. "By focusing our efforts on attracting quality contractors and employers, we were able to step back and allow the relationships to blossom without heavy interference," says Tsatalos, CTO and Co-Founder of Odesk.

“The key to growing a marketplace is to reach a virtuous cycle: high-quality providers bring in more customers, and the growing customer base in turn attracts more providers.- Boris Wertz"

This approach may seem counter-intuitive for some startups that are typically used to pleasing end users, the buyers. But to be successful at scale, a marketplace needs good quality of supply.

It’s obvious that an early-stage venture can’t compete with the likes of OLX and Quikr in terms of reach. However, one should never underestimate the existence of other communities and groups formed elsewhere on several social media platforms. Such groups and communities can become a fertile place for you to seek a strong group of enthusiastic buyers and sellers.

To meet the needs of its burgeoning user base, Facebook launched its own marketplace in Fall 2016. In addition to Facebook, there are other social media channels that can provide a strong ‘network effects’ phenomenon for P2P marketplace entrepreneurs to leverage in the growth of their early-stage venture.

The adage "Build it, and they will come," doesn't work quite well for the P2P marketplace. I have seen startups expending significant energy and money in seeding sellers onto their platforms. However, in the absence of credible buyers, the efforts seem to go in vain.

26:1isthe ratio of buyers to sellers on the Taobao marketplace of Alibaba.com and this figure demonstrates the benefits to prospective sellers to join the listing platform. There is a trade-off in not meeting the large user needs if there are few sellers to showcase the products, but I have seem that users don’t deride the P2P marketplace just because they couldn’t see as many listings as they could on other well-established marketplaces. With a strong focus on curated listings and an effective marketing campaign for a specific TA, the young venture can still build its user base organically without worrying too much about high user attrition.

A lack of sufficient capital can’t be an impediment in improving the product experience from an end-user perspective. I created a roadmap for my mentee startup to explain the key focus areas for product team as part of their short-term game plan. I believe the slide below succinctly explains the core value propositions to be offered by an early-stage P2Pmarketplace. 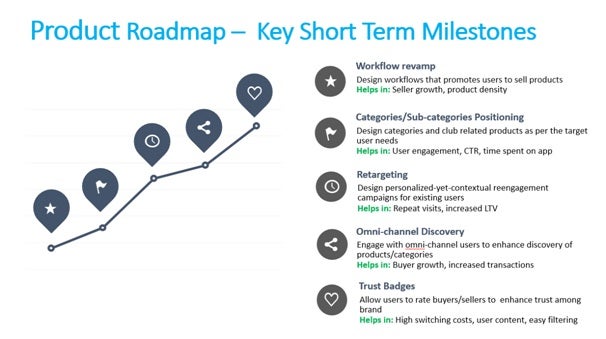 Remember, that each marketplace is unique and a tactic that worked for one company may not be the right one for yours. I believe that every marketplace has to traverse through the ebbs in its journey and the five aforementioned points above will definitely help in one way or the other to scale a P2P marketplace.

At the end of the day, growing a marketplace comes down to being scrappy, deploying growth hacks and working really hard.