The Emirati-France Business Summit organized by the Roads and Transport Authority (RTA) in collaboration with the French Business Council, was held this week in Dubai, and attracted participation of 63 Emirati and French entities. Inaugurated by H.E. Mattar Al Tayer, Director-General and Chairman of the Board of Executive Directors of the RTA, the Summit aimed to “boost public-private partnerships, nurture an investment climate conducive to the development of commercial cooperation between the RTA and the French business community in the UAE, besides bolstering the bilateral business relationships.”

RTA
A scene from the French-UAE Business Summit 2017

“The Dubai Government is keen to foster an investment climate to attract the private sector to take part in development projects and inject more investment in a variety of fields, which will serve the economic and social development in the Emirate,” Al Tayer said at the Summit. “The RTA is always keen to boost the Public-Private Partnership (PPP) and nurture an appropriate investment climate to encourage the private sector to engage in the projects to be released by the RTA in future,” he added. According to the Summit officials, the RTA has qualified 19 French companies, and these French firms have delivered contracts worth more than AED17 billion. Among these, key projects are the development of the Dubai Tram undertaken by French firm Alstom, and the Route 2020 project to extend the Red Line of Dubai Metro undertaken by Expolink Consortium. 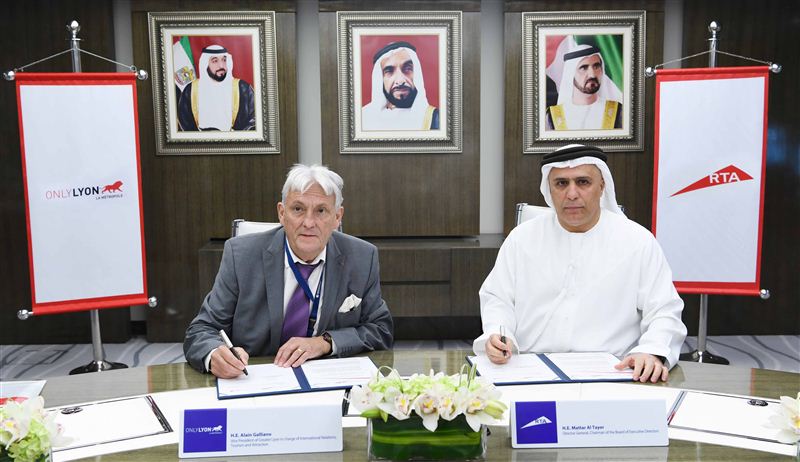 Besides keynote speeches and a panel discussion on “New Models for Alternative Finance of Transport,” the event also saw the RTA sign an MoU with Metropole de Lyon intended to “benefit from the best global practices of investment in the field of mobility.” According to a statement, the event saw presence of some of the UAE’s prominent officials including H.E. Dr. Aisha bint Butti Bin Bishr, Director General of the Smart Dubai Office, H.E. Ludovic Pouille, France’s Ambassador to the UAE, H.E. Alain Galliano, Vice President, Metropole de Lyon, H.E. Majdi Abed, Consul General of France, and HE Bruno de Reneville, President, French Business Council among others. Further, around 200 business leaders and executives belonging to enterprises based both Dubai and France were also part of the Summit.

Speaking at the event, H.E. Ludovic Pouille, France Ambassador to the UAE commended the existing relationships and cooperation between the UAE and France in various sectors, and said: “The Emirati-France Business Engagement Summit contributes to enhancing the communication and exchange of practices in current and future projects. Dubai remains a privileged destination for our companies wishing to reach a wide range of international markets, due to a common vision and openness to sustainable development, innovation and creative finance schemes.” He added that, “French expertise in the mobility field is undeniable, many companies are already involved in projects in Dubai, and I wish to thank the Dubai authorities, and especially His Excellency Mattar Al Tayer, for placing their trust in French technologies.”

Related: Five Forecasts For The MENA Investment Landscape In 2017