By Simon Hudson January 7, 2018
Opinions expressed by Entrepreneur contributors are their own.
You're reading Entrepreneur Middle East, an international franchise of Entrepreneur Media.

Like any entrepreneur, my journey started with an idea, a laptop, and heaps of enthusiasm. In 2013, I spent most evenings and weekends prototyping what I thought would be the next big thing. I believed that the platform I was building would be the next million-dollar company, and the world was just waiting for the chance to join it and become a member.

Of course, once the MVP was built, I soon realized that I would need a business plan and a five-year forecast to raise money, and become a real startup! A few months later, following some restructuring at the place I worked, I left my stable day job with a guaranteed salary, and, well, got to work at building my company, Brndstr. I started networking, lining up meetings, and hunting for someone to give me money so I could build the next Facebook- after all, I now had a MVP, and a business plan- that was all I needed, right?

Ha! That was so not the case. After 36 rejections, I finally met my future partner and investor in June that year, and after some strict due diligence and several meetings later, the deal was done- our new partners, Funsho Group, invested an initial US$600,000 into me, my idea, and my dream of becoming a successful entrepreneur. Luckily for me, the team at Funsho were more than just investors; they immediately became an extended part of the Brndstr team, and over the years, they have become like family. They helped supply the backbone to the business –which included fields like HR, legal and finance- that any startup needs in its very early stages. 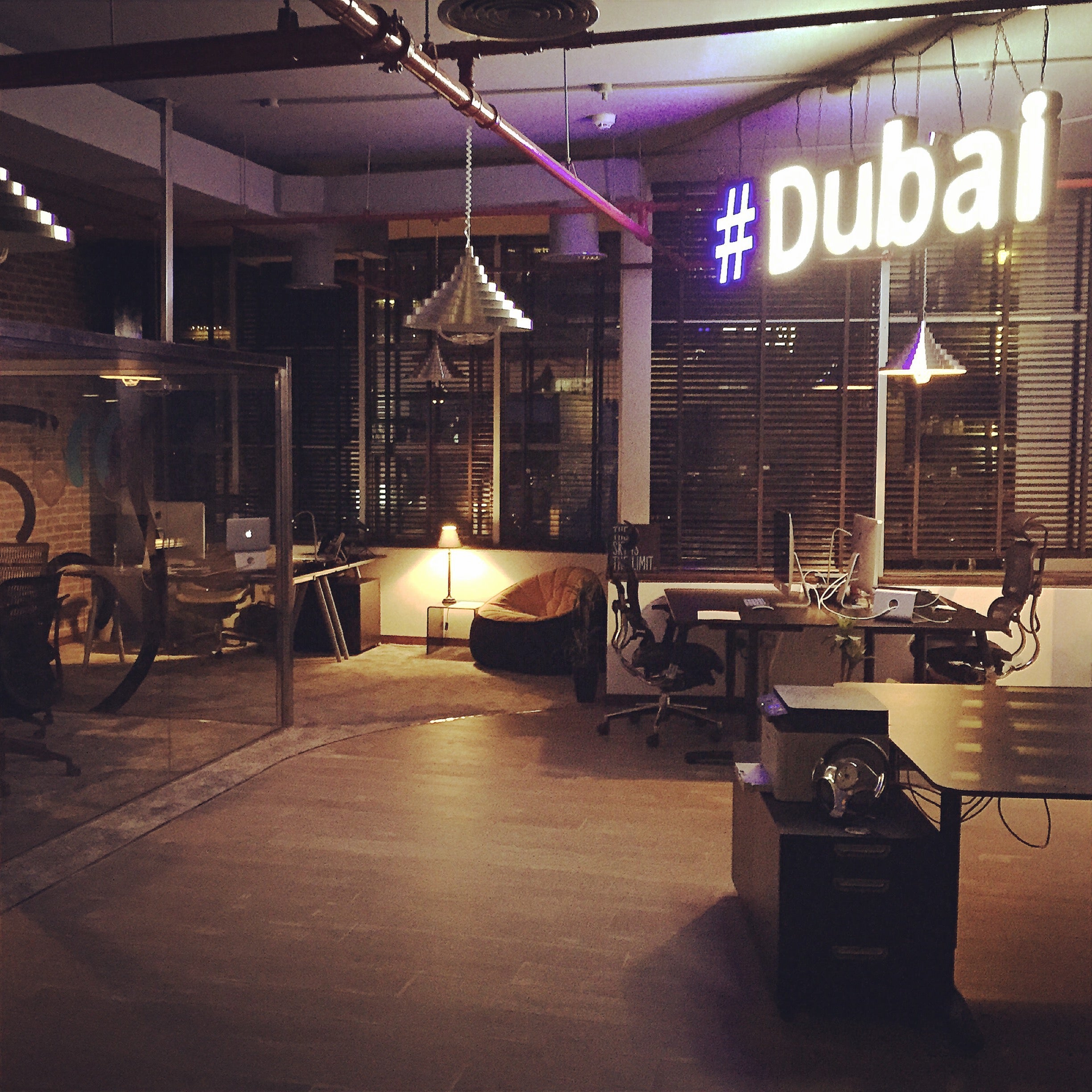 With money in the bank (and the world at my feet), I set out to build Brndstr and enter the world of business. We already had one developer who worked with us during the prototyping stage, but in order to build the complete vision, we had to hire. Turning to Nabbesh, LinkedIn and 99 Designs, we found and hired our initial dream team. Between the five of us, within a small room of the Funsho Head office, version 1 of the Brndstr platform was built. On December 12, 2013, just two months after our official launch, we signed our first client, and ran our first campaign.

This project was with Virgin Megastore, and the campaign saw customers given a flier with every purchase, and on it was a code that they entered into brndstr.com, along with a task they had to complete. And by doing so, they unlocked a free pair of headphones for themselves. The good news was that the product worked flawlessly and looked amazing- however, we made the first fundamental mistake that most startups make: we focused too hard on finishing the platform, rather than aiming for a superior user experience.

However, using the same business model, we continued to sign a few other clients, but it was clear that we needed to revisit the product. It was during a trip I took to the global Startup Grind event in San Francisco the following February where the penny dropped. We ran a similar campaign where a user entered a code into Brndstr, completed a task, but this time, they unlocked a free Starbucks coffee. Yeah, a free coffee- surely, everyone was going to enter the code? Wrong. A total of 15 coffees were redeemed in a five-day period- which basically meant that I was having three free coffees a day (and was completely wired)!

On my return to Dubai, we had an all-hands (10 in total) meeting, and we looked at how we could tweak the product to reduce its barrier to entry. The solution we came with was to integrate our tech directly into Twitter, meaning a user simply had to retweet a message to unlock a reward. Using Brndstr technology, we instantly replied to the user with a voucher or reward that they redeemed directly in the feed. We took this new offering to market, and it was instantly a hit. We helped Uber let their audience unlock a free ride and launch in new markets, we helped McDonald’s give away free Egg McMuffins for National Breakfast day, and we helped Infiniti customers book a test drive, all by simply retweeting a message.

For the next two years, Brndstr would run over 160 campaigns in five countries just on Twitter alone. In 2016, now with a head count of 12, flashy new offices, and a further $1 million in funding came a change in our business offering. That year saw the introduction of the chatbot to social media- luckily for us, we already had the technology, and had spent a few months adapting the core system to allow automation via private message, rather than a public feed. We also expanded the product to include Facebook Messenger. At the start of 2017, we changed our positioning to simply be that we “build bots for brands,” and since then, we have built chatbots for British Airways, Huawei, Volkswagen, and most recently, powered the My Downtown Dubai New Year’s chatbot on Twitter.

So, what did I learn throughout this exciting journey? Firstly, it is not to get too attached to what you build. When you see the company grow from nothing to a team of over 10, it is hard to delegate. It is also normal for people to come and go, although your startup might have been your world- for others, it is just a job or a career. It’s okay for people to leave- but that doesn’t mean you have to do everything yourself. For the first few years, I struggled to hand over roles to others, but when I did, the company grew. So, the first lesson is: delegate to others. 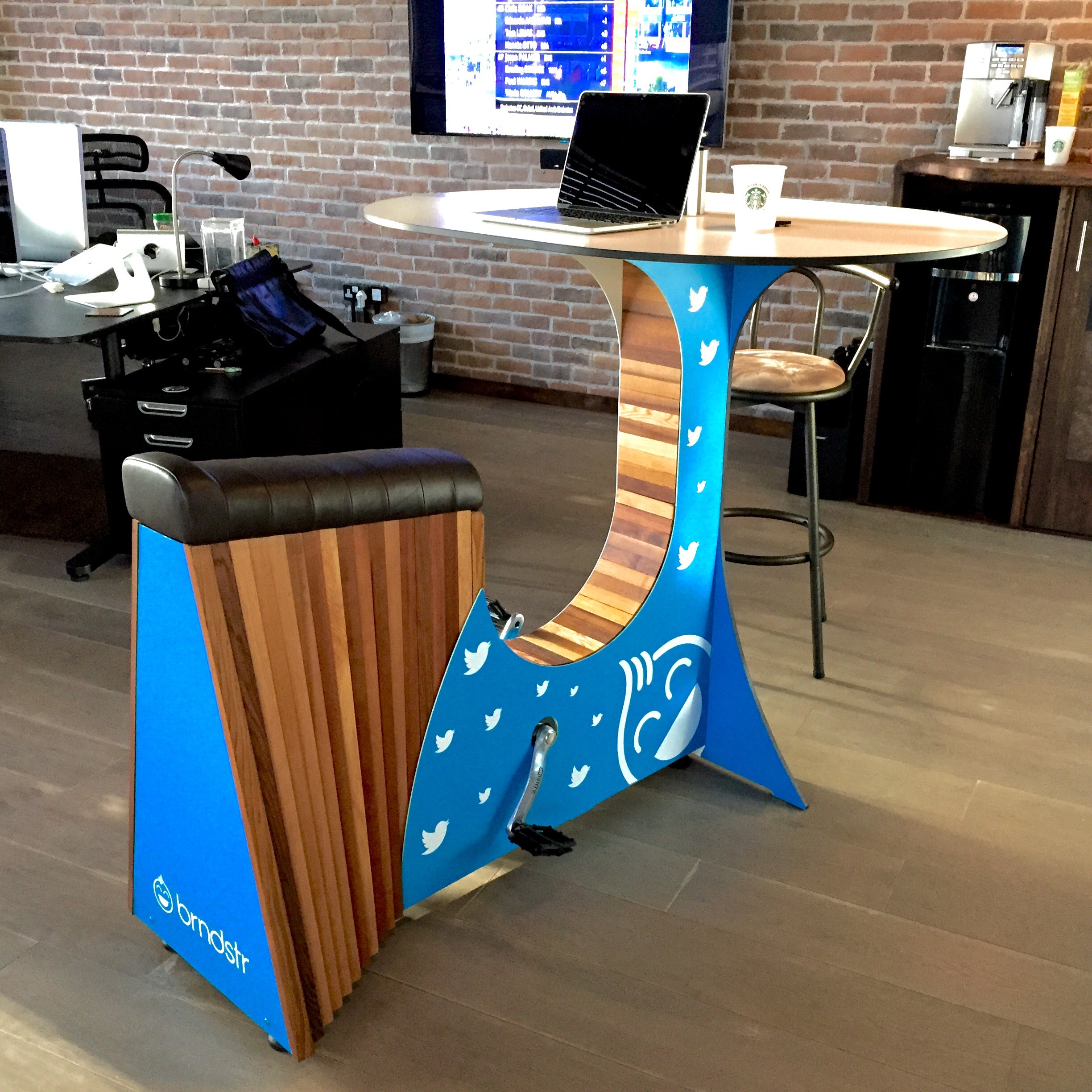 Secondly, people don’t really care about your platform- yes, you may live and breathe the brand or product, but unless you solve a problem, you are of no use to anyone. Knowing when to change and adapt is key to success. Our initial offering basically sucked- it wasn’t until we solved a need for brands and agencies to manage or run campaigns directly in Twitter that we started making money. Build it and they will come does not apply to technology. So, my second lesson for all you entrepreneurs is: pivot where needed.

Lastly, it is vital to stay focused. When you start a business, and are building solutions from scratch, it is very easy to get distracted. If a new technology came along, or a competitor arrived in the market, I would, without knowing it, add new features to the platform, and thus change the development focus to meet what I thought was in demand. Doing so only disrupted the staff, and caused a negative effect. The moment we stayed on track, and focused on “building bots for brands” was when the company started to see real results, and grew in directions we had not known were possible before. So, the third lesson I learned is: stay focused.

Related: Why Investing Time (Not Just Money) Is Essential For Your Startup

The last four years I have spent at Brndstr have been the best and the hardest of my life to date, but now, I feel it is time to hand over the keys to the empire, so that a new executive team can help grow the business both here in the UAE and internationally. December 31, 2017 was my last day as the company’s CEO, and while I have stepped down from Brnstr’s day-to-day operations, I will still be heavily involved as its Founding Partner, and assist the new executive team with the transition as well.

For any wannabe entrepreneur out there who’s thinking about going it alone, my advice would be: do it! It will be hard, but you will never look back. I have been lucky enough to not only work with but meet some amazing people along the way, and after four years as the captain of the ship, I know I can tackle any high seas the business world may throw at me in the future.

Good luck, my fellow ‘treps, and I look forward to updating you on what the next chapter holds for me in my entrepreneurial journey.

Related: 10 Things You Should Know Before Uprooting Your Life To Become An Entrepreneur