Focused On Impact: Deliveroo Co-Founder And CEO Will Shu

How long have you gone about with a potential new business idea in your head? In the case of Deliveroo co-founder and CEO Will Shu, the period between his identification of a particular problem waiting to be solved to the actual launch of his enterprise took about nine years. That’s right: the UK-headquartered online food delivery company may have launched only in 2013, but Shu remembers recognizing a gap in the food delivery space way back in 2004, when he had just moved to London from New York in his then role as an investment banking analyst at Morgan Stanley. As a newcomer to the city, Shu was annoyed by the lack of food delivery options, and at the same time, when he did find a restaurant that sent food out, the actual timing when he’d receive his order could never be predicted- the customer experience he was getting was, to put it quite simply, horrible.

“After a week, I was, like, what is going on here?,” Shu remembers. “And people were, like, it’s just the way it is. And, you know, I had a job [then], so I didn’t do anything about it.” Now, if Shu had stayed on with this particular mindset, then perhaps Deliveroo –which is, today, one of Europe’s most successful tech startups, boasting of a cool US$2 billion valuation, and a presence in 200 cities around the globe- would probably have never come to be. But -thankfully- while it did take quite some time, Shu did end up doing something about the food delivery issue he had spotted, and the rest, as the cliché goes, is history. I met Shu in Dubai in late November, which was shortly after the company had announced raising a total of $482 million as part of its Series F round, and the American entrepreneur was understandably buoyant about his company’s achievements in 2017.

Besides its wins in the fundraising space, the last year also saw Deliveroo launch its Deliveroo Editions concept, which Shu believes is going to be a major part of the company’s business in the time to come. Editions are essentially spaces run by Deliveroo that allow for selected F&B establishments to operate kitchens from, with the food being prepared at these sites made solely for delivery orders. With Editions, restaurateurs get to run their kitchens at locations they weren’t servicing earlier, and given that these spaces are run by Deliveroo, they don’t need to worry about rent and other such factors- their sole focus will be on creating dishes that customers will be satisfied by. As for Deliveroo, Editions is an extension of its premise to “bring you the food you love, right to your door,” with the company using its data and insights to identify everything from cuisines missing in a particular neighborhood to the expected demand for a particular F&B establishment’s offerings.

“We think about the world in regard to the customer,” Shu explains. “It’s always [about] price, selection, service. Selection is paramount, because food is not a commodity- well, it is, from a macro level; on a micro level, I would say it’s highly emotional. You want the best burger you can have- you don’t want just any burger. And so the ability to offer our customers what this creative class of chefs come up with [is great], (and that’s only available on Deliveroo)- because we built these kitchens for [our] people. That’s the number one reason- that’s selection. Number two is actually service level- [at Editions,] service levels are about five minutes faster per delivery, because there is no front of house- everything’s streamlined towards delivery. And I would say, thirdly, it’s around thinking long-term about price. If you think about the restaurant margin structure, it’s very differentin an Editions kitchen, you don’t have a front of house, and [as for] the real estate that is ultimately rented, you don’t have to care if it’s the highest footfall area.”

As a result, prices too can come down- since many of the overheads that often stress restaurateurs out will now be taken care of by Deliveroo. Deliveroo Editions launched in Dubai in October last year, with its first site in the Jumeirah Lakes Towers neighborhood of the city housing kitchens for popular restaurants like Joga, Fraiche, Burger and Lobster, Clinton St. Baking Company, and others. A second Editions site is being planned to open in the Emirate in 2018, and even as it gets rolled out across cities around the world, Shu says that Deliveroo’s latest funding round will help further build out the concept, which should give the rest of us an indication of the company’s belief in this new arm of the online food delivery enterprise. “I think Editions is a huge part of our business that sits alongside our core business,” Shu says.

“We’re building a huge number of tools for the people in Editions, the restaurateurs. It’s not just, like, hey, this is cheaper real estate, you don’t need a front of house- we are building kitchen management technology, supply chain management technology, and labor management technology… We want to give our partners the tools to succeed the same way Amazon gives its vendors tools to succeed as well. We’ve begun looking a lot into robotics as well- how do we augment existing labor in restaurants to make it more efficient, are there things we can do to automate certain processes… At the end of the day, I think about chefs as a wellspring of creative talent. I think of them as software developers- over time, I see recipes being more like software, in a very long timeframe.”

Shu’s vision of the future may take a while to be realized, but Deliveroo does look to be well on its way to preparing itself for the increased scale of operations it predicts for the years to come. Indeed, the company’s mastery of scale has been one of the key factors that has enabled it to be the enterprise it is today- its management prowess can be seen in Deliveroo’s fleet of over 35,000 freelance riders around the globe, which allow it to promise its customers that their orders will reach them “in an average of 32 minutes.” But with the company growing as massively as it has, how has Shu managed to maintain Deliveroo standards to the exacting levels he set it up with? “Two ways,” Shu replies. “One is that you need to hire the right people. And that’s really, really hard, because our teams are dispersed, and communicating with the teams become harder and harder. But technology can help a lot on that- we use a tool called Workplace that Facebook built, and I feel like now I understand what every market is thinking, kind of head to the ground, which is important. The second is our own technology- we have a team of data scientists everyday trying to figure out how we reduce delivery times to the customer, how to reduce the prep time in the kitchens, etc. And all of this stuff, three years ago, was pretty much done manually- now it’s just a machine running, it’s machine learning. So, the models all re-train themselves every single day, which is great.” 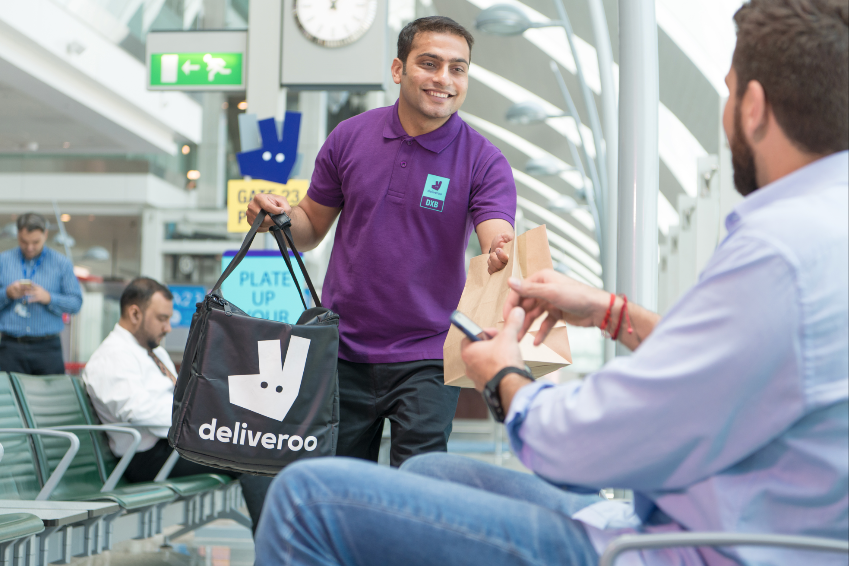 At the same time, Shu has a personal trick up his sleeve too- in Deliveroo’s early days, he used to personally deliver orders to customers, and this is something he still does from time to time. Shu says that he uses his bicycle to make deliveries around the neighborhood he lives in, which, besides helping him with his personal fitness goals, also allows him to talk to restaurants and riders in the area. “It’s not representative of the entire company, but when we roll our new initiatives to restaurants or riders in my neighborhood, there’s going to be at least a couple hundred people working with Deliveroo, and so, I get a pretty good color [of the situation].”

For Shu, making such deliveries is also a good throwback to one of his best ever moments at Deliveroo. “In the very beginning, my first few customers were just my friends- I used to call them every day, and tell them to order food,” Shu remembers. “They ordered it because they thought it was funny that I would deliver it. But then I realized that they just kept ordering, without me prompting them- so that was [a] really happy [day for me].” As for today, Shu drives his happiness from the impact he’s seen his business makes around the world. “Expanding into all these countries was really, really, really awesome,” he says. “And just seeing how the cohort of customers here [in Dubai, for instance] behave no different than the ones in London, that it is a global phenomenon, that we are really solving a problem that resonates with everyone in different cultures- I think that part’s really cool… On a personal level, visiting all these different offices [of Deliveroo], and meeting people from different backgrounds focused on the same mission is really, really awesome. Can’t stress that enough- that part’s great.”

Given how Shu is driven by the impact his enterprise delivers, it should then come as no surprise as to what headlines his advice for other entrepreneurs. “My number one tip I always give is: do something that you actually, really care about,” Shu says. “I started this business I’ve been thinking about since 2004, the second I landed in London- I didn’t just start a company for the hell of it. I don’t think that’s a good idea. It needs to be something that you’re really passionate about, it needs to resonate with you personally- or, you’re a veteran in an industry, and you understand certain inefficiencies, and you can say, hey, I want to do this better. But I wouldn’t recommend, hey, let’s just start a company for the hell of it. Because it won’t work- if you don’t care.”

Related: Going Deep On Food Tech: A Look At Digital Disruption In The Food Industry