By Tamara Pupic February 4, 2018
Opinions expressed by Entrepreneur contributors are their own.
You're reading Entrepreneur Middle East, an international franchise of Entrepreneur Media.

Being a pioneer means leaving tradition, taking risks, and being patient along the way- especially in the augmented and virtual reality space. However, for Dany El Eid, founder and CEO of Pixelbug, a AR/ VR tech startup founded in Dubai in 2012, staying calm and quiet, while making a trail in this industry has been a challenge more often than not. “I didn’t choose to be an entrepreneur,” he admits. “Entrepreneurship chose me, but I wish I had known how difficult it would be. Not that I ever imagined that it would be easy, but I also didn’t think it would require so much patience. The learning curve and adrenaline rush one gets from being an entrepreneur is incomparable. However, this truly is a marathon, not a race, so it is important not to compare yourself to others.”

Committed to his own journey and trajectory despite the hardships, El Eid first became known after releasing Colorbug, a family-oriented AR edutainment app that brings characters in coloring books to life, in May 2015. However, even before that, he had already had a few wins under his belt, such as introducing viable commercial AR applications for multinationals, including P&G, Nestle, Lego, and Atlantis, or working with Dubai Properties, a Dubai-based real estate master developer to create a virtual reality tour of the company’s Bellevue Towers, to name but a few. Yet, recent years have brought other notable achievements. In a bid to capture a larger market share with more cost-efficient options for companies with smaller budgets, Pixelbug, at the beginning of last year, devised an innovative business model, a hybrid of subscription and premium services. It helped them also attract international investors and land high profile long-term contracts.

At the same time, the Pixelbug team was selected to join Boost VC, the world’s leading AR/VR accelerator that is managed by Tim and Adam Draper, tech investors who have desirable stakes in companies like Tesla, SpaceX, Skype and Baidu. While taking part in Boost VC’s four-month acceleration program in Silicon Valley, El Eid also got invited to participate in the Venture Out program in New York. “This gave us access to the advertising and media giants on the East coast,” he says. “This was a major achievement for us since it exposed us to the fast-paced mindsets of the Valley and the Big Apple. As a result, we have built a network of top tier VCs from both the East and West Coasts.” 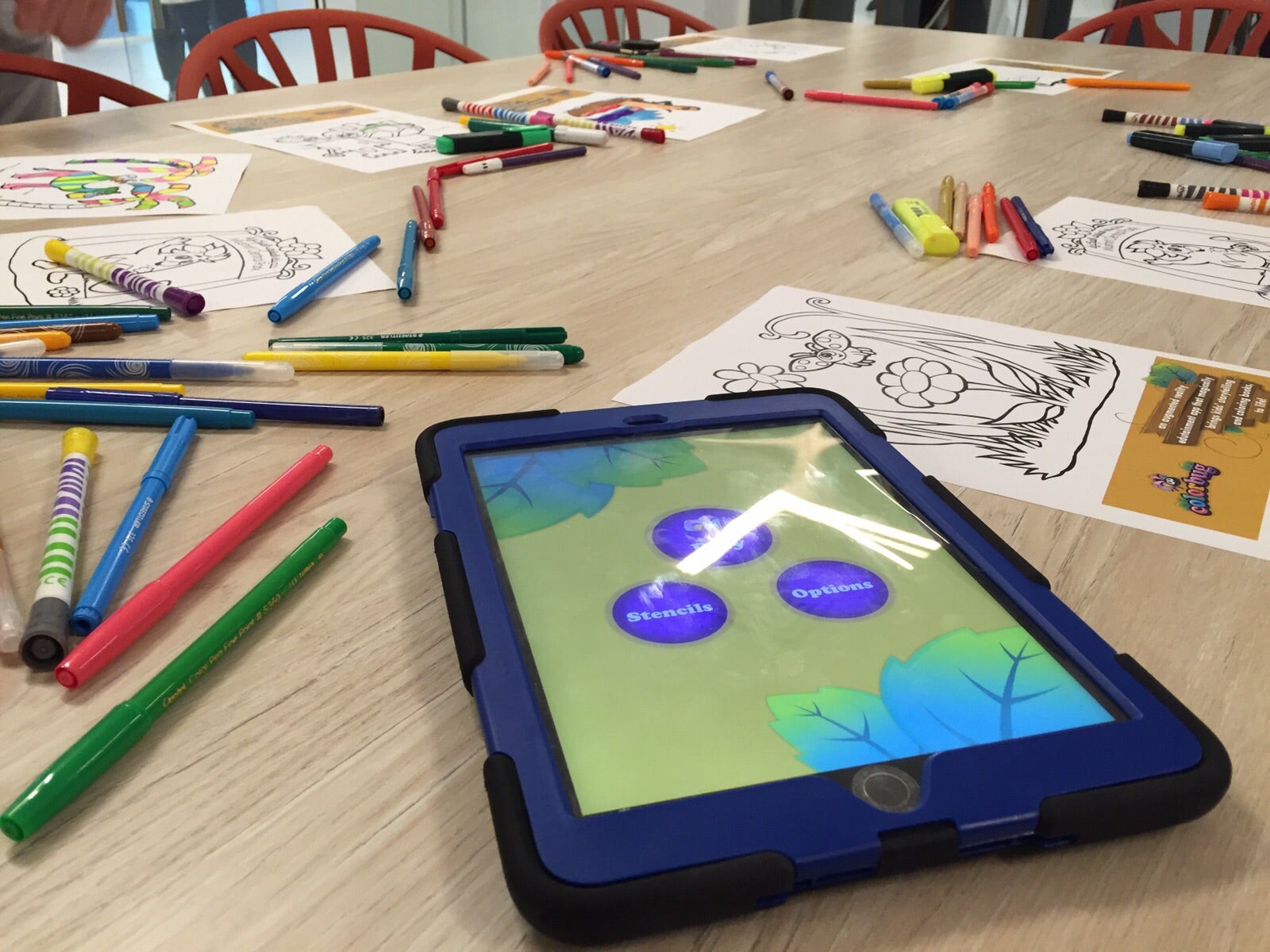 The Colorbug App. Image credit: Pixelbug.
Furthermore, the big success came shortly after, in the summer of 2017, when Pixelbug won the contract to become the mixed reality provider for Expo 2020. “I’m really proud of landing the Expo 2020 contract. Having a key role in the success of this historical project is one of those accomplishments that will be remembered as our legacy,” El Eid says. With 2017 having been an explosive year for AR and VR, El Eid expects 2018 to be even more exciting. “We’ve always been more focused on augmented reality, because I knew early on that it would be more scalable, since AR experiences can be consumed via smartphones that everyone already owns. In contrast, VR requires additional hardware that can be costly for mainstream adoption. Virtual reality is effective in certain use cases, like trade shows and education, but mainstream adoption will come from AR. We’re already seeing convergence between AR and VR into what’s called mixed reality (MR) or extended reality (XR). We’re seeing the space fuse with other AI technologies, such as natural language processing (NLP) and machine learning, to make the human-machine interactions more compelling to users.”

While he plans to continue his business development efforts in the region, making Pixelbug’s presence in North America more permanent is on top of his agenda for 2018, all in order to access larger investments and stronger talent. This statement might give a window into his past struggles with raising funds in the region, yet El Eid doesn’t seem to have had any. Starting Pixelbug with his own funds, he managed to capture lucrative contracts early on due to being a first mover in the AR/ VR space. The capital was reinvested in the business, allowing the Pixelbug team to forego seeking external investors for several years. Before long, the technology started maturing and with it came aspiring new entrants, leading El Eid to double down on building their own B2B and B2C digital products to scale faster, and position the company as a cost leader as well. This strategy allowed him to close a seed round last year from leading regional and international investors. At this point, however, El Eid opens up on his current challenges, which finally explains the company’s plans to seek its base in other parts of the world. “Unfortunately, most international investors are still highly cynical of the Middle East, and very few actually pay attention to the region at all,” he says.

“It is very stigmatized. Most will demand that you have a permanent presence in North America to pursue discussions. On the other hand, entrepreneurs from this region are plagued with investors who often have a clique mentality due to how small the ecosystem is. Most VCs remain highly risk averse which makes them behave more like PE firms. A stark contrast to the early stage VCs in the US. For example, the recent acquisitions of Souq and JadoPado should have signaled the move towards untapped exponential technologies like AI, AR/ VR, robotics, or blockchain. Yet, due to the region’s herd mentality, we still witness way too much money flowing towards online e-commerce portals or Uber-ized ‘me too’ products. Recently, I saw a Saudi firm invest in a portal selling perfume, an ancient dot com era type of investment. This might be due to the fact that VCs are fund managers who need to answer to their LPs and GPs, just like startups have to answer to their board members. The fact of the matter is that the regional ecosystem is still very nascent, trying to find its footing in an increasingly fast paced world, and home to a market with inhospitable business conditions still running on archaic trade laws. Dubai is the only beacon of hope in the region, but despite its best efforts to alter the region’s perception, it remains too small a market to be taken seriously by international investors.”

Dubai setting the example for others to follow is the reason why most Arab entrepreneurs flock to the Emirate to get a chance at a secure future, he explains, citing a MAGNiTT report which noted over 40% of MENA startups are actually based in the city. Nevertheless, setting up in Dubai has its own challenges, El Eid adds: “Cost of doing business here remains highly prohibitive, and time to setup is still long. Policies are outdated, and have yet to catch up with the rise of tech startups. It no longer makes sense to keep an office lease tied to the number of visas and license renewal, when most startups operate under a remote structure. Companies working under the knowledge and shared economy should be able to choose whether they opt for office space, and that decision should not affect the renewal of its commercial license, or how many visas are allocated, especially with the introduction of VAT.” But regardless of the red tape or other problems, El Eid points out that overcoming such hurdles is up to one’s entrepreneurial skills- a good entrepreneur will recognize mistakes, but a great entrepreneur will quickly act on feedback to course correct. “One thing to quickly learn as an entrepreneur is that mistakes will happen, whether you like it or not,” he says, advising those who are just starting out. “I’ve had many misses, some more critical than others. From choosing inadequate co-founders, paying attention to distractions, focusing too much on fundraising, and saying yes when I should have said no more often than not. However, the important thing is to focus on successes, no matter how small, to stay motivated. Frankly, one of my biggest successes is having the privilege of working with some very smart people whom I learn a lot from. Another is attracting great partners and founder-friendly investors, who keep me motivated and accountable.” 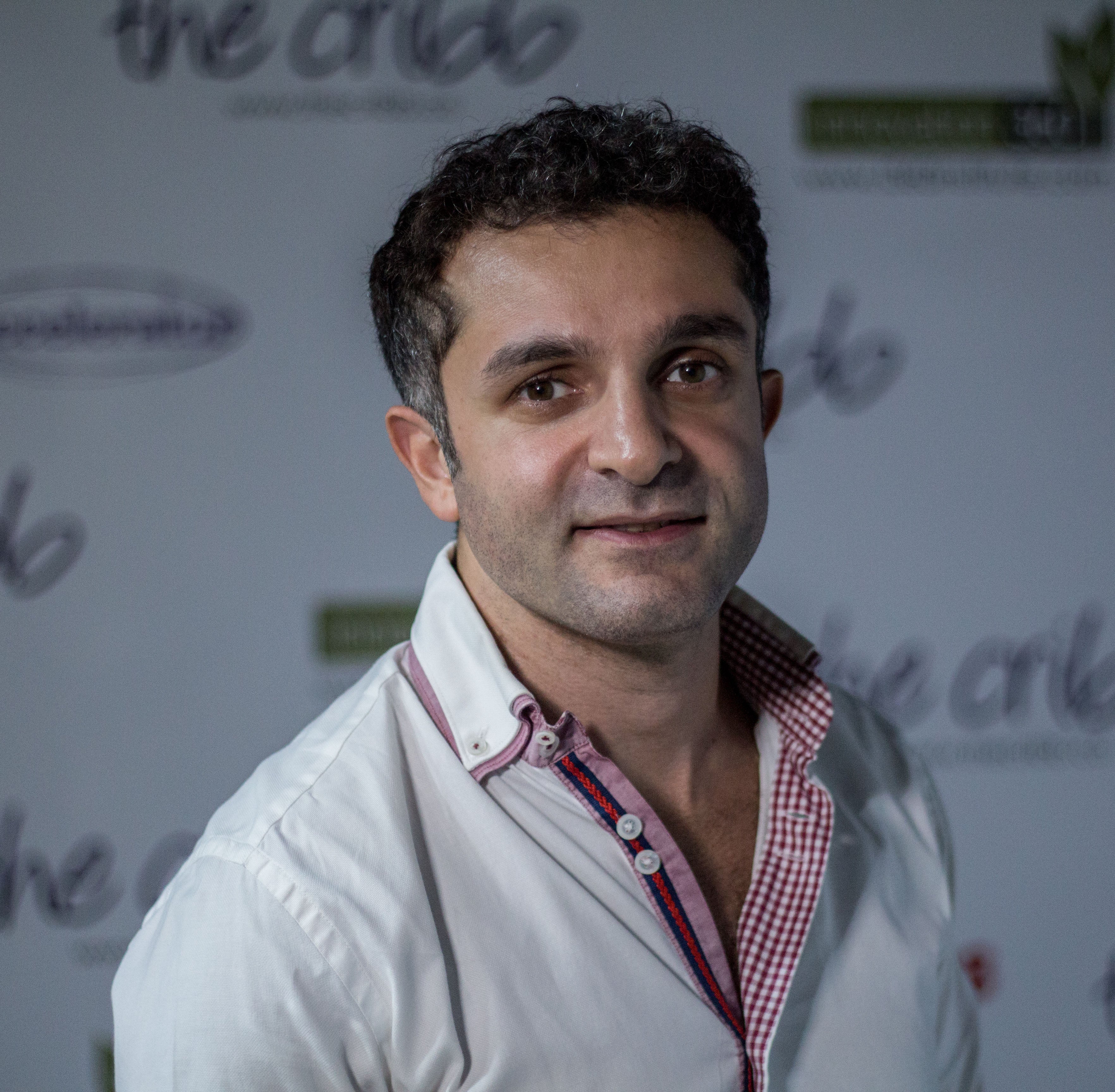 ‘TREP TALK
Three tips for entrepreneurs from Dany El Eid
1. Raising funds is good, but generating revenue is better
Focus on getting business and generating revenue, so you can hold off from needing VC money. This not only validates your product and market strategy, but also gets you close to your customers, who are most important.”

2. Start local, think global
“Use the region as a testing ground, and set up abroad, either North America or Asia, as quickly as you can. Unless, of course, you’re a localized ‘me too’ service or product. However, if that is the case, keep in mind that your market will remain small, relatively speaking. Not that one is better than the other, simply depends on one’s vision and objectives.”

3. Remember what they say about opinions?
“Avoid opinion overload, and stick to your guns. Have confidence in your vision, your purpose, and your capabilities.”