The Definitive Guide to Licensing: When You Get a Great Idea, What Do You Do Next?

An entrepreneur who sees somebody's good idea get licensed once a week tells you exactly how to pursue your own good idea.

By Stephen Key March 14, 2018
Opinions expressed by Entrepreneur contributors are their own.

Stephen Key is an expert on licensing consumer-product ideas. His book about inventing, One Simple Idea, has been translated into six languages. Through inventRight, the coaching program Key cofounded in 1999, he's helped product developers from 58 countries apply his strategies for bringing products to market.

It's really exciting to come up with a new idea. The thought of other people purchasing and using your invention is overwhelming. And, seeing your products in retail stores and on television gives you an even more amazing feeling. I know; it's happened to me many times, and I wouldn't trade that kind of gratification for anything.

But an idea is one thing; bringing it to market is another. How do you go from a sketch on a napkin to seeing your product on stores shelves? How do you get started, and whose advice do you trust?

What's more, you face important choices because there is no shortage of ways to bring a product to market today. And, for most people, taking that first step is daunting -- which is understandable. So, please! Take a deep breath!

Related: Licensing Another Brand's Name Could Help Your Company Grow

Then, listen to my advice, because inventing/licensing is my balliwick: As a lifelong entrepreneur, I've sold my inventions at art fairs and on street corners and in my own retail store. Later, after discovering that it was possible to license ideas, I did that for decades. And along the way, I learned what it takes to build and grow a successful small company.

That's why you can trust me: So, my first tip for new inventors is that, at the beginning, only one thing is important, and that's determining whether your idea is marketable. Some people will tell you: "You must protect that idea! File a patent!" But you should ignore them.

Instead, what's more important is affirming your idea's marketability. If you skip that step, you could easily end up spending tens of thousands of dollars and years working on an idea that will never see its day in the market.

What does it mean to license an idea?

Licensing is far easier and less risky than starting a business. I know, because I've dedicated the past 20 years to helping other people license their ideas. And, at inventors' groups around the country, I hear the same horror stories over and over. It doesn't have to be that way.

Related: How Licensing-'in' a Brand Can Wildly Grow Your Product Business

Here, then, are the basics: When you license an idea, you're essentially renting it out to someone else. In an ideal scenario, the company that licenses your idea has all the crucial resources you lack -- shelf space, manufacturing capabilities, relationships with distributors and a marketing budget. In other words, your licensee is your perfect partner. 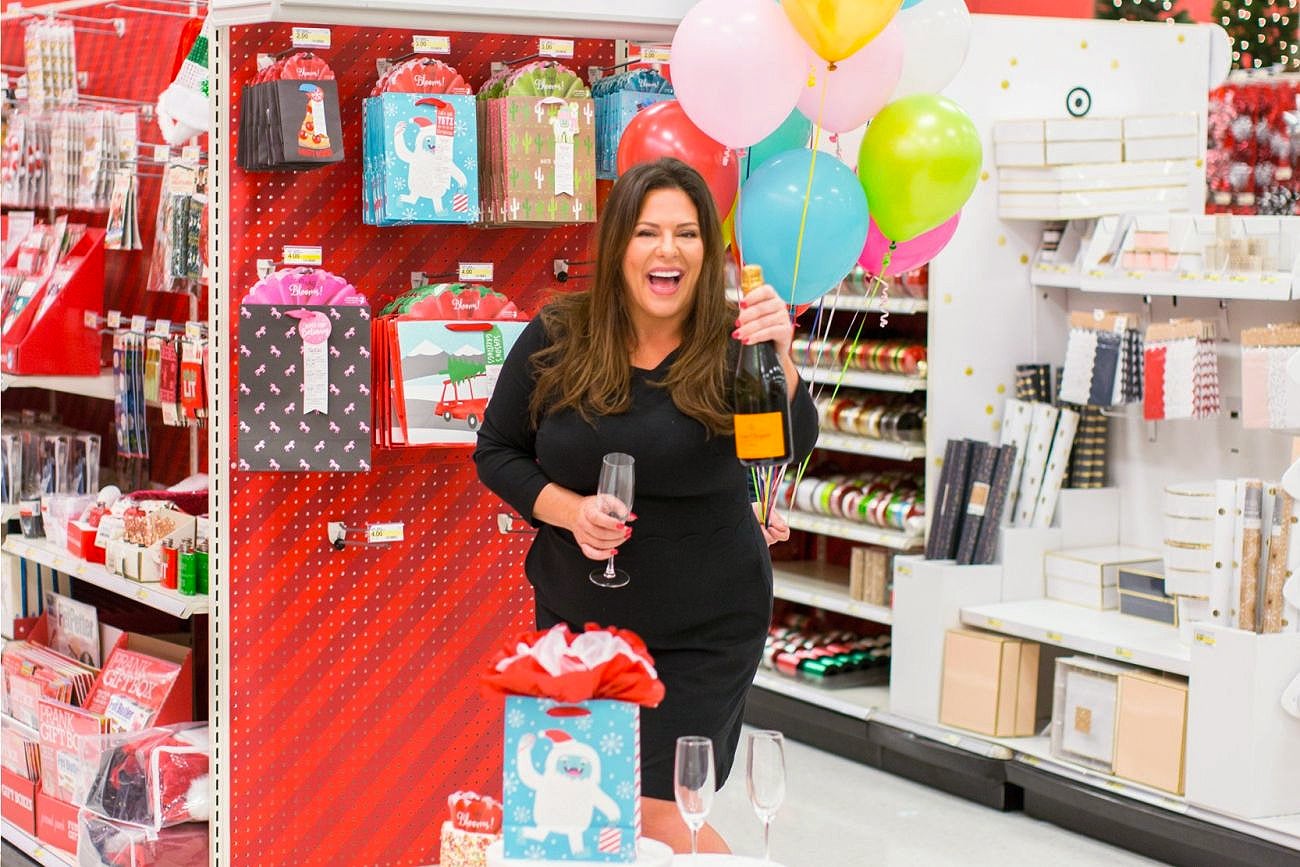 Along the way, don't confuse licensing with venturing a product, which means that you take on all of the responsibilities involved from concept to retail. With venturing, you're starting a business.

In contrast, licensing is just renting out an idea, as I said above. And the simple process I've developed for licensing ideas, which I wrote about in my book One Simple Idea, does not require that you have a perfect works-like, looks-like prototype. You don't need a patent, either.

Related: Is Your Product Idea Right for Licensing? How to Tell

Some ideas -- such as those that are very new -- are not good candidates for licensing. But, for most simple consumer product ideas, I think licensing is hands-down the business model to pursue for one reason major reason: speed to market.

Why licensing is gaining popularity

These days, as a cofounder of inventRight, I see a new product licensed about once a week. Companies are opening their doors to licensing because it's more efficient and cost-effective to work with outside product developers. And, after all, managing a business may not be a good fit for you if, say, you're more the creative type.

Further, not every idea should become a business. And, what if you have a lot of ideas? There's no way you can start that number of businesses. So, get someone else to do it for you -- and still make money.

Which brings us back to marketability. What you need to know about bringing a product to market is that it's not about patents and it's not about prototypes. It's about selling the benefit of your idea first. Not the product itself.

Because, if you cannot sell the benefits, why bother with everything else? That's my hack. Product development that's based on a patent and a prototype is outdated. And, frankly, that kind of product development never worked that well to begin with.

How do you sell the benefits of your idea?

Most marketable products solve problems and/or address people's needs. Before you move forward, you must understand how your idea measures up to other products like it. Is the benefit of your idea strong enough to compete? Because you absolutely need a point of difference. And, the only way to find out is to study the market.

The steps to take to license your idea

Your first step will be to search Google Images. Is your idea actually unique? I can't tell you how many times I've heard someone say he or she has a unique idea -- only to find that exact same thing when the would-be inventor used Google Image search ten minutes later.

Your second step will be to study the products that are similar to your idea. 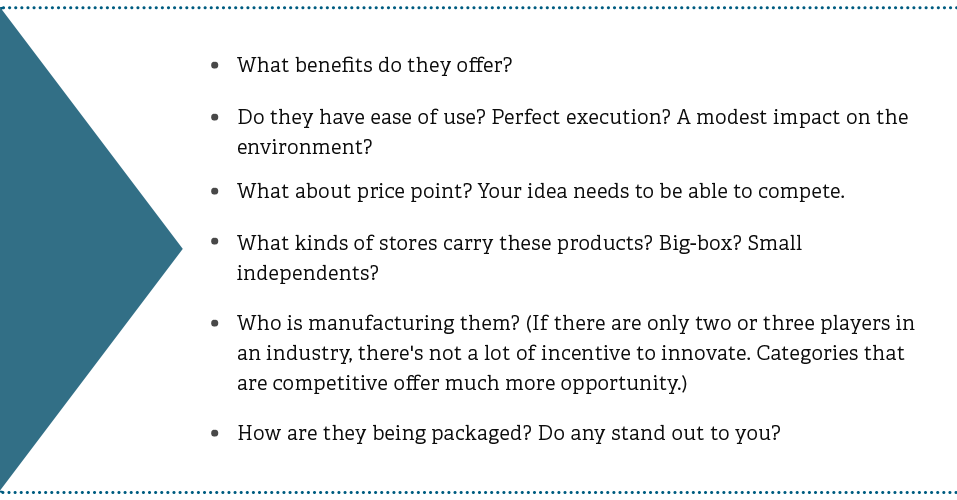 If there's no product like yours out there, be immediately wary, because what you're envisioning simply might not be needed. In fact, finding similar products is actually a good thing. But you still need a point of difference.

Your third step is to visit retail stores in person and read product reviews on Amazon for further insight. Physically checking out store shelves can help you quickly answer important questions, like how large the category is.

Pro tip: Visit brick and mortar outlets during their slow times. When you do, ask a manager or salesperson what products sell best, and why. You can learn a lot about why people purchase particular products and what's trending. Trade shows are another great opportunity to study the market. Trade magazines often write about new product launches and industrywide problems.

Related: 5 Tips for Creatives to Profitably License Their Work

Take a lot of notes during your research, because the information you gather during this stage is critical.

Next, look for patents that are similar or the same as your product idea. I prefer using the search engine Google Patents. Please be aware: You will find similar patents! I guarantee it. So, don't obsess about finding them all, because that's impossible -- and a waste of your time. You're trying to understand the landscape of innovation as it relates to your idea. It's hard to invent for the future when you're unfamiliar with the past. 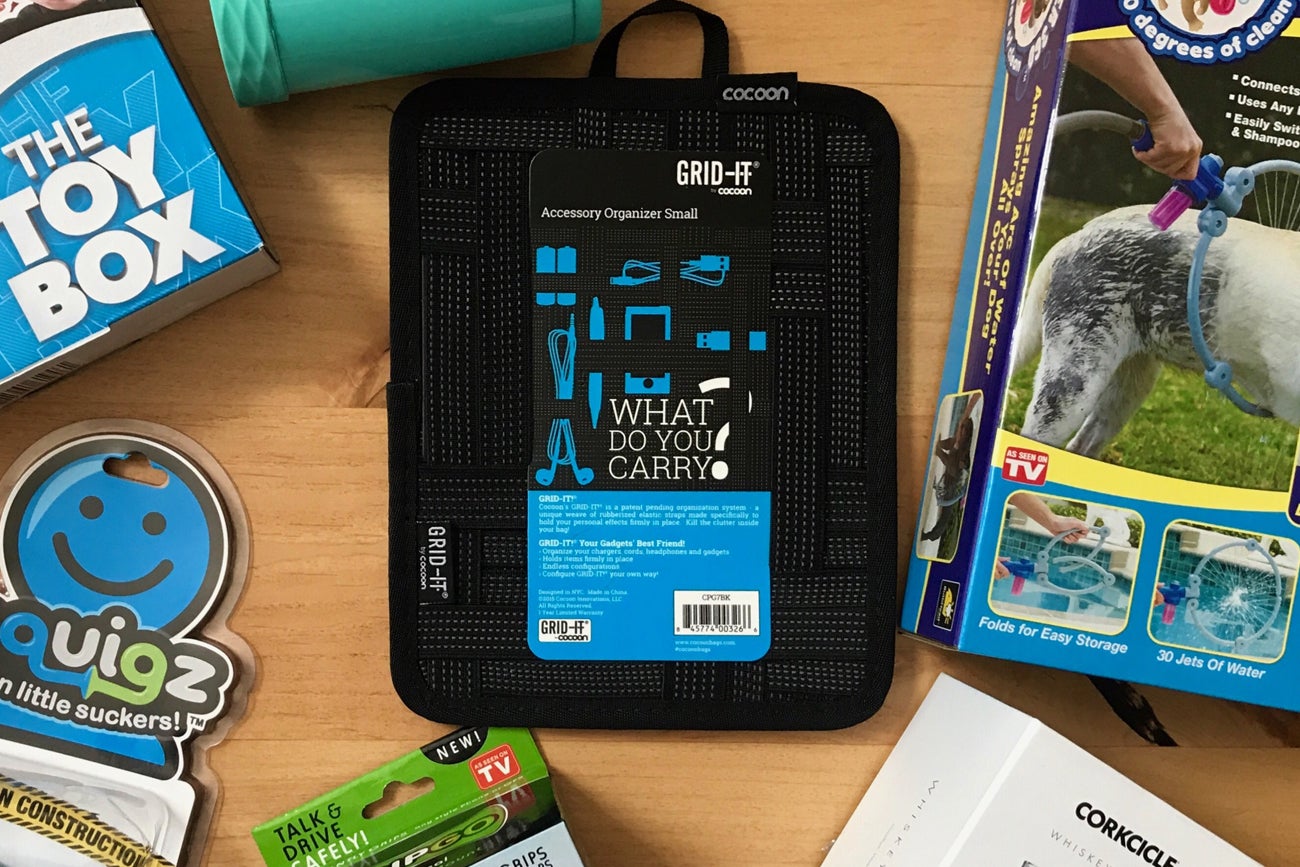 The products pictured here were invented and licensed by students of inventRight, the writer's coaching program.
Image credit: Stephen Key

Along the way: Adopt the mindset of a detective. Don't set out to prove your idea is new. You're on a fact-finding mission. Have fun! Type in multiple variations of your search terms.

With time and patience, you can teach yourself how to search for prior patents. (The technical term for what I'm referring to is prior art. On a basic level, prior art is evidence that your invention is already known.) The United States Patent and Trademark Office has many resources. To be clear, I'm not asking you to search for prior patents because patenting is of supreme importance; it's not. In the vast majority of the licensing agreements I've helped negotiate, there have been no patents involved at all. What you discover during this stage of research will help you craft a road map forward.

How do you read a patent?

Once you find a patent that's akin to your idea, save yourself time by looking at the drawings first. If what's depicted is indeed similar to your idea, read the patent's Abstract section for an overall view of the claims. Next, read the Claims section (which defines what the invention is) thoroughly. What is being claimed?

Don't hesitate to read the patent over and over again until it's fully clear. The truth is, claims are often awkwardly worded. If you're struggling to make sense of one, don't assume the problem is you. A patent that is well done will be clear to anyone (including members of a jury) trying to grasp its meaning. Others are written very poorly.

If you're still having trouble, ask for help. Patent attorneys and patent agents can help you determine if the patent is too close to your idea. (Here's an article I wrote about how to find affordable legal help.) You could also hire a search firm to help. I strongly recommend that you first try teaching yourself. With hard work and intention, you can become great at searching for prior art. My book Sell Your Ideas With or Without a Patent explains how to do so in detail.

If you find a patent that is very close to your idea, you have a few options:

For example, on the last point: You could reach out to the patent holder and ask to license the idea from him or her.

I've executed the latter move successfully, and so have my students. The right approach is to reach out as a curious consumer. Tell the inventor you love the product. Ask where you can purchase it. Nine out of 10 times, if it's not on store shelves, the inventor will tell you what happened.

Maybe he or she ran out of money, didn't know about licensing, couldn't figure out the necessary manufacturing and so on. This information will be gold for you. You might be the best call this individual has had in a long time! Contact a licensing attorney to draw up a one-page agreement giving you time to see if you can license the idea.

Prior art, by the way, doesn't worry me. A large number of ideas that are patented never make it to market. Most likely, the concept was overdesigned and couldn't be manufactured.