Hearing INJAZ Al-Arab President and CEO Akef Aqrabawi talk about the organization’s goal to have its education and training programs reach one million students annually in the Arab world by 2022, I’m struck by two things: first, the ambitious nature of this particular objective, and second, Aqrabawi’s resolute belief that this target can indeed be achieved- if provided with the requisite support. As a non-profit entity, INJAZ -which is the regional operating center of the global Junior Achievement (JA) Worldwide network- is reliant on its partners both in the private and public sectors to not just provide it with financial support, plus also provide them with their resources to act as volunteers to conduct its programs for students across the region.

INJAZ’s programs, which fall under the domains of financial literacy, workforce readiness, and entrepreneurship, aim at equipping youth with the skills they need to succeed in today’s world of work- these are things that traditional academia in the region are (unfortunately) not teaching them, but are absolutely needed (and demanded) by businesses in the current market landscape. One could say that there is thus an urgent need for education reform in the region- but according to Aqrabawi, waiting for that to happen –even as the Arab world already struggles with rising unemployment figures as well a rising youth population- is simply not in the Middle East’s best interests.

“Every single year we miss, there will be massive, massive wave of youth coming into the private sector marketplace, seeking an opportunity that does not exist,” he notes. “And that is our role as INJAZ Al-Arab- to provide them with the skills they need to enter the marketplace properly in the future.” Indeed, that’s why an enterprise like INJAZ, doing what it does, is so critical for the Arab world, Aqrabawi points out. “The number of youth in this region: we are talking about 200 million students- 65% of them are under the age of 25,” he says. “There is a big need for this program… Our purpose is to equip our young people to drive the economy forward.” 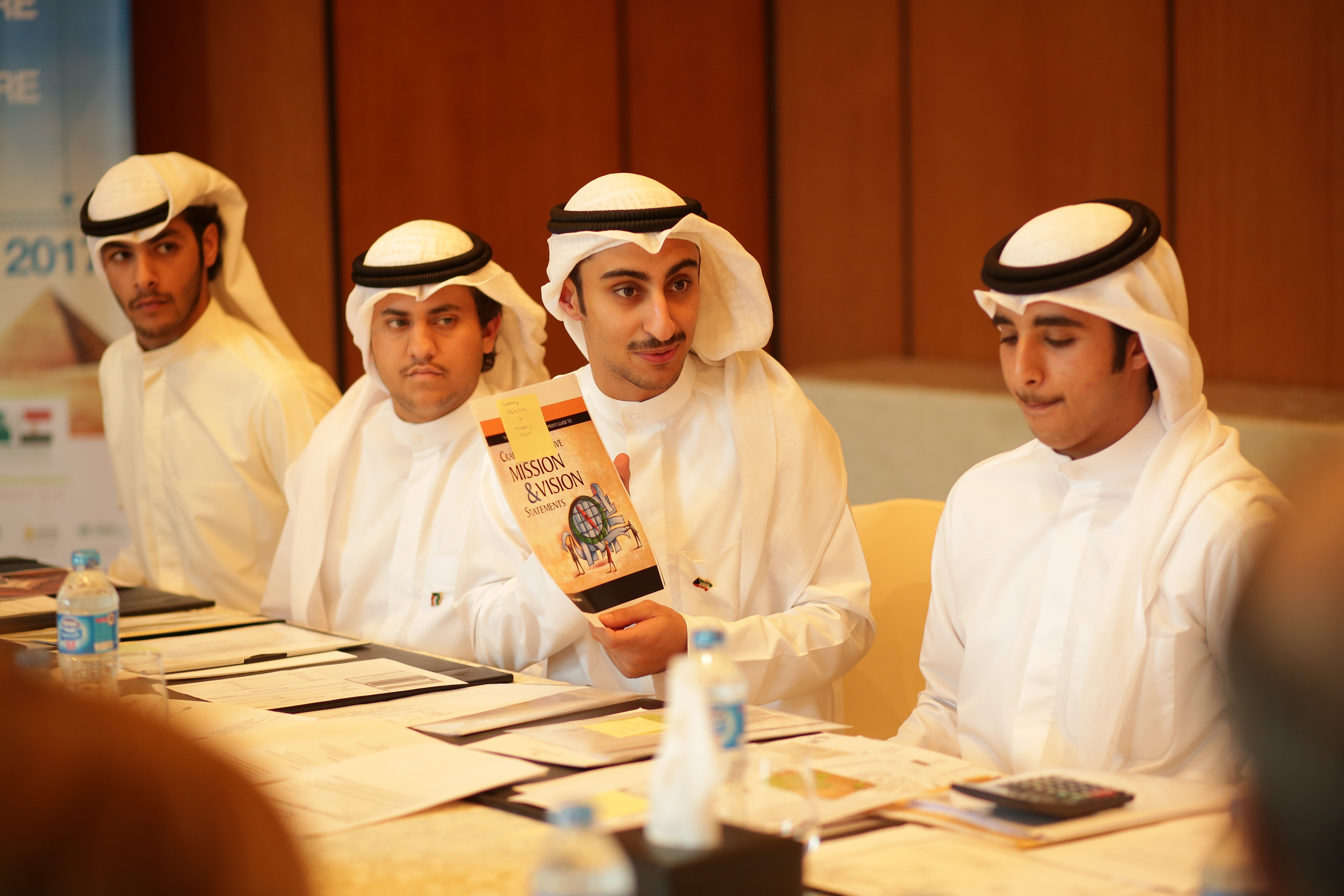 But while INJAZ may have a lot more to do for the future it seeks to realize, this organization has, in the years it has been in the region, managed to accomplish a lot already. Since its launch in 1999, INJAZ has seen over two million students from 14 countries participate (and benefit from) its programs, which has been backed by government authorities from across the region, as well as corporate partners from a variety of industries- the list includes companies like Boeing, J. P. Morgan, Deloitte, McKinsey & Company, and several others.

In terms of impact, Aqrabawi has plenty of stories to share about students that he personally saw go through an INJAZ program, and come out as transformed individuals with renewed vigor and purpose. One such INJAZ alum he proudly points out is the founder and CEO of the RiseUp Summit, Abdelhameed Sharara, who, as Aqrabawi fondly remembers, went through INJAZ Egypt’s Company Program in 2009, which was a precursor to the entrepreneurial endeavors he put his name to afterward.

While Aqrabawi is understandably exultant about how Sharara and other INJAZ alums like him have progressed with their lives, he believes that the more important thing to consider is the number of youth in the region that are missing out on a better future, simply because they haven’t been guided to realize it for themselves. “I do believe that our youth, in general, have something deep down inside them that needs to be discovered,” Aqrabawi says. “They are talented, but they need an opportunity. They need a vehicle to get them to the right destination.”

And INJAZ is certainly trying to be just that. Aqrabawi explains that INJAZ’s programs for students, which are administered by volunteers from its corporate partners, enable young people in the region to enhance their employability, while also allowing them to experiment with their entrepreneurial capabilities as well. Note here that the volunteers are being more than just instructors- given that they are professionals with jobs and careers of their own, they serve as much needed models or inspiration that students can aspire to become. 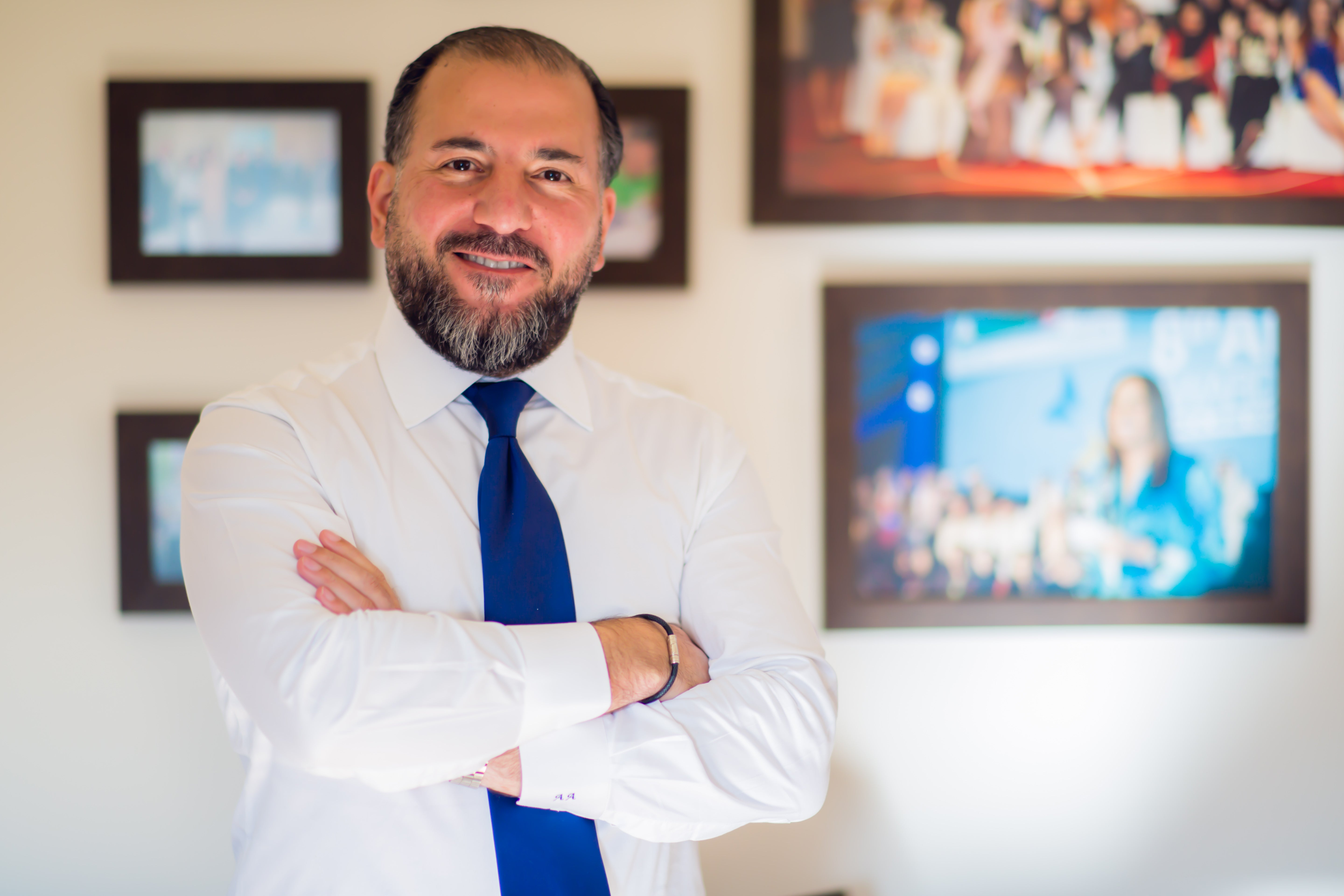 “The beauty of our model is in that we bring in those in the private sector to tell the youth about their journeys- they will learn a lot from those experiences,” Aqrabawi says. INJAZ is, thus, essentially expanding the horizons that the youth can look out to- as he put it, if one doesn’t see the possibilities, one simply won’t know how to tap into those opportunities. “Our youth, in general, are not exposed to what is available in the marketplace,” Aqrabawi explains. “They don’t understand what are the growing and trendy industries that they need to look at, from now until, say, ten years.”

Such a mindset also explains why INJAZ has kept entrepreneurship as one of its core pillars for the programs in its portfolio. “I do believe that if you instill entrepreneurial thinking [in children] from an early age, this will definitely benefit them, and also keep the pipeline [of new entrepreneurs in the marketplace] going, when they actually grow up in the future,” he says. “If you look at INJAZ’s Company Program, for example, the journey that students in it go through, starting from coming up with the idea, conducting a feasibility study, marketing research, even raising capital- it will change their mindset.”

Aqrabawi speaks from experience, of course- he’s been working with INJAZ for more than 17 years now, and in this time, he has seen first-hand the effect it can have on students, and the positive change that further occurs as a result of that. “The key point is our youth,” he says. “When you see them talking about their products, the companies that they made, the impact you have had on them, yes, that’s definitely something that makes us proud.” This is, in essence, what drives Aqrabawi and his team at INJAZ to do what they do- and it’s also a pointer for the rest of us to support them in what they do. After all, the future of this region is, as Aqrabawi tells me, something that’s absolutely worth working for.