How This Franchisor Found Sweet Success With an Ice Cream Experiment

Creamistry's Jay Yim took a crazy experiment in his garage and grew it into a global ice cream brand.
Next Article

Jay Yim’s family has long been in the business of sweets. His grand­father owned bakeries in South Korea, and when his family moved to the United States, his father opened a chain of bakeries across Southern California. As a kid, Yim worked every job the bakeries had to offer, from sweeping the floors to baking bread to eventually managing locations.

Related: Want to Start a Food Business? Check Out How This Company Crafted Its Culture, Structure and Offices.

Years later, Yim decided to follow suit and open an ice cream shop. He knew he needed to stand out, so he thought back to a unique street vendor he’d seen in South Korea. He was selling ice cream made with liquid nitrogen, which flash-freezes creamy mixtures to produce an ultra-smooth treat and a playful smoke show that delights customers. After two years of tinkering and testing in his garage, Yim perfected his formula and opened the first Creamistry store in 2013 in Irvine, Calif. Today there are more than 50 locations across four states and three countries, and Yim expects to open 100 stores in China over the next three years.

What was the toughest part about getting this idea off the ground?

The learning curve [of owning a business]. Just continuing to improve our recipe and the method with which we make it. At the time, there were few brands really doing ice cream using liquid nitrogen, so we had to learn the whole concept by ourselves out of our garage. Funding was a big challenge, as were vendor relations. We went through three contractors and two or three architects, going way over our budget on construction of our first store. We missed our opening deadline by almost a year, and all along we were paying rent.

Once you opened shop, was it difficult to explain the concept?

It was an educational process. When you enter our stores, we have a big glass wall that explains the Creamistry difference, how the liquid nitrogen creates a better product. It’s richer and creamier because liquid nitrogen freezes the mixture so quickly that it doesn’t allow any ice crystals to form, and you get a much smoother texture. We created YouTube videos and point-of-sale scripts to help customers understand our product. 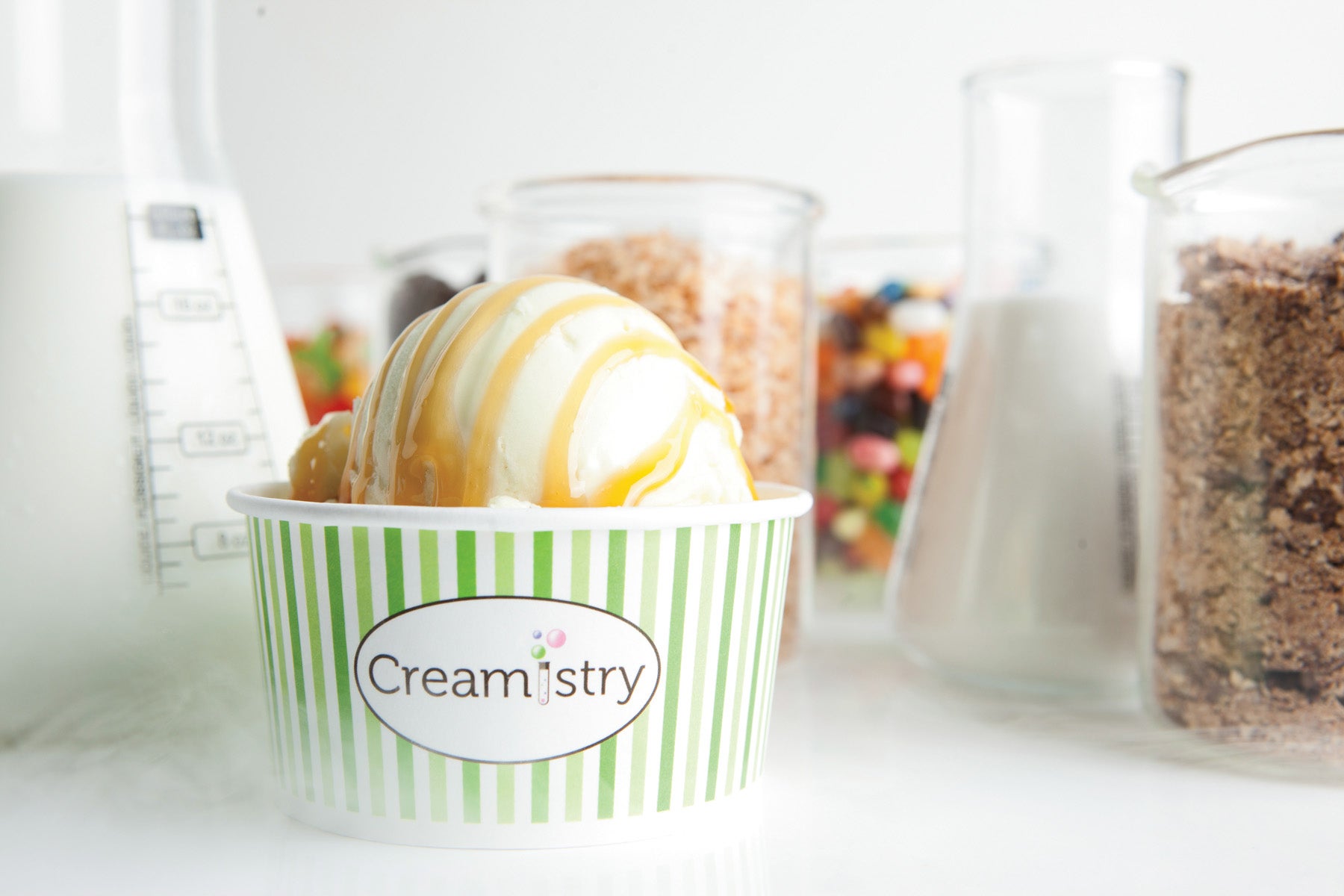 At what point did you realize you could franchise this idea?

When we opened, we had lines out the door and were extremely busy for the first six months. We didn’t know anything about franchising, but we had a lot of people approaching us from day one. Three months in, I had well over 1,000 email requests to franchise. So we called a franchise attorney and started learning the ropes. When we got the approval to franchise, we got 1,000 applicants; we closed about 10 deals in the first month.

Related: How This Man's High School Job Evolved Into a Food-Franchise Career

With that level of interest, how do you narrow the pool and select franchisees?

What’s the most important ingredient for each store’s success?

Customer satisfaction. When we see families come in, they like the product, and they like the experience of the liquid nitrogen smoke show. We don’t believe we’re just selling ice cream. We’re selling an experience.