Riding The Wave (Of Success): Philip Stein President Will Stein

By Tamara Pupic March 26, 2018
Opinions expressed by Entrepreneur contributors are their own.
You're reading Entrepreneur Middle East, an international franchise of Entrepreneur Media.

Celebrity endorsements make a powerful impact on the audience of a particular brand. As a general rule, a business enlists product endorsements from individuals with enough personal brand value, once it is capable of making such an investment and also shouldering the resulting rise of sales and stock returns in a very short span of time. This is almost the story of Will Stein, co-founder and President of Philip Stein, a US-based wellness lifestyle brand- but not quite.

Stein, a former marketing executive at Lufthansa, founded Timezone, a promotional and private label watch company, in 1998, with his wife, Rina. Not long after, the 2000 dot com collapse cut the budget for promotional gifts of many companies, leading the husband-and-wife entrepreneurial duo to a choice of either shutting down or upgrading their business, which would require creating a watch more resistant to market volatility. In 2002, the Philip Stein watch brand was born, and it has since grown into a full range of watch and accessory products featuring the brand’s proprietary Natural Frequency Technology.

“Our Earth has a frequency, and we as human beings are in sync with them, but the problem is that we are also bombarded by man-made frequencies from today’s technology, and that has been increasing more and more,” explains Stein. “That creates imbalance and disruption in our natural balance with Earth. What we have created is basically an antenna, a metal disc placed inside of our watches and bracelets, which captures and harnesses natural frequencies, and channels them to our body. We are frequency beings, and can have the benefit of increasing the reception of those that are natural. We have three categories, and the first consists of watches and day bracelets that help you keep more in harmony with yourself. Some people call it yoga on the wrist. Then we have a category of sleep bracelets that help you improve the quality of sleep. And then we have Horizon Sport bracelets, which are for alertness, focus, and more energy.”

Back in 2003, it was these unique features that grabbed the attention of no less than media mogul Oprah Winfrey. The background story is that Stein reached out to one of the personal assistants of Madonna, who was supposed to appear on Winfrey’s eponymous television show at the time, and then managed to get the famous pop star to give a Philip Stein watch as a gift to Winfrey. The story would have ended there, had it not been for Winfrey being so impressed by the gift that, by the end of that year, Winfrey presented the watch to her large audience, not once, but twice, in the ‘Favorite Things’ segment on her show. Riding the wave of this unexpected success was overwhelming for Stein- but it was manageable as well. “When we started, we were only a watch company with a well-being benefit, but we hardly had any money,” he remembers. “We used the little bit we had, and then I had to go to my suppliers, and tell them that I had a verbal agreement with Oprah Winfrey that we were going to be on her show, although I couldn’t show him a contract, so I needed them to manufacture at least 10,000 pieces. If I hadn’t had enough supplies, I would have drowned. He had to trust me a lot, which, fortunately, he did.”

Eventually, the brand began to see rapid growth for itself, as its customers reported more restful night time sleep, increased concentration, less tension, and improved overall wellbeing. As for Stein, this period was a pretty memorable part of his entrepreneurial journey. “At the beginning, it was just two of us, and two more staff, and it was about putting out fires every now and then,” Stein remembers. “There was no time for business plans and corporate strategies. It just came over us like a wave, but the most important thing was that we would surf on the wave and not be drowned by it. After Oprah, all big department stores wanted our watches, so it was just about shipping them out. We didn’t even need to sell.” 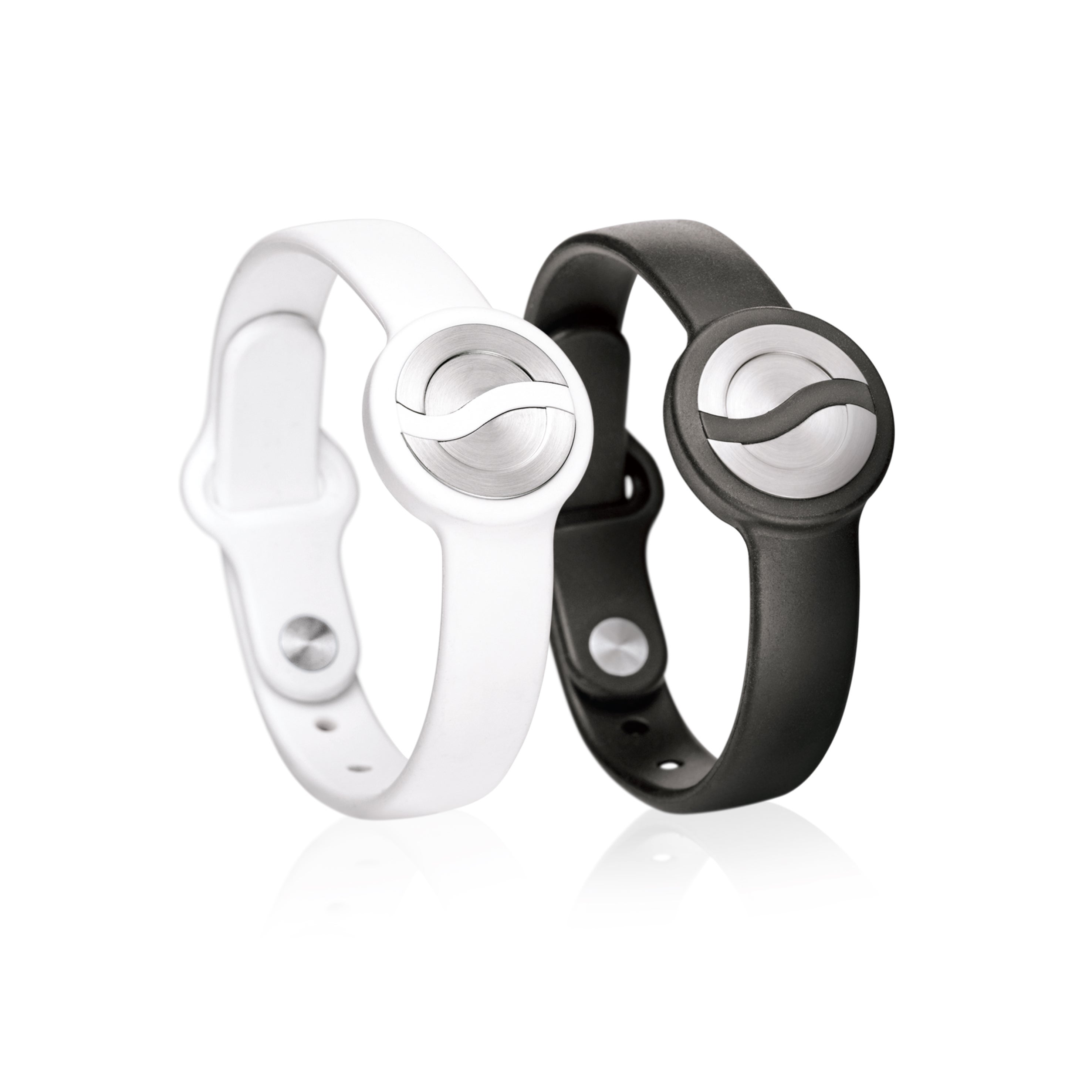 The Philip Stein Horizon Sport Bracelet is designed to support a busy and athletic lifestyle. Source: Philip Stein
Today, Philip Stein offers a variety of products in the three categories of Sleep, Focus & Performance and Less Stress. These are distributed in over 30 countries around the world, including in the UAE, where Al-Futtaim Watches & Jewellery, a part of the Al-Futtaim Group of companies, is an exclusive distributor of Philip Stein products. Stein says that he and his wife have preferred the company to grow organically from the very beginning. “It’s all a self-funded business,” he says. “We never had any investors, just my wife and I. And we’ve never had a line of credit from the bank. Recently, we’ve had a few conversations with outside investors, because if you want to grow into a big company, you probably need to have outside capital. So, we are still in talks with investors from Singapore, but for the previous 15 years, we have never had an outside investor. And the truth is that when I ask myself whether I want to have an outside investor, the answer is: ‘Not really.’ My wife and I always jokingly say that our board meetings happen at the dinner table. It’s nice to have that.”

The Zurich and Miami-based company have 40 staff on their books, who are subjected to Stein’s free and open management style. “I don’t believe in hierarchy,” he says. When asked for advice on how to decide whether a new product has an industrial application, Stein replies, “I believe that, as an entrepreneur, you have to follow your intuition, you have to feel that this is the right product for yourself first, and that it has a market for other people out there as well. If you don’t see the necessity of this product for yourself, and you are just in for the money, it is not going to work. There are many technologies out there which, in my opinion, are not useful. You have to ask yourself whether you would use your product and on a consistent basis, or not. In small or family-run businesses, things happen very quickly both to the positive and to the negative, so you always need to be able to have a fast reaction. Sometimes you don’t have time to plan out things well, so you do need to rely on your intuition.”

In the current business scenario, Stein again follows his intuition, telling him that there is no need to fear the rapid market acceptance of smartwatches due to today’s customers shifting from material luxury to more experiential luxury. “The reason why I’m not afraid of the smartwatch business is because smartwatches are monitoring devices, whereas our products help you to improve your patterns of sleep, energy levels, and so on,” he says. “So, it is a very different product. We started out as a watch company with a well-being benefit, and our goal now is to find a footing in the well-being field. It is because with watches, you are very limited.”

The Philip Stein Men's Two Tone Gold Watch not only tells the time, but also benefit the well-being of the wearer. Source: Philip Stein

Going back to the start of this story, it is worth asking Stein for an opinion on today’s social media influencers, and using them as a marketing tool. “It is very different today,” Stein says. “15 years ago, there were still celebrities, such as actors or singers, and we still have that as well, but today, one can become a so-called celebrity overnight by posting a crazy YouTube video. The approach today is completely different. When we were endorsed and presented to the public by Oprah, we didn’t pay her a penny, because nobody can pay Oprah to introduce a product. She simply chooses what she likes. Today, we are looking much more into social media and its influencers, but it is still very important for us to have ambassadors who are not only on social media but who have accomplished things. For example, one of our ambassadors is Christian Taylor, who is a two-time golden medalist at the Olympics. Also, it is all about social media, whether they post it or we do it, but it is important that it is not somebody who promotes 20 brands, but somebody who is authentic about what they do. The crucial thing about us working with influencers or ambassadors is that we send them a product, and request them to try it, test it, and if they feel the difference in, for example their sleep patterns, then we can talk. So, authenticity is very important.”

In conclusion, the veteran entrepreneur opines on the current entrepreneurial landscape around the world. “Today, you have companies which are valued at millions of dollars, and they haven’t made a penny of profit, not even a penny of revenue,” Stein notes. “In the internet business, it is all about eyeballs popping out that you can attract. It obviously does work, but do we create value with it? Is it a long-term thing? I’m not so sure. Entrepreneurs should try everything, but their product needs to be useful, and has to make sense.” Stein speaks from experience, of course- and it’s definitely a paradigm that others can learn from.

Related: Mirzam's Kathy Johnston On The Chocolate Making Process, Being Part Of Expo 2020 Dubai, And More