Gurugram-based MamaEarth is looking to solve the daily struggles of parents by developing safe and toxin free baby and toddler products.

By Rahul R April 26, 2018
Opinions expressed by Entrepreneur contributors are their own.
You're reading Entrepreneur India, an international franchise of Entrepreneur Media.

Of late, new startups in India have been leading the way as far as mitigating critical issues is concerned. These ventures are driven by passion to actually develop models to solve issues that plague the masses in general.

Gurugram-based MamaEarth is looking to solve the daily struggles of parents by developing safe and toxin free baby and toddler products. According to media reports, the start-up now raised INR 130 crore in a funding round led by Sequoia Capital India. The round also saw participation of existing investors including Fireside Ventures, Stellaris Venture Partners and Sharp Ventures.

The reports revealed that the funding will be deployed to acquire 5 million new customers. It also plans to launch more internet-first and millennial consumer brands and expand operations to parts of Southeast Asia. The start-up is aimed at bulding a INR 500-crore brand by 2023.

Prior to this, the start-up had attracted venture capital from Bollywood actress Shilpa Shetty Kundra who pooled in nearly $ 250,000 in a venture round held on April 20. In a bid to analyse the fund-raising aspects from a venture and entrepreneurial point of view, Entrepreneur India interacted with Varun Alagh who is the Co-Founder of MamaEarth.

As per Varun, the key to starting MamaEarth in 2016, was to mitigate the need for safer products for mothers and kids in India.

“We believe Indian child and mother care market is at brink of a disruption & we would like to be a strong cause behind the same,” states Alagh to Entrepreneur India.

“In the last 15 years while the GDP per capita has become 4 times in urban India, fertility rate has halved leading to an 8X increase in potential childcare spends,” explains Alagh.

He cautions that the above trend is also on the rise significantly, intensifying the need for new mothers to adapt customized solutions for themselves as well as customized care for their children. Alagh also reasons that the market for mother care in India has been non-existent largely.

“The market is extremely under developed with penetration at 24% and market leader J&J having almost 75% market share.”

Also, with e-commerce and digital penetration in India now impressive, Alagh states that the ability to reach out to more geographies has enhanced thereby playing a vital role in ensuring mother and child care throughout the country.

As far as its investments are concerned, MamaEarth is backed by Fireside ventures along with some key angel investors, Shilpa Shetty Kundra and now Sequoia Capital India.

“The company has hit a GMV of more than INR 1 Crore per month,” states Alagh. He also informs that MamaEarth has been hitting EBITDA profitability multiple months.

At this point in time, the venture has raised over USD 1 Million over three rounds of funding.

As far as convincing Shilpa Shetty Kundra to invest venture capital is concerned, Alagh states that the process was not at all easy. 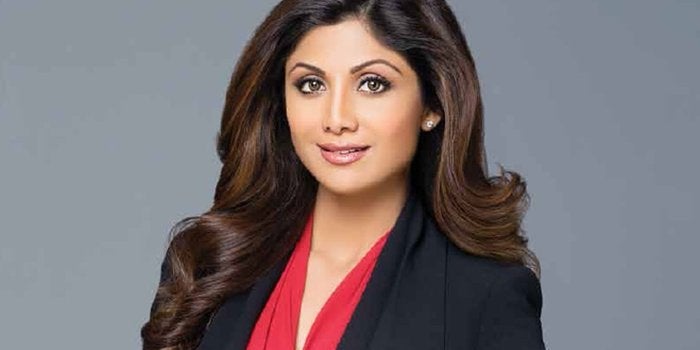 “For us, the process started almost a year back with finding ways to get a window with her which took three months after sending in multiple pitches. Post our meeting we gave her all our products to try herself and on Viaan (son),” recalls Alagh.

He states that even after testing of products, Kundra indulged in research of her own to study in depth the concept at MamaEarth after which she decided to back the venture by on-boarding as an equity investor.

“On our part, we strongly believe in the power of credible voices which we have been testing over a while now with peer influencers like bloggers and Instagram influencers. We needed this voice to have a strong synergy with our brand value. Shilpa fit in perfectly here,” adds Alagh.

With respect to MamaEarth’s technology-driven models, Alagh explains that his team works on creating relevant content to reach out to people who come in with specific queries, rather than use a standard marketing message. He calls this strategy as the “Inbound Approach”.

Along with the above, Alagh explains that it was the focus on digital “funnels” that also acted as a USP whilst connecting with investors.

“The beauty of digital is you are able to complete the marketing funnel from awareness to conversion with the same targeted consumer. This entire cycle is called a funnel and that’s what we focus on building for our products,” states Alagh.

Finally, unwavering focus on e-commerce also managed to strike the right chords with both consumers as well as investors.

“Raising funds is one of the most romanticized affairs in a startup’s journey especially in recent times. I meet a lot of young entrepreneurs who want to raise big,” describes Alagh. He has the below pointers for the newbies:

“In general try and don't raise any funds till you really need them. Raise them when you know that now you have exercised all options around you optimally to hack growth and only more capital can unlock sustainable growth. “

To synchronize with the above, Alagh also recommends the newbies to cultivate the right Networks, beyond money, to open new gates to ecosystems.

“So when raising funds don't just raise money, raise value; bring partners who can help you build a larger business with that money,” signs-off Alagh.