Rip Van Wafels can now be found in Starbucks stores as well as thousands of other retailers.

Rip Pruisken, co-founder of snack maker Rip Van Wafels, runs his company like a technology maker: constantly trying to iterate and improve on the original product.

"Technology is developing quickly, but food is also a form of technology," he says. “If something was invented 70 years ago, that's great, that's awesome, but you have to improve upon it."

It's not like his company's products, a wafer-like cookie based on Dutch treats called stroopwafels, need to be improved. Rip Van Wafels is already sold in 12,000 stores, including Fairway and Starbucks, as well as available in the kitchens of big tech firms, including Square. But Pruisken won't rest on Rip Van's six successful years of business. 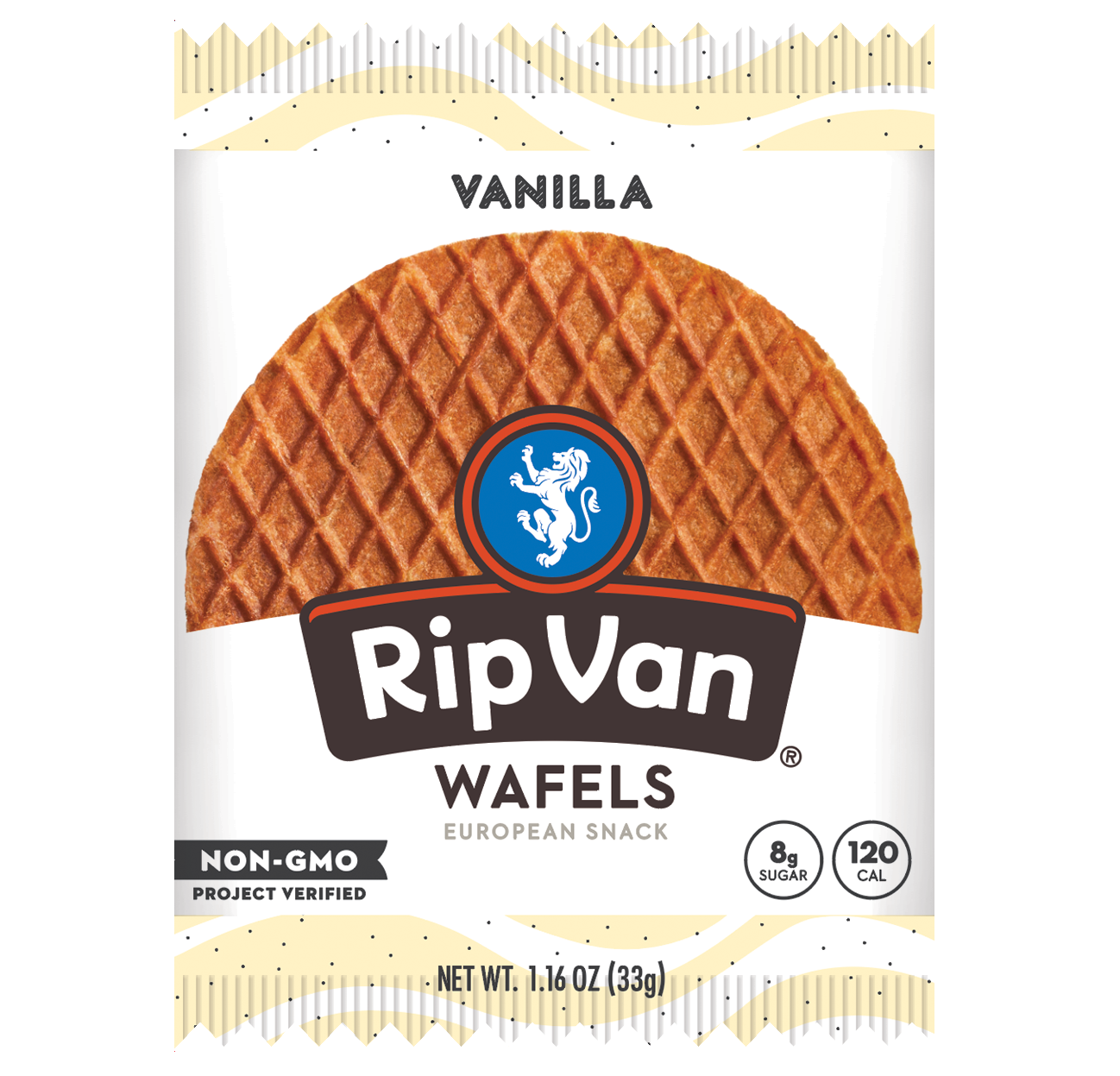 "There's so many brands and there's so much innovation,” he says. "The idea is to basically launch every two years a healthier product but still maintain the taste and design."

Since its founding, Rip Van Wafels held a successful Kickstarter campaign for $23,750 and then raised more than $3 million from mostly angel investors.

Entrepreneur spoke with Pruisken about starting the company, stalking Howard Schultz and the importance of luck.

I grew up in Amsterdam eating this delicious treat called the stroopwafel. Freshman year at Brown University I brought a ton of stroopwafels with me and gave them to my new college friends, and they disappeared. But it was not until my junior year that I realized I wanted to start a company. I did a little bit of research and realized the cookie market in the U.S. is $7 billion, the snacking industry is really growing, so there's a business opportunity here.

What if I could basically take the best from Holland and improve upon it? Make the product healthier, create flavors that Americans like, position the product in a way that it would be appealing to people here and in so doing try and make this type of product a staple in the U.S. At the time everyone thought I was nuts. I had a summer offer senior year from a restructuring firm, and I was like, Screw that, I'm going to make wafels.

What steps did you take next?

The first step was to make the product and see whether people actually liked it. I went back to Holland. After doing a little bit of sniffing around, I met a few experts and got some guidance. I went back to college with industrial waffle irons in hand and started to try and perfect the recipe.

When did you start selling them?

I had a sale on the college green, sold them for $1.50 and sold out very quickly. I then packaged them and sold to local stores.

Once we got the right packaging and worked on the shelf life, we had a product that we could distribute. That's when we really started to scale. I went to 80 to 90 tech companies, because tech companies were starting to give snacks for free to their employees as a perk. I managed to get in touch with a friend of mine from college who worked at Square, and he introduced me to the Square office managers buying snacks. We went from selling them a couple of cases a week to 10 to 20. Then they told us that we couldn’t order from you anymore; we had to go through their distributor.

Is there a story behind getting into Square?

Distributors are hesitant to bring anything new because there's so many products. Because Square wanted it, they were more open to bring our product in. I had no appointment; I just walked into the office past the reception into the sales manager's office.

[After Square], we started working with the distributor and got exposure to a lot more tech companies, and the product went viral in the Bay Area. That's what gave us a second wind as a business.

What was the first big retail distribution that you got and how did it come about?

Starbucks. In 2011, Howard Schultz had just written his book, so he was doing a book tour. So Marco [De Leon, the co-founder] was like, why don't you go and try to meet him. In San Francisco he was doing a book signing, and I managed to give him a Rip Van Wafel and a letter.

We had a much more compelling story to tell when we met with the Starbucks team. They basically tested it out in various locations around the country and then after the test, they launched us nationwide in 2016. 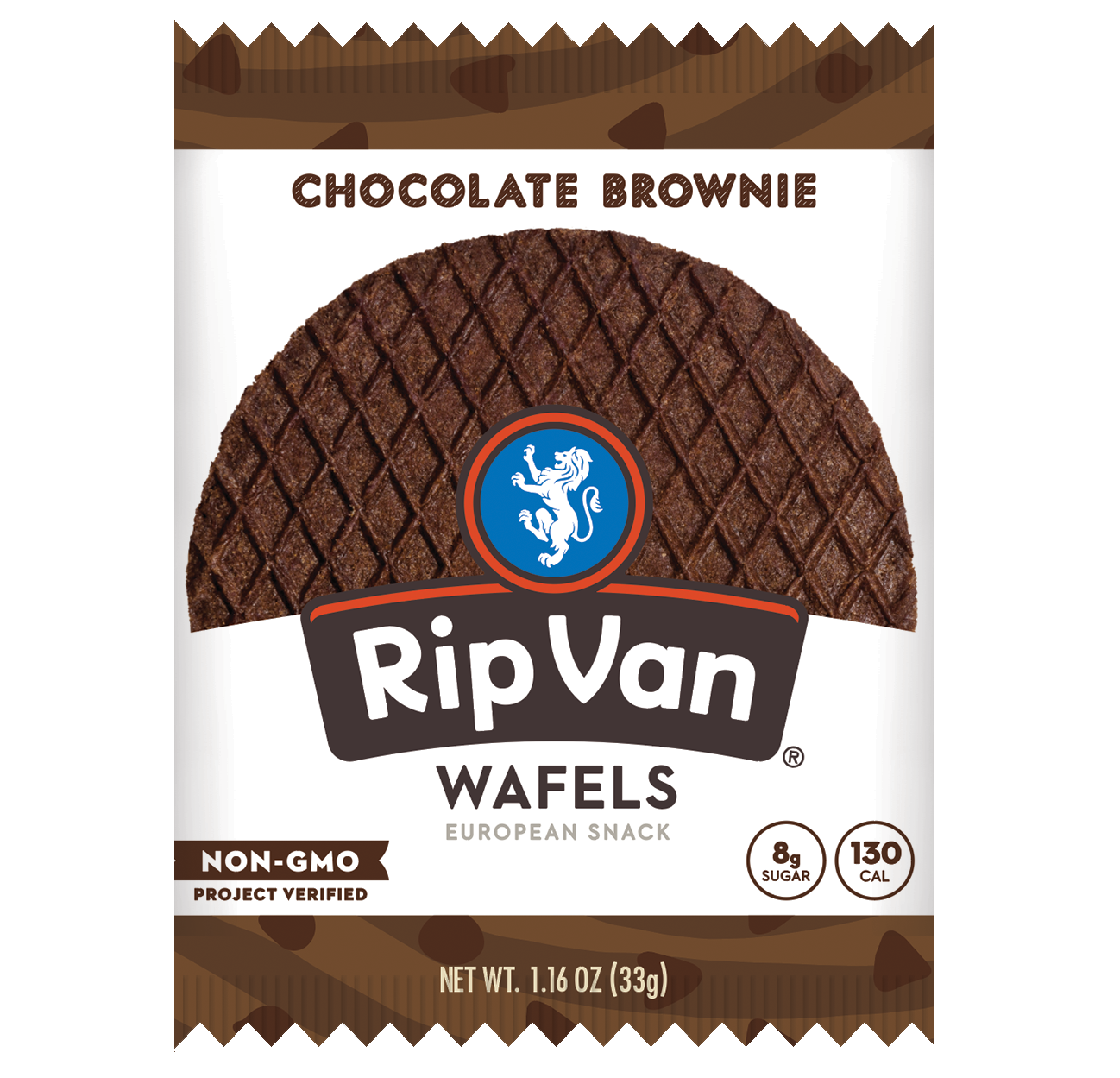 From both your Square and Starbucks experience, what do you think is the biggest lesson that entrepreneurs can learn?

There's an element of luck. I'm not going to take credit for that. There's a lot to be said for having the courage to try and figure out a savvy way to achieve your goal. It's not about blind foolhardy courage; it's about being tactful and strategic.

One challenge that is universal for founders is figuring out how to have enough capital to get the business to the next stage, whether it's by generating cash flow that can fund the growth or a combination of that and raising capital. When I started Rip Van Wafels, we had to really focus on developing relationships with people that saw that the idea had legs.

Another big challenge is team, because the company is a group of people working together to make and sell a product. The better your team is, the higher the output is going to be.

Was there any specific tactic that you used to get the right balance for a team?

Selling the products to customers that expose the brand to as many eyeballs -- and the right eyeballs. You sell them on it based on how it was done before, and if you have no data whatsoever, you either give the product to them to try it out and then use that case study as a selling point when you sell it to someone else.

But the key thing is to really see if the product can sell. Sales is the strongest signaling of whether your product has market fit or not -- it's velocity, repeat sales and understanding who you're selling to and how you can scale that range.

What's the most unusual thing either about working in the cookie space or in food in general?